Press freedom in Australia needs much more than piecemeal protection

Alone among the Five Eyes, Australia has no explicit protection of journalists in the exercise of search warrants. 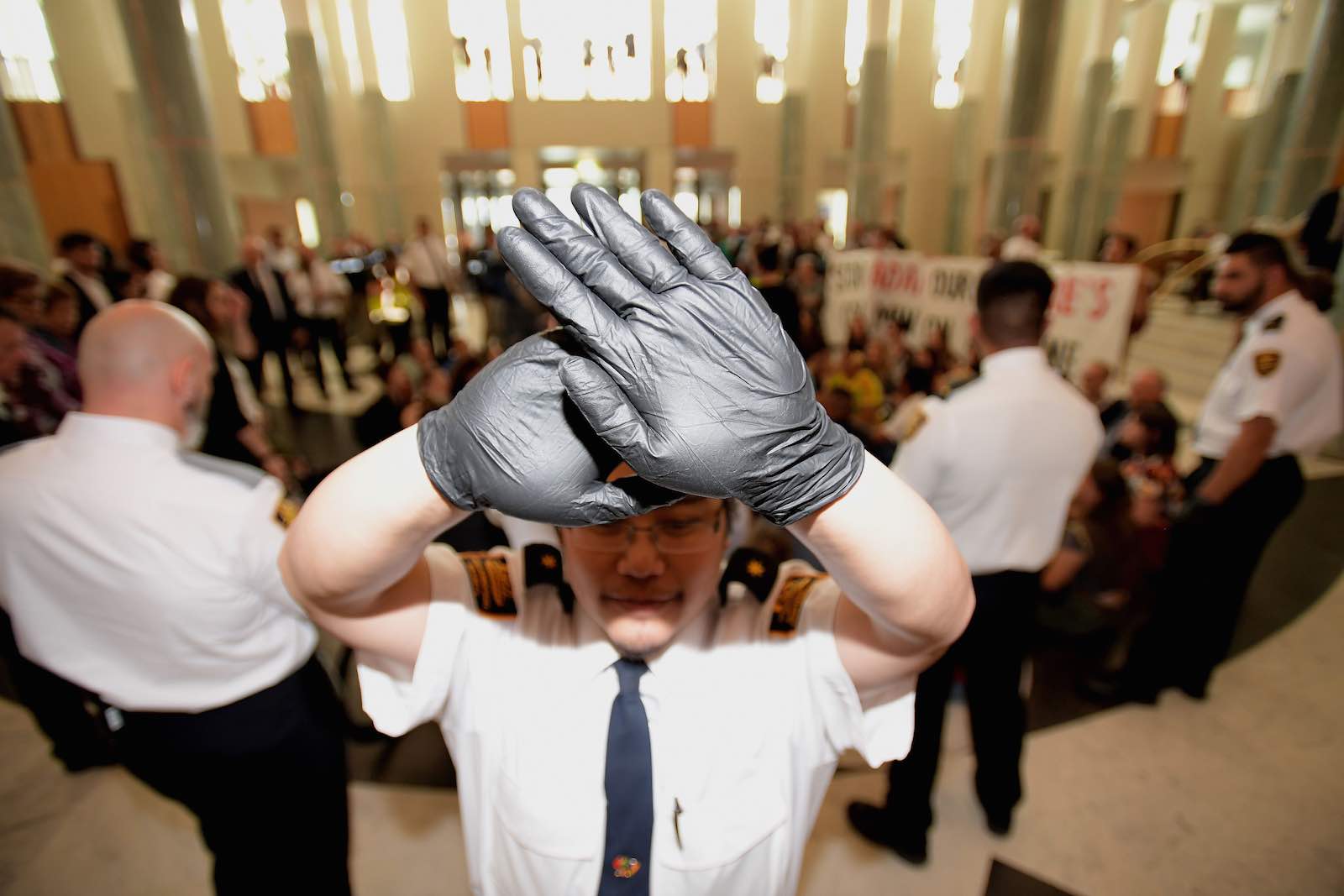 This week in the Australian parliament, the Joint Committee on Intelligence and Security held the first public hearing for its inquiry into press freedom. The inquiry follows raids in June by the Australian Federal Police on the home of a News Corporation journalist and the offices of the national broadcaster ABC, although the committee’s remit is to examine more broadly the impact of national security laws on press freedom in Australia.

The committee is chaired by Andrew Hastie, who recently spoke out about the growing threat from China. It comprises members from both major parties, including former Human Rights Commissioner Tim Wilson, Shadow Attorney-General Mark Dreyfus, and Shadow Home Affairs Minister Kristina Keneally.

The inquiry provides an opportunity for the federal government to consider the impact of Australia’s many counter-terrorism laws and to strengthen the right of all Australians to a free press. Press freedom falls under obligations in the International Covenant on Civil and Political Rights and is considered by the United Nations Human Rights Committee to be “one of the cornerstones of a democratic society”.

The other Five Eyes intelligence-sharing partners provide useful models. Australia is alone among this group in having no explicit protection for journalists in the exercise of search warrants by police.

Unfortunately, Australian law does not currently provide clear and unambiguous protection for freedom of the press, or freedom of speech more generally. Australia remains the only democratic nation without constitutional or statutory protection of human rights at the national level.

A recent decision by the High Court confirmed that the freedom of political communication, implied from sections 7 and 24 of the Australian Constitution, is not the same as having an individual right to freedom of speech. And while Freedom of Information laws provide some means to compel government transparency, their effectiveness has come under recent fire for long delays, understaffing, and unnecessary secrecy.

Since the 9/11 attacks, Australia has enacted 75 laws related to terrorism. Many of these have an impact on the ability of media organisations to report freely on national security matters. Much of the discussion in the committee hearing focused on recent laws, including the metadata regime and the Espionage and Foreign Interference Act. However, many others are relevant and should be examined, including disclosure offences attached to Preventative Detention Orders and ASIO’s controversial detention warrant powers.

Most of these laws were enacted very quickly in response to a terrorist incident or developing threat, such as 9/11, the 2005 London bombings, or the threat posed by ISIS. The result is a substantial body of offences and powers, all with different requirements, penalties and procedures. Designing an appropriate model to protect press freedom in these circumstances is a difficult task.

One solution to provide greater protection for press freedom would be a “Media Freedom Act”. This could amend various disclosure offences to allow the publication of information in the public interest.

The “public interest” could either be left undefined, so that the meaning of this term could be determined by a court, or it could be defined more narrowly. A narrower definition would allow journalists to publish sensitive information leaked to them by government officials only where that information plainly reveals some substantial wrongdoing or illegal behaviour.

The committee will also need to determine who should be able to claim these protections. If the protections only extend to established media organisations, such as the ABC, Channel 10 or Newscorp, many freelancers or journalists-in-training may still fall foul of the law. If journalism is defined broadly, however, then potentially anyone could claim protection for posting sensitive national-security information online.

The other Five Eyes intelligence-sharing partners (the UK, US, Canada, and New Zealand) provide useful models. Australia is alone among this group in having no explicit protection for journalists in the exercise of search warrants by police. This is only one aspect, though a major one, of the current inquiry.

In New Zealand, journalistic sources are treated as privileged information, and journalists must be given an opportunity to claim that privilege, firstly to police and then, if needed, in a courtroom. In the UK, a special procedure involving contested hearings and a public interest test applies before journalistic information can be seized.

In the United States, due to the First and Fourth amendments to the US Constitution, the starting point is that newsroom raids are unlawful. A search is permissible only if the information relates to national defence, has a security classification, or is restricted data, or if the seizure of documents is necessary to prevent death or serious bodily injury. This firewall remains in place even in the face of the aggressive pursuit of government leakers and whistle-blowers under the Obama administration, and continuing under the current one.

In Canada, journalistic documents seized by police may be kept in the custody of the court, and journalists may make submissions to have the documents returned. The court applies a twofold test: whether the public interest in pursuing the investigation outweighs the journalist’s right to privacy, and whether the information can be obtained through other means.

The starting point in these countries is very different because they each have national protection for human rights, including freedom of speech. For Australia to no longer be the odd one out, many of its national security laws needs to be amended to protect press freedom. Such amendments will ultimately be a piecemeal solution, and the issues may not be fully resolved until there is stronger national protection for human rights.

Show Comments
Previous Article
Economic diplomacy: China dependency and a notable departure
Next Article
Keep calm and fly on … unless someone stops me