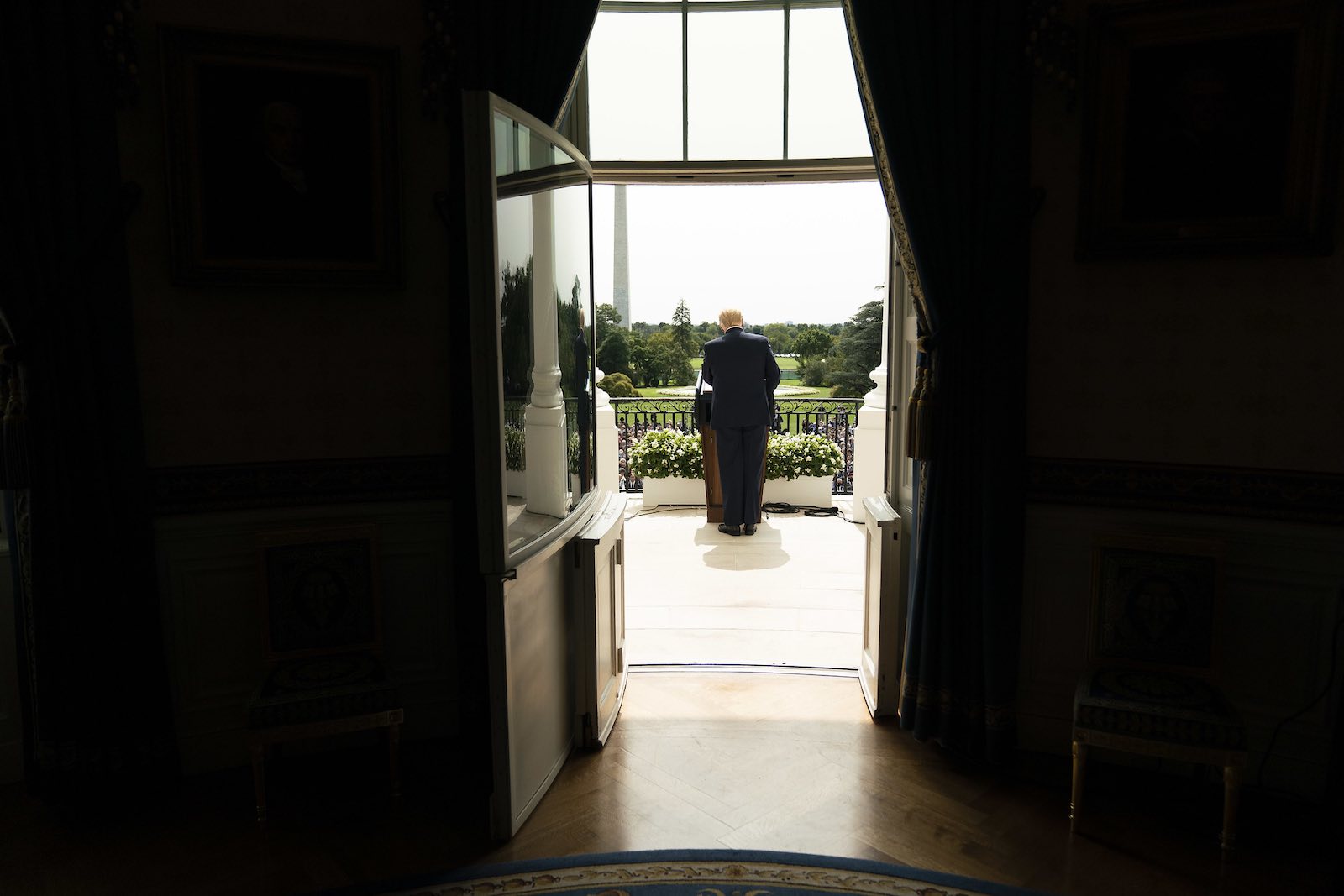 In an essay for Foreign Affairs this month, Richard Haas explains that over the past four years the Trump administration has disrupted US foreign policy and left America worse off. The adminstration did not respect what was working in American foreign policy, and after they broke things, they provided no alternative. Haas argues that the capacity of a new American president to restore key enablers of the international rules-based order will be limited by the extent to which the world and its perceptions of America have changed over the past four years. But some restoration is possible.

If Donald Trump is re-elected, US foreign policy may be destroyed, versus simply being further disrupted.

Haas’s essay is well reasoned, but it remains difficult to predict what another four years of the Trump administration would mean for the world. Veteran journalist Bob Woodward’s new book, Rage, informed by 18 on-the-record interviews with Trump, helps provide an answer by making a distinction between the early and later parts of Trump’s first term. Woodward’s book is light on analysis and instead buries the reader in a blow-by-blow transcription of the conversations between Woodward and Trump. Still, there’s plenty to learn.

Woodward set out to write a book on Trump’s national security team because he viewed foreign affairs as the area where Trump had “the least experience and took the greatest risks”. The first half of Rage relays the ways in which key cabinet appointees interacted with Trump, each other and their foreign counterparts in the first two years of the administration. The second half focuses on the White House response to the coronavirus.

Trump’s inexperience and recklessness did lead to a crisis, but that crisis occurred in the domestic realm rather than in foreign affairs.

When a president seeking re-election is perceived as reckless – as George W. Bush was in 2004 – one of the main questions that animates discussion in foreign capitals is whether re-election will embolden that president to take on further risks in foreign affairs. It’s not clear that Trump could be further emboldened.

Woodward’s book clarifies that Trump has been completely unshackled from the original team of advisers seen as the “adults in the room”. As Secretary of State, Rex Tillerson, fired in early 2018, was undermined almost immediately by the parallel foreign policy run by Trump’s son-in-law and senior adviser, Jared Kushner. White House Counsel Don McGahn, who worked to keep the president within the bounds of the law and refused his order to fire Robert Mueller, departed in October 2018. Secretary of Defense Jim Mattis resigned in late 2018 when he realised he was powerless to stop Trump from abandoning US allies. White House Chief of Staff John Kelly (already the second in the job, after Reince Priebus) stepped down around the same time as Mattis.

Woodward’s interviews with Kushner reveal that the president’s loyal family advisers have also been emboldened over the course of the first term. Kushner recounted to Woodward that they have battled through tax cuts, trade deals, deregulation, the Mueller investigation, and impeachment, and in the process, they’ve gone through four chiefs of staff and four national security advisers. According to Kushner, it’s been “an extraordinary presidency”.

The final piece, in terms of strengthening a reckless president, was the way the investigation by Special Counsel Robert Mueller ended. Trump viewed himself as fully exonerated and out of political danger once the report was released and Mueller’s testimony on Capitol Hill disappointed the Democrats’ hopes of finding a smoking gun. Trump paid close attention to impeachment proceedings, but he was not concerned about the ultimate outcome.

All of Woodward’s interviews with the president took place between February and July 2020, as the threat posed by the coronavirus pandemic took shape and Trump was increasingly focused on re-election. Woodward allows the reader to see, in great tedium, how unsuccessful he was at breaking through Trump’s monologues to get his questions answered. But Woodward’s record nonetheless serves as a useful summary of what Trump sees as his achievements at the end of his first term:

Little has occurred over the last four years to meaningfully challenge Trump’s pre-existing worldview. The opinions and advice of the original team that counselled him in foreign affairs has been invalidated, in his mind, by the fact that things turned out more or less okay. But Woodward’s review of how Trump courted nuclear war in his rhetorical escalation with Kim Jong-un – a danger that led Mattis to sleep in his clothes and frequent the chapel at the National Cathedral – suggests that there was an element of luck involved in Trump avoiding a major foreign policy crisis.

Woodward loses the plot line on the foreign policy questions that he set out to answer in Rage because the coronavirus takes over the story. Trump’s inexperience and recklessness did lead to a crisis, but that crisis occurred in the domestic realm rather than in foreign affairs.

If Trump is re-elected, the best-case scenario is that he simply continues to be a drag on American allies and the better parts of the international order. A more worrying, and not unlikely, foreign policy scenario is a leadership failure on a scale with his failure to protect Americans from the pandemic.

Show Comments
Previous Article
How much did the spies really know about the virus?
Next Article
Francis Fukuyama in Minsk