Personal connections matter and can have a lasting influence 20 years on. 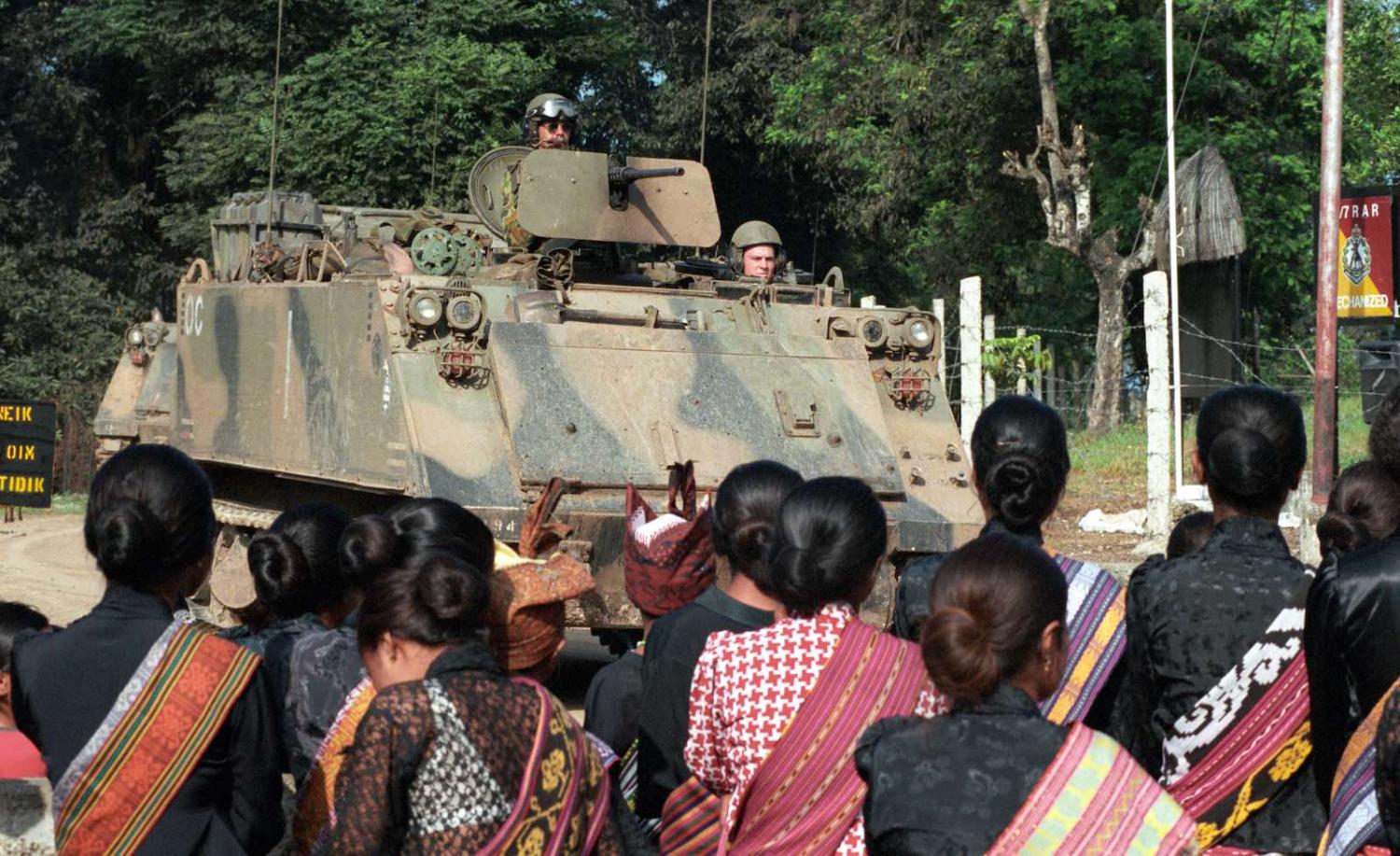 Twenty years ago, several hundred soldiers from the 3RAR Parachute Battalion Group, including me, flew from our base in Holsworthy to Darwin. We had a brief training session with a cavalry squadron we had never worked with, and then, never having conducted any maritime training, we embarked on HMAS Jervis Bay and HMAS Tobruk to deploy to Dili.

I was always taught from my earliest days at Duntroon that flexibility is one of the principles of war. The Timor experience in the aftermath of the 1999 independence ballot certainly reinforced this point. We were deployed for the first few weeks in Dili, then to Maliana on the border, and ultimately the Oecussi enclave.

Soldiering has always required the use of core skills, such as establishing security inside Dili and then on the border, and then more varied and unusual tasks.

Body recovery, investigation, and internment was not something I had trained for in the artillery – but when the commanding officer assigns you a job, you simply salute and get on with it. The Timorese knew we were the only authority on the ground, and they wanted to retrieve their loved ones to bury them properly. For other bodies that were recovered, the best that could be done was to recover, record, and inter, hoping that those who followed on could determine who the poor souls were.

There were also more uplifting tasks to be done, including the repatriation of displaced East Timorese people from across the border at Maliana. The Indonesian military even sent us a note one day telling us to expect civilian returnees. 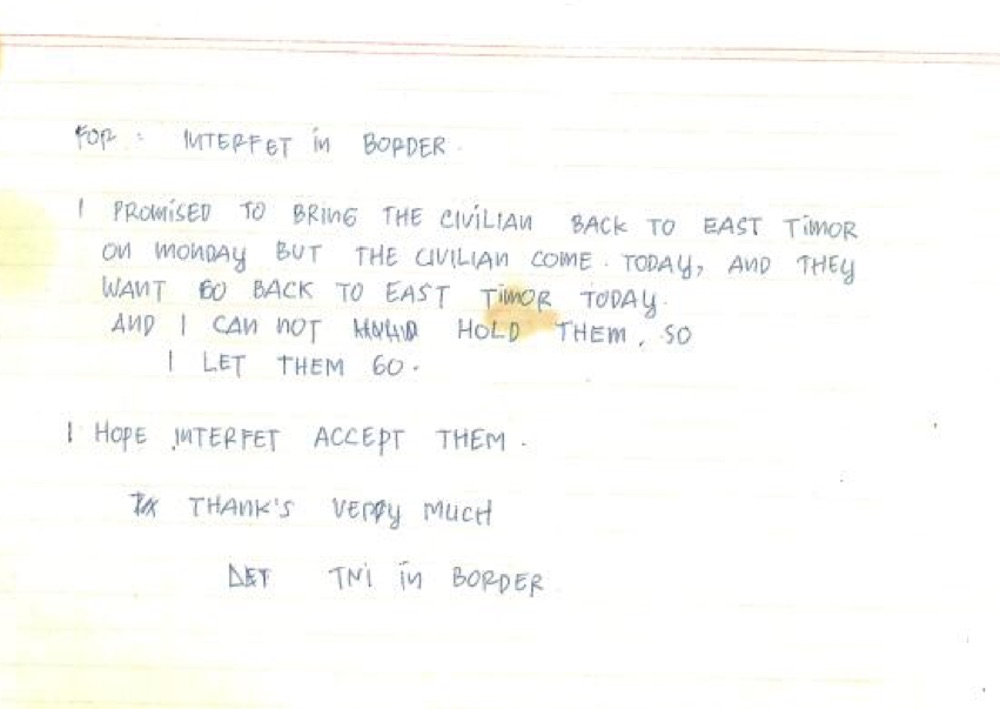 They weren’t kidding, as the photo below shows. The ability of the soldiers around me to provide an environment that the East Timorese thought sufficiently secure to be willing to return across the muddy river that defined the border is something that hardly any Australians would have seen, but of which they should all be proud.

My connection with East Timor was transitory, and I had consigned it to the dustbin of my military memories. But 20 years later, my sons have also established a link with that new and developing country. Through their school (Waverley College in Sydney), they have both taken part in immersion trips to Timor-Leste. Two of the early participants in this program a few years back saw a need for a more committed form of social justice and established their own charity, Educating the Future, which now builds preschools in rural areas.

In some small way, I hope that the actions by the Australian Defence Force 20 years ago gave the East Timorese people a chance at a future.

I never cease to be amazed at the energy and focus of these young Australians doing something practical to give back to a people with whom they have created strong bonds – and in an area that is designed to have a long-term impact for the people. Their strategic thinking belies their years.

There will be plenty more retrospectives surrounding the East Timor intervention to mark the 20-year anniversary, plus examination of the Australian government’s subsequent role, courtesy of the Witness K controversy.

But I prefer to focus on the tactical rather than strategic level when thinking of East Timor and Australia’s relationship with it. In some small way, I hope that the actions by the Australian Defence Force 20 years ago gave the East Timorese people a chance at a future.  And from what I have seen of my sons and their classmates’ efforts, I am very optimistic that the next generation of young Australians doing work in that country are continuing to enhance Australians’ reputation at the personal level.

Previous Article
Solomons and Kiribati snub Taiwan for China – does it matter?
Next Article
Micro-loans raise major questions in Cambodia

It seems participation in the resistance to the Indonesia occupation remains the cornerstone of political legitimacy in Timor-Leste
Joao da Cruz Cardoso 2 Oct 2020 06:00

Timor-Leste’s youth leave or get left behind

Young people make up most of the country’s unemployed, sending many overseas, while needed skills go unmet at home.
Peter Job 12 May 2021 06:00