Resisting uncertainty, Malaysia is finding itself 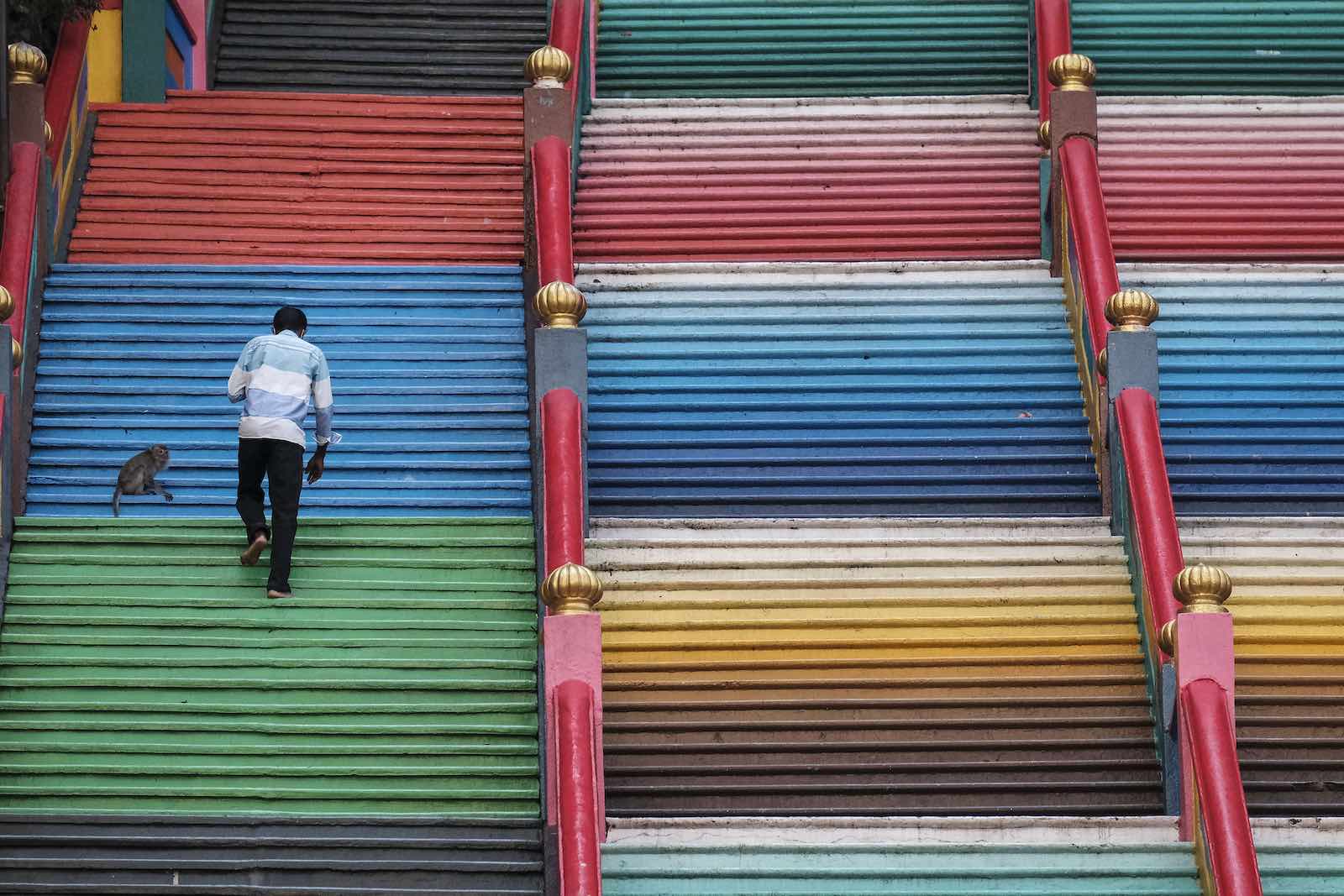 Malaysia is in a quandary, desperately trying to figure out how to resolve political and economic questions.

The fragmentation of the Malaysian market for votes is at a point it has never before experienced. In a country where ethnic politics have long dominated, there are the Malays, who are divided at least five ways, and the Chinese, with at least three parties to choose from, and the Indians (who electorally carry much less weight) with three choices. Then there is the increasingly vociferous East Malaysian segment, which is undecided as to whether to seek its fortunes by demanding increasing autonomy or by aligning with the dominant parties that succeed in controlling Peninsular Malaysia.

The divisions are not based on any clear grounds of economic ideology – or if there is, it is well hidden. The one party that has a distinct outlook is, of course, Parti Islam Se Malaysia (PAS), the national Islamic party, with the party that broke off from it being Parti Amanah Nasional, the National Trust Party. The Parti Keadilan Rakyat (PKR) or People’s Justice Party claims to be a reform-based part but has failed to elaborate and develop upon the nature of its reforms – PKR has neither articulated nor detailed its reform agenda.

Credit ratings agency Fitch recently downgraded Malaysia to BBB+, only a few notches above that for junk bonds.

The fuzzy characteristics of the parties do little to set them apart along definite lines. This gives a great deal of flexibility to politicians, allowing them to explore innumerable permutations and combinations. In the absence of other separating planes, race and religion occupy a significant space, one that is perhaps given undue importance.

The economic sphere is no less muddy. The Malaysian economy has been grappling with the middle-income trap, the presence of a disproportionately large migrant force and the lack of adequate technological innovation and upgrading. As much as these factors have been consuming policy debate at the macroeconomic level, other issues have been disturbing people, among them the question of affordable and convenient healthcare, affordable housing and high household debt.

Disturbing as these challenges are, the arrival of Covid-19 has only compounded the problems. Alongside the aggressive political jockeying, the pandemic has spelt uncertainty and a lack of direction, economically speaking. This disturbing scenario has not gone unnoticed.

Recently, the credit ratings agency Fitch downgraded Malaysia to BBB+, only a few notches above that for junk bonds. The downgrade was, arguably, a result of the political uncertainties that abound. A disappointed Finance Minister Tengku Zafrul responded by claiming Fitch had not given due recognition to the country’s Covid-19 response efforts.

Yet the downgrade was mainly because of the shifting political ground and governance problems. There could not have been a more damning reason for the decision. After all, most countries have been afflicted by the economic damage wrought by the panademic and have needed to resort to expansionary budgets with increased government debt. All that would have been necessary for Malaysia to convince the ratings agencies would have been a sensible roadmap to get the country out of its fiscal deficit and high government debt, along with a commitment to return to a state of fiscal balance. Either Malaysia failed to do this in adequate measure, or the ratings agencies judged the political climate to be an obstacle to achieving fiscal stability.

Even so, the downgrade is a temporary glitch. The Malaysian economy, in all likelihood, will recover in 2021 – provided the pandemic is under control. The World Bank expects that the economy will record a growth rate of about 6%, taking the country out of its fiscally distressing position.

There is concern that some investments have been going to neighbouring countries. Some of the investments that have been diverted away from the country have been viewed with concern, indicating possible investor aversion to Malaysia. Samsung and Apple factories are going to Vietnam, Amazon is building its data centre in Indonesia, an electric car battery factory from China is setting up a factory in Indonesia, and so is Hyundai.

Yet the outlook on foreign direct investment (FDI) may be less negative. All political parties know that FDI is Malaysia’s lifeline, and while the pressures of the times might take a toll on speed of responsiveness – slowing down approvals, for instance, with ministerial change priorities – those investors who have sunk their FDI in Malaysia will not pack up and leave, or at least they will not leave solely because of political uncertainties.

Undeniably, political stability is valuable. Prime Minister Muhyiddin Yassin has made clear the need for certainty, saying he wants to hold snap elections once the pandemic is over. Nobody knows when that will be – parliament is suspended under emergency decree until at least August, while there is agitation whether this restriction should be lifted. All of which means that the Malaysian economy will have to put up with economic uncertainty for a while longer.

Finding one’s political self is not without cost.