A review of RAND Corporation's 'War with China: Thinking Through the Unthinkable' 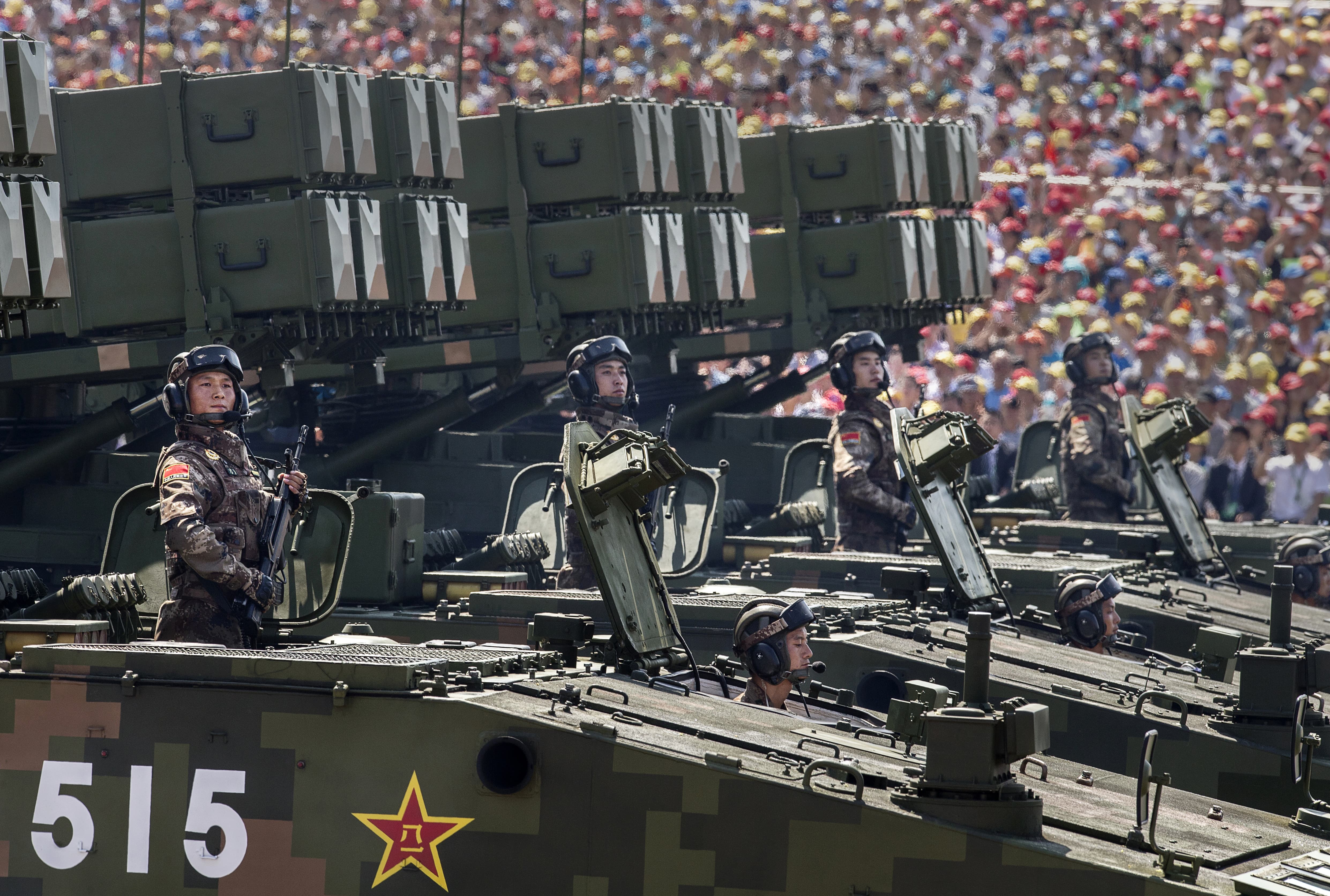 Among US analysts, war with China is no longer a taboo subject. RAND Corporation has now tackled the issue head on, publishing a lengthy analysis titled: 'War with China: Thinking through the Unthinkable'. So far, Paul Dibb and Mike Scrafton have provided two excellent assessments on what this means for Australia. This review evaluates RAND’s assessment itself.

RAND presents four conflict scenarios over two different time periods: low-intensity and high-intensity, short and long duration, and occurring either in 2015 or 2025. The low-intensity conflicts are fairly straightforward; however, RAND’s high-intensity 2025 scenario draws a number of contestable conclusions, namely that:

RAND’s ultimate conclusion is summed up by this quote: 'China could not win, and might lose, a severe war with the United States in 2025.'

The authors note that Chinese policymakers are one of their intended audiences. This aims to ensure that miscalculation owing to overconfidence in China’s military capacity is avoided. Unfortunately, in attempting to enhance the deterrent effect of America’s Pacific forces, RAND makes a number of assertions that paint an overly rosy picture for the US. It must be stressed that these criticisms can only be made due to RAND’s willingness tackle this important subject.

1. RAND seriously underestimates the probability of a high-intensity conflict escalating to the nuclear level

The authors all but exclude the possibility of nuclear use from either side, especially if the US avoids targets that would threaten China’s nuclear deterrent. In reality, China would have significant incentives for nuclear use if it was greatly disadvantaged in a conventional conflict. For instance, China could use nukes as counterforce weapons against US staging areas in the Western Pacific, calculating the US won’t respond at the strategic level. In extremis, China could even detonate a strategic warhead over a civilian population of a non-nuclear US ally (such as Japan) as a direct challenge to US nuclear assurances and to demonstrate absolute resolve, without forcing America’s hand by attacking the homeland directly. Indeed, I would argue that these outcomes are far more likely than what RAND assumes: China accepting total military defeat.

In other words, the fact that America enjoys overall nuclear superiority appears to have led to dubious assumptions about US-China nuclear dynamics. It would have been better for RAND to simply assume a high-intensity conflict that does not escalate to the nuclear level, without attempting to justify that assumption. After all, it is just as dangerous for US decision-makers to be presented with an unrealistic appraisal of nuclear risk as it is for Chinese leaders having unjustified confidence in their conventional forces.

2. RAND’s assessment of US economic resilience is unrealistic

RAND calculates the relative harm inflicted on each economy based on the estimated disruption to trade, and the relative reliance on imports for each belligerent. The study notes that China is more reliant on imports, and that trade would be severely curtailed during wartime throughout the Western Pacific. Bilateral trade between the US and China would broadly cease.

While it’s true that China is dependent on seaborne imports and that, from a military standpoint, energy disruption would be a severe hazard for China, RAND’s economic assessment is incomplete.

First, in addition to the cessation of bilateral trade with China, US trade would be adversely affected with every other country whose own economy is dependent on Chinese trade. Moreover, it is not only the raw value of bilateral trade, but the total value of American goods for which Chinese manufacturing is an indispensable component. This would hardly be made up domestically, as any resurgence in domestic manufacturing in the long term would likely to be directly supporting America’s war effort.

Second, and more important, is the impact of cyber attacks. It is impossible that America’s own cyber weapons would deter such threats if China faced kinetic attacks on its own territory. It must be assumed, therefore, that China would successfully disrupt critical American infrastructure on a large scale, including (but not limited to) transportation, energy, telecommunications, financial services, and research.

The safest assumption (which RAND does make) is that in 2025 China’s cyber capability will be broadly equivalent with that of the US. While the US would be able to respond in-kind, the relative economic impact of cyber warfare would not be the same. America’s economy is larger than China’s due to the productivity afforded by widespread access to high technology. Unrestrained cyber warfare would therefore disadvantage America’s economy disproportionately. Accordingly, it is not possible to accurately predict the relative impact on each country’s GDP after one year of warfighting (as RAND attempts to do), but the overall gap in economic effect between China and the US is likely to be narrower than RAND has assumed.

RAND’s supposition that a prolonged conflict could precipitate a crisis of stability for the Chinese leadership is unsubstantiated. Certainly a severe military defeat resulting in a harsh peace would present a major crisis of legitimacy for the Communist Party. Indeed, this could militate against the cessation of hostilities, even when faced with a ruinous military situation, and increase the probability of nuclear use. In my view it is highly unlikely, however, that even a prolonged conflict would sufficiently embolden separatist forces in ways that could undermine the integrity of the state while such a war was still ongoing. To the contrary, faced with the memory of ‘the century of humiliation’, the will of the Chinese to resist demands of external powers would likely overwhelm any internal dissent for the foreseeable duration of any conflict.

4. RAND’s conclusion about the use of land forces is incorrect

RAND assumes that a major land conflict is unlikely,  occurring only in the event of a war breaking out on the peninsula. RAND bases this on the (correct) assumption that North Korea no longer has the capacity to overrun the South on its own, and because South Korea is likely to avoid being dragged into a war against China otherwise.

Nevertheless, RAND underestimates the likelihood of conflict breaking out on the peninsula during war. This is irrespective of whether hostilities commenced over the South China Sea, East China Sea, or Taiwan.

This is because the North Koreans, seeing their opportunity, would invade the South knowing the Chinese will have no choice but to support them. Were North Korea to be defeated, China would be faced with the intolerable situation of US forces on their border during a time of war.

The correct military decision for China would be to place enough pressure on the South to force America to commit large scale forces to the defence, without overwhelming it immediately and presenting the US with a fait accompli. Once committed, the US would be in a diabolical military situation. Hundreds of thousands of US land forces would be engaged against an enormous number of enemy combatants, supported by vulnerable supply lines in highly contested waters near the Chinese mainland. Indeed, it is perfectly likely a war that started in the Spratlys could be lost by the US at Busan.

Of course the US could simply abandon South Korea, but doing so would end its alliance credibility in the Western Pacific. Here even a military defeat could prove a major strategic victory for China, while occupation of Seoul would be a significant bargaining chip in negotiating a favourable peace.

In addition to these four key areas, RAND makes a number of other assumptions that seem overly generous for the Americans: the willingness of European NATO allies to deter Russian aggression; the extent to which China’s capacity to replenish early losses would be constrained; and the presumed incapacity of China to manage shortages created by disruptions to regional trade. Moreover, other likely Chinese responses have not been considered, such as sponsoring non-state actors hostile to the US, or threatening American interests overland in the Middle East. Finally, the ability of the US to sustain offensive operations in the Western Pacific is questionable given the vulnerability of US aircraft carriers and bases located within the first island chain.

Having said this, it is hard to argue with RAND’s assessment of the overall military balance in 2025. America will enjoy decisive advantages in undersea capability for the foreseeable future, and China’s surface fleet would be unlikely to survive. If China’s primary military objective was to control the South China Sea or the East China Sea, then war with the US would not be successful.

Nevertheless, it is entirely possible that in a lengthy high-intensity conflict, economic losses would be equivalent, decisive military engagements would be elusive, and China’s post-war recovery would be faster. Combined with the benefit of regional proximity and a weakened allied presence in the Western Pacific, this means the possibility of a Chinese strategic victory in 2025 or beyond cannot be excluded.