Handwringing over budget cuts obscured a view the State Department was getting on with the job of diplomacy. 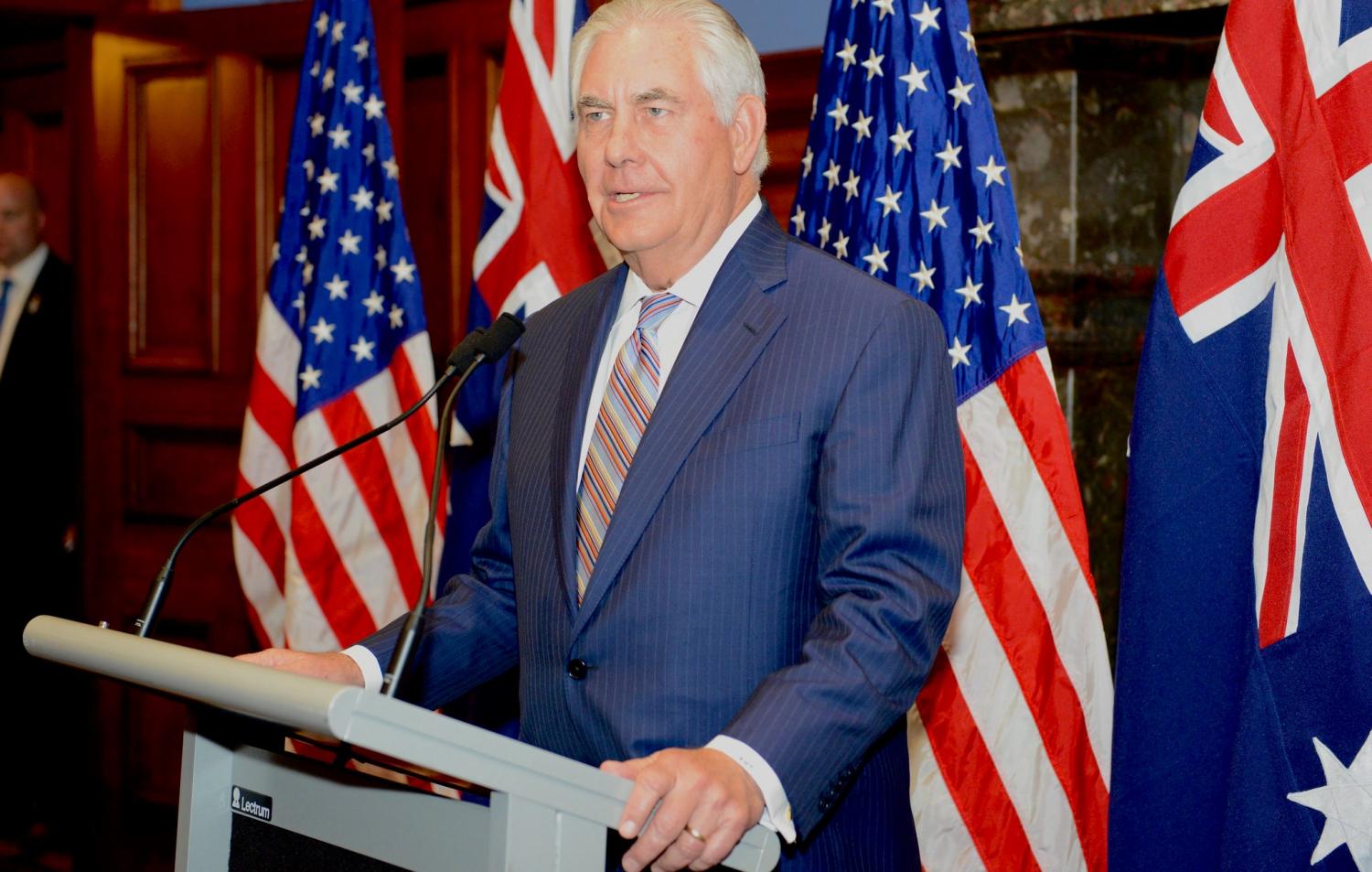 We’ll get to the consequences of Rex Tillerson’s sacking in a moment, but first consider his brief tenure as America’s chief diplomat.

Mostly Tillerson will be remembered (lamented) for presiding over savage cuts to the State Department. Certainly there was damage – no one ever really likes a budget cut. But the prominence of this complaint overshadows another, more practical view of the Tillerson tenure; that the State Department actually was able to get on with its job. The swamp was winning.

Tillerson might not have fought for dollars, but neither did a horde of micromanaging overlords populate the upper echelons of American diplomacy. Many of the positions in the State Department usually filled with political loyalists remain empty with the Trump administration more than a year old.

For a time, the diplomats waited, expecting the kind of transition of staff that normally accompanies a new presidency. This paralysed decision-making in the early days, especially as Tillerson, with no experience in government (but plenty in charge of a large organisation) worked out what was what. But slowly it began to dawn on the career officials that the transition was effectively over, and that despite the absence of the usual enforcers for an administration, decisions for the vast spread of American interests would still need to be made. This effective autonomy for the State Department was only beginning to be explored.

The Trump White House was viewed as something akin the Tolkien’s Eye of Sauron. When the gaze fell upon State – the moments Trump travelled overseas, for instance, or played host to foreign dignitaries – the diplomats followed the master. But the Eye quickly moved on – the chaos in the Oval Office ensured that. Places such as Africa hardly featured in Trump’s worldview, yet still engage American interests, leaving the diplomats to broadly set priorities alone (yes, with a tighter budget). Ironic, perhaps, that Tillerson cut short a trip to Africa just before he was sacked.

So where does this leave US diplomacy? Trump’s distaste for the State Department is assumed to spring from his continued obsession with Hillary Clinton, and a view conniving diplomats protected her from scandal. Trump has complained Tillerson was too “establishment” in his views, which might give pause for those now dancing on Tillerson’s grave about what might follow.

If there was a view Trump had settled down, this latest upheaval, with the CIA also undergoing another leadership change and the anticipated dismissal of H. R. McMaster as National Security Adviser, should dispel that notion. Add to that threats of a trade war and an unprecedented meeting with North Korea’s Kim Jong-un, and this moment is anything but normal.

Tillerson clearly was not a confidant of the President. But he was someone close US friends had invested in, Australia’s Julie Bishop among them. Those personal ties will need to be remade, again, and only until the next time Trump declares “You’re fired”, ensuring the exasperation with America is compounded.

Beijing seeks to polish its global brand through efforts in Africa and a willingness to cooperate, but more is needed.
Morris Jones 24 May 2018 11:00

The Moon is still strategic

If predictions of a vote for independence are right, figuring out the mechanics of statehood will be a struggle