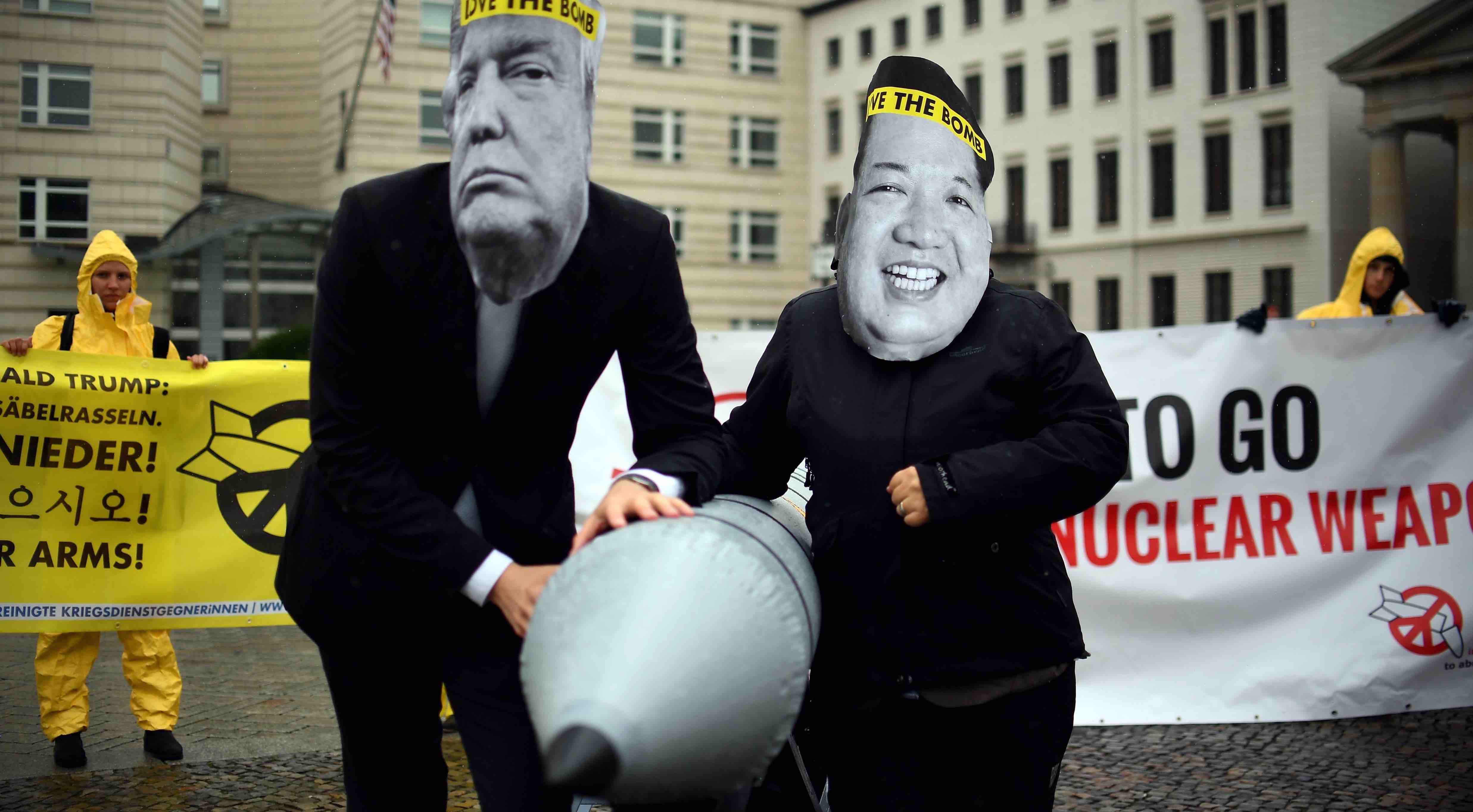 If the North Korean cheerleaders at the Olympics hadn’t snared enough global attention already, the prospect of a grip-and-grin meeting between Donald Trump and Kim Jong-un sure has captured headlines.

It seems, to borrow the military phrase, a sudden escalation in peaceful possibilities. Last year Trump was hurling “Rocket Man” and fire and fury tweets across the Pacific, while the North Korean regime fired back at the “dotard” in the White House, and the whole situation was worryingly tense. Malcolm Turnbull warned about prospect of invoking the ANZUS alliance should conflict errupt, and Trump was bragging about the size of his nuclear button.

So what to make of news of a possible summit between Trump and Kim Jong-un, the deal-maker and the dealer?

Kim Jong-un is playing this very well … He’s got South Korea acting as his emissary, and now an unprecedented summit with the US president, all on the basis of a vague and untested commitment to denuclearisation.

My concern is the US is being drawn into a negotiation prematurely, without the internal coherence required to hold the North Koreans to a meaningful bargain that doesn’t compromise US interests, and those of its allies.

Long-time Korean peninsula watcher for The Interpreter Robert Kelly is inclined to see the ploy as a feature of Trump’s reality TV-style narcissism, while others saw it as dangerous to put the North Korean leader on equal footing with the US President.

On the Trump-Kim Summit: Summits normally come at the end of a long series of negotiations at lower levels in which lots of devils in the details r hammered out. Trump, always the publicity-seeker, is just diving right in, which is why the Korea analyst community is responding /1

It’s all great but where is the ROK Foreign Minister? Is she excluded from this negotiation role? https://t.co/qUI06ErYPD

All of which raises the question how this meeting was actually agreed. Some reports suggest Trump quickly accepted the verbal invitation, conveyed in Washington by South Korean officials. Sam Roggeveen thought this is typical of Trump’s decision making, telling ABC Radio National:

It seems to happen somewhat impulsively, and in the teeth of opposition from within the White House.

But still, a cautious optimism, he says, favouring the old adage of British leader Winston Churchill, that jaw-jaw is better than war-war.

What is sure is the carnival atmosphere that anticipation is bound to create, with people guessing where the two will meet, what they might say, and whether the summit will even take place.