Roosevelt’s lessons for nations across generations

Over a century ago, Theodore Roosevelt declared “the quality of the leaders is all-important”. It’s as true now as then. 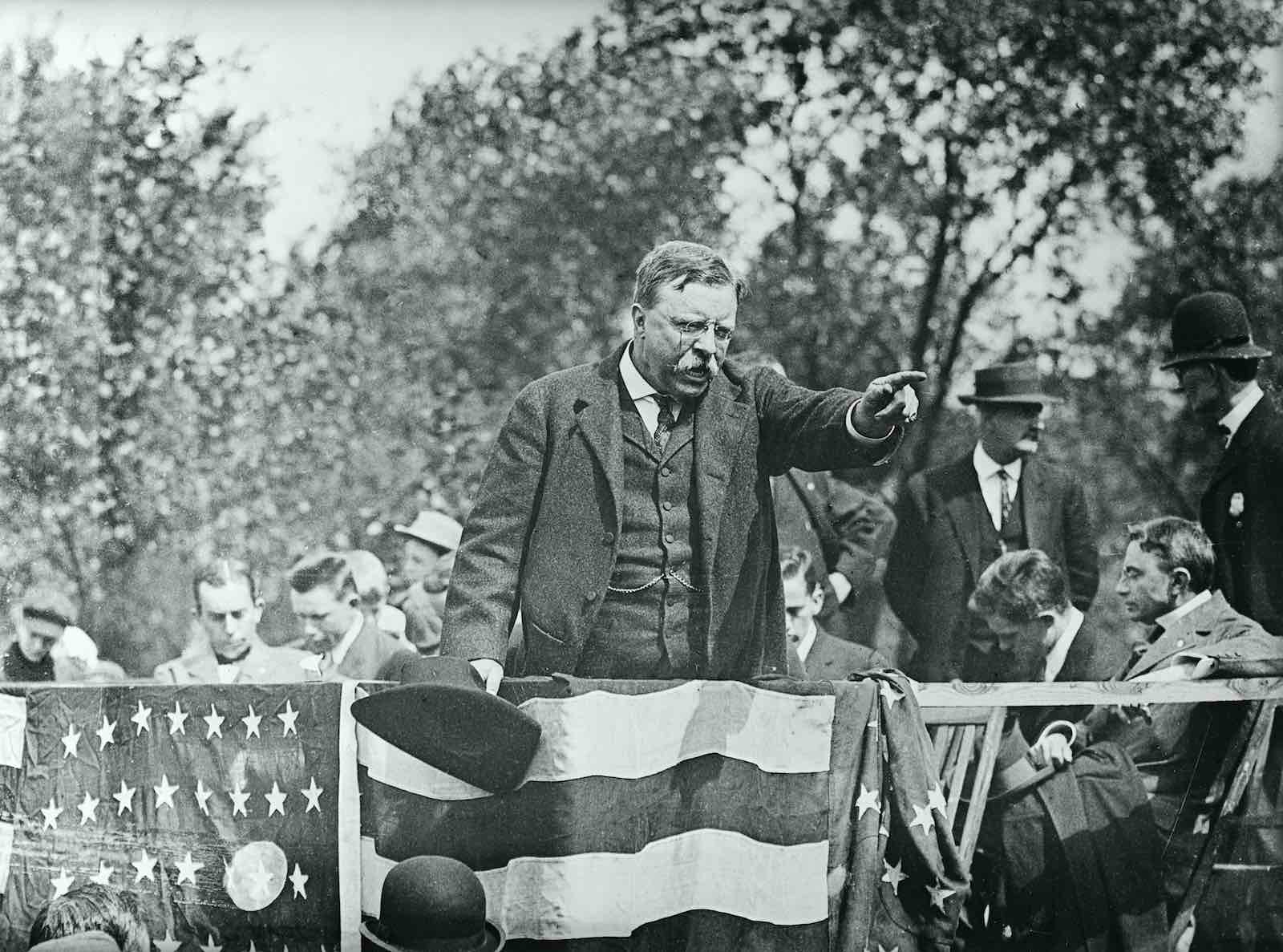 On 23 April 1910, at the Sorbonne in Paris, recently retired 26th President of the United States Theodore Roosevelt delivered a speech entitled “Citizenship in a Republic”. Though delivered 111 years ago, his speech holds valuable lessons that a democratic country such as Australia should heed today.

“Citizenship in a Republic” taps into Roosevelt’s deeply held convictions on democracy and leadership. The average citizen rests at the heart of his vision for a democratic republic. His speech offers many oratory gems, most famously an extract commonly referred to as “The Man in the Arena”, which speaks to the need to celebrate the individual and their very willingness to be in the throes of contest. Roosevelt says, “It is not the critic who counts”, maintaining that the one to honour is the one “who spends himself in a worthy cause, who at best knows in the end the triumph of high achievement, and who at the worst, if he fails, at least fails while daring greatly”.

The passage can be traced through many other famous and great speeches, arguably second only to the Gettysburg Address for politicos, as well as being a favourite of athletes.

Richard Nixon quoted this passage in both his victory speech in 1968 and his resignation speech in 1974, as did Barack Obama in his 2016 endorsement speech of Hillary Clinton. It is a copy of this verse that Nelson Mandela provided to South African captain Francois Pienaar prior to the Springboks’ famous victory against New Zealand at the 1995 Rugby World Cup, not the poem Invictus that features in the titular film.

Today, “The Man in the Arena” is a poignant reminder that in our political landscape, we have at many times placed more value on the critic than the one in the arena. Fanned by social media and deepening partisanship, our political discourse has often catered to pundits offering little but conjecture. However, as William Safire wrote for the New York Times in 1973, “this dispensation does not mean that the activist should be exempt from criticism or be held to lower standards.” But rather they should be understood as one who cannot afford the luxury of hindsight, and who is worth “an extra measure of respect for their willingness to risk reputation in helping to shape events”.

In the years before, Roosevelt had himself acknowledged that, “criticism is necessary and useful; it is often indispensable; but it can never take the place of action or be even a poor substitute for it”. In the speech at the Sorbonne, Roosevelt also offered an important reminder that the disconnect between the political class and everyday citizens risks undermining effective leadership.

In the modern era, polling has consistently showed that politics in Australia is marked by a soaring trust deficit. The 2019 Australian Election Study, conducted by the Australian National University, found that just one in four Australians said they had confidence in their political leaders and institutions. Our political landscape has been marred by divisive politicking that polarises our community, making politics and civic engagement unattractive to those who otherwise might be interested in getting involved.

Unchecked, the “art of politics” can corrode the foundations of democracy.

The need to correct this trust deficit is paramount to the future prosperity of all Australians. Australia must return to the foundations of what we want to achieve. This includes ensuring our political class adheres to the highest standards, bolstering democratic institutions as well as safeguarding their integrity. Transparency and accountability are key to reversing the decline in trust. Solutions have been proposed but require an equal, if not greater, willingness to implement them. In Australia, this could include the creation of a national integrity body that operates with the teeth required to effectively do the job it is set out to do.

On equality, Roosevelt said, “We should not say that men are equal where they are not equal, nor proceed upon the assumption that there is an equality where it does not exist; but we should strive to bring about a measurable equality.” In Australia today, the structural inequalities within our political parties have resulted in unequal gender representation and an overrepresentation of lawyers in our parliaments – failing to address a lack of diversity in all its forms only undermines our democracy.

He concludes that “in a republic, to be successful we must learn to combine intensity of conviction with a broad tolerance of difference of conviction”. It is not the intensity of disagreement that can occupy our national debate that serves as a measure of health for our democracy, as some foreign actors today are alluding too. But rather the ability for us to have the conversation in the first place.

In Australia, our democracy is relatively robust, and the measure of our debate is frequently on display. However, this is only one indicator. Unchecked, the “art of politics” can corrode the foundations of democracy.

“Citizenship in a Republic” offers many valuable lessons to reflect on. While we should credit the “man in the arena”, we should equally demand more from our political system and those who represent it.

Show Comments
Previous Article
Accountability is the path to better governance in PNG
Next Article
“America’s back” in the Paris Agreement. For how long?