Russia a reluctant driver in the Syrian war

Moscow is averse or incapable of assuming the mantle of ultimate arbiter in Syria. 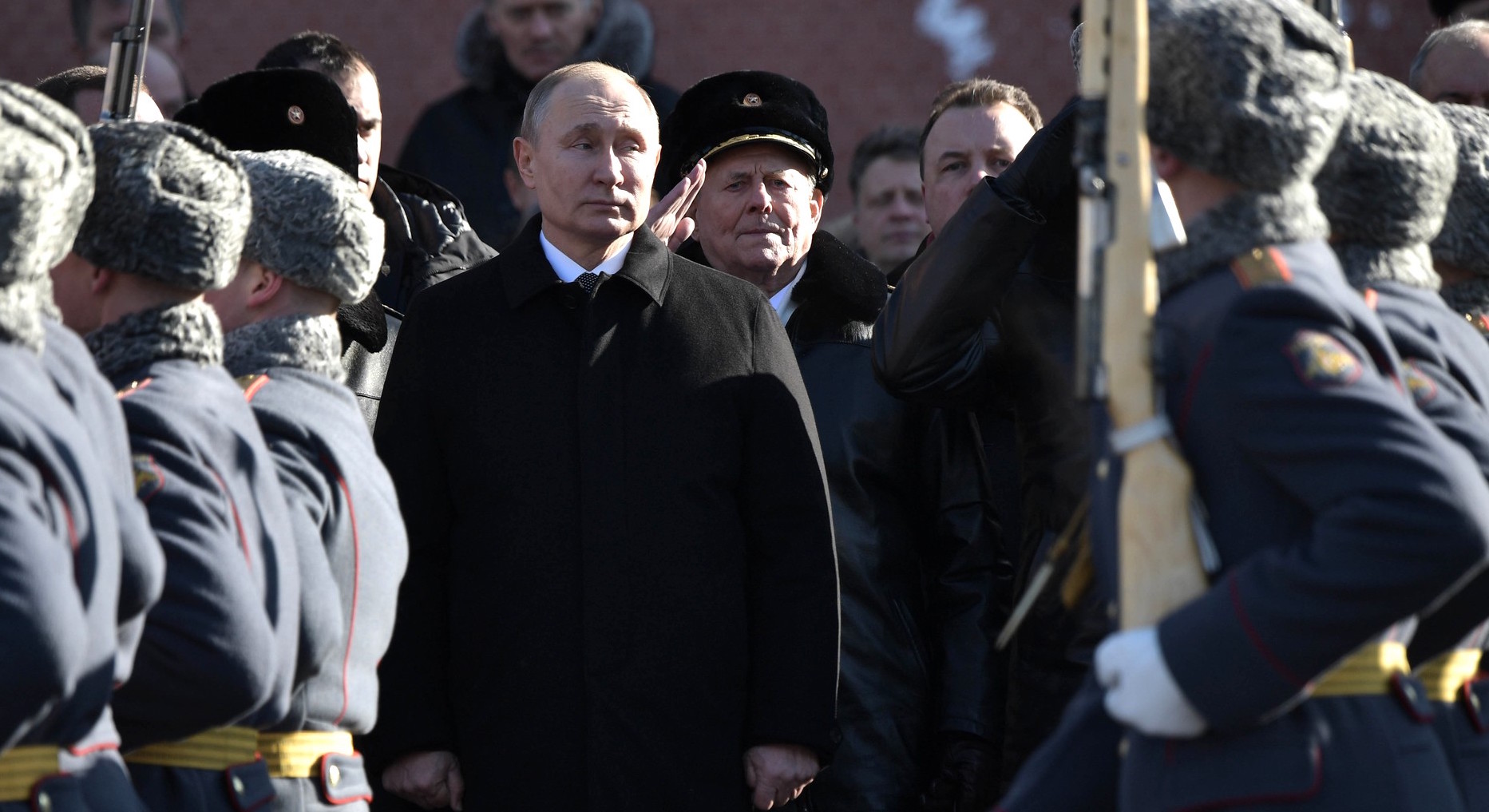 As we witness the slaughter of civilians in yet another part of Syria – most recently, the Damascus suburb of eastern Ghouta – the country appears to enter the endgame of the confrontation between the regime and an array of rebel groups.

But new battles await. Syria is increasingly turning into a battlefield for outside parties’ wars: in the south between Israel and a Hezbollah backed by Iran; in the north between Turkey and Kurdistan Workers Party (PKK) affiliates; and in the east, potentially, between Iran and the US. Instead of ending the population’s suffering after years of merciless fighting, these conflicts extend and add a perilous layer to it that could trigger a regional conflagration.

At the core of the Syrian war’s inexorable internationalisation stands the fundamental disagreement between the US and Russia over the fate of the regime. Russia, which has a preponderant strategic interest in Syria compared to the US, has built on the success of its September 2015 military intervention to outpace its rival. Washington has thus been reduced to the role of a virtual bystander, largely impotent to shape the course of events.

Yet instead of filling the vacuum, Russia has contented itself with acting as if it, too, is a bystander. Russia has enabled its ally, the Assad regime, to proceed on its murderous path to recovering territory lost to the rebels, some of whom are as murderous in intent as the regime but lack equal firepower and outside backing. Moscow has not shown an appetite for preventing other parties from taking their fight to the Syrian theatre.

Witness the risk-laden tit-for-tat between Israel and the regime and its backers earlier this month, when an alleged Iranian drone was shot down as it entered Israeli airspace. (I say “alleged” because there has been no independent investigation into what occurred.) The Israeli air force struck back, destroying the drone’s apparent launch and control centre. Syrian anti-aircraft batteries then fired at the Israeli planes, managing to shoot one down, upon which Israel attacked Syrian air defences, claiming to have demolished half of them. The mutual escalation reportedly was halted by a phone call from Vladimir Putin to Benjamin Netanyahu, allowing all sides to declare victory (“We shot down an Israeli plane!”; “We destroyed half of Syria’s air defences!”) and lick their wounds.

The Russian intervention came late, perhaps just before a further escalation which could have proved difficult to contain. These events highlighted the discomfiting fact that Moscow is in the driver’s seat in Syria but reluctant to put the car in gear. It sees a US retreat on the world stage but is either averse to or incapable of assuming the mantle of ultimate arbiter.

Yet Russia may have no choice but to step in more forcefully, at least if it wishes to preserve its gains: the survival of the Assad regime and the prospect of a pacified Syria stabilised by reconstruction funds provided by Western nations that may have to settle for such an outcome, lest conflict endure and refugees continue to stream toward Europe.

The heir apparent’s reluctance to do more than make last-minute telephonic interventions raises the risk of wider war as a result of miscommunication between the sides or misreading of one other’s intentions. Such an eventuality could be mitigated if the enemies maintained communication channels, at least in the form of a hotline.

Because neither Israel nor Iran/Hezbollah is inclined to talk to the other, in theory it falls to Russia, which entertains good relations with all the parties, to use its channels to help establish understanding between the adversaries of each other’s threat perceptions and red lines.

As long as Moscow eschews a more proactive approach, each side will resort to military means to clarify what its adversary is willing to bear, and thus establish the rules of the game. But a risky game this is, involving precision weapons and stealth technology, split-second decisions, and the human propensity for errors of interpretation and judgement.

What is the reason for Moscow’s impassivity? Some speculate that while it has an interest in avoiding a full-blown war, Russia believes the parties themselves don’t want one, and can therefore get away with stepping in only when things appear to spin out of control, leaving Israel and Iran to bloody each other in the meantime. Russia certainly has not prevented either the Iranian drone or Israeli warplanes to criss-cross Syrian skies.

Others say that Moscow lacks the capacity or the self-confidence to become more assertive – that the image Moscow projects of being in control in Syria is a bluff, and one on which it would prefer not to be called.

Either way, Israel appears intent on escalating its military responses to Iran/Hezbollah’s probing in order to induce Moscow to become more proactive in reining in its allies in Syria.

And so the Russian driver sits in his car immobilised, whether by lack of will, of power, or of self-confidence. Soon, however, he will realise he can no longer afford not to hit the clutch.