Safety of life at sea: Covid‑19 and naval operations

Naval exercises are heavily affected by the pandemic, with crews even more vulnerable than people on a cruise liner. 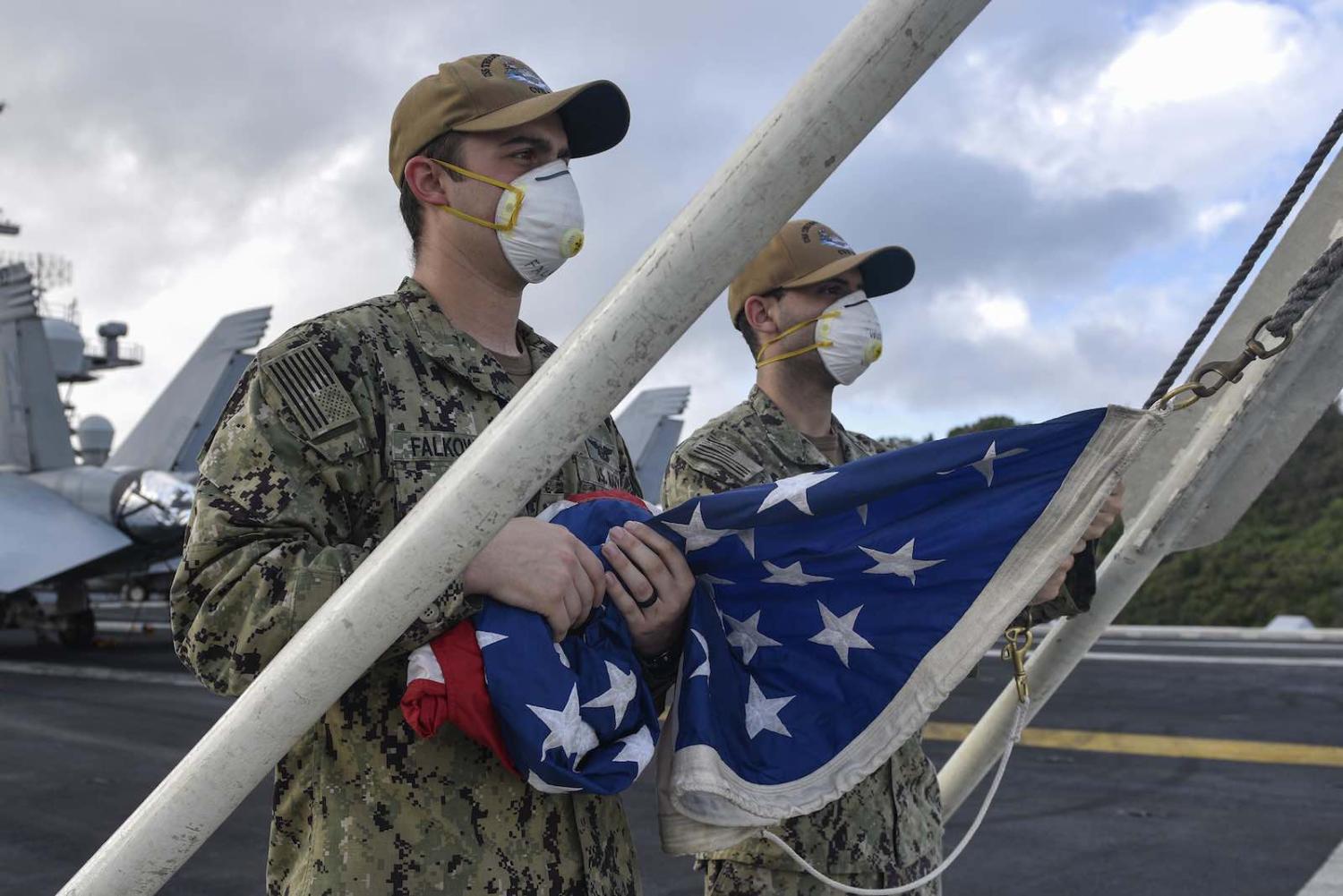 The potential impact of Covid-19 on naval operations has been highlighted by reports that over half of the 2,000-plus sailors aboard the French carrier Charles de Gaulle have tested positive for COVID-19. The ship left a NATO exercise ten days early and returned to port in Toulon to allow disembarkation of sick crew members and sanitising.

The US Navy has experienced similar challenges with outbreaks of varying size on four carriers – the USS Ronald Reagan (at Yokosuka), USS Nimitz (at Bremerton), USS Carl Vinson (at Bremerton), and USS Theodore Roosevelt in port at Guam. The outbreak of Covid-19 onboard the Theodore Roosevelt with more than 600 confirmed cases and one sailor dying had major repercussions throughout the upper echelons of the US Navy. The ships’ captain was sacked by the Acting Secretary of the Navy, Thomas B. Modly, after he had written an open letter querying the Navy’s handling of the situation onboard his ship. This was despite the Chief of Naval Operations arguing against the captain’s sacking.

Subsequently Modly resigned himself after a recording of his clumsy and tactless speech to the crew of the Theodore Roosevelt was made public. In another instance of his lack of credibility within the US Navy, senior naval officials also reversed other decisions made by him before his resignation. All this deepened upheaval in leadership of the US Navy – Modly’s predecessor had been fired over his handling of the case of a Navy SEAL convicted of battlefield misconduct after the SEAL had been supported by President Donald Trump.

While the US Navy has denied that Covid-19 is having any major impact on its ability to conduct operations, this ability is coming at the expense of limitations on crew liberty and associated morale problems. It has taken the extraordinary step of keeping the Harry S. Truman Carrier Strike Group at sea in the Atlantic rather than making a planned return to base in Newport in a move to keep the crews of the carrier, its escorts and air wing healthy and ready for any surge in the need for military operations. The last liberty for these crews was in Oman in late February. Meanwhile in the Pacific, the crews of carrier USS Nimitz, its escorts and air wing are nearing the end of a 14-day isolation period before heading to sea for pre-deployment training. In order to control the spread of the virus, the ships may not subsequently come back into port before leaving for their planned deployment.

Cruise liners have attracted most attention recently with their propensity for disease to spread rapidly onboard. However, the crews of warships are even more vulnerable than people on a cruise liner. They mostly live in cramped mess decks and work closely together in operations rooms, bridges, and the other confined spaces of a warship. Submarines are particularly vulnerable. A Dutch navy submarine recently broke off a mission in the North Sea and returned to base after several members of its crew were diagnosed with coronavirus.

The crews of warships are even more vulnerable than people on a cruise liner. They mostly live in cramped mess decks and work closely together in operations rooms, bridges, and the other confined spaces.

Naval exercises are being heavily affected by the Covid-19 pandemic. The Indian military is postponing all joint exercises it was scheduled to hold with foreign militaries this year because of the crisis. The Indian Navy had previously cancelled this year’s Exercise MILAN, which had been scheduled for late March and would have brought together ships and representatives from most regional navies with the notable exceptions of its potential adversaries, China, and Pakistan.

Similarly, Australia has cancelled its biggest Army exercise for the year, the biennial Exercise Hamel, and will not send troops to this year’s US Indo Pacific Command’s flagship biennial Rim of the Pacific (RIMPAC) exercise. In any case it’s increasingly likely that this large exercise, which was scheduled to bring together 25 regional nations and 25,000 personnel in July, will not proceed.

The main benefits of exercises, such as MILAN and RIMPAC, are largely rhetorical, lying in their contribution to maritime confidence-building and cooperation in basic naval activities, such as underway replenishment, other fundamental seamanship exercises, and officer-of-the watch manoeuvres, rather than in any purposeful advanced tactical operations. Security restrictions prevent these operations being carried out in exercises other than those between closely allied navies, such as the Royal Australian Navy and US Navy.

Arguably there are only a limited number of essential naval operations that should now proceed in the face of the Covid-19 pandemic. These might include operational requirements, such as support for border protection or those currently underway in the Middle East, and vital exercises, mainly at a national level, to maintain operational readiness. But ultimately there must be trade-offs between operational readiness and the risks of sickness and death among ships’ crews, and between essential and non-essential activities. As the sacked Captain of the Theodore Roosevelt observed, “We are not at war. Sailors do not need to die.”

Towering over low shops and French colonial–era townhouses grows a new city in tribute to the politics of the present.
Greg Earl 29 Jul 2021 14:30

Brisbane will host the Olympics in 2032 but the starter’s gun has already sounded in the cost versus benefits contest.
Tim Harcourt 28 Apr 2020 11:30