Saudi Arabia is not offside on gender equality

Years of legislative and cultural change will come to a head at the G20 to show how far the Kingdom has come for women. 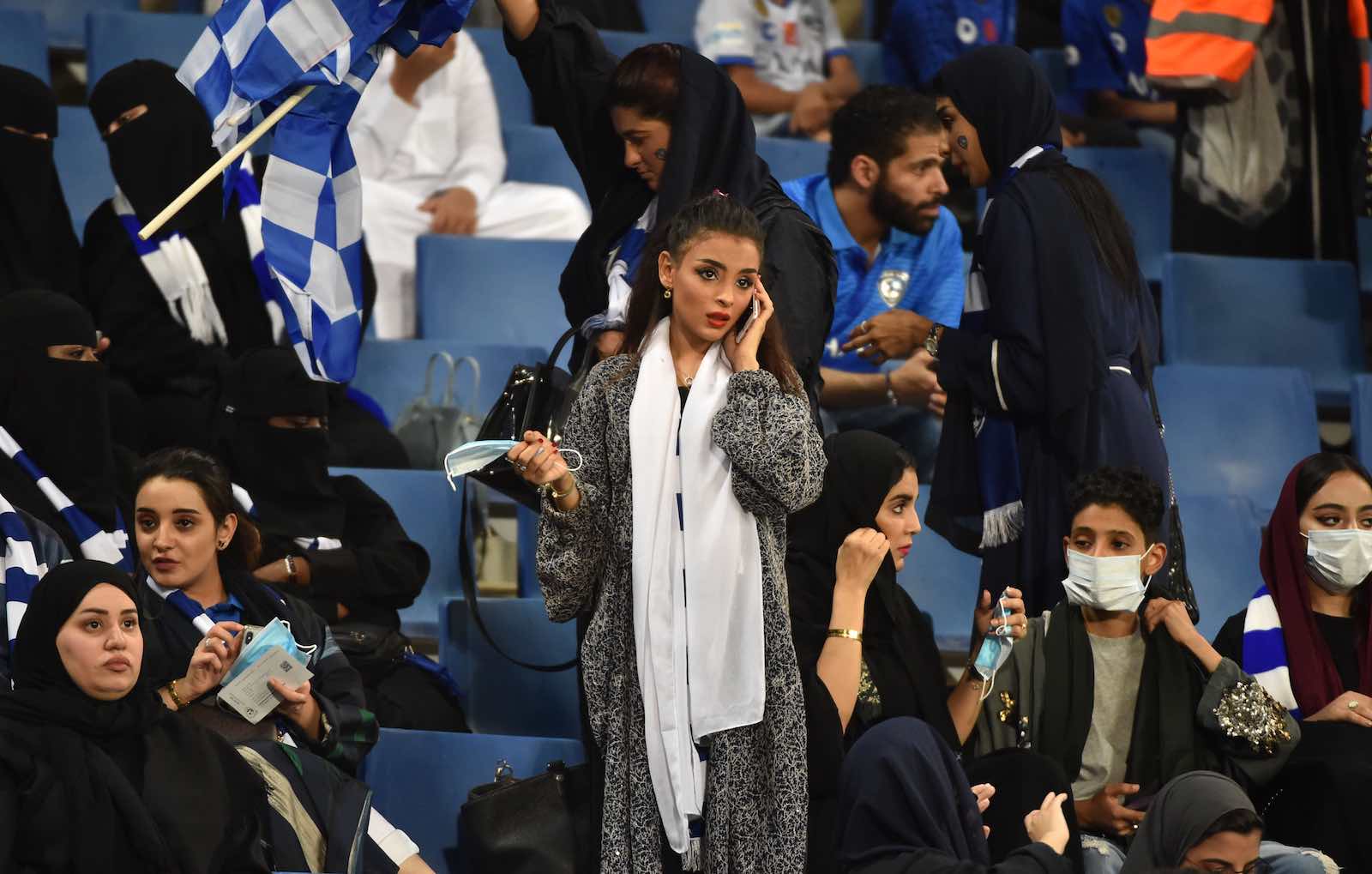 Little has surprised me more than spending my Saturday night Googling how to buy tickets to watch a game of football in the Kingdom of Saudi Arabia – perhaps only that it was for a female football league announced by the Saudi sports authorities just last week. That I might stand in a stadium in the Gulf Kingdom alongside the football hooligans of Riyadh is something that I never imagined in my lifetime.

This women’s footballing announcement comes after years of Crown Prince Mohammad bin Salman leading the deeply conservative Kingdom through a period of modernisation. This is a Crown Prince desperate to diversify the Kingdom’s overly oil-dependent economy led by his Vision 2030 strategy. This is a Crown Prince who knows that to achieve this vision, unlocking the potential of women is critical.

Saudi Arabia is the country to watch for progress in gender reforms in 2020. I do not say this lightly, and I accept that the starting bar is low, particularly given the long history of complaints about women’s rights in Saudi Arabia, including Elaine Pearson’s analysis on International Women’s Day 2019 in The Interpreter. Human Rights Watch frequently documents its own observations on Saudi Arabia’s human rights record. But years of legislative and cultural change will come to a head in 2020, as the Kingdom hosts the Group of Twenty (G20), including the female-focused engagement group, the W20.

Saudi Arabia’s administration of the G20 has already impressed government and non-government groups alike. This is not a surprise, with a secretariat in operation for two years backed by the absolute monarchy controlled by one of the world’s richest families, the Al Saud’s. In my role as Australia’s head delegate to the W20 Saudi Arabia, I deal regularly with the secretariat and engagement groups; it is well resourced, draws on G20 experts from across the globe, and its operations are slick. Saudi Arabia is taking its role as the only Middle Eastern member of the G20 seriously.

There are three aims of the Saudi Arabia presidency: empowering people, safeguarding the planet, and shaping new frontiers. Embedded across all three aims is advancing the role of women, and the G20 Saudi Arabia strategy document mentions women on 20 occasions. The W20 Saudi Arabia framework takes this agenda one step further, focusing on women’s labour inclusion, financial inclusion, digital inclusion, and inclusive decision-making.

The number of G20 official engagement groups have grown over the years with each presidency adding its own flavour to the alphabet soup. Saudi Arabia did not add any more engagement groups following Japan’s presidency, choosing rather to focus on the existing framework of the Business 20 (B20), Youth 20 (Y20), Labour 20 (L20), Think Tank 20 (T20), Civil 20 (C20), Scientists 20 (S20), Urban 20 (U20) and Women 20 (W20). This was a wise move by Saudi Arabia, as the recent “mandate creep” of the G20 engagement groups has drawn criticism.

That Saudi Arabia could focus its attention on existing engagement groups and embedding women’s empowerment across the G20 agenda reflects the Kingdom’s increasing focus on domestic reforms for women in recent years. Previously, change was gradual and incremental after allowing women access to education in 1962.

Women’s rights reforms accelerated in 2016 with the creation of the Family Affairs Council to support the interests of families, which includes technical committees focused on women, children, and elderly. In the years since, almost 20 legislative changes have significantly liberalised the previously restrictive lives of women.

Many of these reforms relate to guardianship; women in Saudi Arabia can now obtain a passport and have access to services and procedures without the permission of a male guardian. Other reforms relate to civil status, including registering births, seeking a divorce, and no longer forcing cohabitation with a husband. Public decency violation changes removed restrictions on women’s public dress, and women may now enter sports facilities under the same conditions as men. Women now have child custody rights when married to a foreigner, access to their inheritance, and access to alimony without distinction to gender. High-profile changes include the non-discriminatory issuance of drivers’ licences. The list goes on.

To highlight the recent advances of the role of women in Saudi Arabia is not to say there are not challenges; it would be naïve of me to do so. We know that female unemployment is around 20% and labour market participation is around 23%. The gender pay gap in the private sector is Saudi riyal 54 for women to Saudi riyal 100 for men. We also know that the type and quality of jobs are important, not just the numbers of women.

Some observers of Saudi Arabia have described these reforms as part of a broader cultural revolution taking place. In 2017, the 35-year prohibition on cinemas ended, a 2019 royal decree allowed music to be played in restaurants, and a new tourist visa allows easy access for visitors to the previously restrictive Kingdom.

Real examples of this cultural revolution can be seen through the lens of social media. I follow young Saudi Arabians I have met through the G20 network and beyond; they attend concerts, run through the desert on weekends, attend dance classes, and climb Mt Everest.

It is easy to criticise Saudi Arabia’s historical record on gender equality and therefore its capacity to deliver a meaningful W20. It is harder to put aside other complex problems and focus on how far Saudi Arabia has come for women. It is this history, which means 2020 is the year for Saudi Arabia to kick enough goals to make it to the grand final – and I will be in the stands ready to celebrate their progress.