Islamabad mistakenly tried to strong-arm Riyadh from a position of weakness. 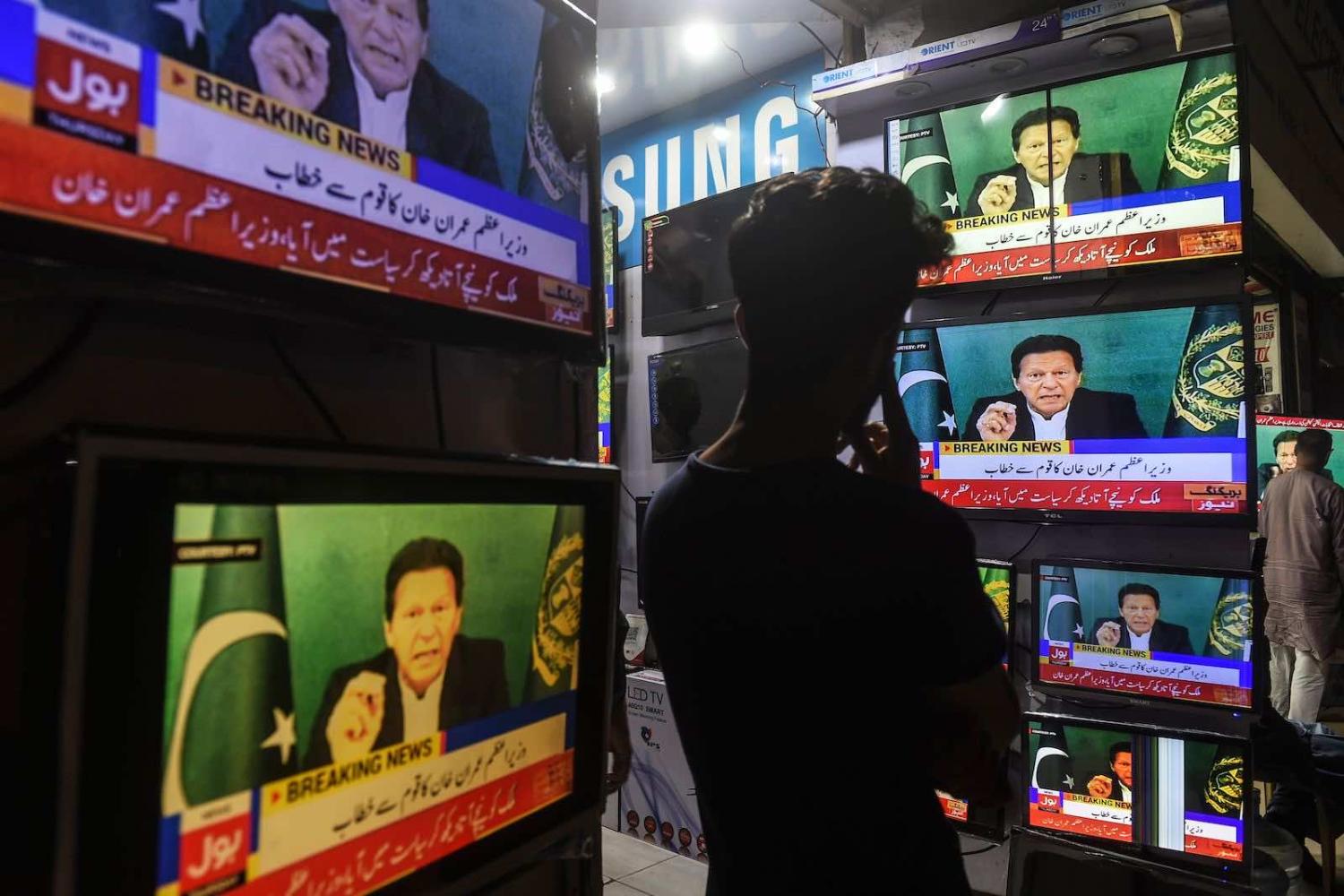 Pakistan’s Prime Minister Imran Khan visited Saudi Arabia last month, the official reason being to establish the grandly named Saudi-Pakistan Supreme Coordination Council and give strategic direction to bilateral ties – yet in reality a scramble for the chance to reset relations between two leaders of the Islamic world after a steady deterioration across the year before.

Back in August 2019, Pakistan’s foreign minister had demanded a Saudi-led bloc in the Organisation for Islamic Cooperation put pressure on India over the question of Kashmir, lest Pakistan side with the rival Turkey-led bloc. Saudi Arabia clearly did not appreciate the threat and subsequently demanded cash-strapped Pakistan urgently repay a $3 billion loan.

The tension spilled over to affect Pakistani migrant laborers. In November last year, the United Arab Emirates – a part of the Saudi bloc – banned Pakistanis from being issued work visas. This not only shut down a major source of employment for Pakistani laborers but also the inflow of foreign remittances to the cash-strapped economy of Pakistan.

Joint Statement for the visit of the Prime Minister of the Islamic Republic of Pakistan to the Kingdom of Saudi Arabia:#PMIKinKSA#رئيس_وزراء_باكستان_في_السعودية pic.twitter.com/PrOPhK14z0

Islamabad appeared to realise there was no upside to a diplomatic tussle with Riyadh, so began efforts to mend fences. In February, Pakistan’s foreign minister made a successful trip to Egypt – another member of the Saudi bloc – and established an alternative channel for talks with Riyadh. Around the same time, Saudi Arabia decided to roll over a $1 billion loan payable by Pakistan. Then came the visit by Khan.

However, this reset in relations required compromises. Saudi Arabia set the terms. Three reasons highlight how the Saudis played the dominate hand.

Pakistan should take some harsh but important lessons from this episode.

Secondly, the Saudis have evidently backtracked on a commitment to massive investments in Pakistan. During a 2019 visit to Pakistan by Saudi Crown Prince Mohammed bin Salman, more than $20 billion of Saudi investments in Pakistan was announced, including $10 billion in a Saudi Aramco oil refinery in the port city Gwadar. But during Khan’s recent trip, the Saudis only agreed to finance $500 million worth of projects in Pakistan under the Saudi Development Fund, a significantly scaled-down economic footprint. Of course, the general global economic downturn resulting from the Covid-19 pandemic and low oil prices will have played a role. But at the same time, Saudi Aramco is implementing plans to invest in a $70 billion oil refinery in India under a joint venture. This hints towards a declining importance Saudis attach to Islamabad.

Finally, Pakistan appears to be backing Saudi efforts to contain Iran, with Riyadh especially concerned after Tehran in March signed a 25-year strategic deal with China. The suspicion was enough for Pakistan’s leading newspaper Dawn to warn following Khan’s visit to Saudi Arabia that “it is very important that Pakistan take no step, or agree to any demand, that can have an adverse effect on national sovereignty”. This reflects a general fear in the country that Pakistan might have succumbed to Saudi pressure to take steps to contain Iran in a future conflict.

Pakistan should take some harsh but important lessons from this episode. Clearly it cannot strong-arm a country to accept its demands when economically dependent on that country. This was made swiftly apparent when Saudi Arabia asked for the repayment of loans it had lent to Pakistan to support its balance of payment crisis in 2018. And just as significantly, it is clear the Turkey-led bloc is not in a position to replace Saudi Arabia as the leader of the Islamic world. The Saudis have more resources to offer, as well as hosting the holiest sites of Islam in Mecca and Medina.

It is clear that Pakistan has emerged from this diplomatic misadventure more under more influence of Saudi Arabia than it was before. Islamabad has exposed its own precarious position, and now must tread carefully not only with Saudi Arabia, but with other nations, too.

Climate politics is enjoying an optimistic moment, but a Trumpist rerun would be ruinous for environmental diplomacy.
Stephen Howes 25 Nov 2019 13:00

Cutting aid has a cost – and Australia should be embarrassed to take aid from other countries to give it to the Pacific.
Ian Dudgeon 24 Nov 2016 10:41