Sea cables in a thawing Arctic

A trans-Arctic sea cable would afford the Kremlin a significant opportunity to demonstrate its role in developing the Arctic commons.

China has made a significant foray into the Arctic with the creation of a data “silk road”. Strongly supported by a newfound closeness with Russia, preliminary planning of a Chinese and Finnish–led trans-Arctic cable along the Arctic’s Northeast Passage in partnership with Japan and Norway is underway. But the project, essentially a relaunch of a stagnated Russian initiative, presents stark risks in affording Moscow and Beijing potential influence over global telecommunications.

Contrary to popular belief, satellites carry very little global data. Sea cables have been an important method of global communication since the mid-19th century. The advent of fibre optics in the 1990s made modern sea cabling even more critical. This vast network, comprising some one million kilometres in total, carries almost all data transfers and, according to a recent report, facilitates finance transfers of more than $10 trillion dollars every day.

Beyond the significance to the global financial market, sea cables transfer nearly all our global telecommunications data. These cables are a matter of crucial national security.

Historically, sea cables have only been vulnerable to damage from threats related to fisheries, anchors, earthquakes, and tsunamis. Being relatively void of these challenges, at least for now, the Arctic offers a unique environment for sea cables. But the increasingly assertive foreign policy agendas of some states means that these cables are at risk of purposeful interference, as per the emerging “hybrid” security threat.

Russia has already demonstrated interest and ability in exploiting sea cable vulnerabilities. In 2013, little green men cut the sea cable between Crimea and Ukraine – a crucial step in controlling the internet within the annexed territory.

Advantages of an Arctic route

The thawing Arctic presents an attractive sea cable route. A trans-Arctic sea cable cuts the distance between Asia and Europe by roughly 40%. The shorter the physical cable distance, the lower the latency (total round-trip data transmission time). Melting ice and developments in technology have prompted a range of feasibility studies into the viability of a trans-Arctic sea cable route. Arctic Council permanent members Canada, Russia, the US, Norway, and Denmark have all, to varying degrees, undertaken assessments of potential Arctic data highways.

To date, two Arctic routes have been touted, yet only one has made it to the development stage. The first route treks along the Northwest Passage, along Canada’s Arctic coastline. This cable links data from London to Tokyo and is well into development. Dubbed “Arctic Fibre”, and consisting of approximately 16,000 kilometres of cable, this route was originally a Canadian venture. In 2016 Arctic Fibre was acquired by Alaska-based firm Quintillion.

Despite slow progress since, in late 2017 the first phase of the network was completed. The 1900-kilometre phase along the Alaskan coast is to be followed by the Asia-Pacific segment. From there, Arctic Fibre’s final phase will be the Canada–United Kingdom link.

The second route follows the Northern Sea Route along the Northeast Passage, hugging Russia’s coastline. Named ROTACS (Russian Optical Trans-Arctic Cable System), the route links London to Tokyo via branches in Russia and Beijing. It is approximately this route that Finland and China have revived and rebranded to meet the expected rise in Europe–Asia data transfer needs.

This recent revival of the ROTACS concept is driven in part by Beijing’s Belt and Road Initiative (BRI). The Arctic component of BRI has been pounced on by Russia and Finland, with the former’s interest clearly the realisation of the shelved ROTACS route. As Chair of the Arctic Council, Finland has a key interest in achieving the “connectivity” component of its broader “exploring common solutions” chairmanship theme. Finland’s feasibility study into what it calls an “Arctic Connect” cable concluded that a second trans-Arctic cable would be a “win-win-win” for Europe, Russia, and Asia. Strong European support for cooperation with Russia in advancing the global technological commons appears to be enough incentive to seek a reset of sorts with the Kremlin.

The majority of sea cables are not state-owned or operated, but instead controlled by private telecommunications firms. There is, therefore, a grey area when it comes to enforcing security of the system.

If a cable is not registered to a nation in its entirety, how can it be sufficiently defended from threats such as hacking, tapping, or even sabotage? In 1982 the United Nations Convention on the Law of the Sea attempted to allocate legal protection to sea cables. Of course, nations yet to ratify the agreement, including the US, are not bound by such provisions. The best practice for deterring interference, and ultimately protecting the nexus of global sea cables, has proved to be somewhat elusive. Australia is leading the way with the development of Cable Protection Zones (CPZs), but establishing and monitoring wider CPZs in the global high seas would be a far harder task.

Russia’s new Yantar-class submarine has specific capabilities to disrupt cable signals. In 2017 a tabletop exercise was conducted by the Center for a New American Security on sea cable security. This wargame of sorts simulated a Russian attack on NATO sea lines of communication, specifically sea cables off the coast of Iceland. Participants struggled to determine whose responsibility is was to restore the cables – the grey zone between state and private ownership of sea cables was a significant hurdle for policy-makers.

Beyond the obvious benefits for Russia, a trans-Arctic sea cable also affords the Kremlin a significant opportunity to demonstrate its role in the development of the Arctic commons. Russia might yet diversify its Arctic economy to take advantage of its vast geographical endowment and strengthen its foothold in the region’s technological, shipping, and transport future. Developing the trans-Arctic sea cable is a legitimate strategic interest for the Kremlin. It is evident that Western sanctions may have driven Russia into Beijing’s arms in seeking finance, even if the Russia–China Arctic link is fraught with mutual suspicion.

Should this newest incarnation of a trans-Arctic sea cable gain traction and reach the development stage, it could offer grounds for an opportunistic outlook for the region. However, due diligence must be paid to data security and the legalities of ownership and operation of sea cables before the route comes online. 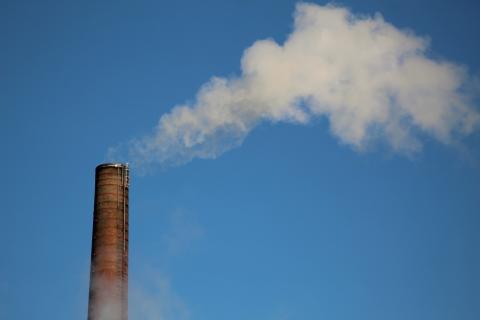 Previous Article
Economic diplomacy brief: TPP rides again, students vs spies on campus, and Britain cools on China
Next Article
The courage of youth on display in Hong Kong

Manila summit again showed the limits of a consensus model, yet wins can be seen.