A seat at the negotiating table: How women are building peace in Yemen

Peace is not just the absence of conflict but dismantling the structures that contribute to gender-based violence. 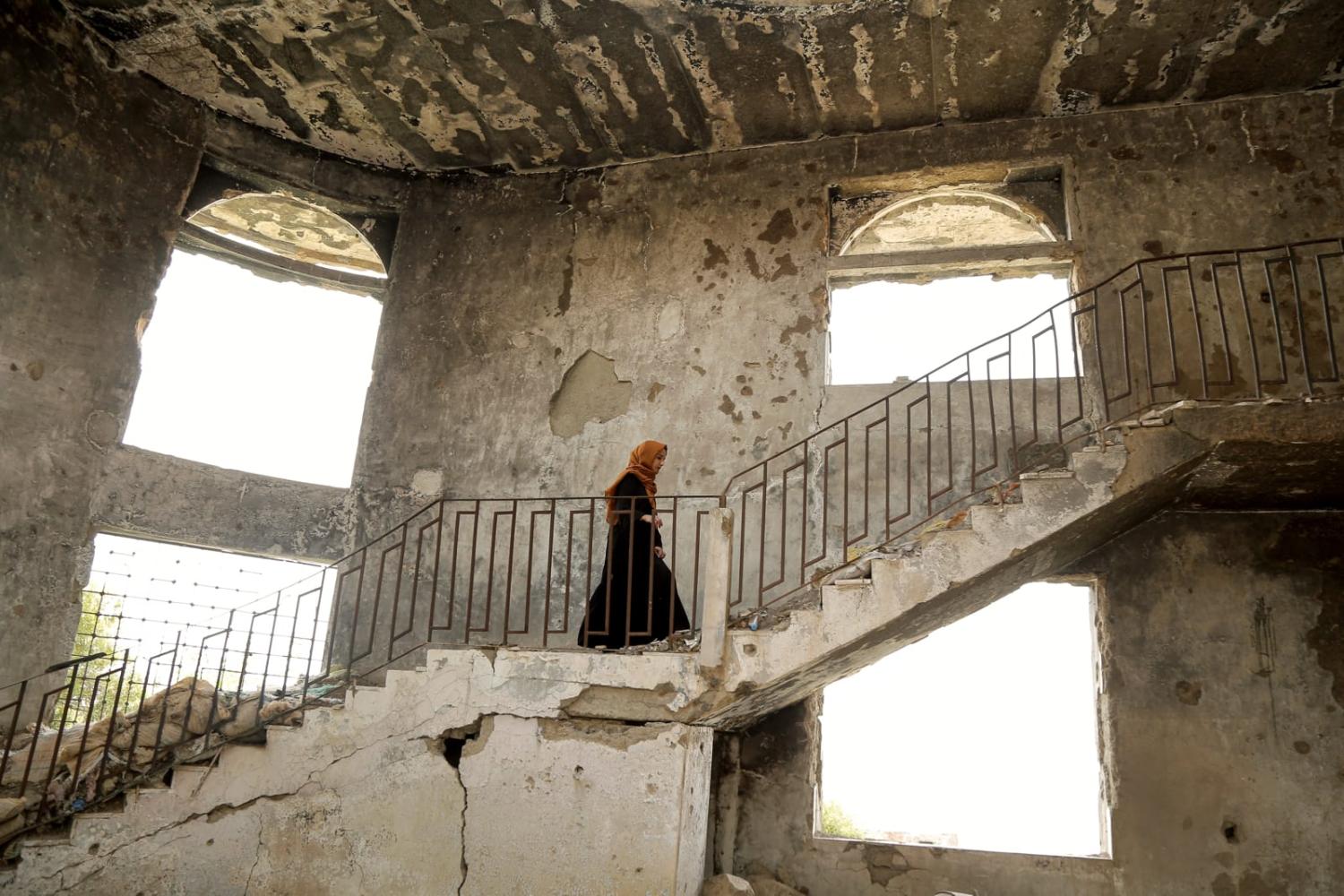 As the conflict in Yemen enters its ninth year, there is renewed hope for an end to one of the world’s worst humanitarian crises. The United Nations mediated truce last year, which lasted from 2 April to 2 October, demonstrated the possibility of reaching a peaceful solution. Despite this progress, however, women and marginalised groups are still largely excluded from international forums for peace negotiations.

Gender inequality in Yemen did not begin with the conflict. In 2021, the World Economic Forum’s Global Gender Gap index ranked Yemen second only to Afghanistan as the country making the least progress towards gender equality. Although gender norms in Yemen are multifaceted and differ depending on geography, age and community, women have historically had limited control over their own finances, movement, and access to education and healthcare.

The UN facilitated peace negotiations have adhered to a two party structure that prioritises mediation between the Presidential council, led by Rashad al-Alimi, and the Houthi rebel movement. In the 2018 peace negotiations held in Sweden, only four per cent of negotiators were women. Women’s exclusion from this framework is a direct consequence of their exclusion from public life and political participation, as well as broader gender norms relating to the roles of women in conflict.

The exclusion of women in Yemen’s peace negotiations demonstrates a broader trend of ignoring women’s experiences of insecurity both within conflict and in their everyday lives.

Around the world, women are often viewed solely as victims in a conflict setting, however, they have always been involved, as the UN High Commissioner for Human Rights has observed, either “as combatants, as part of organised civil society, as human rights defenders, as members of resistance movements and as active agents in both formal and informal peacebuilding and recovery processes”. Women in Yemen are no exception. Despite the often violent opposition to women’s rights activism, they are already very active in peacebuilding efforts, particularly at the local level, and many women have been campaigning for greater representation in negotiations.

Ola al-Aghbary, for example, is the founder and CEO of the Sheba Youth Foundation for Development and has established community led conflict resolution councils in Taiz. Meanwhile, in October 2020, the Abductees’ Mothers Association secured what is described as the “largest prisoner exchange in the history of the Yemen war”.

At the international level, efforts to increase women’s representation in the peace process have had varying levels of success and impact. The UN supported Yemeni Women’s Pact for Peace and Security initiative aims to “build women’s leadership, increase participation and inclusion in negotiations” and is used as an advisory board to support the Office of the UN Special Envoy. Although this is a positive step, Irish representative to the UN Security Council Geraldine Byrne Nason put it best when she reiterated that “consultation should not be a substitute for meaningful participation … women must be at the negotiating table and encouraging all parties to work to that end”.

Recognising this, the Peace Track Initiative, alongside the Women's International League for Peace and Freedom, held a meeting of Yemeni women from diverse backgrounds to develop their own Feminist Peace Roadmap. A key focus of this meeting was how the international community can support grassroots organisations to build peace.

Any peace agreement should be underpinned by gender equality, addressing barriers to women’s full participation in public life.

Despite significant barriers, it is clear that Yemeni women are already an integral part of conflict resolution efforts locally. At the international level, this needs to be reflected in their meaningful participation in peace negotiations. International organisations including the United Nations have an opportunity to amplify the voices of Yemeni women already working to build peace at the grassroots level and reduce barriers to their involvement.

Far from being a unique case, the exclusion of women in Yemen’s peace negotiations demonstrates a broader trend of ignoring women’s experiences of insecurity both within conflict and in their everyday lives. For the women of Yemen, peace is not merely an absence of conflict, as is the primary focus of current negotiations. Instead, it is an absence of fear, violence, and oppression; a dismantling of the structures which contribute to gender-based violence.

Any peace agreement should be underpinned by gender equality, addressing barriers to women’s full participation in public life. This starts with including the whole of society in formal peace negotiations, with a focus on local, community-based activists. Without this, even if an agreement is reached, peace and security for women in Yemen will be a long way off.

The latest episode in a podcast to discuss the implications of coronavirus for Australia, the region, and the world.
Stephen Grenville 27 Jun 2017 17:54

The common view was that the Asian countries, like Icarus, had flown too close to the sun in their hubris-fueled growth and had crashed back to earth.