See you in court? A rising tide of international climate litigation

Vanuatu is pushing for international courts to tackle the climate crisis in a move that could put the heat on Australia. 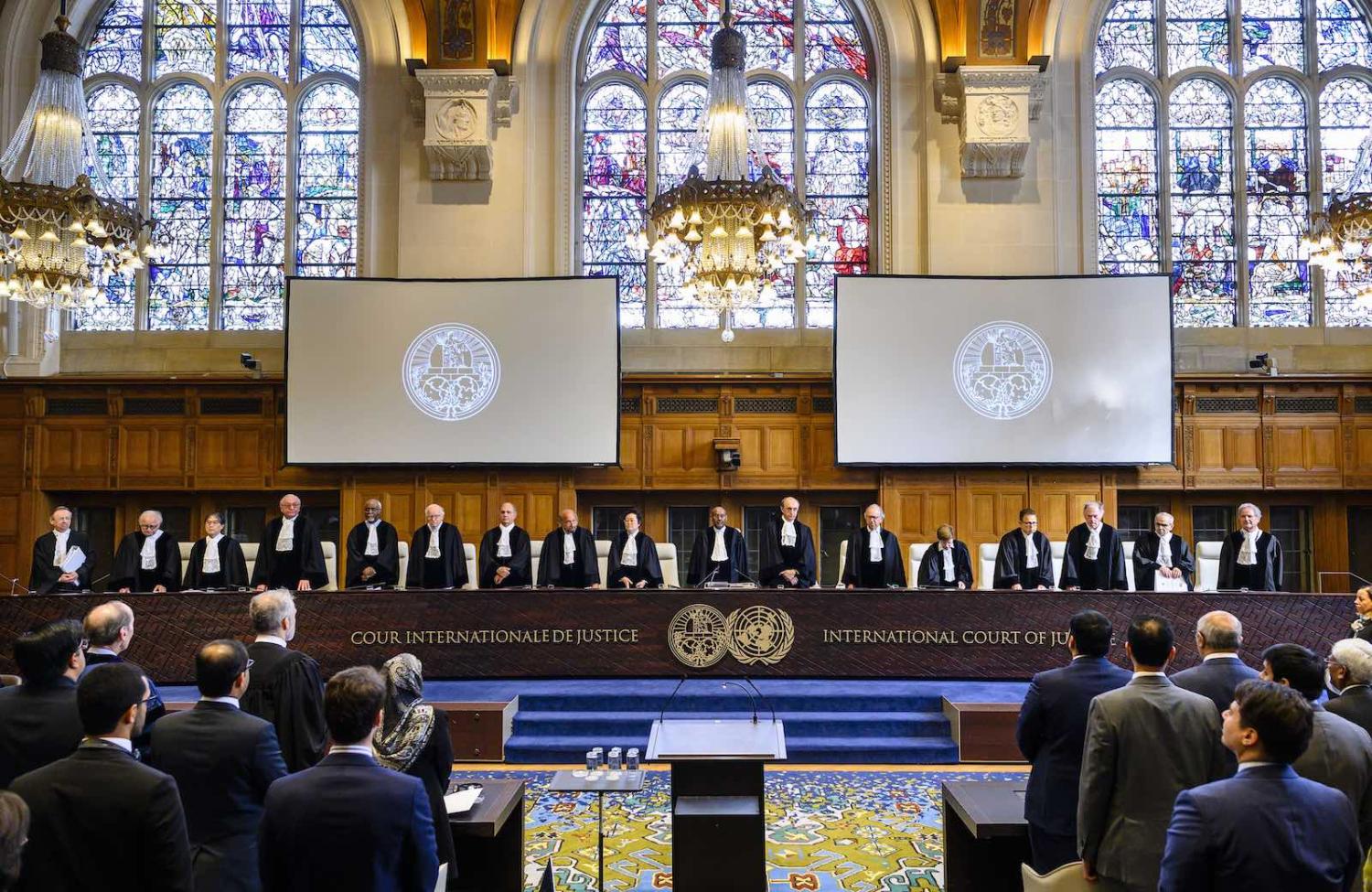 There has been a surge in climate litigation in national courts over the past few years, especially in the United States. Accompanying this has been growing interest in litigating climate change in international forums, including the International Court of Justice (ICJ).

Vanuatu’s Foreign Minister Ralph Regenvanu is a prominent regional advocate for turning to international courts to address the climate crisis. Such a move raises important questions: What legal arguments could Vanuatu or another plaintiff government make, where would they make them, and what are the chances that they will win?

Most of the focus has been on possible proceedings in the ICJ, the principal judicial organ of the United Nations. The ICJ has decided a number of environmental disputes, including the Whaling in the Antarctic Case, in which Australia successfully challenged the legality of Japan’s whaling program in the Southern Ocean. Other environmental cases in the ICJ have not been as successful, such as the Nuclear Tests Cases brought by Australia and New Zealand against France in the 1970s.

The ICJ has two types of jurisdiction, and both could be exercised in a climate-related case. First, the Court has jurisdiction over contentious disputes between states that have accepted the competence of the Court. There are 74 governments that have declared their acceptance of the ICJ’s jurisdiction (often subject to some limitations, such as Australia’s with respect to maritime boundary disputes). The number rises further if we include states parties to treaties that confer jurisdiction on the Court (this is how the United States has found itself before the ICJ on several occasions, even though it has not made a compulsory jurisdiction declaration).

The Pacific push for an advisory opinion on climate change is clearly gathering steam, thanks in part to the efforts of Pacific law students who have mounted a high-profile campaign.

It is increasingly likely that one or more governments will commence proceedings in the ICJ against other governments for not meeting their international legal obligations to address climate change. There are several bases for such litigation. These include treaty-based arguments such as a failure to comply with the 1992 United Nations Framework Convention on Climate Change (UNFCCC) or its most important successor agreement, the 2015 Paris Agreement on Climate Change. For such a case to be successful, it would need to establish the existence of a clear obligation that has been breached. There are challenges in doing this, as both the UNFCCC and Paris Agreement are drafted in quite broad terms (except in relation to certain procedural obligations).

Beyond these climate treaties, another possible avenue for litigation is based on the widely accepted rule of customary international law that one state may not permit activities within its jurisdiction or control to damage another state. Transboundary harm cases have had a mixed record of success in the ICJ, and a climate-change damage case would face particular hurdles because of the evidentiary difficulties in ascribing responsibility to one or more governments for their contribution to the global climate crisis.

However, there have been major developments in attribution science, which can draw a link between certain extreme weather events and human-caused climate change (“event attribution”), and can also quantify the contribution made by particular states and non-state actors, such as fossil fuel companies (“source attribution”).

Vanuatu and other Pacific Island governments have been exploring how a request for an ICJ advisory opinion on climate change might be pursued. The most obvious practical challenge is persuading a majority of UN members to support a UN General Assembly resolution making the request.

There are also legal challenges. The Court would need to be presented one or more clear legal questions on which it could provide an opinion that would be of utility to Vanuatu and other governments justifiably concerned that the international community is not doing enough.

The Pacific push for an advisory opinion on climate change is clearly gathering steam, thanks in part to the efforts of Pacific law students who have mounted a high-profile campaign. The students are seeking an advisory opinion on the human rights aspects of climate change, which is a sound litigation strategy, as this will present a less controversial question or set of questions seeking to lay responsibility at the feet of major emitting states, including Australia. Their campaign has a number of distinguished supporters in the international legal community (including Professor Philippe Sands QC who was counsel for Australia in the Whaling case).

The proposal has now moved far beyond the classroom. At the meeting of the Pacific Islands Forum in Tuvalu in August 2019, Pacific leaders were presented with the advisory opinion idea. While the Forum did not expressly support the proposal, no doubt due in part to Australian objection, the Forum Communiqué did “note” the proposal in very positive terms:

In recognising the need to formally secure the future of our people in the face of climate change and its impacts, Leaders noted the proposal for a UN General Assembly Resolution seeking an advisory opinion from the International Court of Justice on the obligations of States under international law to protect the rights of present and future generations against the adverse effects of climate change.

This is not the last will we will hear of this idea, and Vanuatu in particular continues to explore a range of national and international legal options.

So long as Australia and other governments fail to take the climate emergency seriously by going slow on emissions cuts and providing insufficient climate finance to nations bearing the brunt of climate damage, it is inevitable that governments in our region and beyond will consider court action.

Sunglasses are a staple in the US President’s diplomatic style but not every leader can share the benefit.
Brendan Sargeant 7 Sep 2021 06:00

Australia is looking too much at symptoms rather than the causes – and missing the need to work cooperatively.
Natasha Kassam 3 May 2021 10:30

New polling by the Lowy Institute looks at Australians’ attitudes to Covid-19 responses at home and abroad.