Towards a peaceful and inclusive Asia

Resurrecting the idea of “Asia” can help give smaller states agency to guide China as a responsible and benign giant. 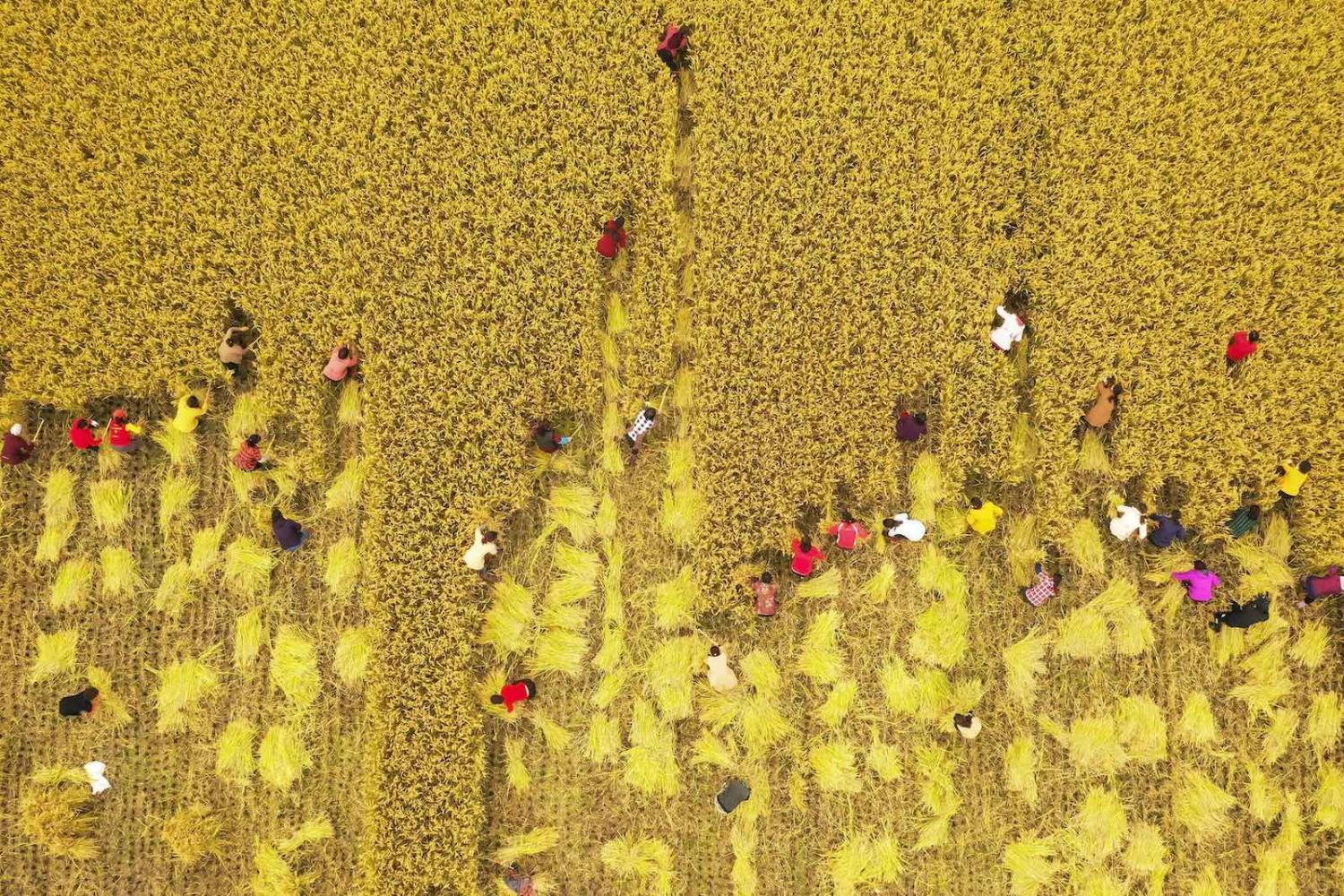 Small states are states too. They have their own agency, their own interests, and their own preferences, and it is important they do not see the world through the perspectives offered by the US-China binary.

This was the main point of the speech I gave this month in Beijing as Malaysia’s Deputy Defence Minister at the Xiang Shan Forum, China’s defence and strategy conference, which tacitly serves as a counterweight to the Shangri-la Dialogue. I reminded my audience that both the China Dream and the United States’ version of the Indo-Pacific strategy are not inclusive. They are both attempts at exclusivity. And I proposed that we should return to a common denominator: Asia.

After my speech, a Chinese official accosted me for apportioning equal blame to both the US and China, since “the US was the one at fault for causing trouble in our region”. The proverb he used for “equal blame” was a colourful one: “各打五十大板” (ge da wushi da ban), a reference to a Chinese court practice where both parties are punished with fifty strokes each.

Who is in and who is out when we consider the Indo-Pacific? We must ask ourselves whether we are lazily embracing someone else’s strategic vision or thinking up one of our own.

Given the international milieu in 2019, when both the mainstream views of the Americans and the Chinese are neither too happy nor too unhappy, Malaysia may have chosen the right path to take, and the right attitude to adopt.

We in Malaysia and the Association of Southeast Asian Nations definitely have a historic role to play today. We have to pull the extremes back to the middle. On the one hand, the current dominant refrain in China is that the US – “an external power” –  should be excluded from China’s neighbouring region, particularly from the South China Sea, and, by extension, from Southeast Asia. According to this frame of mind, China is the victim of a century-and-a-half of Western aggression, and thus all relationships, including China’s relationship with small states in Southeast Asia, are tainted and backdropped by US aggression.

On the other hand, the dominant chorus in the US is for an active pursuit of its Indo-Pacific framework, which not only excludes Beijing, but sees China as a “strategic competitor”.

If we buy into these great-power paradigms, then there is very little else we can do other than to take a side in a war between the US and China at some point in the not-to-distant future.

The realist in us will be prone to see great-power rivalry as inevitable. But there is time yet for us to remain optimistic. Especially if we highlight how small states or middle powers can exercise and express agency in the reality of the multipolar world order.

Here are five sets of dynamics in this context that we should ponder further:

First, who is in and who is out when we consider the Indo-Pacific? We must ask ourselves whether we are lazily embracing someone else’s strategic vision or thinking up one of our own.

If geography is destiny, what is unavoidable for the ASEAN states, and for Japan and Australia, is that China will always still be in close proximity.

Is China excluded from the Indo-Pacific? How does “Indo-Pacific” make us see our region differently from “Asia-Pacific”? Malaysia will host APEC in 2020, but the compelling idea of Asia-Pacific seems to have been overshadowed, which is that it is wide in scope and it is inclusive. Furthermore, it has a strong economic component, in contrast to the Indo-Pacific, which is above all else a military and a strategic configuration.

What would be better is for us to resurrect the idea of “Asia”, which has been the “imagined community” for a century at least. It has an anti-colonial and post-colonial undertones and is actively embraced by most people.

Second, there is a growing bipartisan consensus in the US that China is a threat. Although the consensus may outlast President Donald Trump’s tenure, it is not necessarily a permanent feature – foreign policy does change tracks. Whichever the case, US predictability is now called into question, and most states are concerned about US strategic follow-through.

I often wonder nowadays where Australia’s Asia dream has gone. At one point, Australia was pushing hard to be considered a part of Asia. That ambition is disappearing.

Third, is China the malign force as described by the US? China is no doubt growing in geopolitical influence and military might. But is it an inherently malign force that has to be contained? Or China is a giant that can be moderated to do good for the international community? In fact, I see Malaysia and ASEAN to be playing the role of helping China become a responsible and benign giant that will not cause anxiety among small neighbours.

Fourth, we should ask what the roles of traditional US allies will be in a multipolar world. During a recent visit to Japan, it became evident to me that Japan has an understanding of China that is far deeper than can be found anywhere else in the world outside China. The “China hands” in Japan are very impressive people. In fact, Japanese foreign affairs acumen is better than most people assume.

As a graduate of the Australian National University, I am quite familiar with Australia. I often wonder nowadays where Australia’s Asia dream has gone. At one point, Australia was pushing hard to be considered a part of Asia. That ambition is disappearing.

I still hope to see Japan and Australia playing leading roles in bridging the gap between the US and China, instead of playing it simple and merely being on the side of the US.

Fifth, the smaller states in Southeast Asia are particularly crucial in this endeavour of creating as wide and inclusive a space as possible alongside the narratives conducted by the US and by China. Much more engagement among the littoral states in ASEAN, as well as with middle powers in the region and beyond, are needed.

These states will need to organise better, as well. The promotion of the idea of Indo-Pacific, for example, has reminded Malaysia of the importance of the maritime domain. Also, Prime Minister Mahathir Mohamad reiterated Malaysia’s aspiration to be a maritime nation in his speech at Langkawi International Maritime and Aerospace Exhibition in March this year. Malaysia’s Defence White Paper refocuses on Malaysia as a maritime nation – surrounded by the Straits of Malacca, by the South China Sea and by the Sulu Sea, but with strong roots on the Eurasian continental mass.

There are some efforts to recalibrate taking place already, but I am sure that there is a lot more we can do together to write the rules of engagement to achieve a multipolar world beyond the idea of Indo-Pacific, and with the clear aim of saving the world, especially our region, from calamity.

This article draws on a speech delivered at the international conference “Indo-Pacific: The New Maritime Geopolitical Theatre”, held in Kuala Lumpur on 24 October 2019.

Previous Article
See you in court? A rising tide of international climate litigation
Next Article
China, a low-productivity superpower

Well-resourced journalism is undoubtedly necessary to inform the public about domestic issues, but are foreign correspondents equally necessary?