As varied as the weather: How public attitudes shape climate policy 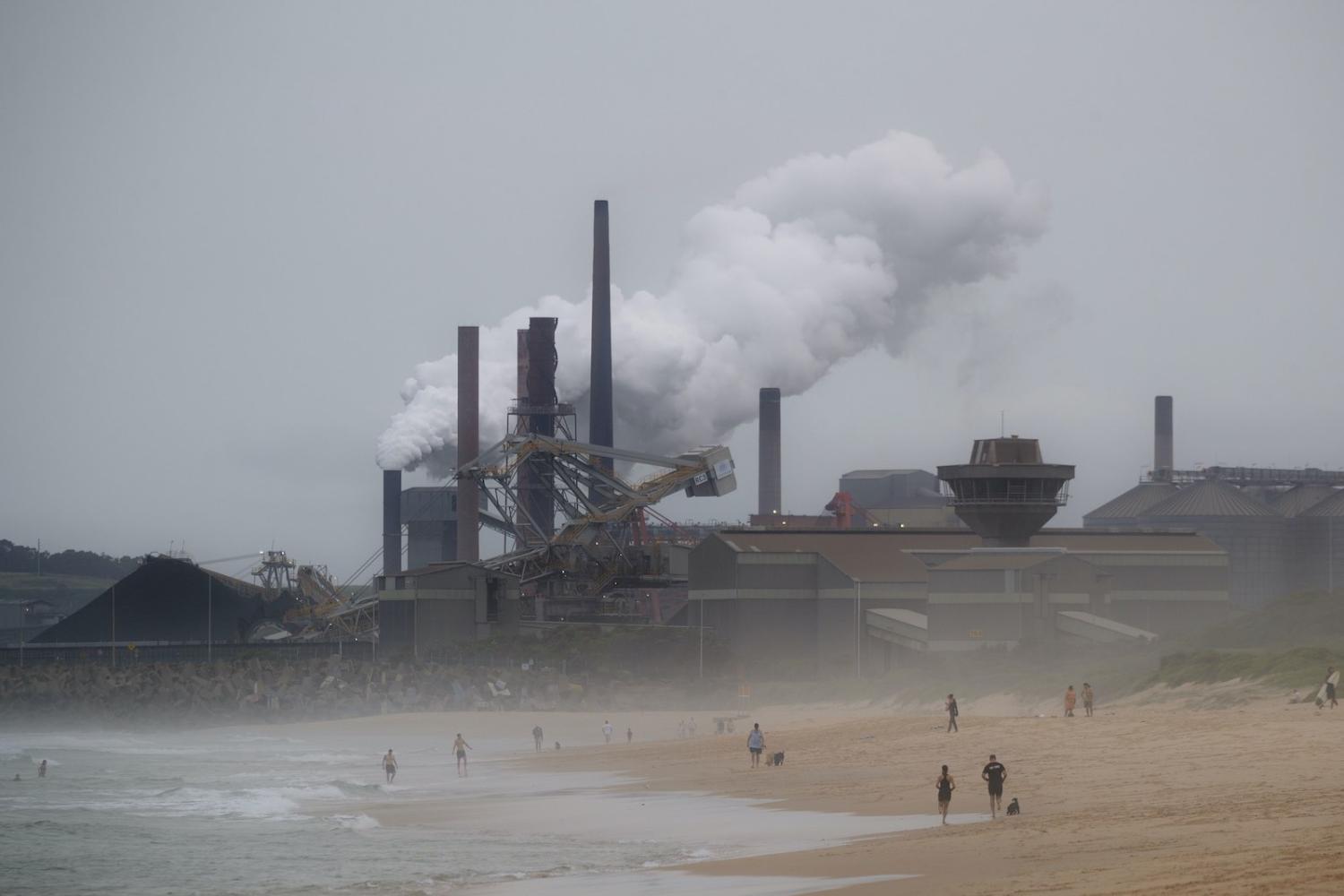 Australians are no strangers to the “climate wars”. For more than a decade, the politics of responding to global warming has felled prime ministers amid policy failures and repeals, leaving the country with a comparatively weak climate pledge. Destructive politics have overflowed into the lives of everyday people, shaping climate-charged arguments between family, friends, colleagues and neighbours. Schoolkids have marched on the streets, other (often older) Australians have complained of upstarts, the PM has dissed inner-city “wine bar” attitudes, farmers have bemoaned Canberra’s cynicism, and all the while in the darker corners, climate conspiracies have metastasised.

If these anecdotes feel familiar, it’s because they characterise the dominant climate-opinion divides in Australia. Even though a large majority of Australians are supportive of climate policy, as found by the 2021 Lowy Poll in line with other recent studies, pro-climate views are stronger with young people (compared to old), women (compared to men), progressive voters (compared to conservative voters) and those with more education (rather than less). This is the social-political complexity lurking beneath Australia’s commitment to the international community that by 2030 the country will reduce greenhouse gas emissions by 26–28% below 2005 levels. And it is the same domestic mess that explains why Prime Minister Scott Morrison talks about desiring – but not committing – to reach net-zero emissions by 2050, a rhetorical formula puzzling to international partners.

Australia’s relationship to climate change, however, is not monolithic. Some welcome the increasing pressure on Australia to up the climate ambition as other nations ratchet up their climate commitments. Yet others resist and plead Australia’s special circumstance. But it is also true that the response in every nation will be shaped by how their citizens think and feel about environmental challenges. In fact, cross-national studies have found that there are some country-level drivers of trends in climate opinion. These include the more CO2-intensive countries having generally lower concern about climate change, and Western European and post-Communist countries being less prone than the Anglosphere to left-right divides on climate. To dig a little deeper, it’s instructive to look briefly at the climate attitudes of the citizens of the top three emitters in absolute terms: China, the United States and India.

The US is the second largest emitter, producing 13% of global emissions, yet is also deeply polarised about climate change. If you know whether an American identifies as a Republican or a Democrat, you have a good chance of correctly guessing their climate opinion. US President Joe Biden’s pledge – reducing by 2030 the country’s emissions by 50% on 2005 levels – is therefore notable not just for its ambition, but also in spite of the countervailing force of social-political opinion divides. But when the adequacy of climate policy hinges on federal election outcomes, the risk remains of the pendulum swinging back towards repeal at the next change of presidential administration. It’s therefore important that the social base of support for US climate policy manages to grow during Biden’s term.

China, the world’s largest emitter, has recently increased ambition of climate pledges by committing to peak emissions by 2030 and reach carbon neutrality by 2060. This is a significant commitment from the nation responsible for 30% of global emissions, though at 8 tonnes of CO2 per person, China’s emissions relative to population is half that of the 16 tonnes per person in the United States (and less than half of Australia’s 17 tonnes per person).

Gauging public opinion in China has particular challenges. According to a recent review of Chinese climate-opinion studies, there are strong and generally widespread pro-climate attitudes in China. There is widespread understanding that the climate is changing, and 66% of those surveyed recognise that this is mostly caused by human activities. Generally, there is strong support for domestic policy ambition and international cooperation on climate change.

But climate opinion in China is also uneven. Most significant is the educational divide. People with higher levels of formal education are more supportive of climate policy, and this correlates with two other divides, too: people with higher income hold stronger pro-climate opinions (and strong pro-environment opinions generally), as do those living in urban settings, rather than in rural areas. So while China’s climate policy is often viewed in one-dimensional terms, there are important social factors that can shape public opinion. (And, despite the authoritarian system of government, the Chinese government clearly cares what its citizens think.)

In India, the third largest emitter, responsible for 7% of global emissions (but with only 2 tonnes of CO2 per person), around 85% of the population understands the climate is changing. More than half, about 55%, recognises in climate change the influence of human activities. According to 2015 research, another big majority, 86%, sees climate change as a very serious or somewhat serious problem.

Even in Australia, there has been a shift to a debate about whether targets and commitments are adequate, the optimal suite of policy instruments and how best to support the people who will be negatively affected.

In February 2021, 87% of Indian citizens indicated support for the Paris Agreement. Despite this large majority, women, older people, people with higher incomes, people with lower education, those less engaged with news and current affairs and people with lower trust in scientists and environmental organisations tend to have lower acceptance of climate change and lower support for climate policy.

As the world’s largest, albeit flawed, democracy, the strong social base of support for climate policy can only assist India’s efforts to balance climate action with social development. India’s climate pledge is considered compatible with holding the planet to between 1.5 and 2 degrees Celsius of warming. India will reduce emissions per unit of GDP by a third on 2005 levels, and has pledged never to exceed the per capita emissions of the developed nations.

So as in Australia, sizeable majorities of the populations in China, the US and India understand the seriousness of climate change and are supportive of climate policy. But again, like in Australia, there are some important social fault lines that cleave climate opinion.

In 2021, the United Nations Development Program administered a multi-national survey of people’s climate opinions. The “People’s Climate Vote” found that across nations, higher education is a consistent predictor of understanding climate change, but that the influence of gender is variable by country – seen, for example, by comparing Australia and India. As the UNDP releases country-level analyses of this data, the differences may become clear in how climate change and climate policy are understood across nations.

Climate policy debates are growing in their complexity. Even here in Australia, there has been a shift from a debate about whether climate change is real and worthy of policy action to a debate about whether targets and commitments are adequate, the optimal suite of policy instruments and how best to support the people who will be negatively affected by a changed climate in the future. Viewing Australia climate opinion in terms of the overarching trends, as well as the social fault lines, gives helpful context to the state of our climate policy. By viewing other nations similarly, we can gain a sense of how the world is tracking on climate change not just by gauging the adequacy and ambition of nations’ climate pledges, but by understanding the patterns of climate opinion among the nations’ citizens, too. 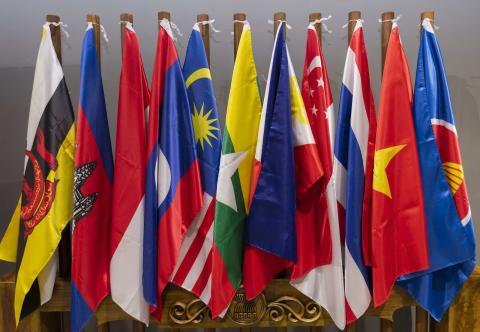 Previous Article
Is Southeast Asia ready for a US-China tech decoupling?
Next Article
Gab’s gift to the far right

The women taking on spycams in South Korea

The Chinese position is that its most valuable contribution to the global humanitarian good is the development and stability of China itself.
Daniel Woker 26 Oct 2017 11:31