An Australian lawyer leads efforts to examine the political, human rights and legal legacy of a dictator.

Australia has not usually had a high profile in the Indian Ocean island states such as Seychelles, Mauritius and Madagascar. This despite Australia’s huge Indian Ocean littoral, presence of three oceanic territories, mutual Commonwealth links and substantial investment. Inter-governmental visits are few, Australia’s physical diplomatic presence is confined to Mauritius and its Defence activity mostly focused on the Gulf end of the region.

So the sudden high profile Australia has achieved in Seychelles is unusual. An Australian lawyer, Gabrielle McIntyre, heads the Truth, Reconciliation and National Unity Commission (TRNUC) examining the political, human rights and legal legacy of Seychelles long-time authoritarian ruler France-Albert René, who died in 2019. And the political profile of the Seychellois diaspora in Australia has also gained a new prominence. It is providing critical evidence to the TRNUC and advancing claims for restitution that challenge the property interests of former regime cronies.

Seychelles established the TRNUC in 2018 after the opposition won control of the National Assembly. Modeled on South Africa’s post-apartheid Truth and Reconciliation Commission, it is looking into the grim catalogue of political murders, disappearances, imprisonments, expropriations and other actions following the 1977 coup d’état and under the subsequent dictatorship.

McIntyre, who has a strong background in post-conflict legal governance in Africa as well as the Balkans, chairs the TRNUC assisted by up to six Seychellois commissioners. She is proving nimble and determined, but also cordial and inclusive, as she has driven the TRNUC into difficult territory. Seychelles is a small country where victims and perpetrators know each other’s families – and family members have been on opposite sides. A measure of the effectiveness of her stewardship is the local acceptance of the image she projects of a familiar but impartial Australian overseeing a traumatic Seychelles transition. But the Australian connection is also raising other echoes.

As President, René battled persistently plotting dissidents, human rights advocates, foreign mercenary interventions and army mutinies with a long program of exilings, disappearances, extra-judicial killings and expropriations. But in a post-Cold War world, he successfully transitioned to democracy in the 1990s, got himself elected President competitively and eventually retired on his own terms.

Australian consular officials dealing with Seychelles and based out of Mauritius may well be kept busy in the process.

But a good number of his victims settled in Australia, joining an existing diaspora. Australia has had immigrants from Seychelles since colonial times, and the small inflow accelerated after the 1977 coup. (Indeed, some of René’s close family had earlier emigrated there.) Australia was second only to London as a centre of émigré plotting against the René regime. An active underground movement existed in Seychelles up to at least 1986, some of which reached back to Australia. René’s ministers regularly complained to Canberra, to no avail, about the activities of resident Seychellois dissidents, especially those in Perth.

Numbers of Australian-resident Seychellois have testified before the TRNUC, including one whose eyewitness account placed René in person at the scene of two high-profile murders in the 1980s. Frequent testimony relates to the expropriation of René’s opponents’ property. Others describe arrest, incarceration, harassment and blacklisting before leaving for Australia.

For the current President, Danny Faure, the TRNUC is a mixed blessing. He heads René’s old party and controls the executive under Seychelles’ French-style constitution. The opposition entrenched in the National Assembly wants to use the TRNUC to leverage him and his party out of office by smearing all associated with the René regime. One of the hazards McIntyre and her colleagues seem conscious of is avoiding becoming partisan tools.

But the adroit Faure is using TRNUC to marginalise or remove those in his own party unhappy with him and Seychelles’ more Western and liberal direction. René’s successor, former President James Michel, who was a key 1977 coup participant, has been driven into de facto exile in the UAE. Several hard men from the security services have been forced out due to TRNUC testimony. 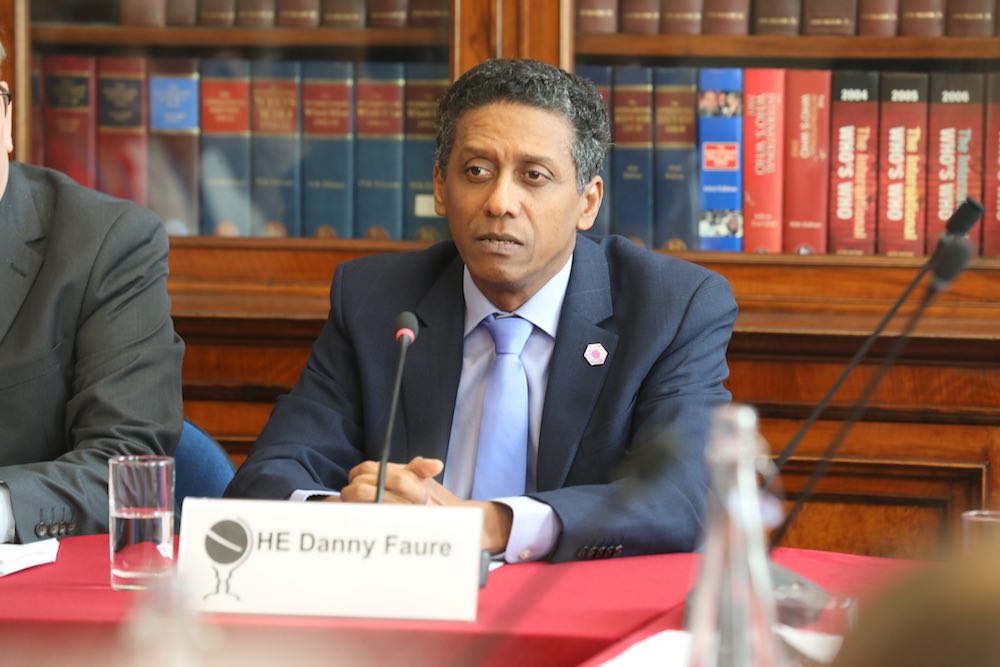 The TRNUC proceedings, McIntyre’s profile and the Seychellois diaspora experience in Australia have gently reinforced Australia’s soft-power standing in Seychelles. Collectively they have been a quiet reminder of Australia’s significance for the Indian Ocean island states. Australia enjoys a benevolent and sybaritic image and is unlikely to suffer any consequences from its publicised role as a haven for dissidents. This was already well known to former regime figures and appreciated by the opposition.

But the restitution side of the TRNUC’s possible findings will engage Australian-resident Seychellois in the courts for years. Exiles’ property claims are substantial. Sometimes they are against powerful individuals. Australian consular officials dealing with Seychelles and based out of Mauritius may well be kept busy in the process.