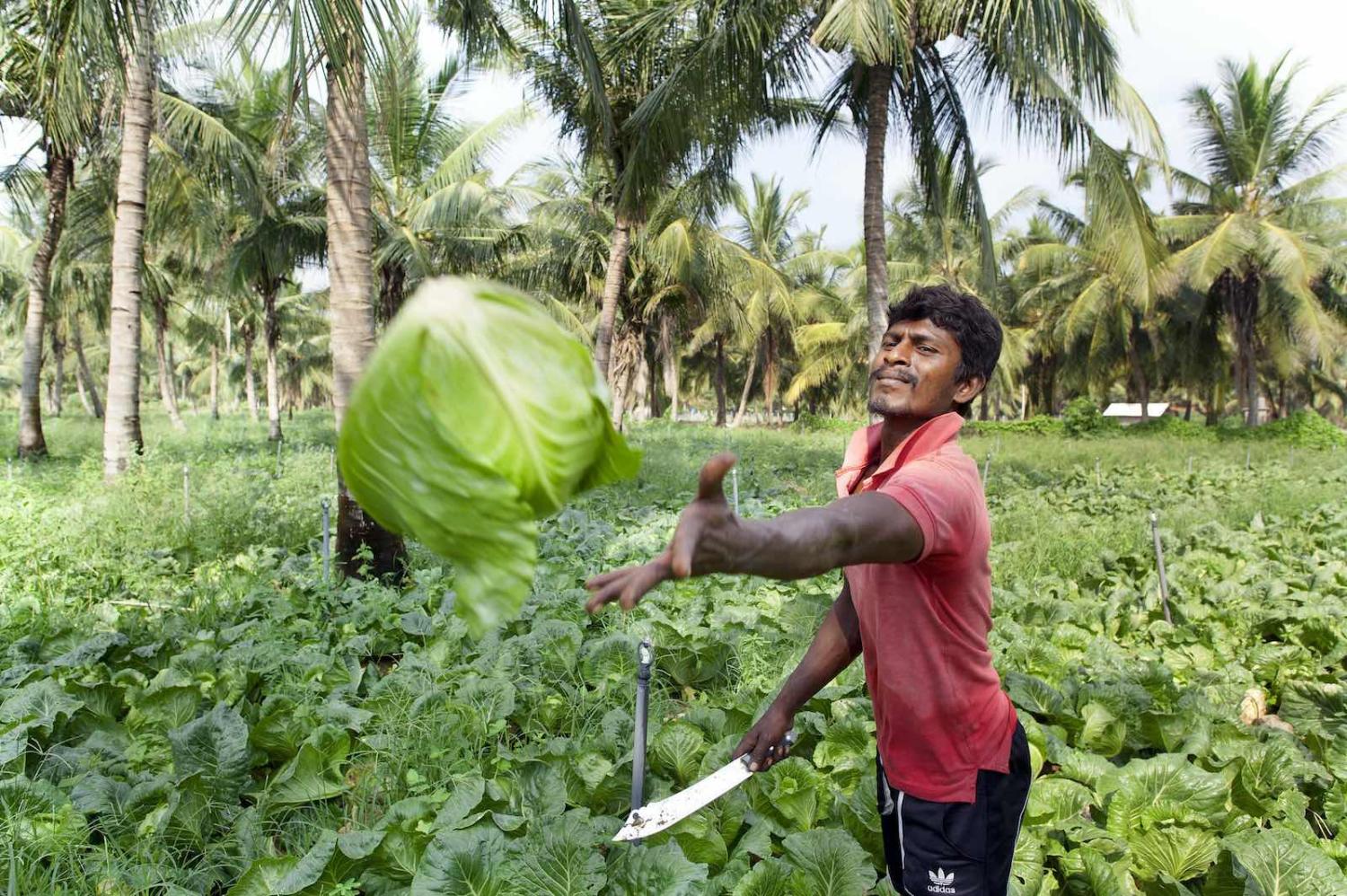 Photos of empty supermarket shelves became commonplace in the first weeks of the Covid-19 pandemic. The shutting down of borders and decreasing trade have affected many countries, especially those that heavily rely on imports and exports.

It is understandable that countries may restrict the flow of goods including food to safeguard their own interests during a crisis. For instance, Vietnam temporarily halted rice exportation to ensure that there was sufficient food consumption food domestically.

“Food security” is measured through the accessibility of food and the ability of an individual to have access to it. Singapore is a compelling example. Although it has been ranked as the most food-secure country in Asia Pacific under the Global Food Security Index (GFSI) 2019 Asia Pacific regional report, Singapore is susceptible to disruptions in the global supply chains since it imports more than 90% of its food. Singapore has witnessed how the uncertainty has triggered panic and resulted in hoarding of household supplies. It took contingency plans by issuing a joint ministerial statement with six Asia-Pacific countries in March 2020 to keep the global supply chains intact to enable the flow of goods during the pandemic.

New area of cooperation for Singapore and Sri Lanka

Covid-19 has opened new opportunities for Singapore and Sri Lanka to collaborate. The Singapore government has donated medical supplies including test kits, thermal scanners, surgical masks, surgical gloves, medical goggles and non-contact infrared thermometers to assist Colombo to keep the pandemic at bay. The two countries have also worked closely together to repatriate Sri Lankans stranded in Singapore. Singapore wants to project itself as a dependable and resourceful partner that taking the initiative to assist others in times of need.

This extends to food security. A webinar organised by officials in Colombo and Singapore in July to discuss agribusiness and digitalisation was an effort by the two countries to strengthen their relations in food management. Their long-standing trade relations have been exemplified by the high total volume of total US$883 million in 2019. Singapore was also Colombo’s fifth biggest investor in the same year.

Many Singapore organisations have sought opportunities in Colombo’s growth sectors, including food and beverage, tourism, infrastructure and consumer goods. There are approximately 100 Singaporean companies operating in Colombo. Prima group was the first Singapore company to set up operations in Sri Lanka as early as 1977 and has become a household name over the years. It has also made Trincomalee its South Asia hub. In 2018, several local businesses signed MoUs to establish their presence in Colombo. For instance, Art Holdings signed an agreement with Beijing Genome Institute to set up a crab farm in Sri Lanka.

Despite the challenges, Covid-19 has propelled countries to reimagine existing opportunities and leverage new ones. Colombo, a key exporter of rubber, tea and fresh/processed food, has been affected by the disruptions in the global supply chains. The new area of cooperation between Singapore and Colombo is likely to benefit both countries. As Singapore tries to diversify its food imports to remain as food secure as possible, Colombo is seeking to capture new markets, along with regaining the lost ones.

Following the Gotabaya Rajapaksa government’s landslide victory in this year’s parliamentary elections, Colombo is likely to adopt an Asia-centric foreign policy. The government’s reorientation also reflects a change in the balance of powers that is moving eastwards. Sri Lankan Foreign Secretary Jayanath Colombage has said that Colombo should focus on its neighbourhood and move away from Western-centric diplomacy.

Asian countries may be better positioned to assist Colombo to reduce its foreign debt and boost economic spending. The current government is of the view that forming strategic partnerships with Asian countries could pose fewer challenges than with its Western counterparts, who are more inclined to raise issues of human rights.

Colombo’s pivot to Asia and interest in increasing food exports could help overcome the disruptions in current food supplies.

Historically Sri Lanka has focused heavily garment exports to the West. However, its economy that is highly dependent on tourism, exports of garments and foreign worker remittances, has contracted further since the Covid-19 pandemic. Although senior analysts Hemant Shivakumar has said that the government’s pivot towards its neighbourhood would not happen by jeopardising its relations with Western countries, it cannot wholly rely on the US and European Union as the main export destinations for its garments industry.

Although the agricultural sector has contributed relatively less to the GDP, it has employed approximately a third of the labour force, especially among the rural population. The new area of collaboration between Singapore and Sri Lanka in food security could be a stepping stone for Colombo to develop its local economy and increase its food exports to other Asian markets that are trying to remain as food secure as possible.

China is another key market, given that it has seen major food shortages in the past. Although Beijing has made substantial improvements to increase its agricultural capacity, it still faces threats to food security. Colombo’s pivot to Asia and interest in increasing food exports could help overcome the disruptions in current food supplies.

Previous Article
Where will Australia stand on banning weapons of mass destruction?
Next Article
The hate matrix of online gaming

The Huawei indictments: allegations and politics

The Justice Department’s allegations are serious but the Chinese company doesn’t seem versed in intelligence tradecraft.
Andrew Selth 13 May 2021 09:30

Urban dissidents trained by battle-hardened guerillas in the countryside could make things harder for the Tatmadaw.
Hervé Lemahieu 8 Feb 2019 16:30