Six months of war in Ukraine: Europe’s life and fate 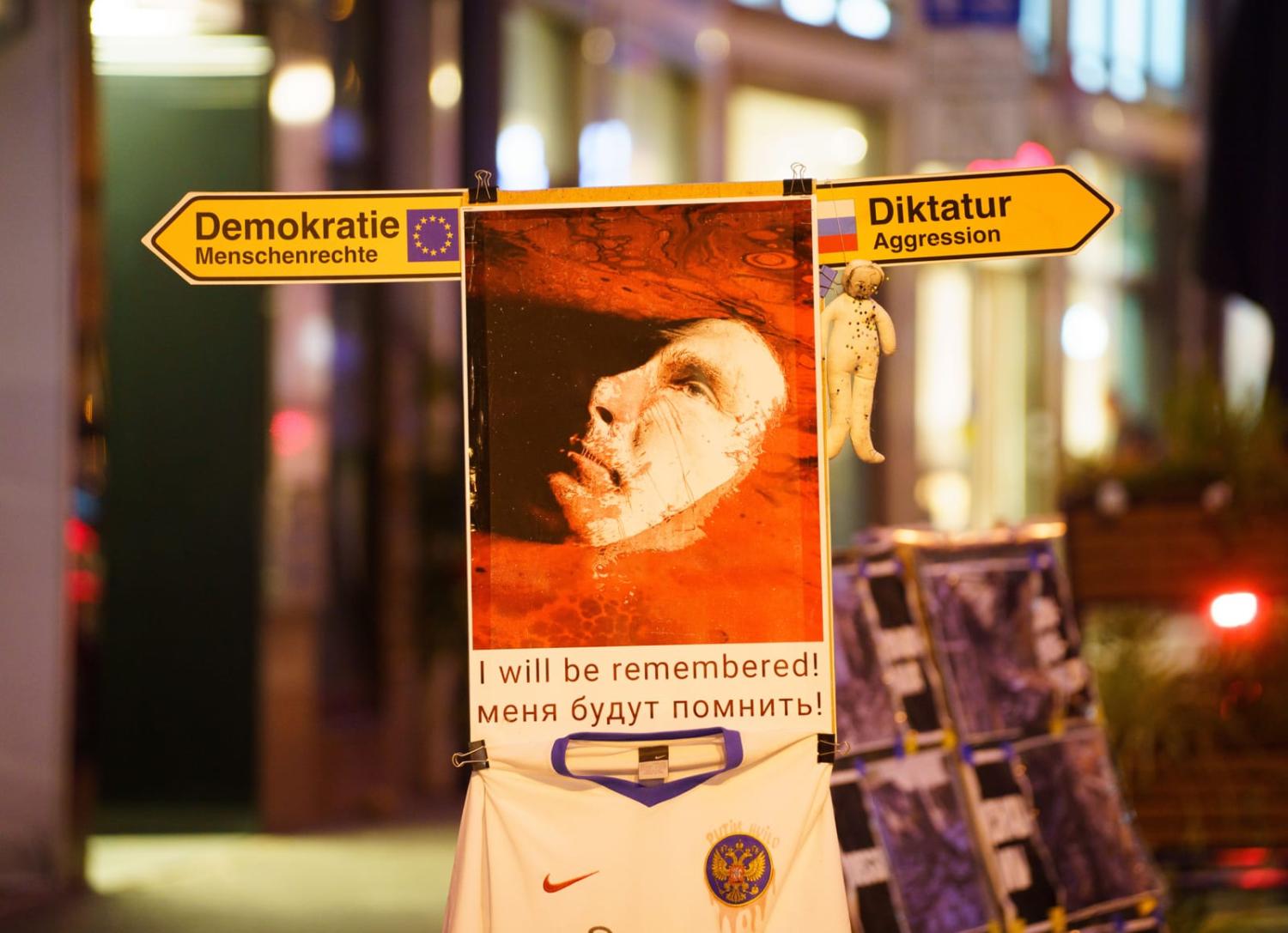 Europe cannot afford to surrender to the strains, for it has given itself a moral stake in Ukraine’s success (Frank Rumpenhorst via Getty Images)
Published 22 Aug 2022

For the political analyst, it is often difficult to identify whether the decisions made by powerful actors are borne of a sense of strength or out of weakness. In this respect, the sinister game that Vladimir Putin is playing with Europe’s gas supplies is a case study par excellence. Should it be interpreted as a raw assertion of the Russian President’s power, reminding Europe of its own fundamental weaknesses by exploiting the social and political fissures that lie just beneath the continent’s surface? Or is it an act of desperation, designed to effect a change of fortunes in a war that has plainly not gone according to plan?

It is a question of some consequence for Europe’s leaders as a difficult winter looms. As the historian Lawrence Freedman – one of the very best commentators on the war in Ukraine – observes, Europe’s energy crisis could very well dispose its decision-makers to overtures from Putin for a “peace” compromise. Given that it would mean territorial concessions from Ukraine, any such scenario would of course be seen in Kyiv as a betrayal. But it nevertheless says much about the Russian President’s fear of appearing “weak” that this seemingly obvious manoeuvre has not, so far, been attempted.

Six months after the invasion of Ukraine, much has been written about the onset of war fatigue in Europe. Energy prices and inflation are biting. Inevitable cracks are appearing on domestic political fronts. And the war shows no sign of ending any time soon.

Within Europe, the invasion served to suffuse the “European project” with renewed emotional force and a sharpened sense of moral purpose.

Yet, by its own logic, Europe cannot afford to surrender to the strains, for it has given itself a moral stake in Ukraine’s success. For the European Union in particular, maintaining solidarity – both internally and with Ukraine – is a collective mission of almost existential importance. In his speech to the EU Parliament on 1 March, one week into the war, Ukraine’s President Volodymyr Zelensky made it clear that this is a fight Europe cannot afford to lose: “We are fighting to be equal members of Europe.”

Some 80 per cent of Ukrainians wish to join the European Union, of which the country is now a candidate member. Since July, an EU flag has hung in the Verkhovna Rada, Ukraine’s parliament. Within Europe, the invasion served to suffuse the “European project” with renewed emotional force and a sharpened sense of moral purpose. Amid the din of tanks and missiles could be heard the hymns of European idealists, long muddied by the arcane policy disputes and loathsome bureaucratism that today typifies the EU in many European minds. European leaders were quick to reciprocate the Ukrainian President, producing an unequivocal statement that “Ukraine belongs to our European family”.

Inevitably, emotions have since subsided a little. But outward support for the Ukrainian cause remains resolute. To visit the Baltics or Visegrád states, one is still endlessly confronted with public signs of sympathy for the Ukrainians and revulsion for the Russian President. It is rare to wander down an inner-city street without encountering a blue and yellow flag draped from an apartment window or a violent piece of anti-Putin graffiti. But will it last? As Catherine Belton – author of the excellent Putin’s People – notes:

A big inflection point is coming in the autumn. This is when the sanctions will begin to bite hardest on the Russian economy, but it will also be when the energy prices hit the West the worst.

Within Europe, the energy crisis has had the effect of domesticating the politics of the war. It has demanded tough decisions from national governments, and sacrifices from their citizens. Ominously, the domestic economic pressures created by the war have supplied a political lifeline for Europe’s Putin-loving populists. After a period of embarrassed silence following February’s invasion, they have rediscovered their voices by criticising Western sanctions for their consequences at home, rather than for nakedly pro-Russian reasons.

In Germany, for instance, far-right groups paint an apocalyptic image of a Wutwinter, a “Winter of Fury”, with homes plunged into darkness by endless power cuts, cities paralysed by mass street protests. It’s an unlikely scenario, of course. But it nevertheless reveals the latent danger of Europe’s political extremes (of both Left and Right) exploiting the economic fallout of the war for their own purposes.

Should the situation deteriorate, European leaders will find it difficult to quell domestic instability by reminding citizens of their moral duty toward their Ukrainian neighbours.

So much for Europe. Even less clear is the future of Russia itself. It is a cliché that Russian history resembles an unusually powerful tide that slowly recedes before violently coming in every couple of generations or so. 2022 surely marks one such tidal moment. Devotees of Moscow and St Petersburg now speak of a vanished world: the small but extraordinarily dynamic pools of creative, liberal culture that once marked those cities have dried up.

Already tight since the protests of 2011–13, Putin’s clamps of repression have more or less closed completely. And perhaps even more damaging in the long-term, countless enterprising young Russians (in May, experts already put the figure at around 150,000) have departed their homeland – some, no doubt, forever.

Putin’s reckless invasion of Ukraine in February may have been impelled by an inability to grasp just how much that country has changed since 1991 – and indeed, since 2014. But the effect of his action has only been to accelerate Ukraine’s drift from Moscow’s orbit.

In the long-term, perhaps the greatest consequence of the war for Europe will be that the continent’s fifth biggest country in terms of population, and its largest in area, will have become more “European”. For now, though, the medium-term horizon is littered with variables – few of them providing great reason for optimism. One can only hope that, in the future, we will not have to speak of this period only as the “first” six months of the war.

The EU was built to prevent what destroyed the continent twice in the first half of the 20th century and kept half of it prisoner until 1990.
Victor Abramowicz 22 Feb 2022 06:00

In an atomic world, the road to hell is paved with good intentions.
Mateo Szlapek-Sewillo 1 Feb 2022 10:00