Next steps for American engagement with the Pacific Islands

Stronger local ties will help the United States play catch-up in its quest to effectively compete with China. 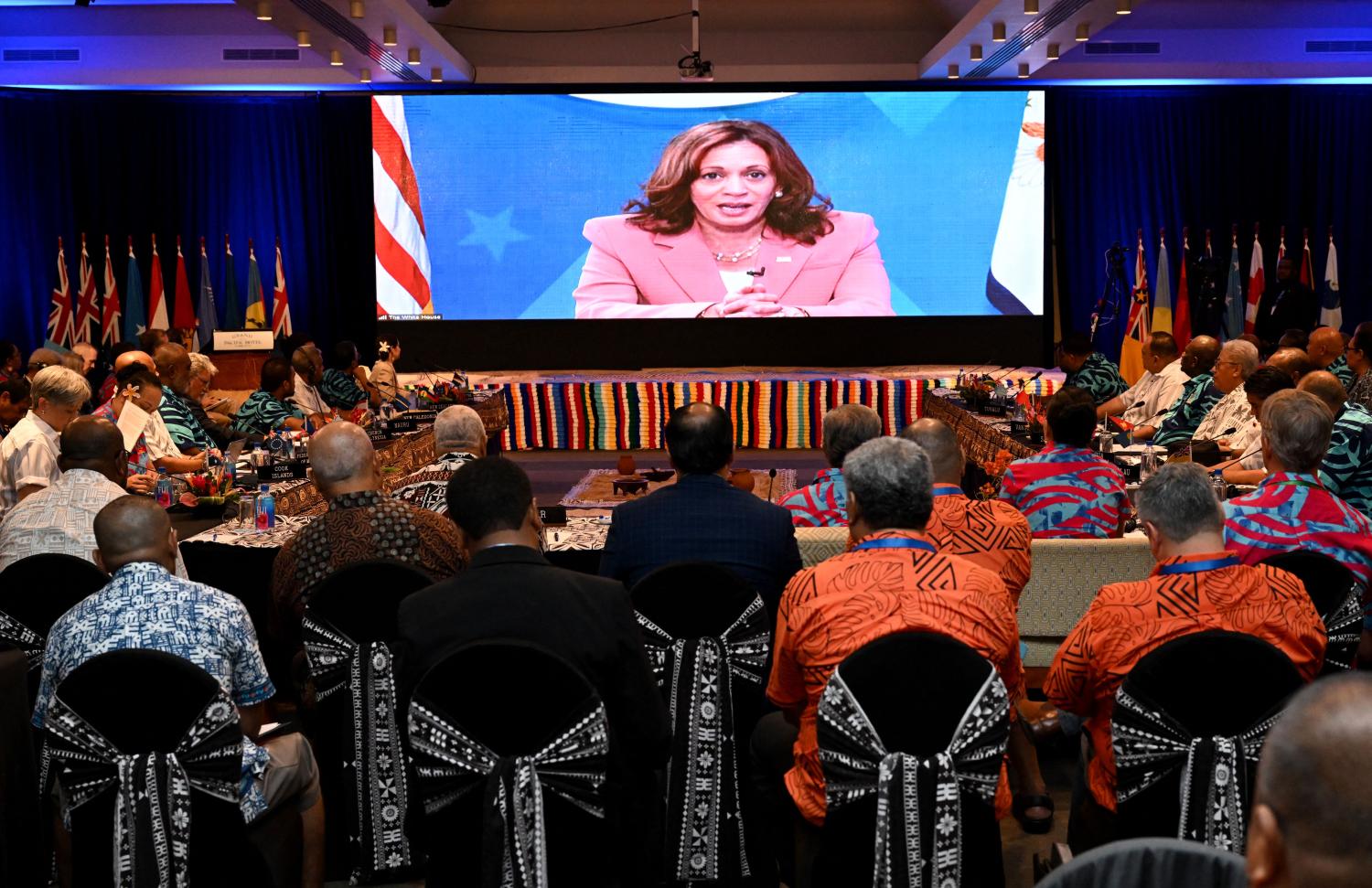 Washington has made monumental steps in improving its engagement with the Pacific Islands countries. Several new initiatives have been announced. US President Joe Biden will meet with Pacific Islands leaders, who will be in the United States next month to attend the United Nations General Assembly. New diplomatic missions have been announced for Tonga and Kiribati in addition to the previously announced mission in Solomon Islands.

The Biden administration also announced the appointment of an envoy to the Pacific Islands Forum, as well as requesting from Congress a tripling of its commitment of funds to the Forum Fisheries Agency. The administration’s messaging on climate change has signalled a positive shift towards the views held by Pacific Islanders. Progress is being made on renewing funding for the Compacts of Free Association with Marshall Islands, Micronesia and Palau.

These are all good signs of Washington’s sincerity in engaging with the island states. It also begs the question, what’s next?

The Pacific Islands space has become increasingly contested, pitting the United States and its allies against China. Illustrative of the challenge is the recently concluded Solomons-China security pact, despite efforts by Canberra and Washington. The diplomatic tour by China’s Foreign Minister Wang Yi through the region generated dozens of agreements and memorandums of understanding, despite falling short on winning a region-wide agreement.

Policymakers in Washington have a capacity challenge when it comes to the Pacific Islands countries. Expertise is wanting.

Beijing’s engagement with the Pacific Islands region goes deeper than the diplomatic level, however. Two examples from Solomon Islands are instructive of China’s pursuit of sub-state relations. In 2019, the China Sam Enterprise Group attempted to lease the entire island of Tulagi, along with its deep-water port, from Solomon Islands’ Central Province. The proposed deal ignored the rights of customary landholders and was deemed by the country’s attorney-general as illegal. In September 2020, Chinese state-owned enterprise AVIC International Project Engineering Company lobbied the premier of Isobel Province seeking support to build naval and other infrastructure projects. Chinese sub-state engagement can be found in Vanuatu and Papua New Guinea, too.

The United States has to play catch-up in its quest to effectively compete with China in the Pacific Islands. It does not have a lot of time and it has much to do.

Recently, Eileen Natuzzi, an American physician working in Solomon Islands commented, “While a return to high-level visits [to Solomon Islands] is a welcome development, short well-orchestrated ones have done little to repair Washington’s years of neglect.”

The task before Washington revolves around strengthening personal relationships throughout the Pacific. Policymakers and lawmakers in the United States should see people-to-people diplomacy through a strategic lens. Links between peoples has many benefits, including improving situational awareness, deepening understanding, identifying opportunities and threats, creating strong bonds and offering clear alternatives to offers from China.

Washington should assemble Americans from Guam, Hawaii, American Samoa and the Commonwealth of the Mariana Islands to help inform the government about Pacific Islands points of view. This Pacific Islands consultative body would help inform US engagement with the region. New Zealand provides government and business with guidance on engaging with Pacific peoples through Yavu, a Fijian word meaning “foundation”, which provides “guidance on how to engage with our Pacific communities in a way that is more meaningful and relevant”.

The findings of this mission would help inform the next steps of American diplomacy with the Pacific Islands. It would also send an important signal – Washington is here and listening.

A further step in deepening American people-to-people diplomacy with the United States should build links with sub-state leaders. The State Department, the Department of Commerce, the National Governors Association, the United States Conference of Mayors, and Sister Cities International should collaborate to ensure the United States works at the sub-state level among the Pacific Islands. Better links not only help share insights into challenges of sub-state actors such as mayors and governors, but also help to identify investment opportunities with the intended consequence of creating employment.

Now that the Biden administration has made the commitment to the Pacific, it must map a way forward. The steps outlined here offer a pathway to develop strategically meaningful, people-centred diplomacy that can build relationships useful to promoting economic opportunities, improved governance, and shared values, while at the same time competing with Beijing for influence.

The EU should use the tools at its disposal to find short-term fixes to the crisis; a Turkey-style deal is clearly not that.
Jonathan Pryke 29 Jan 2021 14:30