Mexico’s president developed a surprisingly cosy relationship with Donald Trump, but those days are over. 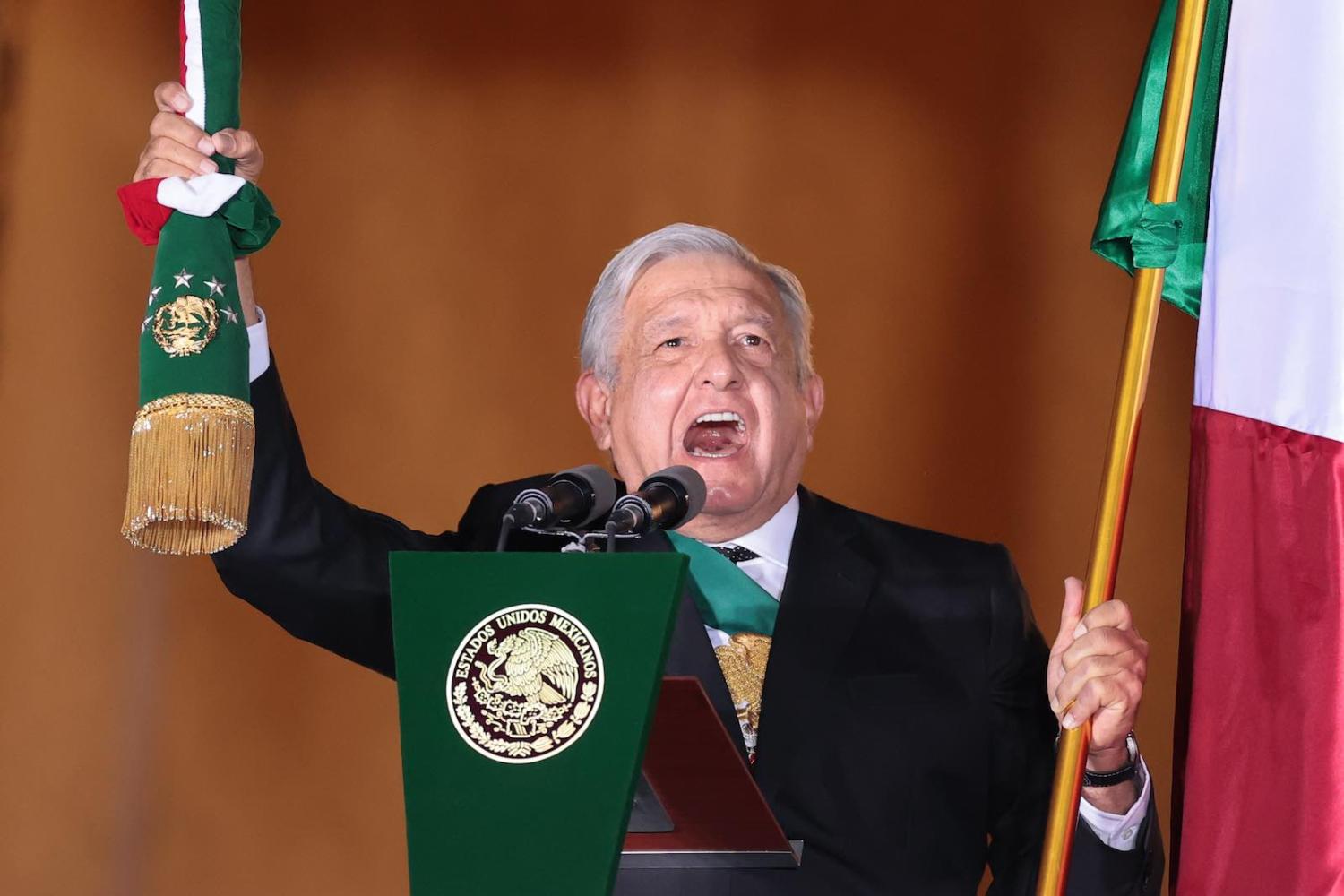 Of the many challenges facing the new Biden-Harris administration, it seems Mexican president Andrés Manuel López Obrador (commonly known by his initials, AMLO) intends to be one of them.

AMLO was among the last of the world’s leaders to acknowledge the election of Joe Biden to the US presidency, saying he was waiting until the legal challenges to Biden’s election were resolved. The Mexican president has also just signed into law a bill passed by the national Congress to restrict the activity of “foreign agents” on Mexican soil. The law is aimed specifically at US actors such as the Drug Enforcement Agency (DEA), which López Obrador has accused of fabricating evidence in the investigation of a Mexican citizen for drug trafficking and money laundering. He has also said of the US Department of Justice that Mexico will not cooperate on cross-border drug crime investigations “without respect for our sovereignty”.

AMLO has also just revealed a positive test for Covid-19. Yet beyond the pandemic, his provocations likely represent a serious diplomatic headache for the new occupants of the White House. Indeed, for all President Donald Trump’s bluster against Mexicans, the US needs Mexico. Migrants from Mexico in the US are long-standing contributors to the country’s workforce and economy. Much global trade and diplomacy also relies on strong cooperation between the two nations. The relationship is worth $614.5 billion in goods trade, and is implicated in major international agreements such as the United States Mexico Canada Agreement (formerly the North American Free Trade Agreement). And, as López Obrador’s recent actions demonstrate, Mexico is also an essential ally in the investigation and prosecution of cross-border traffic in banned drugs – the so-called “war on drugs”.

López Obrador was elected president in 2018 as a leftist who opposed Donald Trump and wanted to diminish the role of the army in public security.

The new Mexican law on foreign agents follows the exoneration of former defence secretary General Salvador Cienfuegos Zepeda, who was arrested in the US in October on charges of drug trafficking and money laundering, the result of an investigation by the DEA. Many in Mexico hoped the arrest might bring the general to justice for protecting violent criminal groups during his time as army chief (2012–18), but AMLO was furious that his government had not been informed of the US investigation. The Mexican president allegedly threatened that the DEA would be entirely banned from working in Mexico if the US did not drop the charges and have Cienfuegos returned home. The US acquiesced, with the AMLO administration later announcing that Cienfuegos would also face no charges in Mexico.

López Obrador continued to go hard on US authorities. As well as claiming that the DEA fabricated the evidence leading to Cienfuegos’ arrest, he also had his attorney general’s department release the evidence – a 750-page document consisting mostly of intercepted messages in which the US alleges Cienfuegos agreed to take bribes from a major drug cartel in return for protection – it was provided by the US Department of Justice. For this, the DoJ has accused Mexico of violating the international treaty of mutual assistance on cross-border criminal investigations.

Notably, López Obrador was elected president in 2018 as a leftist who opposed Donald Trump and wanted to diminish the role of the army in public security. In 2021, the veteran politician has overseen a heavily increased militarisation of Mexico, counts Trump as a friend and appears to be taking great pains to protect one of his nation’s most powerful military men.

Perhaps partly as a decoy for his many about-faces, AMLO is currently, in the words of political analyst Carlos Bravo Regidor, “trying to activate a certain anti-American streak” that exists within Mexico, so that if the new Biden administration attempts to exert influence over Mexico, the Mexican president can say, “See? They’re trying to intervene in our internal affairs. And we’re not going to allow it,” Bravo told the New York Times.

Along with fighting cross-border drug crime, the US needs Mexico’s help to carry out its immigration policies in the region. Under Obama and Trump, this has particularly involved the deterrence of people from the Central American nations of Guatemala, El Salvador, Honduras and Nicaragua forming “migrant caravans” that cross from Guatemala into Mexico en route to the US border, to seek asylum or to cross undetected into US territory. On this point, AMLO showed Trump he could be relied upon, in 2019 sending National Guard troops to the border with Guatemala, where soldiers detained, tear-gassed and beat migrants back with batons – an example that has since been followed by the Guatemalan government against migrants from Honduras.

With a new US administration, caravans of migrants have begun again to form in Central America, in the hope of more favourable conditions for crossing the Mexico-US border. President Biden has promised to remove some of the cruelest aspects of recent US border policy, including separating migrant children from their parents at the border and preventing victims of gang and domestic violence from receiving asylum. AMLO has said he looks forward to a positive bilateral working relationship on migration, but the new US administration will want to be wary.

As his actions on the Cienfuegos arrest and the Biden-Harris transition show, the Mexican president is more than willing to bullishly assert Mexican sovereignty against US expectations of cooperation, and he finds powerful allies in the most unexpected places.

Jakarta is seeking to boost its regional leadership taking up the issue of women’s roles in peacebuilding.
Geoff Kitney 22 May 2020 09:00

A quest to find the “magic bullet” is drawing dangerous political lines. Without cooperation, nobody wins.
Hugh Piper 5 May 2022 13:30