In Sri Lanka’s election, bumps ahead 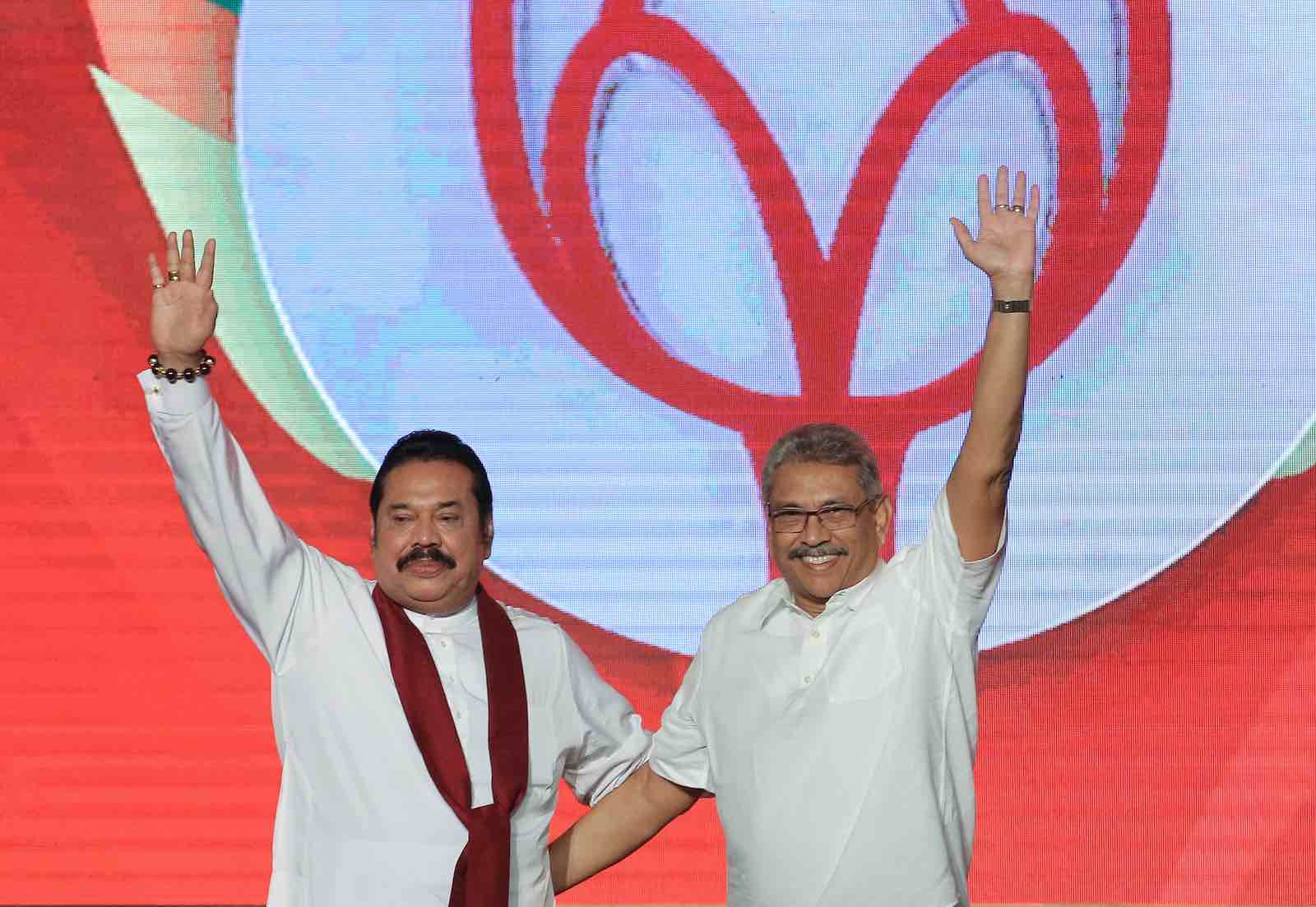 The race for Sri Lanka’s presidential election is heating up, with the vote slated for 16 November. On 11 August, Gotabaya Rajapaksa, brother of former president Mahinda Rajapaksa, became the candidate of the Sri Lanka People’s Front (SLPP). The SLPP is a Rajapaksa-backed political party that dominated local government elections in February 2018.

Rajapaksa served as Secretary to the Ministry of Defence when Mahinda was president – from 2005 to 2015. An authoritarian and an alleged war criminal (as is his brother), Gotabaya would be poised to take the island nation in a very undemocratic direction.

President Maithripala Sirisena leads the Sri Lanka People’s Front (SLFP). If an SLFP candidate, including Sirisena, were to contest, they’d have no chance of winning the presidency.

The UNP’s drawn-out and public struggle over its presidential candidacy was embarrassing. Additional turmoil within the party will only increase the Rajapaksa camp’s chances of prevailing in November.

A battle raged within the UNP over who their presidential candidate would be. Prime Minister Ranil Wickremesinghe, who has led the party since 1994, hoped to contest.

But Sajith Premadasa has recently been declared the candidate. He’s a UNP deputy leader, Member of Parliament, and part of the Cabinet. His father, Ranasinghe Premadasa, served as president of Sri Lanka from January 1989 until May 1993, when he was assassinated by a suicide bomber from the Tamil Tigers.

Wickremesinghe is cosmopolitan and has far more experience than Premadasa. But Wickremesinghe represents the past. He didn’t even run for president in 2010 or 2015, because he believed that he would lose. Since he became UNP leader 25 years ago, his party has spent much of that time losing elections.

The UNP’s drawn-out and public struggle over its presidential candidacy was embarrassing. Additional turmoil within the party will only increase the Rajapaksa camp’s chances of prevailing in November.

There’s no question that Gotabaya Rajapaksa is the favorite to win Sri Lanka’s presidential election, but it’s not a done deal. Given that he can expect little support from Tamils and Muslims, he would likely need to carry a significant proportion of the Sinhalese vote.

There’s also the possibility, although admittedly an unlikely one, that some corruption scandal, old or new, really damages him. More generally, a consistent and forceful critique of Rajapaksa’s authoritarian and corrupt ways could resonate with a portion of the electorate. Most immediately, he’ll need to address ongoing concerns about his citizenship.

Few people thought Mahinda Rajapaksa could be beaten in January 2015, but he was. In theory, a broad and diverse alliance has the potential to defeat the Rajapaksas again. Such an alliance, however, which the UNP will undoubtedly lead, would need to run a very smart campaign. They’ll also need more than a little luck.

Sirisena and Wickremesinghe have presided over years of incompetence and chaos. And the UNP has been in power for all of it. Sri Lankan voters are looking for stronger and more organized leadership. In that regard, the Easter bombings have given Gotabaya a big additional boost, because now a notable part of the electoral contest will be fought on national security and terrorism terrain. He’s suited to thrive in that sort of environment.

Many other individuals are likely to run, although the presidential contest is essentially a two-person affair. Alliance-building will be part of the process. The coming weeks are bound to be both messy and interesting. For now, it’s Rajapaksa’s race to lose.