A step-up for China’s involvement in the Middle East

Beijing will not soon supplant Washington as a dominant security partner ­– but the Arab world sees a chance for leverage. 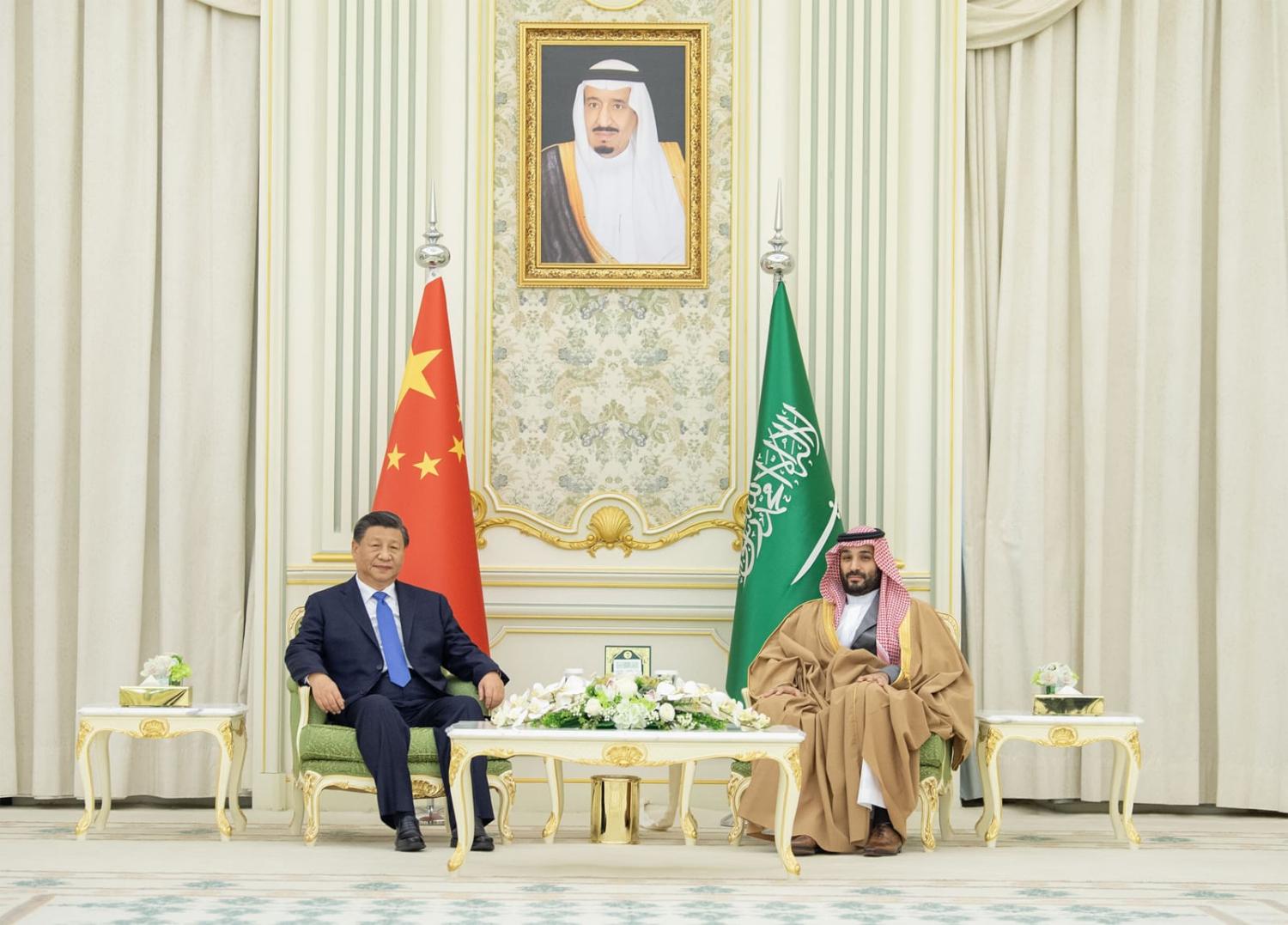 As China has increased its global reach and ambitions elsewhere over the past two decades, the Middle East has remained a backwater for China’s diplomacy.

China has kept a deliberately low profile, leaving the stage to other great powers, and seeking to avoid entanglement in the complicated politics and instability of the region. The Middle East has been one of the few regions where Deng Xiaoping’s maxim to “hide your strength, bide your time” has still guided China’s diplomacy.

That changed last week, with a three-day visit of China’s President Xi Jinping to Saudi Arabia, and a series of high-level summits involving China, the Arab League and the Gulf Cooperation Council.

Xi, in an opinion piece published by Saudi media, declared his visit would “usher in a new era in China’s relations with the Arab world, with Arab states of the Gulf and with Saudi Arabia”. The Saudi crown prince, Mohammed bin Salman, pronounced that the visit had “launched a new historical era” in relations with China.

Xi’s warm and fulsome reception from the Arab world was in stark contrast to that given to US President Biden when he visited in August. Having described Saudi Arabia as a “pariah” during his election campaign, the reception given to Biden was cool. Biden visited Jeddah only, not the capital Riyadh. He was greeted by a junior official on arrival.

Unlike the United States and Europe, China brings no human rights concerns to the table.

A mere few weeks after Biden’s visit, undertaken with the main purpose of encouraging the Saudis to increase oil production and so lower energy prices, the Saudis did the opposite. Working through OPEC+, they instead announced cuts to oil production.

With Xi’s visit and the first ever leaders’ level China-Arab League summit, we are seeing a new phase of China’s engagement in the region, one that better matches China’s significant interests. China depends heavily on the Middle East for energy. China is the largest customer for Saudi crude oil and the largest purchaser of Middle East oil globally. Middle Eastern producers account for half of China’s total oil imports.

China supplanted the European Union as the Gulf’s largest trading partner in 2020, and a free trade agreement between China and the six Gulf countries (through the Gulf Cooperation Council) is close to finalisation.

China is also a major foreign investor in the region, with investment in ports and other infrastructure helping to secure Beijing’s trade routes to Africa and Europe. 21 Arab countries are now part of China’s Belt and Road Initiative (BRI). The United Arab Emirates and Saudi Arabia rank second and third respectively as the top destinations by volume for Chinese construction projects under the BRI. China is involved in Syria’s reconstruction and is investing in energy and infrastructure projects in Iraq. It is helping build Cairo’s new administrative capital and constructing the new metro in Mecca.

China has also discovered the Middle East is an important source of diplomatic support.

As US dependence on Middle East energy has lessened, and as US focus has shifted to strategic competition with China in the Indo-Pacific, the region has felt neglected.

When the UN Human Rights Council published a report critical of China’s human rights record in Xinjiang, including possible crimes against humanity against Uighurs and other Muslim minorities, China secured Arab support to prevent the report’s consideration. The UAE, Qatar and Sudan, the three Arab members of the Human Rights Council, sided with China – and against their natural sympathy for their co-religionists in Xinjiang – to block further discussion.

For the Arab world, the logic of closer relations with China is equally compelling.

As US dependence on Middle East energy has lessened, and as US focus has shifted to strategic competition with China in the Indo-Pacific, the region has felt neglected. It is looking for partners elsewhere.

China is the obvious candidate. It is a growing export market and source of investment and expertise. Unlike the United States and Europe, China brings no human rights concerns to the table. It is entirely indifferent to how the autocratic regimes and monarchies in the Middle East treat their citizens.

Especially for the Gulf states, which lack the military capabilities to defend their own countries, China is a potentially useful strategic partner which provides a hedge against US withdrawal and disengagement from the region, and an alternative arms supplier not bothered by human rights considerations.

China is not going to supplant the United States as the Gulf’s dominant security partner any time soon, but a closer relationship with China provides some optionality and some leverage.

Saudi Arabia’s Foreign Minister Prince Faisal bin Farhan al-Saud said after the summit Saudi Arabia would seek to pursue good relationships with both the United States and China: “We don’t see it as a zero-sum game by any means.”

Until now, China has refrained from intervening in regional conflicts and has adopted a low-key role on the major security issues facing the Middle East, from the civil war in Syria to Iran’s nuclear ambitions and Arab-Israeli peace. This approach is unlikely to change, with China remaining content to follow Russia’s lead on these issues.

But China’s growing interest in the region gives the Arab world a renewed opportunity, not enjoyed since the Cold War, to play suitors off against one another. They are seizing it with both hands.

Previous Article
Why the cryptocurrency ecosystem is a house of cards
Next Article
Economic diplomacy: From pollie crises to polycrisis

The symbolic politics of the Dokdo/Takeshima dispute

The Indian Navy’s ambition to be a “net security provider” is going nowhere as long as it lacks the proper resources.
Hugh Piper 7 Mar 2022 06:00

In the recently proposed model, a mandate from the head of state would override the prime minister. That’s a problem.