While there is fresh impetus to resolve the US–North Korean conflict, a treaty remains as bewildering as ever. 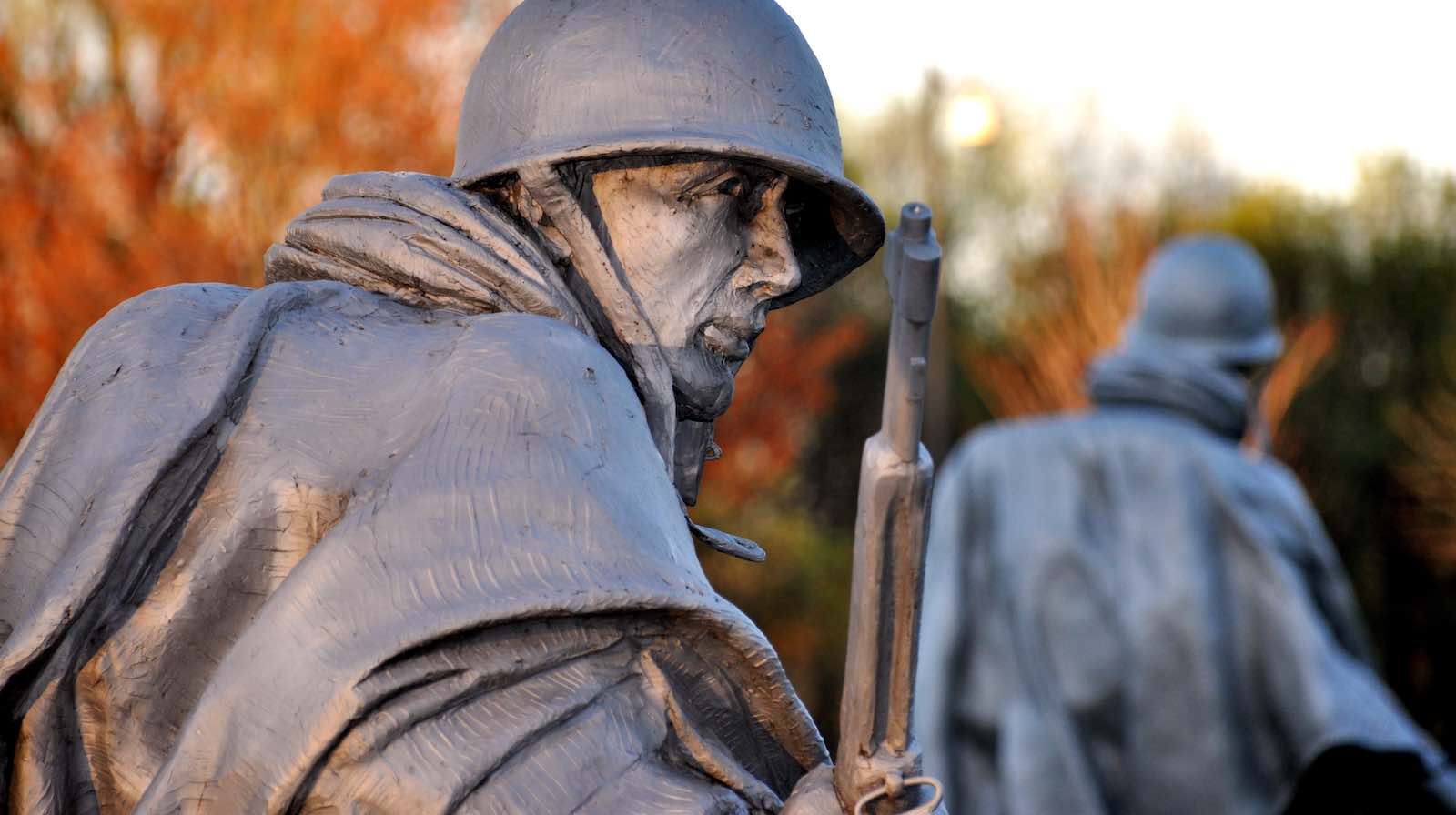 The border separating North and South Korea remains one of the most heavily armed in the world. Surrounded by thickets of barbed wire, Korea’s misleadingly named Demilitarised Zone (DMZ) stretches about 250 kilometres across the peninsula. It is monitored ceaselessly, a stark reminder of the tensions between the two countries and of a war without end.

The dismal history of US–North Korean relations is likely to weigh down any additional diplomatic efforts.

US President Donald Trump and North Korean Chairman Kim Jong-un are looking to change all that. Meeting in Singapore back in June, the two men made a series of ambitious promises, including the complete denuclearisation of the Korean Peninsula.

Critically, they also vowed to end the Korean War.

Erupting in the summer of 1950, the war pitted North Korea and its Chinese ally against South Korea and a United Nations coalition headed by the US. The conflict devastated the lives of countless civilians and soldiers and dragged on for nearly three years before terminating in a ceasefire agreement. The belligerents have yet to conclude a final peace treaty.

Trump and Kim have revived hopes for just such a resolution. What is more, both sides initially seemed committed to peace. After the summit, North Korea appeared to dismantle some of its nuclear test facilities, and key players such as China expressed their willingness to participate in negotiations. Confidence was so high that North Korean officials even suggested that they might be able to conclude a treaty before the 65th anniversary of the Korean armistice on 27 July.

But that anniversary has come and gone and further negotiations are likely to take months, if not years, to conclude. Politics on the peninsula remain thorny and complicated. The dismal history of US–North Korean relations is also likely to weigh down any additional diplomatic efforts.

Like Trump and Kim, the signatories of the 1953 Armistice Agreement fully intended to conclude a peace treaty. Indeed, Article 4 of the armistice stipulated that such negotiations should take place within three months of the ceasefire, but talks held in Geneva quickly broke down. And over the decades, subsequent discussions have proved equally unsuccessful.

For example, South Korea and the US hosted failed talks with North Korea and China on six different occasions between 1997 and 1999 alone. It is also important to note that both sides have continually violated the terms of the original armistice by developing and introducing new weapons and military personnel to the peninsula.

While there is fresh impetus to resolve these issues, the process of concluding a treaty remains as bewildering as ever. Both parties are eager for peace but have very different ideas about how to achieve it.

For instance, American officials see complete denuclearisation as a precondition for a peace agreement. Meanwhile, the North Koreans are unlikely to give up their nuclear program without the assurance of a treaty and the normalisation of relations with the US and South Korea.

Evidence also suggests that they are far from abandoning that program. The authors of a recent UN Security Council report claim that North Korea continues to develop its nuclear capacity, and satellite images from the US National Geospatial Intelligence Agency highlight ongoing activity consistent with missile construction.

The successful conclusion of a peace treaty will also rely on South Korean cooperation. President Moon Jae-in has met with his North Korean counterpart on two occasions and agreed to further talks in Pyongyang next month. However, this is no guarantee for the future. The Republic of Korea did not sign the 1953 armistice, and South Korean officials are well aware that any treaty would fundamentally alter the nature of the US–South Korean defence alliance.

For more than 60 years, the presence of the American military has helped guarantee South Korea’s survival as a nation and deter attacks from its neighbour to the north. Negotiations for peace will bring up vital questions about that relationship.

Trump has already suspended military exercises with South Korea, and he could decide to withdraw some if not all 24,368 US troops from the peninsula in the event of peace. This would leave South Korea vulnerable. It could also pose further questions about America’s role as a stabilising force in the region and its presence in other Asian nations such as Japan, where there are currently more than 50,000 US service personnel stationed.

Peace on the peninsula will demand imagination and a willingness to make short-term concessions for long-term gain. Crucially, it will also demand a patient persistence. This will not be easy with a country as complicated and isolated as North Korea.

Nor will the North Koreans readily cooperate with US government officials, who have called for regime change on more than one occasion. But determination remains fundamental to the peace process and is the key to finally laying the ghosts of the past to rest.