Every action prompts a reaction, as a success for Assad forces an angry response from Recep Tayyip Erdoğan in Turkey. 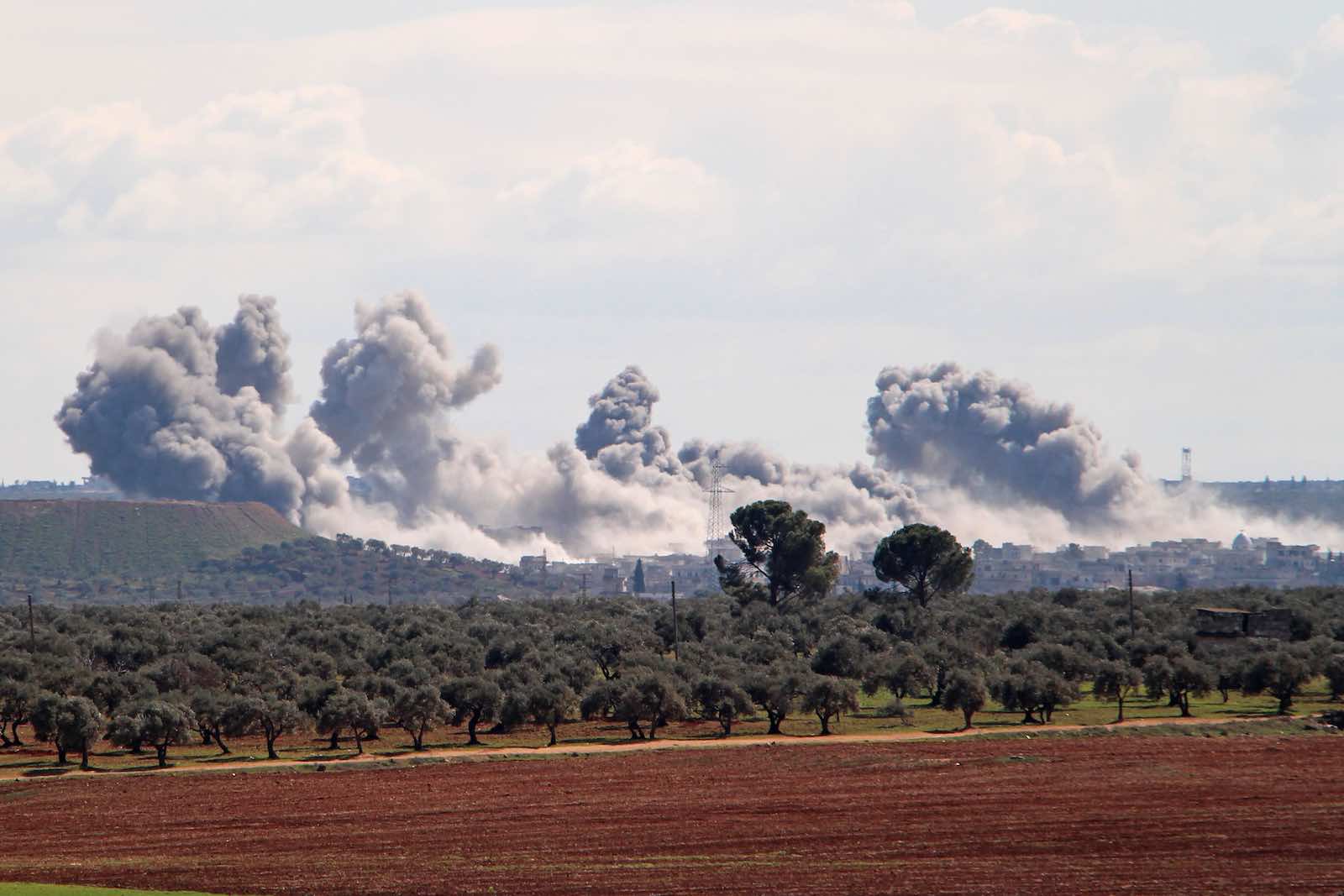 The Syrian conflict has once again shown just how complicated it can be, along with the ramifications if one side seeks too much change to the status quo.

Syrian government forces, with Russian assistance, have been waging a months-long campaign to capture key parts of rebel-controlled Idlib province, generating yet another humanitarian crisis along the way.

They had achieved a significant measure of military success, taking control of the M5 highway linking Damascus and Aleppo for the first time since the start of the war. The regime of Bashar al-Assad has become increasingly bullish about its ability to press a military advantage.

At the moment, it suits both NATO and Russia to allow a Turkish President keen on avenging the loss of dozens of his soldiers to weaken the Syrian military through air strikes.

But in the crowded battlespace of Idlib it is impossible to target one group of opponents without impacting on another. One of those groups is forces from Turkey. And as Turkish casualties mounted as a result of the Russian-backed Syrian offensive, so too did Ankara’s retaliation, including downing two Syrian military helicopters with surface to air missiles.

Things escalated on 27 February, when more than 30 Turkish military personnel were killed in an airstrike blamed on the Syrian air force. Russia, however, claimed that it was unaware of the Turkish soldiers in the area, and that they were co-located with an Islamist group that had been targeted. Turkey denied the Russian claim, and Ankara has since launched a punitive operation against Syrian regime targets, with liberal use of unmanned aerial vehicles, as well as artillery and rocket fire, to destroy regime targets and to assist its proxy forces on the ground.

What is notable in this conflict to date has been the muted degree of support for Turkey from its fellow NATO allies. The military alliance has collectively and individually expressed solidarity with Ankara, and called for an end to hostilities, but little else. That Turkey is less than impressed with the lack of support from the West is evident from Ankara’s not-so-veiled threats to encourage refugee flows into Europe, backed up by the appearance of thousands of refugees at the Greek border.

Such threats have worked in the past. Yet it does little to encourage NATO partners to do more than the minimum to assist Ankara in such a crisis. Turkey’s purchase of the Russian S-400 air defence system was also noted by Ankara’s NATO partners as not being in the alliance’s best interest. For its part, Turkey remains upset at the partnership that the US and some allies have formed with Syrian Kurdish groups.

Western capitals won’t be upset that Assad is receiving a bloody nose at the hands of the Turks. Russia, meanwhile, will also tolerate the Syrian military incurring losses, which also make Damascus even more reliant on Moscow’s military and diplomatic intervention.

But there is one element that the West and Moscow agree on regarding Turkish activity in Syria – the armed Islamist ground forces that Ankara is supporting directly or indirectly do not represent the type of groups that the West or Russia want to see have a role in Syria’s future.

The terrorist Abu Muhammad al-Jolani and leader of the Salafist-Jihadist group Hayat Tahrir ash-Sham (HTS) has a deliberately ambiguous relationship with al-Qaeda and has benefited from Turkey’s presence in Idlib. In light of the recent fighting, he has been keen to stress the common religious bond between HTS and the Turkish people. It is a tactic being copied by other jihadist ideologues within Idlib. At the same time, the public face of al-Qaeda in Syria, Hurras al-Din, is also active in Idlib.

At the moment, it suits both NATO and Russia to allow a Turkish President keen on avenging the loss of dozens of his soldiers to weaken the Syrian military through air strikes. But it suits neither Russia nor the West’s strategic purpose for Recep Tayyip Erdoğan to weaken the the Syrian military too much, lest the jihadist forces in Idlib regain ground or form a belief that Ankara has won them greater freedom to manoeuvre on the battlefield.

And as always in Syria, while the West, Russia, and Turkey all pursue different and opposing outcomes – whether directly or through their proxies and partners – it is still the general population who suffer the most.