Australia should speak out on India’s democratic crisis

The drive for good relations with New Delhi cannot be allowed to blind Canberra to the importance of protecting rights. 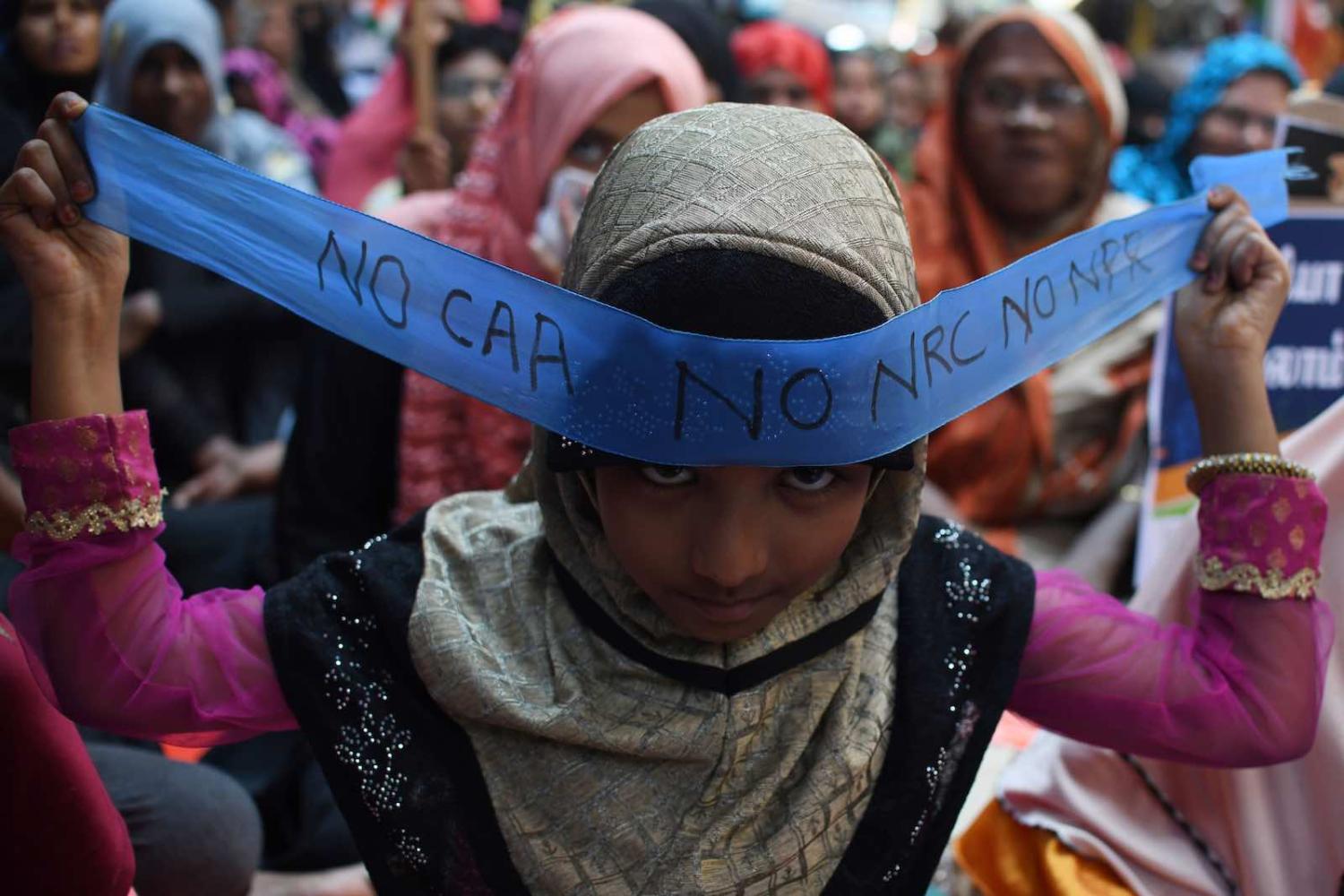 Parts of India’s national capital have been rocked by the worst communal violence in decades, leaving more than 40 dead.

The violence took place just as Australia’s Trade Minister Simon Birmingham led a large trade delegation to the country, with talk in the lead-up to the visit about the prospects for a democratic values-based partnership and the promise this holds for a common “aspirational middle class” as well as trade relations between Australia and India. Yet there has been no condemnation from Australia of the communal violence in India that was sparked after a hate-speech from a ruling party leader.

This is not a one-off instance of Australia’s selective focus on India’s state of affairs. Over the last few months, as democracy has come under attack in India and violence has escalated, the silence of Australian officials has been conspicuous.

Since December, India has erupted in protests against measures by the Narendra Modi government that set the grounds for systematically disenfranchising India’s Muslims, the largest minority community. The first was the passing of the Citizenship Amendment Act (CAA), which violates the spirit of India’s Constitution by discriminating on the basis of religion as to who can seek asylum and eventual citizenship in India.

In a fashion similar to Australia’s selective concern over India’s democracy, the economic drive has swept aside growing worry about environmental costs.

The second is a promised countrywide National Register of Citizens (NRC), an exercise that will require Indians to prove their citizenship by providing documentary evidence. A forerunner of this process was conducted in the eastern state of Assam, with disastrous humanitarian consequences. Human rights groups have called this proposed exercise anti-poor, and Indian Muslims fear that the majoritarian right-wing Hindu government will use this mechanism to rob them of their citizenship and constitutional rights.

Violent repression of student protests against the NRC and CAA has stirred millions of Indians to turn out for peaceful protests around the country, a spirit of collective resistance not witnessed since India’s freedom struggle in the 1940s. One of the most powerful transformations of India’s public spaces through anti-CAA/anti-NRC protests has been the emergence of masses of Muslim women, a first in Indian history. At one of the longest running protest camps in east-Delhi’s Shaheen Bagh area, Muslim women have occupied public areas for weeks now, braving the bitter cold of north Indian winters. Shaheen Bagh has inspired other women-led permanent protests around India.

While Australia’s Foreign Minister Marise Payne made a point to condemn the killing of two Hong Kong protestors in November, the death of more than 40 peaceful anti-CAA/NRC protestors in India has not drawn an official response. Birmingham, speaking from Mumbai as the violence was unfolding, said in an interview, “In terms of some of the domestic political issues at play in India, I mean, they are matters obviously for India.”

Australia considers India a geopolitical and economic partner in a rapidly changing Indo-Pacific region. In fact, Australia’s advocacy of the concept of the Indo-Pacific was in large part driven by the desire to cultivate a stronger relationship with India, which is seen as the only country in the region big enough to potentially counter China’s political and economic heft. While the economic relationship has been slow to take off, naval military cooperation has expanded significantly.

The ambition has also been evident in the India-Australia resource relationship – yet in a fashion similar to the selective concern over democracy, the economic drive has swept aside growing worry about environmental costs. The oft-repeated line that Australia will continue to be a “reliable energy partner for India as it continues its rapid development trajectory and brings its people out of poverty” has served as an ideological veneer for the Coalition government to justify support of the coal industry since Tony Abbot’s prime ministership, with the Carmichael coalmine in Queensland seen as a crucial link to Indo-Australian relations. Labor, likewise, has sought to nurture relations with India in the face of wider concerns, with the Gillard government overturning a ban on uranium exports and signing a nuclear agreement in what was billed as a chance to usher in a new regional cooperation.

With China restricting and delaying Australian coal shipments, the relationship with India might seem crucial to the coal business. But India’s growing right-wing intolerance towards social and religious harmony should have at least elicited more of a response from Australia than that so far given. India’s democracy is at the brink and set against this backdrop, Australia’s silence can be interpreted as complicity more than the good intentions of a friend.

As the immediate pandemic crisis begins to recede, both countries should refocus the relationship on climate change.
James Laurenceson 21 Sep 2017 16:25

Chinese students in Australia: Do we protest too much?