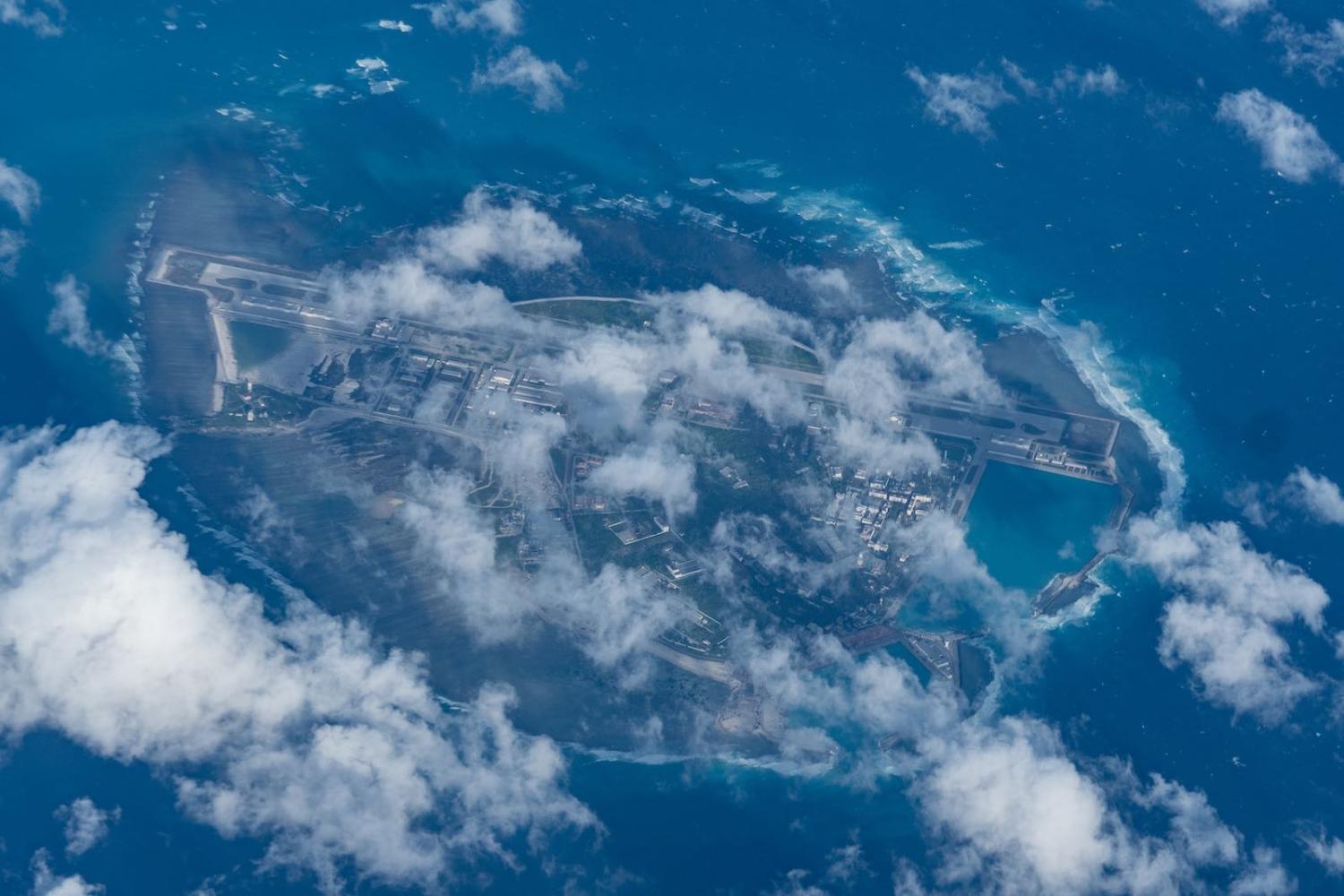 China’s strategy in responding to concerns about its intentions in the South China Sea is to claim that none of the activities, statements or behaviours that concern other countries are actually happening.

China claims it has not militarised the South China Sea, but that the United States “is the real pusher of militarisation” in these waters. Its leaders often argue that China is a peace-loving country only interested in defending itself. As the China’s General Wei Fenghe stated at the Shangri-La Dialogue in 2018, “China has never provoked a war or conflict, nor has it ever invaded another country or taken an inch of land from others. In the future, no matter how strong it becomes, China shall never threaten anyone.”

China has similarly brushed off concerns of other claimants, such as Vietnam, about its intensifying military exercises in the South China Sea and largely ignored Australia’s assertion at the United Nations that China’s claims have no legal backing.

So apparently it is all one big misunderstanding.

On 24 November, former Chinese ambassador Fu Ying criticised the United States in a New York Times op-ed for raising multiple issues that in her mind do not exist. Thus, the way to resolve the growing bilateral tensions is for the two countries “to have candid talks to better understand each other’s intentions and cultivate trust”.

So, in the Chinese communist spirit of 实事求是, or “seeking truth from facts”, I have charted the military capabilities China has deployed to the South China Sea, which are displayed with references on the map below. The Paracel Islands and the Spratly Islands are under dispute; Hainan Island is a recognised part of China, but I include it because the military capabilities in situ have implications for Chinese military options in the South China Sea writ large.

The important takeaway from this map is that China has deployed to the South China Sea exactly the types of systems the People’s Liberation Army would need to exert control over the South China Sea. Control requires comprehensive awareness of the environment and the capabilities to compel and coerce states to follow the PLA’s rules. To achieve this, China first needs systems that monitor activity on and under the sea and in the air in the disputed areas, such as forward-deployed surveillance aircraft.

Once China establishes an awareness of others’ activities in the South China Sea, it will need certain capabilities to enforce its sovereignty claims. This includes multirole fighters that can be used to intercept and escort other countries’ aircraft; these fighters can be deployed to the South China Sea islands or operate off an aircraft carrier in the area.

These are precisely the types of capabilities that China periodically deploys to the islands. One capability the PLA would need for controlling the South China Sea that we have not seen is command and control (C2) aircraft. The Southern Theatre Command is far away from the Spratly Islands in particular, and greater connectivity in the form of C2 is a step we should expect to see as the transition to the theatre commands is completed.

If China truly had no intention to control the South China Sea and push the United States out, they would remove these systems and weapons.

I have made this argument to my Chinese colleagues, and unsurprisingly they have a good answer. As I testified in the US Congress for the House Foreign Affairs Committee in June, China argues its intentions are purely defensive. Indeed, many of the assets deployed to China's artificial islands – such as advanced sensors and air defence systems – are defensive in orientation. In 2018, when China added anti-ship cruise missiles and surface-to-air missile systems to Fiery Cross Reef, Subi Reef and Mischief Reef near the Spratlys, the Chinese Foreign Ministry spokesperson had this to say: “Those who do not intend to be aggressive have no need to be worried or scared.”

These “defensive” motivations are still highly problematic for three reasons.

First, the South China Sea is not China’s to defend. Second, China’s claim that it is not expanding to gain this territory but fighting not to lose it is dangerous, because it encourages risk-acceptant behaviour. Third, China wants foreign powers out of the first island chain to create a defensive buffer. If China is successful, the United States will have difficulty conducting anti-surface, anti-submarine and anti-air operations against China during a conflict.

China wants to undermine US deterrence against it to use force against Taiwan, for example, at a lower cost with a higher probability of success. In other words, China wants to minimise the ability of other countries, especially the United States, to counter Chinese aggression in the region.

A Black female protagonist elevates the genre to show how intelligence professionals live with their choices.
Matthew Sussex 8 Jun 2018 06:00

Australians have been passengers, if not active participants, in our own polarisation.
Peter McCawley 3 Jun 2022 05:00