Perhaps France’s Emmanuel Macron can convince Trump he will retain far more leverage over Iran within the existing nuclear deal. 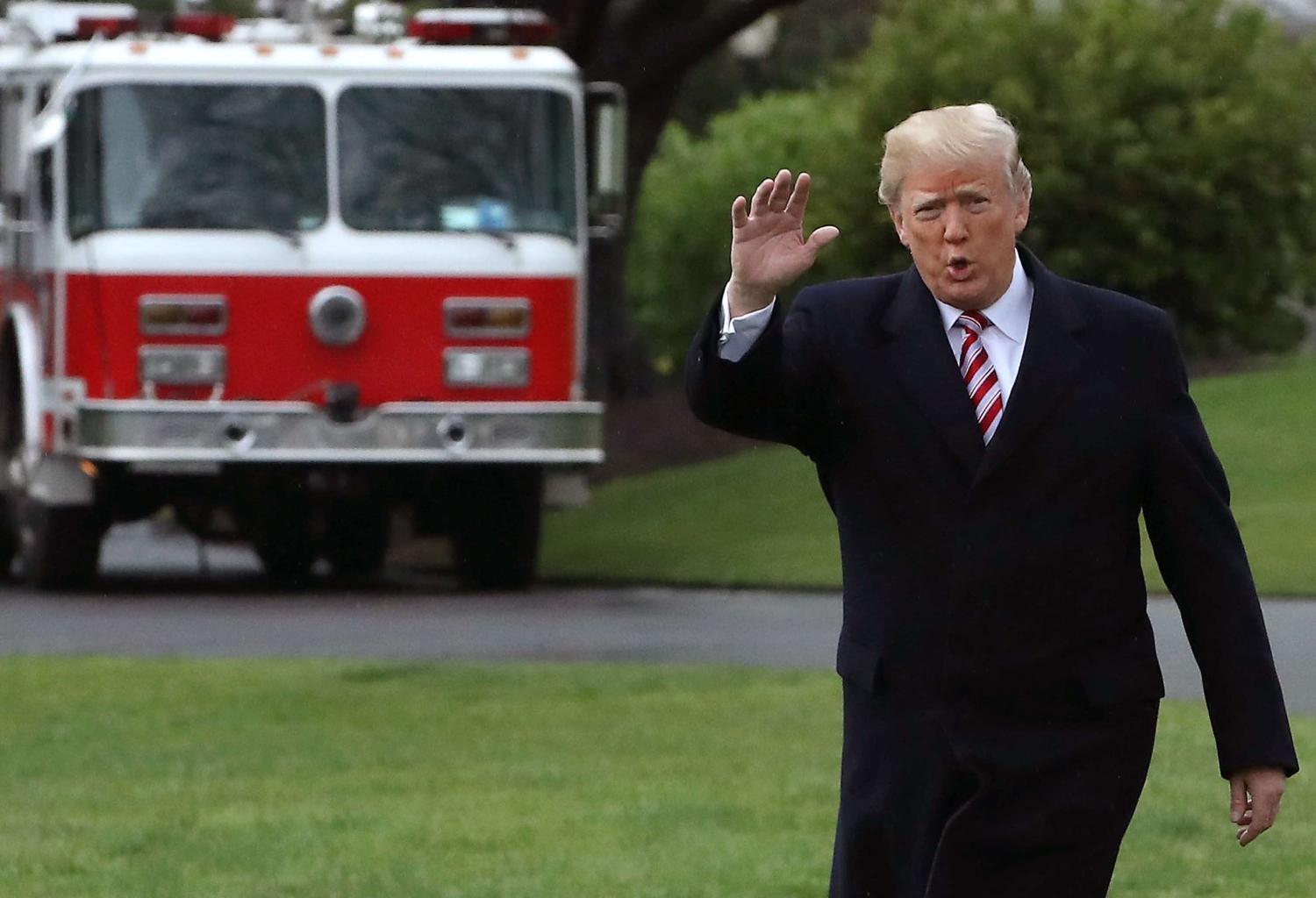 It’s not every day that a former director of the Federal Bureau of Investigation, America’s premier law-enforcement body, calls the sitting president of the US “morally unfit” to hold office. Yet that is what James Comey did on Sunday in a wide-ranging interview with ABC News.

The mounting criticism of Donald Trump’s presidency is, unfortunately, not surprising. So far, nothing about his tenure has been normal, and that extends beyond personal morality to his stewardship of the nation’s domestic and foreign policies.

In shaping those policies, Trump has relied on cable television pundits, decades-old prejudices, and a narcissistic desire to undo the major achievements of his predecessor. This has manifested in Trump’s repeated and still largely failed effort to repeal Barack Obama’s signature health care program; withdrawal from the Paris climate accords and Trans-Pacific Partnership; and determined efforts to undermine the Joint Comprehensive Plan of Action (JCPOA), the landmark Iran nuclear deal.

On 12 May, Trump must decide for the fifth time whether to comply with the JCPOA and waive nuclear-related sanctions against Iran. He did so in January, but warned that it would be “the last time” unless perceived flaws in the agreement were “fixed”.

Trump’s threat has led to a process of negotiations not with Iran but with the three major European powers – Britain, France, and Germany – that helped clinch the initial agreement in 2015 and have worked to find a diplomatic solution to curbing the Iranian nuclear program since 2003.

The talks with this “E-3” have focused on Iran’s ballistic missile program, which was not part of the deal; concerns about the robustness of inspections of military installations; and aspects of the JCPOA that will expire, such as the limitation on enriching uranium beyond a very low level, which becomes invalid in 2030.

While progress on the first two issues has been reported, the Europeans have resisted anything that could be construed as a renegotiation of the agreement, which is codified in a UN Security Council resolution. The European Union has so far balked at any new sanctions against Iran.

The negotiators are in many ways flying blind, since no one – perhaps not even the president himself – knows what Trump will accept. The future employment of the chief negotiator for the US State Department, Brian Hook, is also in doubt.

Since the talks began, Trump has once again shaken up his national security team. He has fired his second national security adviser, H. R. McMaster, and replaced him with John Bolton, a hawk who has denigrated the JCPOA and called repeatedly for the bombing of Iran’s nuclear installations.

A transition is also underway at the State Department from Rex Tillerson, who was ignominiously fired via a Trump tweet in March, to a new secretary, Mike Pompeo, who is yet to be confirmed. Tillerson supported the JCPOA; Pompeo, a right-wing former Congressman from Kansas who has been serving as Trump’s CIA director, has not.

At his confirmation hearing before the Senate Foreign Relations Committee on 12 April, Pompeo conceded that Iran has fully complied with its obligations under the JCPOA, but refused to say whether he would recommend that the US stays in the agreement if it cannot be “fixed” to the president’s satisfaction.

Pompeo suggested that if the US left, it could somehow keep negotiating with the Europeans about a “better deal”. He provided no rationale for that conclusion or any other elements of a post-JCPOA strategy.

If the US stops waiving sanctions, it will then have to decide whether to try to enforce penalties against European and other foreign companies that continue to do business with Iran.

One possibility is that the US will announce a “grace period” for more talks. Whatever Washington does, it is vital for European and other US allies to make clear they will fight any attempt to penalise their companies for legal interactions with Iran.

US allies should also take into account the climate of crisis in Washington. The multiple legal and other challenges mounting against Trump now go beyond the probe into whether his campaign conspired with Russia, and obstructed justice when Comey was fired last year, to the more tawdry question of whether paying hush money to an adult film star days before the 2016 election constituted an illegal campaign contribution.

The investigation into Trump’s personal lawyer, Michael Cohen, who made the payment and is suspected of completing many other questionable tasks on Trump’s behalf, may be an even bigger threat to the president’s tenure.

The mountain of scandal piling up around Trump has grown to such an extent that seasoned observers of US politics are suggesting we are now in what The New Yorker’s Adam Davidson has called the “end stage” of the Trump presidency.

Democrats are widely predicted to win control of at least the House of Representatives in midterm elections in November. That not only means the President would have even more difficulty passing legislation, but also raises the prospect of impeachment hearings.

In such an uncertain political environment, when the longevity and effectiveness of the Trump presidency is in doubt, it is even more necessary that US allies hold firm and also counsel Iran to stick within the JCPOA.

Before Trump decides on the fate of US participation in the JCPOA, French President Emmanuel Macron and German Chancellor Angela Merkel will visit Washington. Trump has had a good relationship with Macron, enhanced by France’s decision to take part, with the US and Britain, in strikes on Syrian chemical weapons facilities in retaliation for yet another heinous gassing of Syrians by the Assad regime.

Perhaps Macron can convince Trump that he will retain far more leverage over Iran, which is experiencing a deepening economic and political crisis, if the US stays within the JCPOA.

If Trump nevertheless decides to quit the deal, it will be more crucial than ever to do what this author wrote on the dreary day Trump was inaugurated 15 months ago:

Other champions of Western democracy – in and outside the US – may need to shoulder more of the burden for retaining a rules-based international order than they have ever had to in the past.

Previous Article
Employment as protection: complementary pathways for refugees
Next Article
A new take on violence in Indonesian Papua

Battening hatches and waiting for the Trump storm to pass is hardly a pragmatic solution to concerns of a world in flux.
Erin Harris 10 Oct 2017 15:42