Through the Taliban’s eyes: peace prospects in Afghanistan

Insights gleaned from Taliban documents suggest little chance of an escape from strife.

The peace talks went on uninterrupted, a marathon session for six intense days, yet barely a moment in a war that has lasted so much longer.

Still, Zalmay Khalilzad, US Special Representative for Afghanistan Reconciliation, emerged from the negotiations with the Taliban in Qatar last month with a message of hope, choosing to broadcast his message via a social media platform that didn’t even exist when the conflict in Afghanistan began.

1/3 After six days in Doha, I'm headed to #Afghanistan for consultations. Meetings here were more productive than they have been in the past. We made significant progress on vital issues.

Having assumed his assignment to end the longest war in American history, Khalilzad was upbeat. He went so far as to signal during a recent interview with a local television station in Kabul that “it is possible” to reach a peace deal with the Taliban before this year’s presidential elections in Afghanistan ­– now delayed until July. 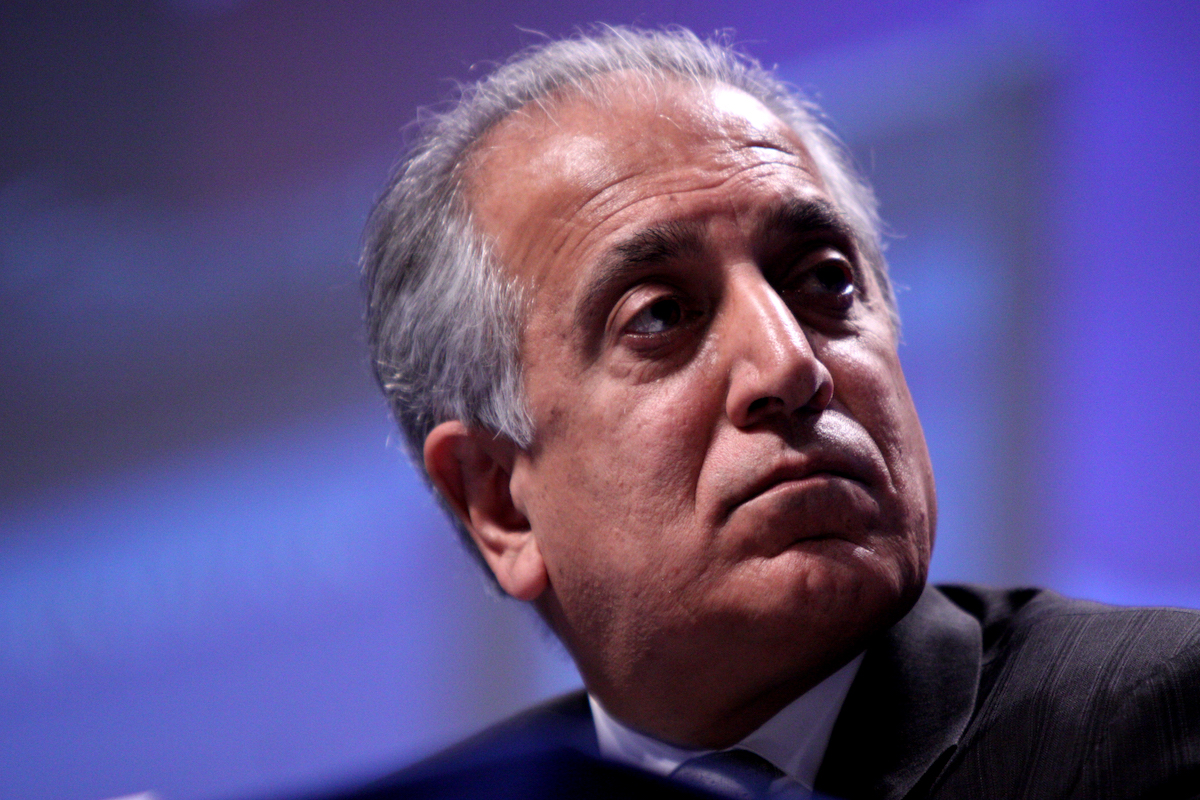 Such optimism. But this hope for a political solution suggests US officials lack a concrete understanding of the view about negotiations from the men that sit on the other side of the table. It’s not that the Taliban is shy about expressing its view. A trove of information in the Pashto language is published online: edicts, orders, fatwas, and manifestos; all waiting to be examined.

Delving into and translating many of the documents in my postgraduate research, the attitudes revealed are compelling, and deeply worrying for the prospects of lasting peace.

The Taliban’s logic for peace negotiations

As with the justification for its “jihad” in Afghanistan based on “sharia”, the Taliban also turned to “sharia” to guide its “negotiations” with the Americans. The group has published a series of fatwa-like commentaries under the title “Afghanistan’s contemporary jihad based on sharia” on its Pashto website. In April last year, the group declared:

In response to the US occupation, defensive jihad is mandatory based on sharia, and if the enemy is keen for peace, then peace must be also based on sharia.

Peace according to “sharia” is further explained in subsequent documents. In June, the Taliban reaffirmed that the goal of its current “jihad” is the “end of occupation” and the introduction of the “rule of sharia in Afghanistan”. According to the group, the goals of any kind of potential peace should be precisely the “same as the goals of ongoing jihad” itself.

In its religious manifesto titled “The goals of peace with the Americans should be based on sharia”, the Taliban maintains:

Based on sharia, peace is a moral jihad, if the mentioned goals of jihad [end of occupation and rule of sharia] can be achieved through peace, then there should be peace. And if the goals of muslims are not achieved in peace, then peace is prohibited, and jihad remains obligatory against occupiers.

What these files reveal is that the Taliban believes “Afghans” have two choices for the future in Afghanistan: “jihad” or “peace”. The goals of both options are the same: the “end of occupation” and “rule of sharia”. This Taliban logic for peace has been consistent, with the ideology viewed as a means to recruit fighters and, to some extent, to appeal for local support for its insurgency.

The goals of both options are the same: the “end of occupation” and “rule of sharia”.

But more than this, it creates an impression that the Taliban would not accede to the presence of even a small number of American troops in Afghanistan. To do so would mean it has abandoned its ideological appeal to free Afghanistan from “American occupation”, a means by which it can and has already developed a degree of popular legitimacy.

Rumours spread in December that the Taliban and Khalilzad agreed that the US would be permitted to have two military bases in Afghanistan. The group immediately denied this. To sustain its narrative, the Taliban insists it will continue to fight until the very last American soldier leaves the country.

So the US negotiators would be naïve to believe that a political solution with the group will allow the Americans to retain military bases in the country. Such an outcome would require the Taliban to shift dramatically in its narrative of struggle, compromising their credibility with both prospective recruits and segments of the population that are sympathetic. There is no public evidence of such an about-face.

Talk with Americans, but not Afghan officials

A common theme in the Taliban view on peace is that the Taliban and the US – not the Afghan Government – are the “main parties” in the country’s peace negotiations. The Taliban’s reason for this claim? Because the Americans started the war in Afghanistan in 2001 against the “Islamic Emirate of Afghanistan”, by its accord, only these two sides can end it.

Accordingly, the Taliban has consistently cited two key reasons to refuse to negotiate with the Afghan government directly. In an official commentary under the title of “Why negotiations are not possible with the Kabul administration!”, the group argues, firstly, that the Afghan government does not have authority over key issues that concern the Taliban, including the “withdrawal of troops”, “delisting of Taliban leaders from blacklist”, “recognition of political office”, and the “release of prisoners”.

Secondly, the group believes the elites in the “Kabul regime” have no interest in the withdrawal of American forces, “because their existence is dependent on foreign troops”. The Taliban also cites disagreements within the National Unity Government of Afghanistan and differences of opinions about peace between President Ashraf Ghani and Chief Executive Dr Abdullah Abdullah. For example, in June 2017, criticising the “Kabul Process”, the Taliban issued a daily commentary, “Is the Kabul process really for peace?” which stated:

While Ashraf Ghani described the agenda of the gathering as peace negotiations with the Taliban … speaking to the representatives of more than 25 countries, his Chief Executive and his Foreign Minister did not attend the meeting. 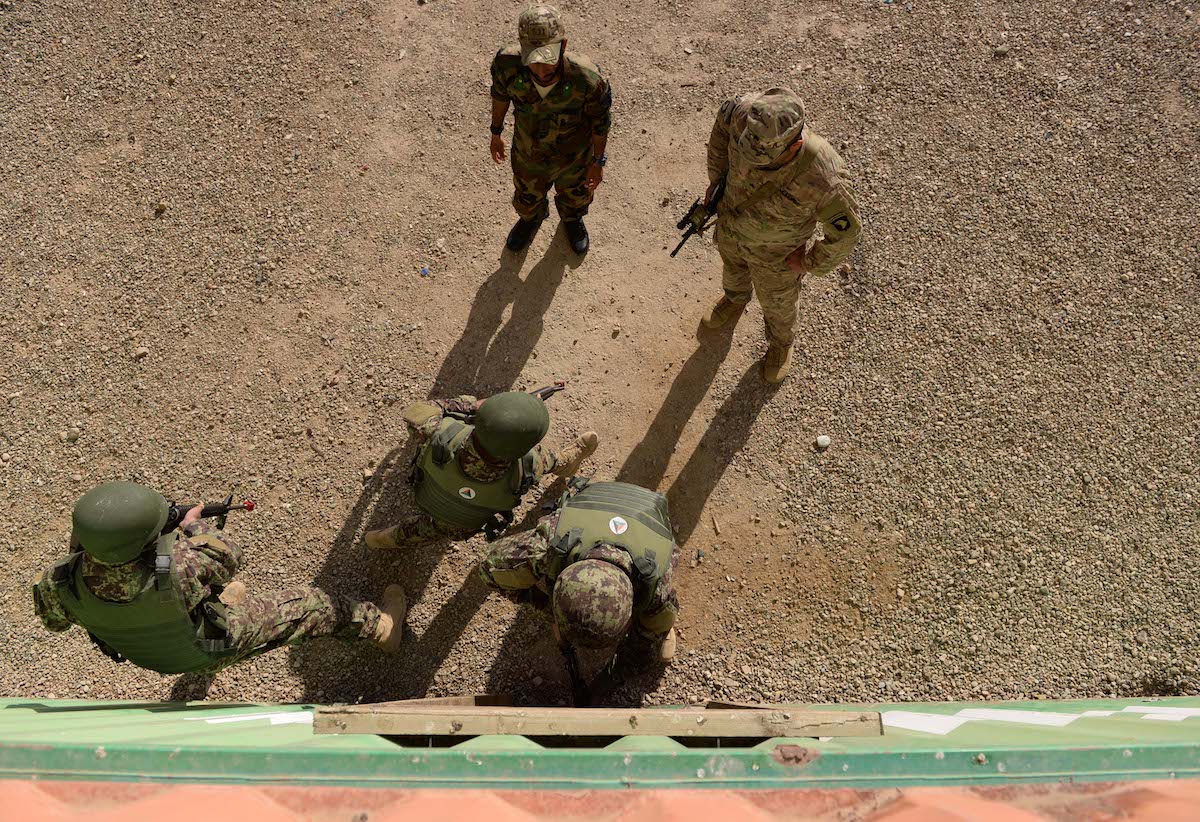 Officers from the US Army and Afgan National Army (Photo: Resolutesupport/ Flickr)

The Taliban wants to discredit the major achievements of the past 18 years, including the democratic state that the group does not recognise as legitimate. The Taliban doesn’t stop there. It also wants to be the boss in talks aimed to end the “occupation”, leaving the Afghan government sidelined. For the Taliban, if officials of the Afghan government are on the same negotiation table, it would mean that they are not leading the process.

The Taliban’s leaders and members believe that they are the authentic and legitimate representatives of the Afghan people. In the same series of commentaries on “jihad”, the Taliban issued another declaration under the subtitle of “Who should lead a national peace process with the Americans in Afghanistan?”. Referencing some Hanafi scholars, the Taliban write:

A national peace [process] with infidels is not the duty of any individual. This [peace process] is a social matter of Muslims, and Sharia has given this right to the Imam of the Muslims. Particularly while Afghanistan is functionally under occupation of Americans, in such situation, decisions of peace, war, and negotiations with infidels and occupiers is the responsibility and duty of the individual who practically holds the leadership of decision making in the struggle against the occupiers.

In other words, the Taliban leader, Mawlawi Hibatullah.

The Taliban in the new Afghanistan

The group explains its approach towards a political solution to the conflict in two stages and based on two factors – external and internal. As a Taliban representative put it in January 2016 at Pugwash conference in Qatar:

The matters, related to foreign troops will be discussed with the Americans in the first stage and the rest of the issues that relates to Afghan people, will be resolved with Afghans afterwards.

Whereas the external issue is the withdrawal of troops, internal issues include the system of government which the Taliban aims to establish after the troops’ withdrawal. In a Taliban commentary, “The straight way towards peace”,  social ills, from corruption to criminality, are blamed on the current constitution grounded in a belief that peace and justice prevailed before American occupation in 2001 under the laws it enforced. As the group made clear in a 2016 comment:

The Kabul administration’s current constitution, established under the shadow of occupation, is not acceptable for the Afghan people, as it does not fulfil their needs … and cannot serve justice to the poor.

The Taliban wants the dominant focus of the peace process to be negotiations about the withdrawal of American troops. On internal issues with Afghans, changes to the constitution would likely be very significant, as the Taliban still believes in strict laws, which it considers imperative in returning Afghanistan to what was in its view the stable and socially cohesive country that existed before the US invaded.

Any progress to end the longest war in American history would require accepting some mind-boggling demands from the Taliban, or substantial policy and ideological shifts on their part, which seem unlikely.

Nonetheless, the Taliban is attempting to portray itself as a more tolerant group, maintaining that it is “committed to civic activism, freedom of speech, women’s rights, facilitating education, and preserving and developing national projects.” The key issue, however, is how its understanding of these values is shaped by the core commitment to a particular interpretation of Sharia. The Taliban also presents itself as determined to offer mutual respect with neighbouring states and all countries around the world.

Where does this leave the negotiations? Any progress to end the longest war in American history would require accepting some mind-boggling demands from the Taliban, or substantial policy and ideological shifts on their part, which seem unlikely.

Patience is the most important need. Yet it won't help unless American diplomats understand their adversary – the Taliban’s commitment to its desire to rule a “Sharia-governed” Afghanistan unchallenged, and as a sovereign power.

In a series of tweets, Khalilzad affirmed that significant progress had been made on two vital issues of counter-terrorism and troop withdrawal, and also vowed that “nothing is agreed until everything is agreed.” As he is set to meet the Taliban in the next round of negotiations scheduled for the end of this month, Khalilzad needs to be vigilant about post-withdrawal chaos which will ensue in the absence of strong institutions and inclusive democratic government.

Meaningful and long-lasting political changes that ensure long-lasting peace do not just materialise for the sake of meeting a deadline, whether for the Afghan election, or the next American one. 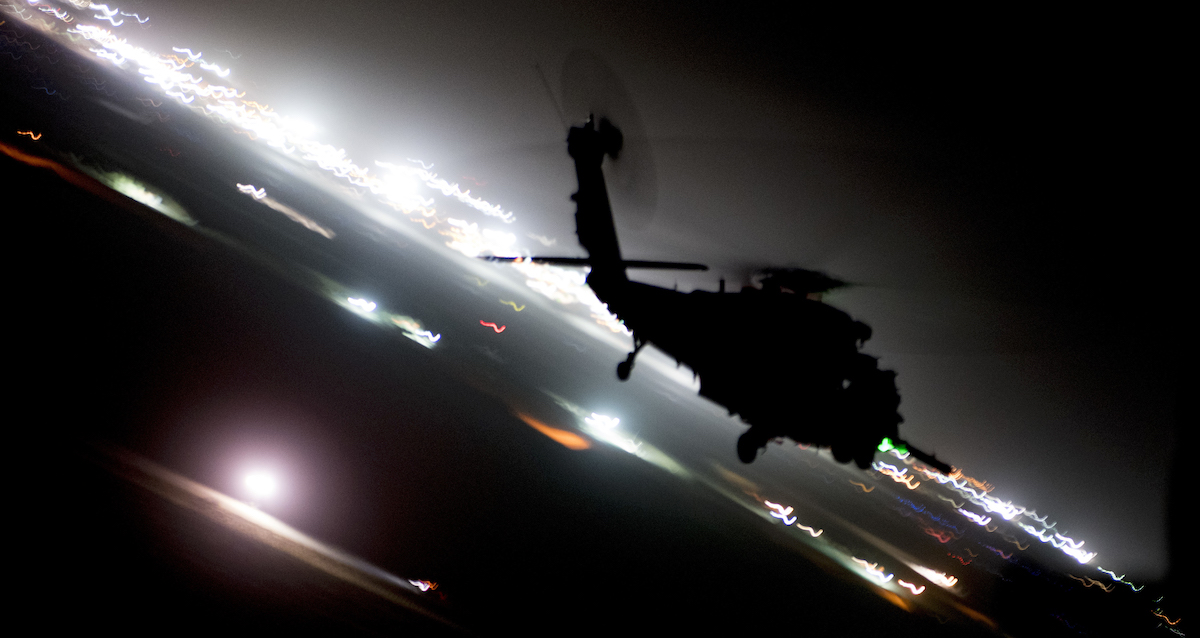