Jose Ramos-Horta hopes to win back his old job – Xanana Gusmão, too – while Fretilin’s own leadership question looms. 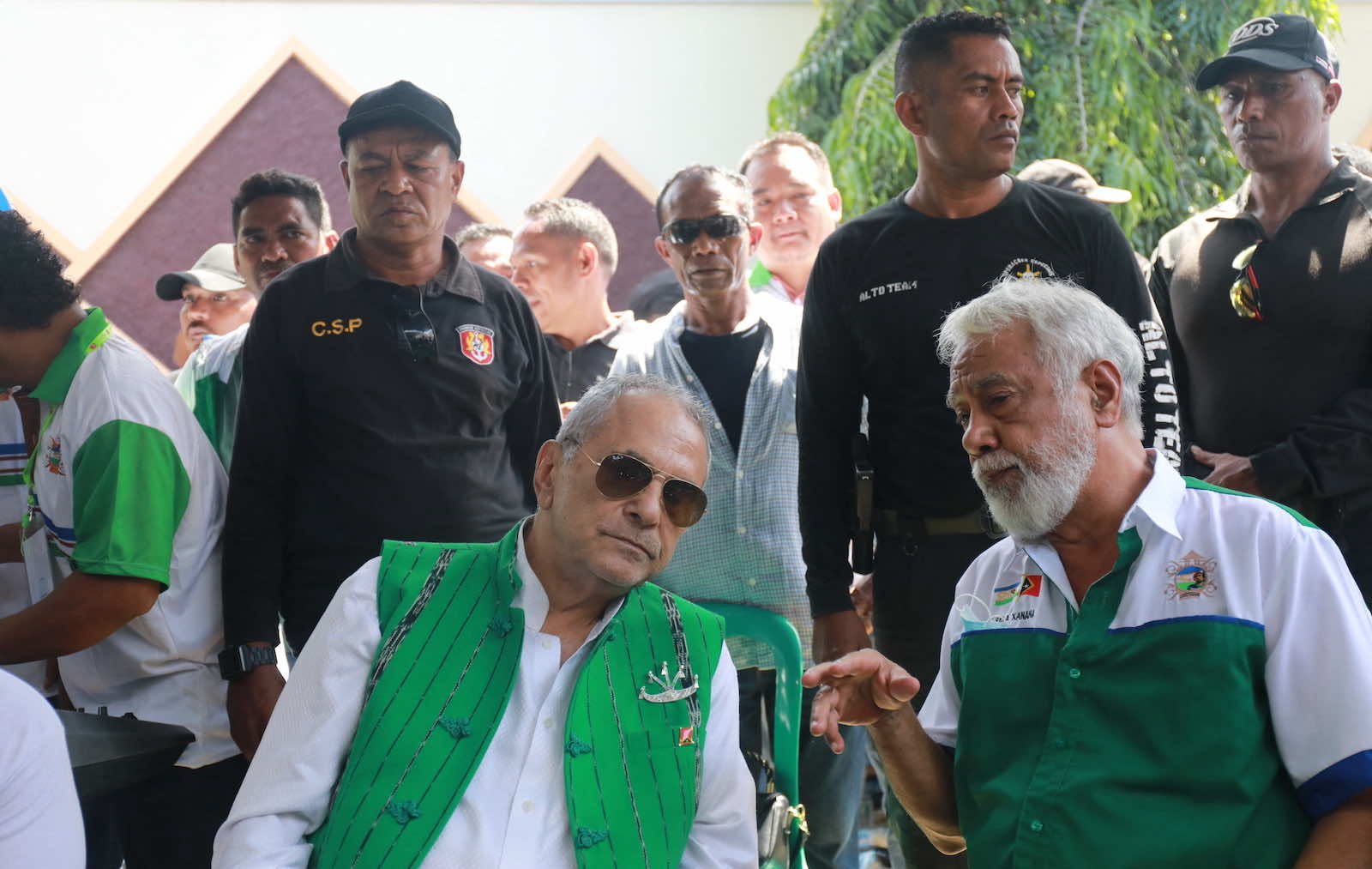 After two years marked by Covid-19 and floods, Timor-Leste is now gearing up for presidential elections on 19 March. A runoff round for the top two candidates will be held on 19 April if no candidate receives a majority.

Presidential candidates run formally as independents, but commonly receive the backing of political parties. The candidates backed by the two largest parties are now clear. Former President Jose Ramos-Horta confirmed on Sunday he will run again in 2022, receiving the powerful backing of Xanana Gusmão’s CNRT. This came a week after the incumbent President, Fretilin’s Francisco “Lu Olo” Guterres, declared his candidacy. Complicating matters, however, the current head of the defence force, General Lere Anan Timur, is also seeking Fretilin’s support.

In Timor-Leste’s semi-presidential system, the President is directly elected by popular vote and plays a key role in appointing the government following parliamentary elections, as well as dissolving parliament where necessary. Elevating the position above ceremonial heads of state in parliamentary systems, other substantial presidential powers include a reversible veto over legislation, a complete veto over executive decree laws, the power to refer legislation for constitutional review and the power to issue pardons.

Executive power nonetheless lies overwhelmingly with the prime minister and cabinet. Parliamentary elections are scheduled for 2023 but could yet come earlier.

And this is where things get interesting in 2022.

Support for Ramos-Horta from CNRT comes with the explicit criteria that if elected he should dissolve parliament and call early elections. This demand reflects political standoffs between the major parties stretching back several years. After a Fretilin minority government fell in late 2017, Guterres called early elections, which were won by coalition of three parties – Gusmão’s CNRT, Taur Matan Ruak’s PLP and KHUNTO. Ruak became the new Prime Minister, yet Guterres controversially refused to appoint seven CNRT ministers, citing judicial inquiries into misconduct or “poor moral standing”. This gave the government a curious character, dominated by the two smaller parties.

This significant constitutional case highlighted that presidential power in Timor-Leste is more substantial than many assumed.

In early 2020, Gusmão launched a complicated move to force a new election, rejecting the budget of his own alliance government, which embarrassed Ruak and saw the governing coalition collapse. The move then backfired on Gusmão as Fretilin support in parliament kept Ruak in power, with Fretilin ministers entering the government.

The CNRT were unhappy that Guterres had not immediately accepted Ruak’s initial resignation and had delayed appointing another Gusmão-led majority. But Timor-Leste’s Court of Appeal refused to review the executive political discretions of the President in the absence of a formal impeachment by parliament: a process requiring a supermajority of two-thirds of MPs.

This was a significant constitutional case and highlighted that presidential power in Timor-Leste is more substantial than many assumed. It is unlikely to be underrated in future and CNRT is taking the election very seriously. The CNRT criteria for supporting Ramos-Horta reflect the legacies of this era.

Guterres now faces his moment of political accountability at the ballot box and a powerful opponent in Ramos-Horta. If elected President, Ramos-Horta will have three options: to dissolve parliament and seek early elections; to reconfigure the government from the current parliament; or to wait until regular parliamentary election in 2023. Despite the pressure from CNRT, the first two options are neither simple nor straightforward in the face of parliamentary majority, although they are certainly possible, especially if smaller parties could be coaxed from the current parliamentary coalition. Either way, ongoing tensions in the semi-presidential system can be expected.

The CNRT see the current government as “illegal” and argues the Fretilin president of national parliament (PPN, a position akin to the speaker in the Australian system) is there illegitimately, though the Court of Appeal explicitly ruled that the parliamentary vote installing him as PPN was lawful. Ramos-Horta backs the CNRT position, but interestingly, he would be installed President of the Republic by the PPN if he is successful.

Notably, CNRT backing for Ramos-Horta clearly suggests that Gusmão seeks to return to the PM’s role from which he can better prosecute his Greater Sunrise/Tasi Mane onshore oil and gas development proposal, a project shelved by the current government since 2020.

For Fretilin’s part, a two-way contest for support would be emblematic of wider tensions in the party. If Lere runs, the Fretilin vote will split and potentially imperil the ability of either candidate to make the second round. Lere must also resign as head of the defence force to run for president: trickily, this require approval by both the government and the President, his rival for Fretilin support, Guterres. The government has now approved Lere’s resignation, while Guterres’ response is now awaited. Adding to the existing complexity, with nominations closing on 4 February, Lere also appears to have left his run rather late.

Lere’s declaration he would be running whether the Fretilin leadership “likes it or not” reflects other tensions within the party. An internal challenge for the party leadership is looming in June, the first since 2006. Former PM Rui Araujo will challenge Mari Alkatiri’s preferred successor candidates for the role of Secretary-General of Fretilin.

To date, history has shown Xanana Gusmão’s support this to be decisive in presidential campaigns – true even for the current President back in 2017 when Guterres received Gusmão’s informal backing in what turned out to be a final expression of the era of national unity between the two major parties. The last five years of inter-party tensions raise the wider question of whether entrenched conflicts between the 1975 era of political leaders are serving the nation well. With a median age of 18, and some 20% of voters heading to the ballot box for the first time this year and next, younger voters yet may have a say in that.