Trump and the intelligence community 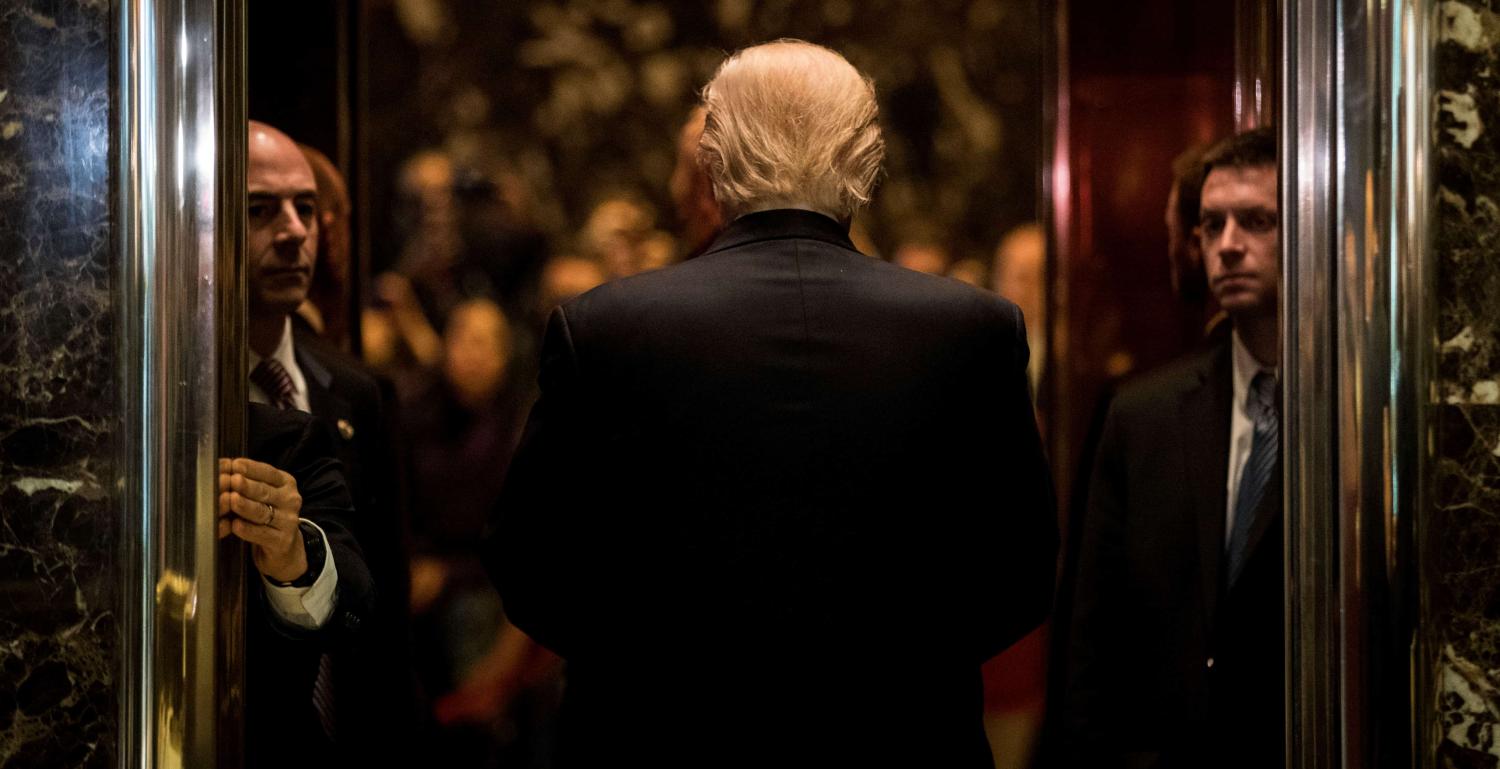 Not for the first time in US history, Russia hysteria has hijacked the political discourse. Rhetoric abounds that Russia 'hacked' the US election; the actual charge is that the Russian government covertly accessed the email account of senior Clinton aide John Podesta and later supplied his emails to WikiLeaks.

Post-election, this seemingly minor trigger has escalated into a major US crisis at the highest levels of US governance. It intensified after the release of the dismally inadequate Office of National Intelligence report into Russian involvement in the US elections. It then exploded when CNN ran an article alleging intelligence officials had presented Trump with a dossier showing that Russia had compromising information on him. Buzzfeed then published the original memos that contained those same totally unverified accusations.

This crisis has multiple aspects that could have long-term implications for US governance and national security:

Hillary Clinton lost. This came as a profound shock, and many have not reconciled themselves to the result. Instead of contending with real causes, blame is being levelled at FBI director James Comey, so-called 'fake news', and Russia.

Among Clinton supporters there is a strong inclination to delegitimise the election result. If Russia did indeed 'hack the election', then the validity of Trump's presidency would be called into question.

While any foreign hacking is surely of concern, the language that Russia somehow 'hacked the election' is absurd. During the campaign, the vast majority of major newspapers in the US endorsed Clinton or explicitly rejected Trump. Press coverage of Trump was overwhelmingly negative relative to his opponent, and the idea that these disclosures were the reason tens of millions of Americans turned out in the Midwest for Trump is just crazy.

If the leaking of Podesta's emails had any effect, it was in depressing turnout among former Bernie Sanders supporters disenfranchised by bias among senior members of the Democratic National Committee. But in order to blame Russia one must correspondingly argue that the public did not have a right to the information released. Given that the disclosures resulted in multiple resignations at the Democratic National Convention, that proposition is hard for registered Democrats to swallow.

Accordingly, Obama's expulsion of dozens of Russian diplomats post-election may be viewed cynically. This overreaction implies that Russia unduly influenced the outcome of the election; had Clinton won instead, it is extremely unlikely this mass expulsion would have occurred.

2. The CIA and Trump

Trump was provided with a two-page summary of the alleged compromising information held by Russian. Why an unverified rumour was included in a top level briefing at all is unclear – a reasonable suspicion might be that intelligence officials included it as an attachment knowing that the press would publish the material.

Former CIA officials also strongly supported Hillary Clinton during the election campaign. In October, former Acting CIA Director Michael Morrell claimed Trump surrogates were 'working on behalf of the Russians'. Then, a few days before the election, former CIA Director Michael Hayden penned an op-ed in the Washington Post titled 'Trump is Russia's useful fool'. Outgoing CIA director John Brennan has now mirrored these views in an interview, during which he also dubiously 'refused to confirm nor deny' that the Trump camp had cooperated with the Russians on hacking during the campaign.

In summary, for many months during the campaign former senior CIA officials warned against a Trump presidency. Now that Trump has been elected, they are trying to discredit the President-elect ahead of him taking office. This latter behaviour constitutes an inexcusable overreach.

For years now, the CIA has been engaged in a proxy war in Syria against Bashar al-Assad's regime and their Russian backers. Former CIA Director David Petreaus even called for the arming of Al Nusra terrorists during the 2015 Lowy Lecture. It is hard to see how this is beneficial to long-term US national security interests. To that end, one of the first people Trump chose to meet with after the election was Democratic Congresswoman Tulsi Gabbard. She has since introduced the Stop Arming Terrorists bill into the House, with the express purpose of preventing the CIA from continuing to support these groups.

In accordance with his long-standing Nixon-Kissinger worldview, Trump has clearly outlined his objective to improve relations with Russia while muscling up to China. Indeed, Henry Kissinger has reportedly expressed a desire to negotiate the deal with Russia himself.

The daunting complexity of negotiating détente with Russia is dwarfed by the domestic opposition that exists in Congress to any accord with Putin. The saying 'only Nixon could have gone to China' is predicated on the notion that only a staunch Republican could have carried Congress in normalising relations with Beijing. In contrast, Trump's Russia pivot is opposed by prominent members of his own party, the intelligence community, and possibly even some cabinet appointees. Even Democrats who would otherwise be sympathetic to Trump's views see mileage in supporting the 'Russia hacked the election' narrative.

Contrary to what many in Washington believe, Russia is not the greatest strategic challenge to the United States – China is. Bureau chiefs must reconcile themselves to the fact that Trump has been duly elected, and he is entitled to expect agencies to faithfully implement the foreign policy agenda that he took to the election.

It’s far from all bad news. But Australians don’t know that other Asian great power as well as they should.
Glenn Diesen 7 Feb 2017 13:55

Kiev is taking a high-risk gamble that could prompt the West to distance itself from a belligerent Ukraine.
Jackson Kwok 11 Nov 2016 14:28

In depicting American democracy as chaotic and dysfunctional, the state media has sought to bolster its narrative of domestic stability.