It was clear Senate Republicans would ensure acquittal, but the process put Trump’s corruption on full display. 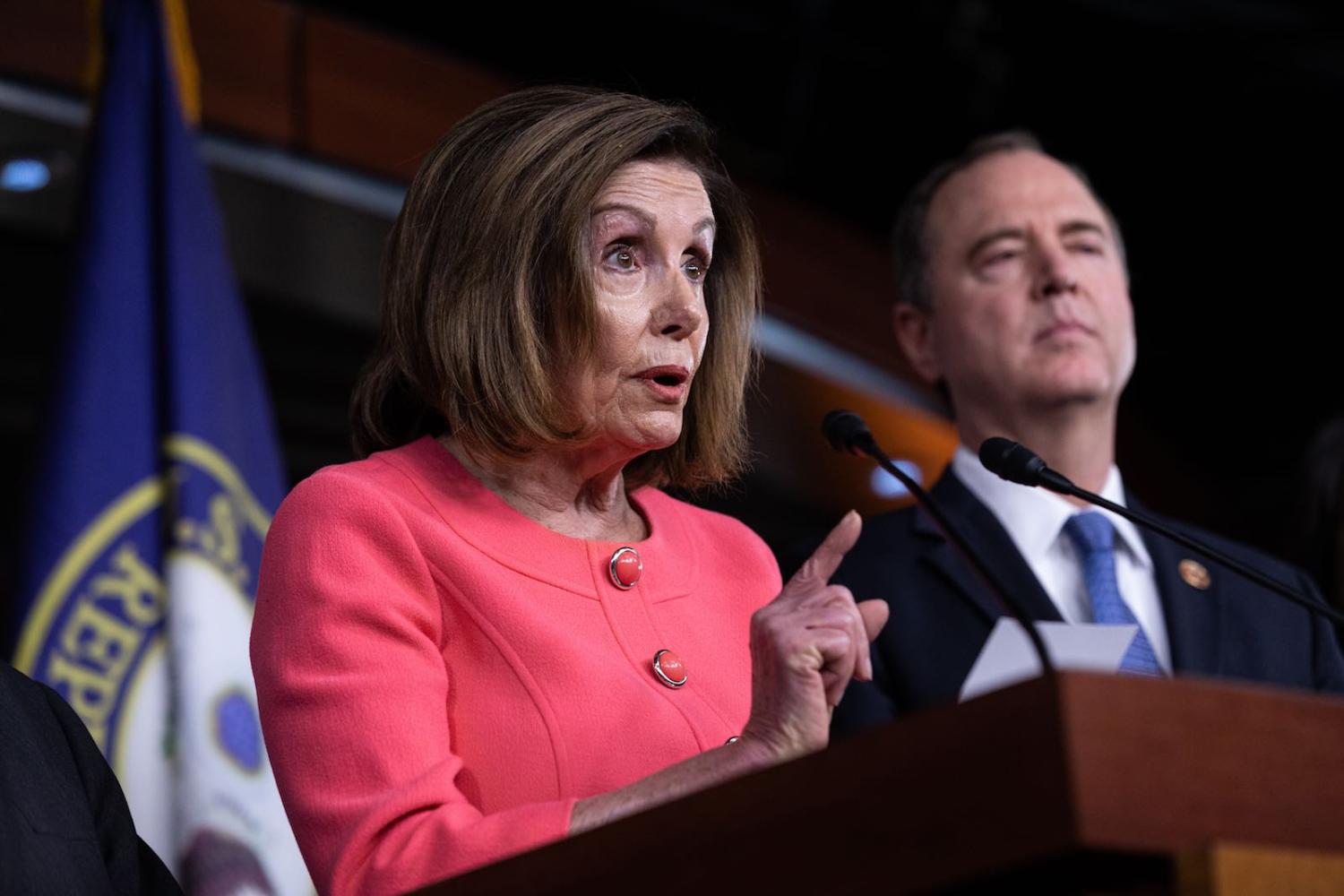 Last week late on Wednesday afternoon, the 134-day impeachment proceedings against US President Donald Trump ended with a near party-line vote in the Senate in favor of acquittal. While few ever doubted this outcome, there were times when it seemed possible that three or four Republican Senators might vote to convict. The day after the acquittal, Trump, buoyed by his campaign-style State of the Union and a recent Gallup poll that found his approval rating at its highest level in in three years, claimed full exoneration.

The events of the past week led the institutionalists who dominate Washington think tanks to express serious concerns about the durability of a constitutional order based on divided sovereignty. The week was dismal and dark for many, and raises the question: Was impeachment worth it for the Democrats?

Yes, it was. For country and for party, the Democrats were right to pursue impeachment.

Once it became clear the institution of the presidency would not constrain Trump’s anti-democratic impulses, Congress needed to step in.

The team of House Managers sent to prosecute the case against the president included younger members who are likely to play a big role in the Democratic Party’s future.

The Ukraine affair wasn’t the first time that Trump behaved in a way that threatened the constitutional order – it was just the first time that standing up to his behaviour seemed politically viable.  Speaker Nancy Pelosi and an overwhelming majority within her caucus determined that the president’s efforts to pressure Ukraine to investigate his political rivals warranted an impeachment inquiry.

A new book by Benjamin Wittes and Susan Hennessy, the editors of national security blog Lawfare, argues that the Ukraine scandal functioned as “… a capstone scandal, combining the many abusive features of the personalized, expressive presidency” Trump has pursued over the past three years. The authors explain that Trump’s vision of executive power “subliminates the presidency’s core management functions and public service dimensions to the personal interests of the officeholder”.

With a systematic analysis of presidential authorities and responsibilities, Wittes and Hennessey highlight how, in service to his own personal interests, Trump has broadly and repeatedly leveraged institutional weaknesses within the network of executive branch bureaucracies. Trump also leveraged the relative weakness of the Congress vis-à-vis the presidency – until the House took responsibility for investigating the President.

The House Democrats were competent both in their investigation of the President and in their arguments before the Senate.

The House impeachment process was fair and illuminating. The information that emerged not only confirmed the whistleblower complaint that triggered the initial investigation, but it also exposed the breadth of corruption related to the Trump administration’s dealings with Ukraine. Once the articles of impeachment were transferred to the Senate, the House Managers prosecuting the case laid out a compelling argument.

The public remained divided over whether Trump should be removed from office, but most Americans acknowledge the likelihood of his wrongdoing. In the first weeks of January, a Pew Research poll found that 70% of Americans believed Trump had definitely or probably done unethical things during his time in office or while he was running for president. And 63% thought that Trump had definitely or probably done things that are illegal.

The President’s defence team offered counterarguments full of disinformation, ranging from “He didn’t do it” to “If he did it, it was a good thing”. But by the time of their closing they had settled on the most compelling defence: He did it, but it’s not impeachable. This was the off-ramp that many Republican Senators used – in the face of overwhelming evidence – to justify their vote to acquit.

The talent within the Democratic Party was on full display throughout the Senate trial, providing rank-and-file Democrats with hope for the future.

The House Managers used every minute afforded to them to make their case against the President. The intellectual stature and litigating skill of Congressman Adam Schiff was evident throughout the investigation phase, but the power of his arguments during the Senate trial elevated his stature further.

Further, the team of House Managers sent to prosecute the case against the president included younger members who are likely to play a big role in the Democratic Party’s future. On the first day of the trial, Congressman Jason Crow, a first-term Congressman from Colorado and former US Army Ranger, presented a strong case for the release of Defense Department documents about the withholding of aid from Ukraine.

Another 40-something member who distinguished himself during the Senate trial was Hakeem Jeffries, the chairman of the House Democratic Caucus, and the person many believe to be Nancy Pelosi’s chosen successor. When the president’s lawyer, Mr. Jay Sekulow rhetorically questioned how we got here [to impeachment], Jeffries responded,

“We are here, sir, because President Trump corruptly abused his power, and then he tried to cover it up. And we are here, sir, to follow the facts, apply the law, be guided by the Constitution, and present the truth to the American people. That is why we are here, Mr. Sekulow.”

And then Jeffries ended with a mike-drop moment, quoting the rapper and fellow Brooklynite the Notorious BIG: “And if you don’t know, now you know.”

In the end, the most memorable lines of the impeachment trial didn’t come from a Democrat. Even though Senator Mitt Romney was the only Republican to vote with the Democrats, his speech on the Senate floor changed the way the moment felt. And because he ensured that the vote to convict would be bipartisan, he changed the way this moment in American history will be remembered.

Citing the central role that his faith plays in his life, Romney explained that taking an oath before God was a consequential act for him.  And with full awareness of the ways in which he would be attacked for this vote (and potentially voted out of office), Romney stated:

“The President is guilty of an appalling abuse of public trust… What he did was not perfect. No, it was a flagrant assault on electoral rights, national security, and our fundamental values. Corrupting an election to keep oneself in office is perhaps the most abusive and destructive violation of one’s oath of office that I can imagine.”

Why India is buying the world’s emptiest airport

The prescience of Coral Bell

A decade ago, Coral Bell foresaw the emergence of a new multipolar order.
Rachael Buckland 3 Aug 2017 13:58

Migration and border policy links: RAISE Act, Haitian immigrants in the US, ‘nexification’, and more

This weeks links include a consultation paper on simplifying Australian visa arrangements, and distribution and characteristics of Haitian immigrants in US.