Singapore, Panmanjom, Ulaanbataar, or anywhere else, deciding where the leaders meet will broadcast an important signal. 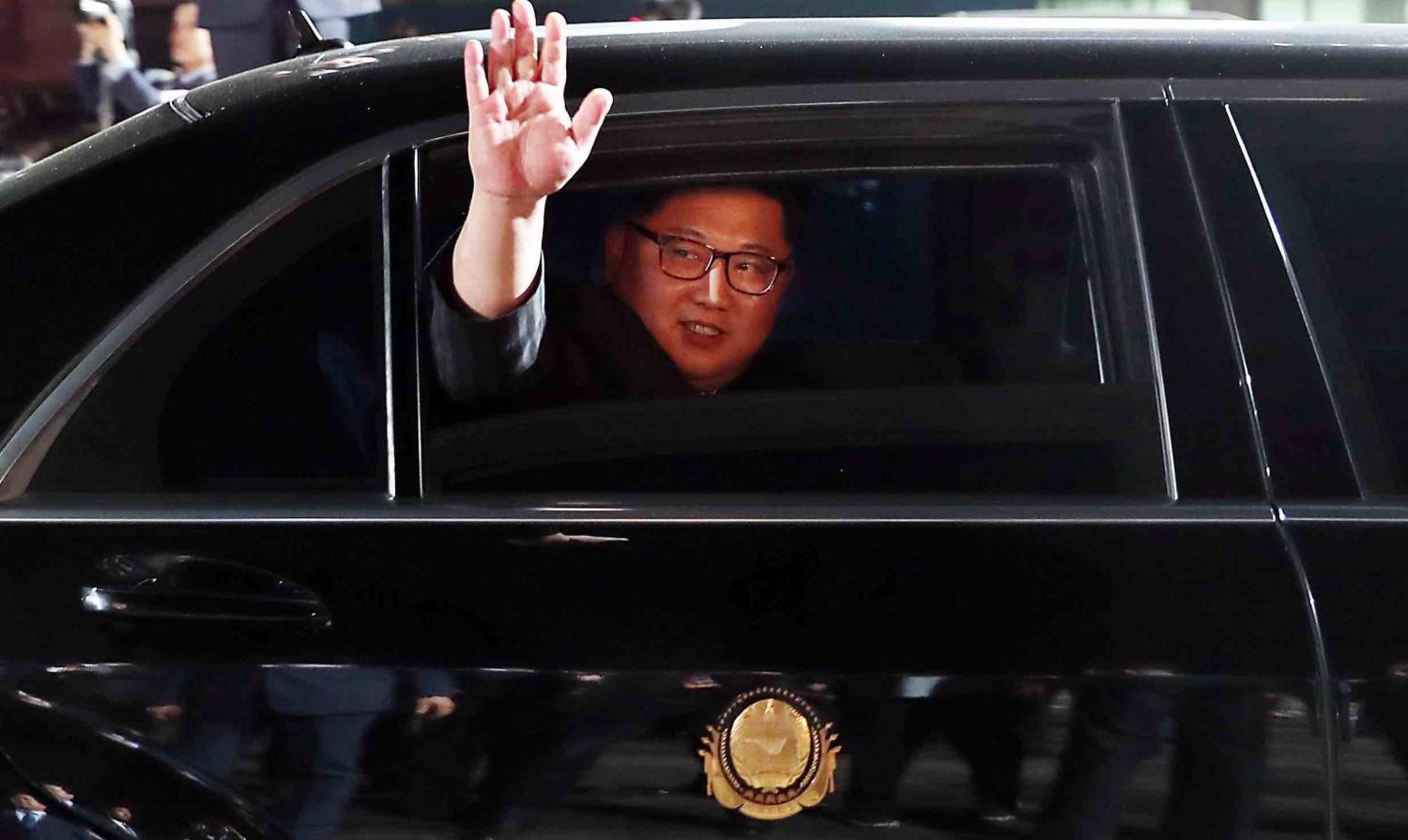 The venue and date for the Donald Trump–Kim Jong-un summit have yet to be announced, but it appears likely to take place in late May or early June. Panmunjom, on the southern side of the Demilitarized Zone (DMZ), has emerged as the clear frontrunner. But there is still a possibility that the meeting could be held elsewhere, with Singapore as the standout alternative. What are the pluses and minuses for both sides as to where the summit is held?

Trump has said that numerous countries are being considered for the upcoming “MEETING” with Kim, but hinted at his personal preference for the Freedom House at Panmunjom as a “more Representative, Important and Lasting site”. The fact he expressed his thoughts publicly suggests his advisers may prefer a “third-country” alternative.

Panmunjom is set up, logistically and theatrically, as the obvious choice. The fact that it was also the backdrop for the inter-Korean summit last month is perhaps the main factor counting against it.

Yet Trump is clearly curious to see North Korea up-close. His attempt to visit the DMZ by helicopter last November was derailed by poor visibility.

How Trump and Kim will balance their tête-à-tête with South Korea’s Moon Jae-in’s desire for a three-way meeting could present challenging handling issues, especially if Trump is contemplating downsizing the US military footprint on the peninsula. But holding the summit in Panmunjom would still be a good surface indicator of solidarity with America’s South Korean ally.

North Korea gets a vote on venue too. Panmunjom is a practical option as the easiest location for Kim Jong-un to access outside of his country. Kim may feel more confident now, following his well-choreographed meeting with Moon. In a meeting that will be forensically scrutinised for symbolism and “optics”, Kim may even conclude that Panmunjom offers him some form of home advantage.

However, the big drawback of a South Korean location for Kim is that the summit with Trump is designed to elevate North Korea’s status as a nuclear peer of the US, and vis-à-vis South Korea. Meeting on neutral ground would be preferable from this standpoint.

Singapore was my first thought, once news of the summit was broken. Several factors commend the city-state as a neutral, Asian venue.

Singapore has previously hosted informal dialogue between the presidents of China and Taiwan, and sees itself as a “hub” for regional diplomacy. It offers excellent security, an important consideration given the short notice required to put the necessary arrangements in place, especially for the US President.

Logistically, it makes sense for the US to host the summit either side of the IISS Shangri-La Dialogue, which will take place there 1–3 June. Much of the US defence, intelligence, and national security hierarchy will be present. Singapore’s reputation for reliability, and its strong security relationship to the US makes it an obvious choice for Washington.

It is also familiar ground for the North Koreans. The major disadvantage for Kim is the distance he would have to travel to Singapore, although it is within range for North Korea’s aging Il-62 VIP transport aircraft.

Among the outlier contenders, Ulaanbataar, Mongolia’s capital, has been widely touted as a possibility. Mongolia has previously positioned itself as an intermediary for North Korea. But Ulaanbatar lacks sufficient grandeur as a backdrop and would struggle to put in place the necessary security arrangements in time.

Russia’s Vladivostok, host to the 2012 APEC summit, and within overland reach from Pyongyang, is a relatively attractive venue from North Korea’s perspective. It would be surprising if Moscow has not suggested it as a summit location. While the US national security establishment would view such a Russian offer with intense suspicion, the White House continues to profess Trump’s readiness to meet Vladimir Putin.

Vladivostok would provide an opportunity to sit down on the sidelines with the Russian president. But if Trump is approaching the North Korean summit partly as a means to distract attention from the ongoing investigation into Russian interference, then Vladivostok would be a self-defeating choice.

Indonesia’s President Joko Widodo has belatedly made a public offer to host the summit, consistent with Jakarta’s long-held intermediary aspirations. But it’s not clear what Jakarta would be adding to Singapore’s offer of good offices, other than extra mileage and Bali’s charms.

Sweden has also offered to host the summit, and was the first venue for US–North Korea talks after the summit was announced. North Korea’s Foreign Minister Ri Yong-ho was previously posted to Stockholm and is well disposed towards Sweden’s neutral broker role. However, it would be both risky and impractical for Kim to venture such a long distance to meet Trump.

The wildest card of all is that Trump will disregard his officials’ advice and opt to do a “Nixon”, meeting Kim in North Korea. Mike Pompeo surprised many by travelling secretly to Pyongyang as Director of the CIA. However, Trump’s attendant need for publicity would surely weigh against a meeting conducted out of the limelight – to say nothing of the presentational downside if the summit fails.

Yet for all the interest in the “where and when” theatricality of the Trump–Kim summit, it’s the “what” that counts.

Focusing on an unprecedented meeting of US and North Korean leaders as grand spectacle merely underlines that Kim Jong-un is already ahead, simply by virtue of it happening.

As the high-ranking defector Thae Yong-ho has noted, even if Trump walks away, North Korea is likely to claim the moral high ground.

Previous Article
Weekend catch-up: the Iran deal, China’s United Front, and Remaking the Middle East
Next Article
Working with China in the Pacific

As varied as the weather: How public attitudes shape climate policy

Seen as a cleanskin, Atmar would have a colossal job to convince international donors to keep up support.
Erica Frantz, Andrea Kendall-Taylor 30 Oct 2017 12:09