More concerning than an America focussed on financial return is one erratic in its approach to the world. 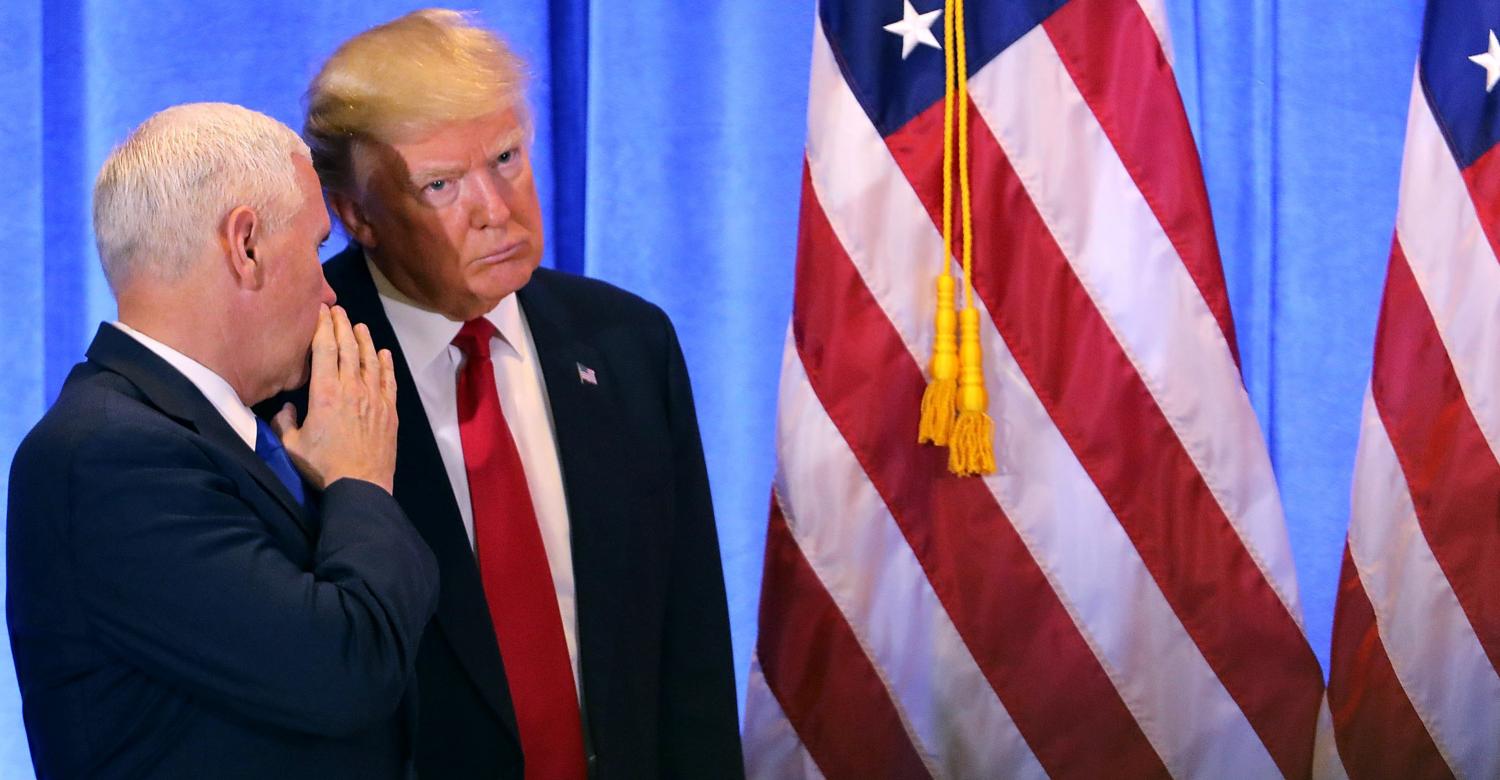 Among the foreign policy issues raised by the imminent Trump White House, one that has received a fair amount of commentary is the President-elect's mercantilist leanings; that is, a pragmatic approach that views the world through the prism of financial return on US investment of various diplomatic, trade and defence-related resources. Such a policy aligns well with the selection of Rex Tillerson, the CEO of Exxon Mobil with a history of deal-making in nations with dubious human rights records, as the next Secretary of State.

The concerns voiced about such an approach seem to centre around the US stepping back (unless it's paid more) from roles that have extensively benefitted other countries directly (including Australia), but the US only more obliquely. These include alliances where America covers most of the costs (such as 70% of NATO's spending) and policies where there is a less direct return on US investment (such as leading the 'rules-based international order'). The worry is that without such leadership, power vacuums arise and instability and war erupt.

Such concerns seem to ignore two broad issues. First, US mercantilism is neither new, nor necessarily a poor guide for informing foreign policy, nor even particularly likely to place Western nations in an untenable position, given their finances. Second, Trump has so far shown himself to be a fairly poor example of a foreign policy mercantilist – it's his erratic behaviour that is more worrisome.

In examining US mercantilism, it's worth noting at the outset that apportioning a financial cost to foreign policy ventures is sensible. Nations seek the best outcome for their expenditure, and a way to quantify this is to compare an activity's likely benefits with its financial cost. If there's a vast discrepancy, then perhaps the endeavour is simply not worth doing.

As such, mercantilist concerns have been common throughout various US endeavours, with one example being the Iraq War. Senior members of the George W Bush's Administration repeatedly refuted the high number of troops (and associated price tag) judged necessary by the US Army to win the war and subsequent peace. President Bush's economic adviser was fired after publicly suggesting that the intervention's total cost might be up to $200 billion (in 2013 it was $1.7 trillion and growing). Notably, the high estimates of troops and costs did not suggest that the invasion would fail, but raised the spectre it would be so expensive it might be worth investing the dollars elsewhere (a point made by then-Senator Barack Obama in 2008). Indeed, former Bush officials have stated that if they had realised the war would cost so much, they would not have intervened.

Such monetary considerations still abide in US foreign policy. In a wide-ranging interview last year, Obama discussed his concern over allied 'free riders' who sought US security without spending enough on defence. Separately, he stated that one of the main reasons there is no greater US role in Syria is because it would be impossible to do 'on the cheap'. Also, Vice-President Joe Biden previously touted the value of the US approach in Libya, due to it costing $2 billion.

So why the sudden concern over Trump? His contribution has been to levy the approach more publicly and firmly at friends, allies and international issues in general. He has suggested, for example, that if NATO's members do not spend the guideline 2% of GDP on their defence budgets, the US might not defend them, as required by NATO's Article 5 commitment to collective defence. Similarly, he has stated that Japan should pay more of the cost of US forces stationed there, and that Japan and South Korea should look after themselves against North Korea, hinting that they might need to consider obtaining nuclear weapons. Regarding the Middle East, Trump appears to disengage entirely due to the expense, and thinks it would have been better that the US had never become involved, and at least ishould have taken Iraq's oil when it did.

Trump has raised the prospect of allies needing to pay up and the US potentially withdrawing from global trouble spots – while his statements aren't exactly filled with camaraderie, are they actually a cause for concern? It's worth noting, for example, that Trump has referred to an increase in spending by nations that are amongst the planet's wealthiest: six of the G7 nations are non-US NATO members, plus Japan. And even poorer NATO countries such as the Baltic States have demonstrated a willingness to spend more to keep themselves in the US good graces. Simply put, US allies can afford to pay. And if such a situation resulted in a more militarily capable Europe, NATO and Japan, would this be a bad outcome?

Likewise, a threatened US withdrawal from the Middle East could place more emphasis on regional nations (which should have a greater stake in the area's stability) cooperating to resolve conflicts that threaten their borders. And US involvement is empirically not required for policy progress in the region: the most recent Syrian ceasefire (though off to a shaky start) was notably brokered by Russia, Turkey, Iran and Syria.

So, a purely mercantilist White House might not cause the sky to fall. Unfortunately, such a self-serving but still consistent and clear approach seems less likely than that the reality: an erratic attitude to foreign policy.

Trump has shown a frankly perplexing appreciation for Russia, the sick man of Eurasia. The Russian Federation is in dire straits: its population growth is stagnant, the nation has an average life male expectancy of 65 years, and has its GDP (expressed in $US) has nearly halved over three years. Likely due to such factors, an increasing number of its most talented citizens are seeking to leave. Yet Trump has repeatedly expressed his admiration of both Russia and Putin, and his willingness to collaborate. This is despite its relative poverty that, from a mercantilist perspective, demonstrates an inability to contribute to US foreign policy goals.

Secondly, while wishing to distance the US from the Middle East, Trump has suggested sending 20,000-30,000 US troops into Syria to defeat ISIS. If Obama's approach is thrifty, then any larger involvement is likely to cost far more and (based on the Iraq experience) unlikely to be any less 'sticky' for a long-term US presence. Why do so for a nation which, from a mercantilist perspective, is a terrible investment? It has few natural resources, comparatively little oil and a fractured and surprisingly ISIS-sympathetic population?

Finally, Trump has suggested he will aggressively confront China and will also reinvigorate US military power (in particular its naval assets). China is America's largest trading partner, has the world's second-largest economy, and is the planet's most populous nation. Surely a mercantilist would find a more lucrative approach than confrontation? And if the US will no longer be the world's policeman, why invest billions in expanding the planet's most powerful navy? At the very least, a more efficient approach would seem to be using existing US forces (perhaps freed by expanded European defence investment) to confront China. Instead the President-elect has suggested that the US will both withdraw from some of the world's troubles while simultaneously dramatically expanding its military, at a time when US debt has soared and has been called the greatest threat to US national security, and which higher defence spending can only exacerbate. To what sensible end?

The next US Administration seems to be an erratic mixture. Rather than adopting a purely mercantilist approach, it instead is seeking to accommodate dying paupers, antagonise wealthy peer-competitors, and spend billions it cannot afford to fortify itself against problems it has rejected addressing – an interesting strategy for the world's sole superpower.

Most attention since Tillerson emerged as favorite for State has focused on his relationship with Russian President Vladimir Putin.
Steven Casey 11 Aug 2017 09:20

The closest a US president has come to anticipating Trump's shockingly bellicose statement was Harry Truman, during the Korean War.
James Bowen 15 Feb 2017 18:02

The communications strategy employed during Trump's successful primaries and general election campaigns has not been as effective since the inauguration.