Quick adaptation has kept down the spread of coronavirus, but it’s no time to relax. 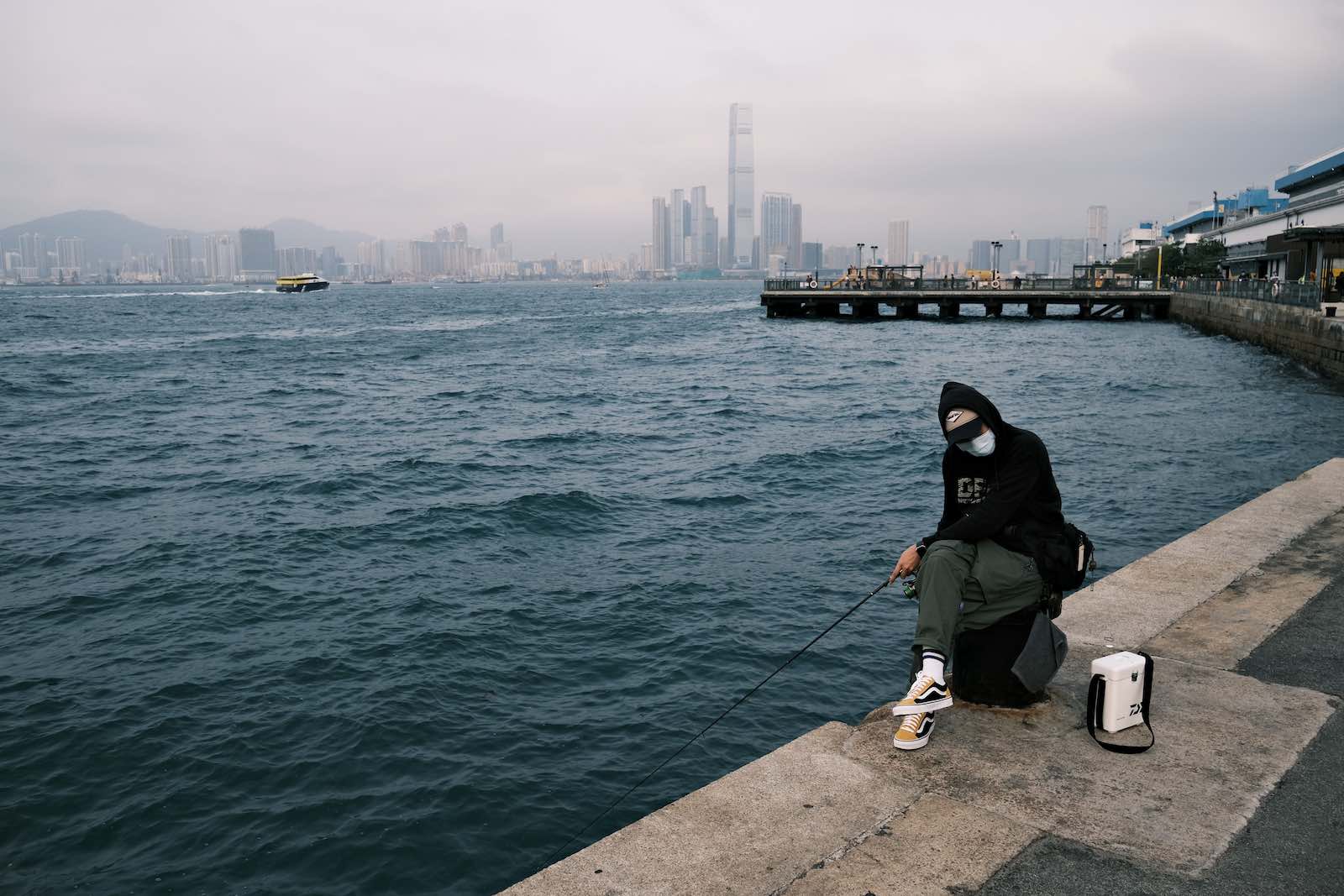 A trip getting out of the apartment has never been so meticulous: face mask and hand sanitiser are must-have items in the bag (Anthony Wallace/AFP/Getty Images)
Published 20 Mar 2020 10:30   0 Comments       Follow @VivienneChow

The first half of March saw Hong Kong people’s attempt in bringing the city’s life back to normal amid the coronavirus scare. There are more people out in the streets, mostly wearing face masks. Many companies and the government have reduced the work-from-home arrangements and are getting people back to the office. Queues at certain restaurants are spotted during lunch hour. Toilet rolls, rice, hand sanitiser, and face masks are back in stock. Some public facilities have reopened. There have been even a few art openings this week, including a new art gallery by the former French prime minister Dominique de Villepin and his son Arthur.

As many places around the world are just starting to feel the pain of Covid-19, which is hitting Europe and the United States hard, Hong Kong seems to have “flattened the curve” since the outbreak began in January. Wearing face-masks, keeping strict personal hygiene and social distancing, partially closing borders, and performing testing and contact tracing appear to be working. The coronavirus panic-buying and dysfunction of the city described as “symptoms of a failed state” in a Bloomberg opinion piece widely circulated in February are no longer uniquely Hong Kong. Even the bar district of Lan Kwai Fong has become crowded again.

But has Hong Kong succeeded in the fight against the novel coronavirus? Well, not quite.

But the past two days (March 18 and 19) saw an exponential increase in terms of percentage – the number of cases in Hong Kong has gone up by 25% to 208. As the situation deteriorates around the world, it appears that Hong Kong is expecting a second wave of outbreak in no time, as forewarned by the vocal Hong Kong University microbiologist Dr Ho Pak-leung. The new cases are brought to Hong Kong by those who have returned, running away from places hit by the virus, and those irresponsible people who ignore experts’ advice on social distancing and continue to party in Lan Kwai Fong, which health officials have described as the “hotspot” for spreading coronavirus.

Fancy dresses have been left untouched in the closet as waterproof clothing and a cap to cover the head and hair are in fashion.

The trend is worrying, as this might jeopardise the collective effort of the majority of Hong Kong people who have been fighting the virus since January.

A trip getting out of the apartment has never been so meticulous. Face mask, hand sanitiser, and a small bottle of rubbing alcohol spray are must-have items in the bag. Fancy dresses have been left untouched in the closet as waterproof clothing and a cap to cover the head and hair are in fashion. Upon returning from outside, shoes must be off, and they, together with the waterproof outerwear, must be cleaned with disinfectant spray, diluted bleach or rubbing alcohol. Wash hands. Clothes go straight to the washing machine, immediately followed by a shower from head to toe. And don’t forget to clean the phone, keys, and door handle.

Such is the new routine that my friends and I have come up with when the novel coronavirus originated from Wuhan, China, began to hit Hong Kong towards late January. We have been practising social distancing diligently and avoid eating out.

It might sound like we were overreacting initially, but with the painful lessons from SARS – which in 2002–03 killed 299, including many medical workers – imprinted in our memories, and months of Hong Kong protests that have sent people’s trust in the government to a historical low, we know that no one is more reliable than our disciplined selves.

It is not an exaggeration to say that Hong Kong people’s spirit of resistance and resilience inspired by the ongoing pro-democracy protests has protected them from the deadly virus.

The government maintained the stance of no mask necessary at the end of January. In early February, when the city was facing a severe mask shortage, chief executive Carrie Lam told the media she ordered government officials not to wear masks. "I actually told them they cannot wear them. And if they are [already] wearing them, they have to take them off," she was quoted saying in the media, citing World Health Organization advice. Her comrade, labour and welfare minister Law Chi-kwong, also said that he did not need to wear a mask to go to work.

But people were well aware of the asymptomatic nature of the virus long before it was declared a pandemic, and the public’s distrust in the Hong Kong government and Beijing, which covered up the outbreak in Wuhan at the beginning, encouraged them to take advice from leading medical experts – whether teaching people how to wear face masks (link in Cantonese) via social media platforms, or with advice to wear masks to prevent germs from spreading, along with continuously providing updated medical research information to the public.

A medical workers’ unprecedented strike in late January and early February to demand complete closure of the border to mainland China also sent an alarming signal to the public, as medical workers made it clear that the influx of virus carriers and patients from the north could collapse the public healthcare system in Hong Kong.

The warnings might have worried people and sent them into panic buying, emptying the shelves of supermarkets for a while and generating long queues to buy face masks, but the strong community response has worked.

This, followed by closure of schools, public facilities, and borders, as well as implementing home-office arrangements, has allowed Hong Kong to hold off the exponential increase in the number of cases for a long while.

But whether this can be sustained depends on the entire population. Fighting a pandemic is never a one-person job, but a collective effort. Many people in Hong Kong have learned their lessons. Wear a mask, wash your hands, and avoid unnecessary social contact and travelling. By taking care of yourself, you are also protecting others from getting infected.

People might have found a way to live with the virus for the time being, but the fight is still on, and it’s too soon to celebrate victory.

Show Comments
Previous Article
COVIDcast episode 3: The China story
Next Article
Joe Biden and the ghosts of elections past