There’s a reason why gender inequality and state conflict go hand in hand, a denial of which erodes democracy. 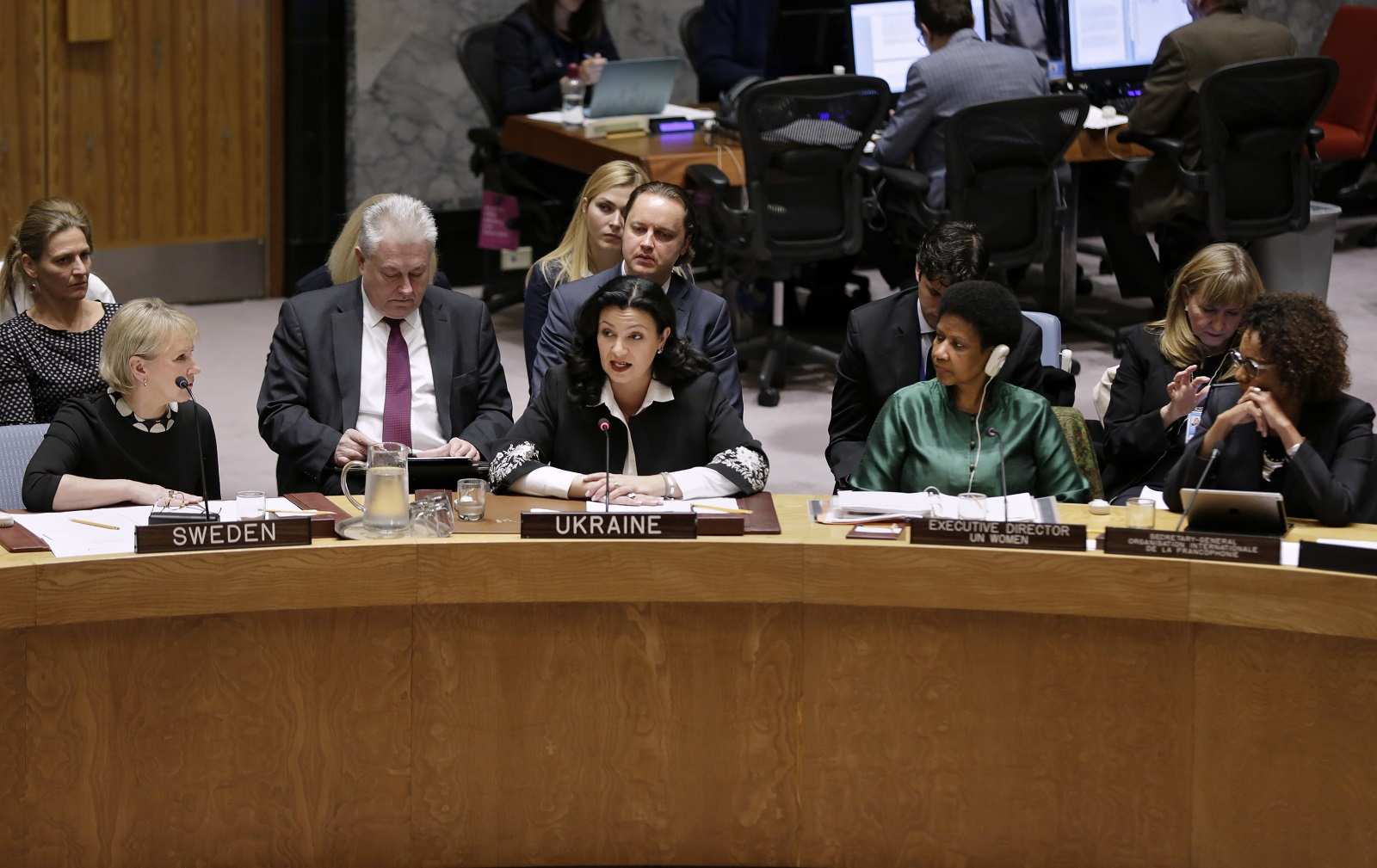 At the heart of a feminist approach to foreign policy is a commitment to non-violence. Not because the framework is unmoored from the realities of the world we live in, but because a feminist approach does not simply accept the world as it finds it, but rather seeks to unpack the drivers of the status quo to reimagine – and bring into being – a different world. One where power is distributed and balanced in different ways such that violence and its threat become untenable, and where human security is not seen as the collateral cost of preserving state security.

More than just a focus on equality between men and women, feminist foreign policy is a framework for grappling with systems of power. Applying it as a tool of analysis enables us to ask different questions and apply different viewpoints to try and understand more fully the nature of the problems we face. For example, as the crisis unfolds in Ukraine, the emerging media narrative regarding the Russian invasion is that this is an aberration inside a system that has preserved peace and human flourishing since the end of the Second World War.

Since we know that coloniality and white dominance are systems of power, a feminist foreign policy approach can help us reality-check assumptions of the mainstream coverage.

But this analysis privileges the viewpoints of certain types of States. Without diminishing the horror experienced by the people in Ukraine, surely people in Palestine, Sudan and South Sudan, in Yemen, Syria, in Iraq, Afghanistan and Indigenous peoples around the world would beg to differ that the rules-based order has preserved an unparalleled time of peace in their lives. Since we know that coloniality and white dominance are systems of power, a feminist foreign policy approach can help us reality-check assumptions of the mainstream coverage – that a war in Continental Europe is somehow the first indication we had that the international system for the preservation of peace and security isn’t working.

In fact, much of the coverage of the Ukraine crisis makes clear that the international system for upholding peace and prosperity in the West was not designed to produce the same outcomes elsewhere.

How we talk about this crisis matters. Not just to the people of Ukraine and of Russia. But to the people in post-colonial and contested territories around the world and those whose lives have been lived under the effects of Great Power competition. Those people live fully cognisant that the system was never designed to uphold their right to peace and flourishing.

When we grapple with power in this way, we can see that peace in Ukraine cannot be our only goal. It must include systemic transformation of the rules-based order so that it can truly secure peace for all.

Feminist foreign policy approaches also help us link together the personal and the political. Authoritarianism and misogyny go hand in hand. Research has established that gender inequality is a predictor of state conflict, and that free and autonomous feminist movements support democratic flourishing. Targeting women and gender diverse individuals is not just motivated by personal dislike, it is a political strategy to attack the foundations of democracy. This analysis matters, because it means we can recognise the signs of democratic ill-health – backlash on gender equality, targeting of women, gender diverse individuals and LGBTIQA+ people – earlier and prioritise interventions and responses that stand the greatest chance of success. These include investment in autonomous feminist movements, and women-led, Indigenous, LGBTIQA+ and trans-led organisations.

This leads to the specifics of how a feminist foreign policy approach might shape the actions of States when faced with violence and conflict of the type happening in Ukraine.

How Australia responds to Ukraine doesn’t only (or even primarily) affect Australians, it affects Ukrainians.

Within a feminist foreign policy approach, human security is the base unit of national security. Under this framing it is not meaningful to say we have peace when so many women are not safe in their own homes, for example. For this reason, a feminist foreign policy approach requires us to both secure State sovereignty and territorial integrity, and to look beyond those issues to the human costs of violence and secure a turnaround in those circumstances.

In discussion with women from the Global South, it is clear that a feminist foreign policy approach must take a human security lens. Put a different way, how Australia responds to Ukraine doesn’t only (or even primarily) affect Australians, it affects Ukrainians. And, if our goal is to support a return to peace in Ukraine, then in taking action towards that end we need to speak to Ukrainians. We must trust local knowledge. Ukrainians are victims of violence, but they have not lost agency. To truly implement a feminist foreign policy we must connect with the diversity of grassroots voices on the ground, understand the multitude of circumstances faced by people there and their priorities. Equipped with that knowledge, we can then assess our position and power to take action in response.

A feminist foreign policy approach by one, or a handful of countries, will not prevent all use of violence in conflicts. But it does help us see and understand conflicts from multiple standpoints. It does enable us to ask ourselves different questions about the world so that we can avoid recreating hierarchies that produce violence or systems that are designed to exclude some from the benefits of peace. It removes the impetus for foreign policy to be developed as elite policymaking and brings policy closer to the realities of the people who will feel its effects.

All of these are contributors to peace and non-violence, if not today, in a future we can bring about.