Ukraine: The view from Warsaw 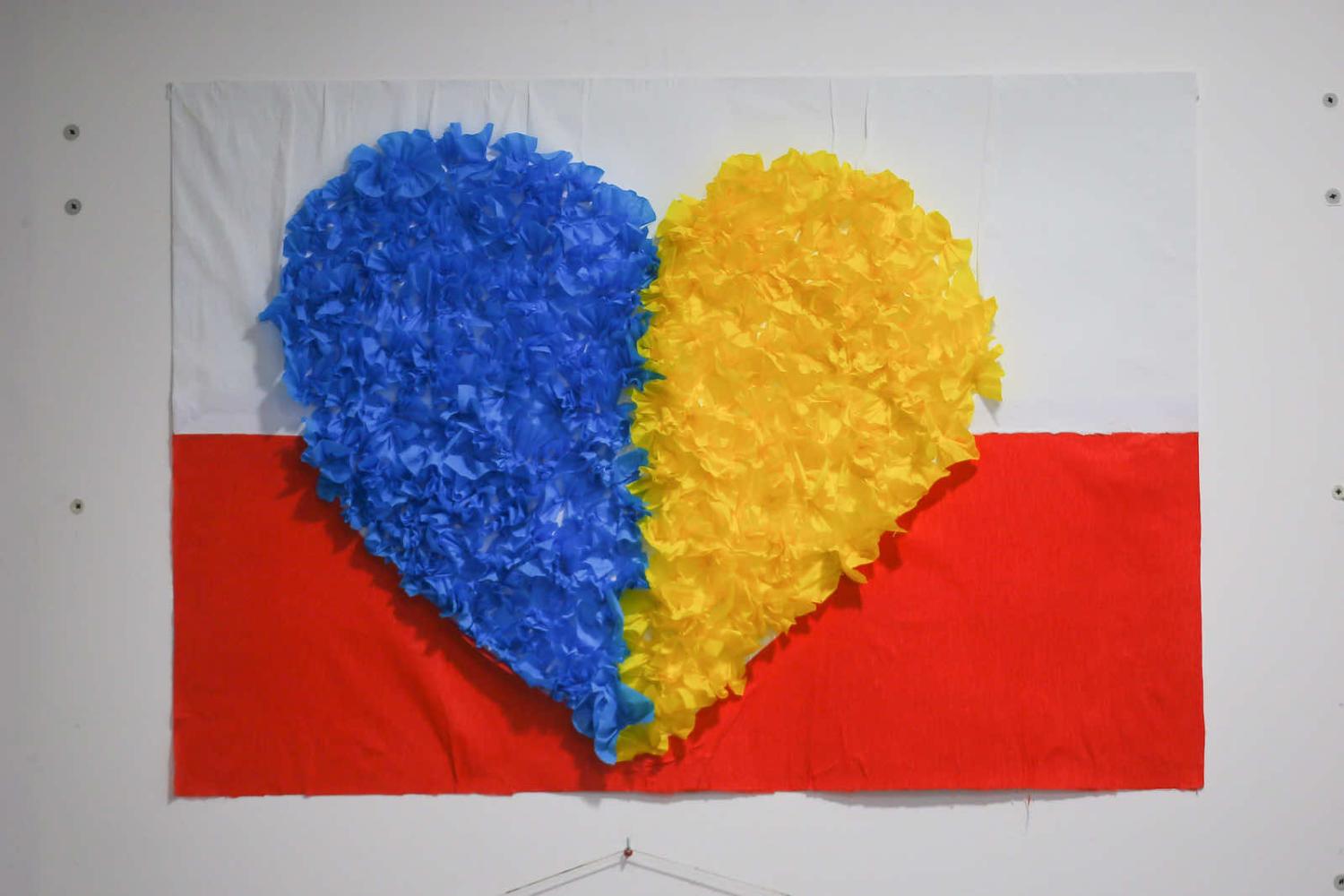 This week I was in Warsaw listening to experts on regional strategy and security. It was clear that Poland sees itself as Ukraine’s champion. Beyond the immediate emergency response following Russia’s invasion, Poland is acting as Ukraine’s advocate in building support both across NATO and EU member states and, crucially, through its relationship with the United States.

Many would be aware that Poland been an important first responder, estimated to have taken in close to 3.5 million refugees and acting as a hub for humanitarian assistance. It’s important to see this in human terms: for example, the person I sat next to on my flight was hosting five Ukrainian refugees while his sister-in-law was hosting eight. As well as welcoming Polish-speaking Ukrainians, who are figuratively (and sometimes literally) family, there is huge sympathy for all Ukrainians as victims of Russian aggression. There is a visceral sense among Poles that “last time this was us”. This support isn’t costless, with Poland’s economy being hit by the war. Yet there is still a strong political consensus to continue to provide support.

Beyond this humanitarian response, Poland has been playing a key role in advocating for Ukraine – perhaps most importantly to the United States. Polish and American experts alike admit that the United States needed some convincing. The US saw the invasion coming and sounded the alarm. But the belief that Ukraine would lose affected the sort of support that the Biden administration considered providing – such as a reluctance to provide high-end weapons in case they fell into Russian hands. Poland sees the Biden administration as having adapted over time, for example in its definition of offensive and defensive weapons. Poland continues to apply pressure on the United States to expand its support.

It may have been an optimistic view, but multiple experts talked of Ukraine potentially pushing Russia back.

This is vital because the view from Warsaw is that the result of the war is still very much to be decided. Russia has not yet been able to defeat the Ukrainian army, occupy its terrain and break Ukraine’s will. The hot war is not over and is seen as moving into a middle phase where Russia recalibrates its strategy (and redefines victory). It may have been an optimistic view, but multiple experts talked of Ukraine potentially pushing Russia back. If so, it could be a long war and one that Poland wants Ukraine to win.

Poland has also been a powerful advocate within NATO and the European Union. Poland sees it as its responsibility to motivate others to mobilise in support of Ukraine, building unity for a Russian strategic defeat.

From NATO experts, I heard again and again that 24 February was a watershed moment that fundamentally upended the European security order by bringing a major land war to Europe. This framing was not preordained; in another sense it is the continuation of an eight-year war.

Poland can take some credit for this view due to its consistent clarity of perspective. It sees Russia as a rogue state that flouts international law and advocates the need to impose strategic costs on Russia, including treating Russia as an international pariah. There is interest in the potential for Poland to prosecute war crimes through its national courts or establish an international special tribunal given that Russia is not a party to the International Criminal Court. This unequivocal framing of the conflict has had a lasting impact on threat perceptions and NATO unity. For example, the old paradigm used to be that NATO would mobilise in event of a crisis. The emerging one is to strengthen national armed forces to be prepared to defend every inch of NATO territory.

There is increasing discussion of “multinationality”, of joint training and learning how to operate together. Poland has been working with the United States on a program to build readiness and interoperability on NATO’s Eastern flank (now Eastern front). As Chief of the Polish Armed Forces General Rajmund Andrzejczak stated, “the house of my neighbours is on fire”. This makes Poland a frontline country. Its job is to convince the rest of the European Union to express understanding, trust and solidarity on the basis that they could one day find themselves in a similar position.

Those involved in European defence report a much greater sense of common security. Certainly, there was a greater sense of a unified “West” that is common in similar discussions in the Indo-Pacific. The conflict was expressed as “us vs them”, “liberal vs illiberal”, and there were irony-free references to the “free world”. (Along with the sense of the United States an indispensable power, it feels quite nostalgic to an Indo-Pacific observer.) The common cause can be seen in increased defence commitments and the announcement that Sweden and Finland have applied to join NATO. I heard Polish Prime Minister Mateusz Morawiecki commit to come to their defence if needed during accession.

What I heard in Warsaw underlines the scale of Russia’s strategic error. Russia clearly didn’t expect the extent of Ukrainian resistance – or the wider effects on European unity and US support. A more unified NATO with greater defence spending and an expanded vision of collective security was not one of Russia’s ambitions. Neither was improved trans-Atlantic relations and US sense of efficacy.

Poland will continue to be an important part of building this common commitment. What I took from Warsaw is how strongly Poland believes that it is its duty to do everything possible to support Ukraine to achieve what Ukraine defines as victory – and the energy it is willing to expend to achieve this. As the Polish Institute of International Affairs Director SŁawomir Debski put it, “we know who we are, we know what we’re fighting for, and we are not lacking in determination.”

Melissa Conley Tyler was in Warsaw as the guest of the Polish Institute of International Affairs to speak at its Strategic Ark Conference.

There is every chance the president will be bolder abroad, in search of wins he believes will help him at home.
Sam Roggeveen 13 Dec 2019 11:00

It is the decline of the traditional parties that destabilises our politics, not burgeoning right-wing populism.
The Interpreter 16 Nov 2018 13:00

As Theresa May fights to survive a bid to break with Europe, two Lowy Institute podcasts assess the consequences.