The drone strike on Qasem Soleimani was unlawful, the report finds, but weak analysis undercuts its conclusion. 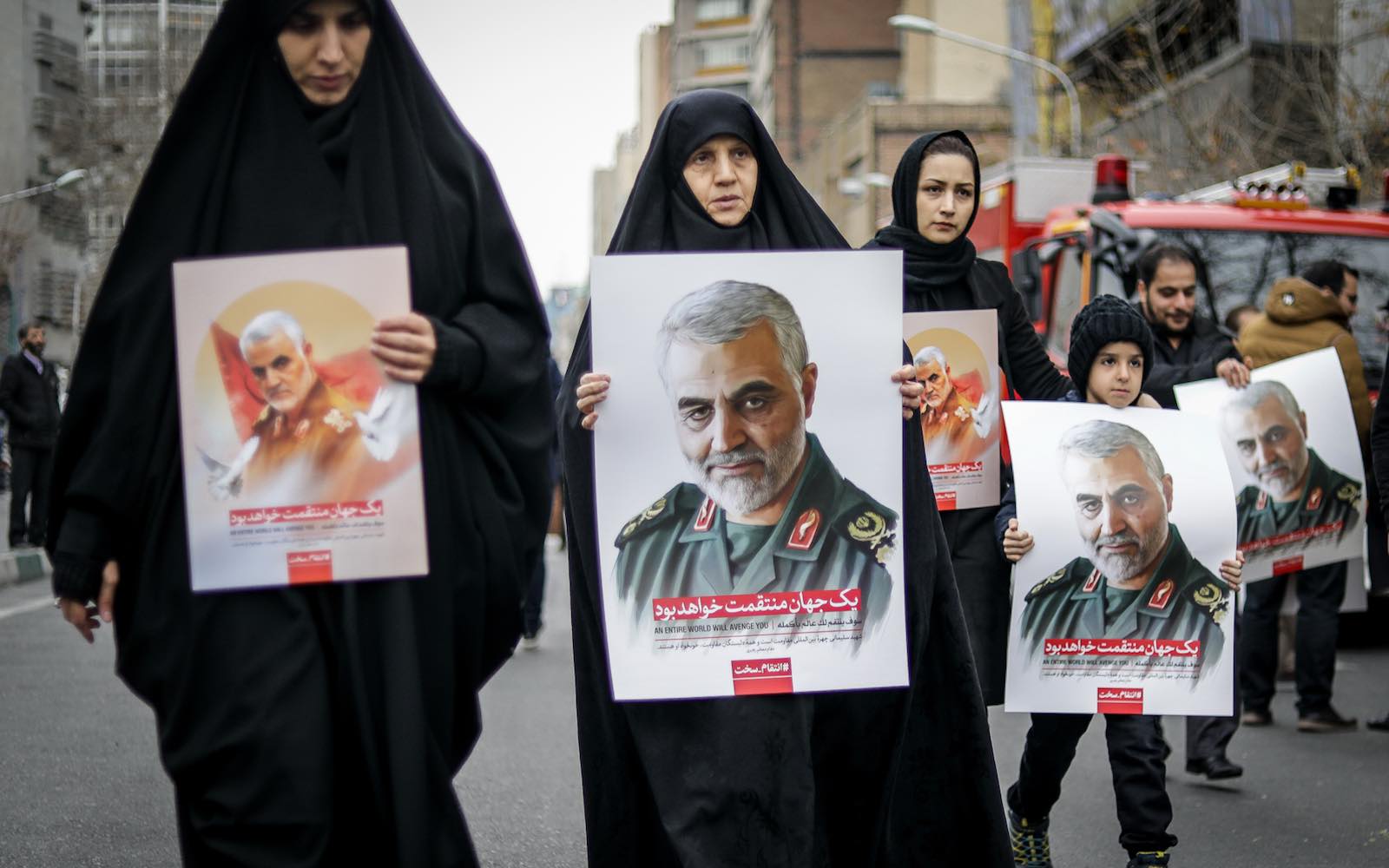 In the early hours of 3 January 2020, missiles fired from US drones killed ten people near Baghdad airport. Drone strikes by the US are almost commonplace these days, but what made this particular strike noteworthy was its target: General Qasem Soleimani, commander of Iran's Quds Force, a unit of the Islamic Revolutionary Guard Corps and part of the armed forces of Iran. The others killed were Iraqi and Iranian members of his entourage.

The US immediately issued a press release claiming that Soleimani was “actively developing plans” to attack American diplomats and armed forces in Iraq and elsewhere in the region. He was responsible, the US said, for a number of recent attacks in Iraq that had killed hundreds and injured thousands of US and coalition forces. There had been about a dozen of these attacks over the previous two months, all by “Iranian proxy forces” such as Kataib Hezbollah, an Iraqi militia known to have close ties to the Quds force.

According to the US, Soleimani had orchestrated or approved all these attacks. Killing him was both “defensive” and “aimed at deterring future Iranian attack plans”. Particularly when read together with the Pentagon statement of the previous week, it is clear that the US was pleading self-defence, both in response to past attacks and to deter future attacks.

Contrary to the conclusions of the Special Rapporteur, it is at least arguable that the US was indeed responding to an armed attack.

With the recent publication of a report by the UN Human Rights Council’s Special Rapporteur on extrajudicial, summary or arbitrary executions, the claim of self-defence has come under scrutiny. The report examines the legality of targeted killings by armed drones, with the Soleimani killing as a case study, and concludes that the killing was unlawful.

The UN report acknowledges but also dismisses these divergent views. It is, after all, written by a human rights expert for a human rights body, so one would expect it to be heavily focused on advocating the protection of human rights. Even allowing for this predisposition, it is difficult to accept some of the reasoning and conclusions in the report. Its overall persuasiveness is undermined by a disturbing lack of accuracy and academic rigour. It purports to be a legal analysis of the killing, but many of the sources cited as authority for the relevant law are blogs, which even if written by eminent authors are essentially opinion pieces, and no substitute for primary sources of the law. Similarly, in one instance the authority cited for a fundamental rule of international law is the Washington Post. A quotation from a UK judgment is referenced without noting that the point in question was overruled on appeal. “General Comments” published by the Human Rights Committee are cited as law when they are hotly contested by states and not binding anyway.

These are just a few of the report’s many shortcomings. The report is currently only available in its “advanced unedited” version, and it is to be hoped that the final version fixes these problems. The conclusions, however, will not change; within hours of the Soleimani attack, the Special Rapporteur had denounced it as unlawful on Twitter.

#Iraq: The targeted killings of Qasem Soleiman and Abu Mahdi Al-Muhandis are most lokely unlawful and violate international human rights law: Outside the context of active hostilities, the use of drones or other means for targeted killing is almost never likely to be legal (1)

Space does not permit a full account of the report and its (not particularly convincing) analyses and conclusions.  Suffice to say that it found the killing was not subject to IHL because there was no armed conflict, and that under IHRL, which did apply, it was a violation of Soleimani’s right to life.

As to the jus ad bellum, to justify the use of force in self-defence, a state must show that it is responding proportionately to an armed attack. Contrary to the conclusions of the Special Rapporteur, it is at least arguable that the US was indeed responding to an armed attack. There is a respectable argument that a state can treat a series of individual attacks, as here, as one long continuing attack, so that responding at any time is neither unlawful retaliation for past attacks nor unlawful pre-emptive action against some possible future attack. The attacks were, according to the US, carried out by an Iraqi militia directed by the Iranian armed forces; if so, Iran was, in law, the attacker, and defensive action could be taken against it.

A complication is that the killing took place in Iraq and, judging by its complaints afterwards, without its consent. However, this is not fatal to a plea of self-defence: it is well-established that if Iraq failed to prevent its territory being used for attacks by Iran against the US, the US was entitled to respond in self-defence – against Iran, but on Iraqi territory.

The success of these arguments will obviously turn on detailed facts, such as what intelligence the US had on Soleimani’s relationship with Kataib Hezbollah, and on planned future attacks. As time goes on, we might learn of evidence that supports or weakens the legal justification of the US for its actions. Until then, the legal position deserves a better analysis than that contained in the UN report.

Show Comments
Previous Article
What’s the secret to Southeast Asia’s Covid success stories?
Next Article
On China, the US speaks loudly but carries no stick