There needs to be better recognition of the risks involved in not disarming North Korea. 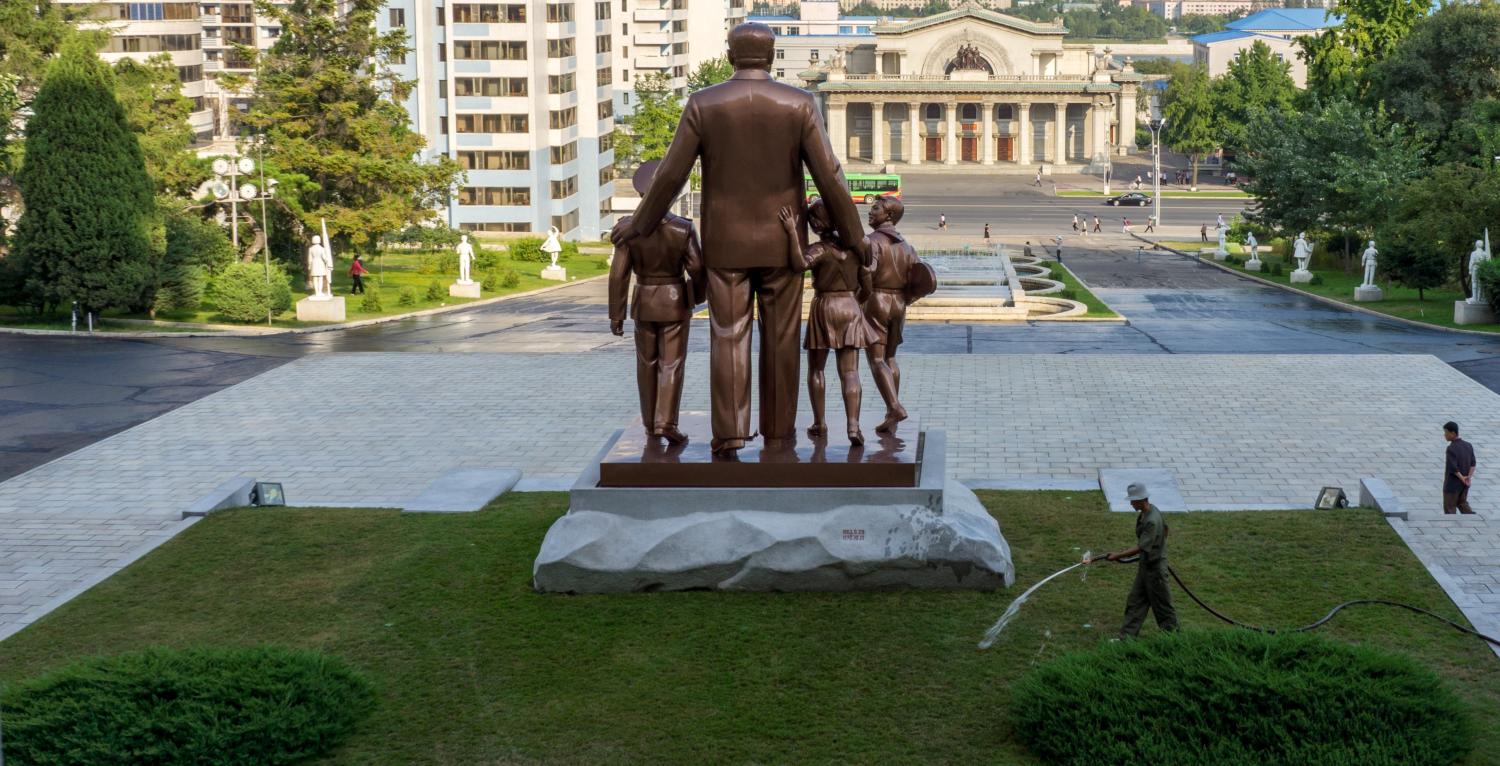 The crisis on the Korean Peninsula has for the first time introduced an element of confusion over the strategic goal pursued by the US and its allies in dealing with North Korea.

The stated US goal over the last three decades has been to prevent the DPRK from achieving any nuclear-weapons capability. Now it appears Kim Jong-un's regime does have nuclear-weapons capability and possibly the means to hit the continental US, and some are arguing that the goal, not the strategy, needs to change. We should now learn to live with a nuclear-armed North Korea as we learned to live with a nuclear China. A continued mix of diplomacy and sanctions, it is assumed, will allow us to do that. This approach, however, clearly has not prevented North Korea from acquiring nuclear weapons, and is even less likely to work now that Pyongyang’s objective of becoming a nuclear state has been achieved.

It is premature to abruptly change strategic goals without considering an alternative disarmament strategy, and a dangerous signal to send to Pyongyang and Beijing. It basically says North Korea's strategic goal has been achieved while admitting the US goal is lost. But successive US administrations have steadfastly maintained that a nuclear-armed North Korea is unacceptable, and denying Pyongyang nuclear status remains as compelling a goal today as it has ever been, if not more so.

Those advocating acceptance of North Korea as a nuclear state look to containment and deterrence as the means of reducing the risk of conflict on the Peninsula. But while this may reduce the risk of conflict in the short term, acceptance and further patience does not eliminate risk; it merely makes some risks less likely while making others more likely, in addition to potentially introducing new, previously unconsidered risks. So while the high stakes involved in disarming Kim’s regime are clear, there needs also to be better recognition of the risks involved in not disarming North Korea. Then we can judge which risks and outcomes are more or less unacceptable.

The argument supporting acceptance over resistance is based firstly on the terrible price a military conflict would impose, and secondly on the failure so far to spoil North Korea's nuclear ambitions through diplomacy and sanctions. These two tactics obviously have failed, and there is nothing to indicate that they can work now, at least not without being made part of a broader, qualitatively different, approach.

As horrifying as the idea of war with North Korea is, the cost of a North Korean attack is a risk rather than a certainty and needs to be considered in comparison with the risks of accepting a nuclear North Korea. Among the risks that have long motivated staunch opposition to Pyongyang entering the nuclear club are the following, all of which very likely could lead to even more difficult choices and far more tragic outcomes in the future:

These are the known risks that have driven the 'resistance' policy to date, and they still exist. And changing objectives now to 'acceptance' of North Korea's nuclear deterrent will likely invite further strategic and tactical disadvantage without precluding the possibility of a war still being fought at some point. Acceptance of North Korea's nuclear capability is, in other words, a dangerous compromise offering only limited prospects for peace in the short term and an increased risk of further instability and thus also conflict in the future.

What much of the existing debate seems to overlook is that the key to disarming Kim’s regime is to convincingly demonstrate that nuclear weapons make North Korea, and Kim in particular, less rather than more secure. Sanctions and diplomacy alone have not and will not achieve this shift in Kim’s strategic thinking. As a tactic for compelling behavioural change, sanctions have a poor record, mainly because they are notoriously difficult to implement, particularly against Pyongyang since Beijing has little incentive to weaken North Korea to a point where Kim may reverse course (or where the regime might collapse). Moreover, North Korea's strategic value to China is significantly enhanced when Pyongyang has nuclear weapons, making China an unreliable partner in any future effort to stop or reverse North Korea's nuclear program.

A clear and credible military dimension thus must be added to sanctions and diplomacy, and it must be capable of demonstrating potential costs in a way that will overcome the damage past policies have done to US and allied deterrence credibility in Asia. And the only cost that seems certainly unacceptable to Kim is the fall of his regime. The price of Kim failing to disarm must, therefore, be the only price he is unwilling to pay. But the costs must be accompanied with equally compelling incentives for change, benefits that, when juxtaposed with the costs, create a choice with only one rational option.

Since there is strong reason to believe Kim is rational and strategic in his thinking, and that his strategic goal is the Kim dynasty’s long term survival, there is strong reason to believe the DPRK won't retaliate to a limited, non-nuclear US strike, because any retaliation by Pyongyang on the US or its allies would certainly lead to an abrupt escalation and thus the end of both Kim and North Korea. And why would Beijing risk escalation, given its strong interest in keeping North Korea intact? Indeed, for Beijing the only prospect worse than a North Korea coerced by the US into giving up its nukes is no North Korea.

For Kim to respond to limited US strikes and/or the shooting down of its missiles by shelling Seoul or firing missiles at Tokyo or Guam, therefore, would be a decidedly irrational act that a rational decision-maker pursuing survival would never choose, given the consequences. Kim’s stated first choice, in other words, is the one he can’t make.

Thus, in response to the prospect of a series of limited military strikes on North Korea’s launch sites, nuclear facilities, and command and control centers – which are carefully framed and presented as actions aimed not at regime change but only at denuclearisation – Kim ultimately has two choices: retaliate and face the certain demise of his regime and also North Korea; or start negotiations on giving up North Korea’s nuclear weapons in return for security guarantees and benefits including US recognition and normalised relations, a peace treaty, and development assistance. The first choice Kim cannot take if he wants to survive, making the second much more attractive, if not compelling.

Kim, however, still may choose to retaliate, even if it means the end of his regime. But if that is the case, it will confirm that he is not rational, at least not in a way that allows for reasonable compromise and negotiation. Furthermore, a North Korean attack against Seoul or elsewhere would confirm just how big a threat a nuclear North Korea will be in the not so distant future. Confronting this now rather than waiting for North Korea to grow more capable is a very dangerous option, but so is accepting a nuclear-armed regime in Pyongyang and hoping it can be contained and deterred. 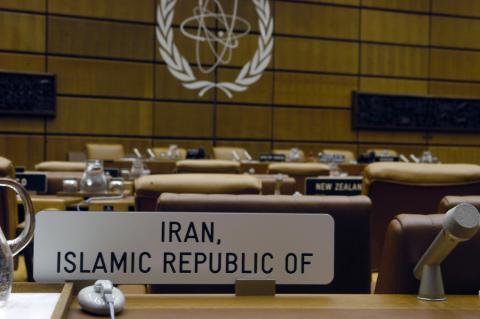 Previous Article
What the US would need to deter China
Next Article
Trump’s Afghanistan strategy: Second and third legs need attention

A rising China and the future of the “Blue Pacific”

Mistaken assumptions about Indian history is leading to profound misunderstandings about its foreign policy priorities.