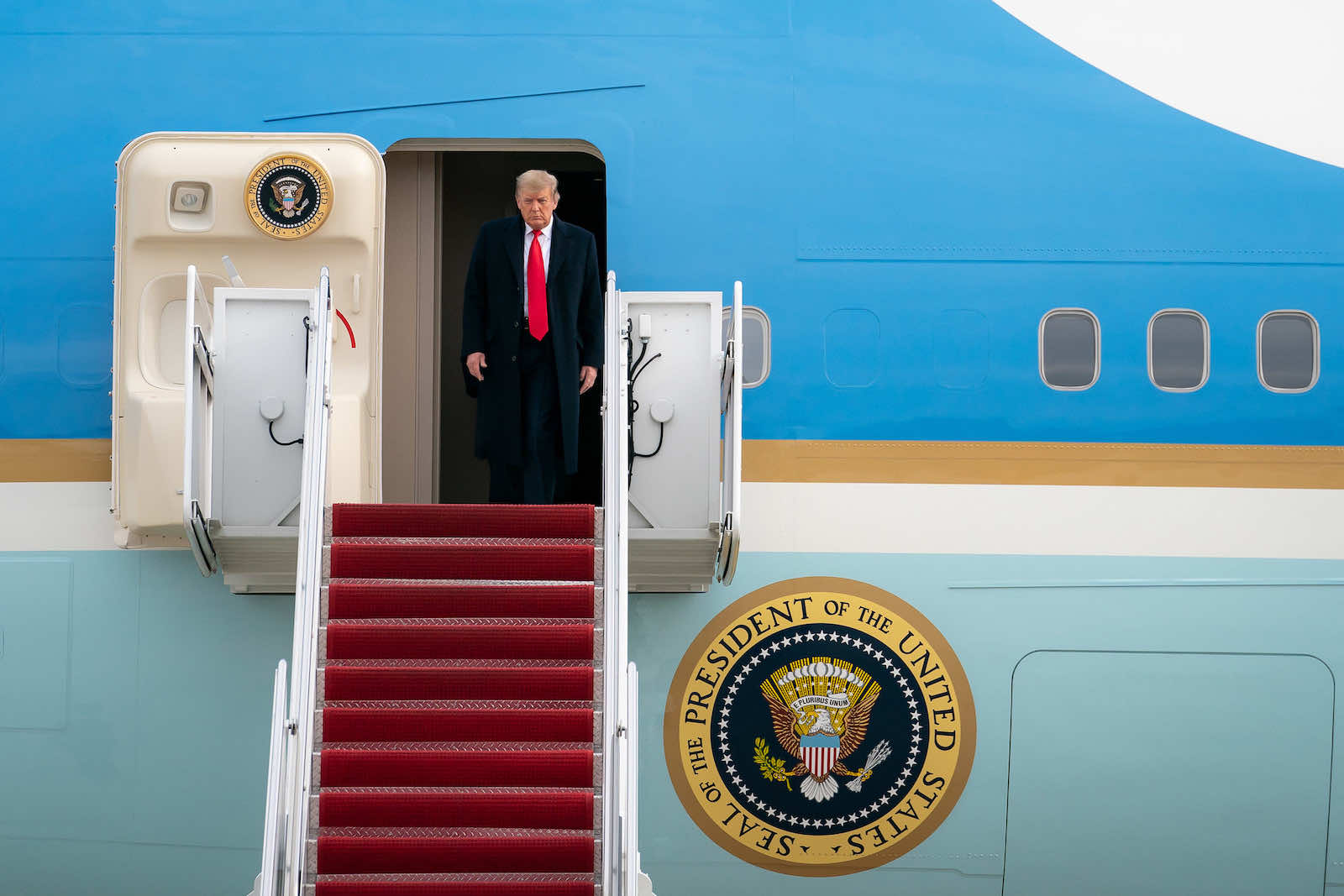 Even after Donald Trump left the White House he has continued as a gatekeeper for the Republican Party (Trump White House Archive/Flickr)
Published 6 May 2022 10:00   0 Comments       Follow @erinehurley 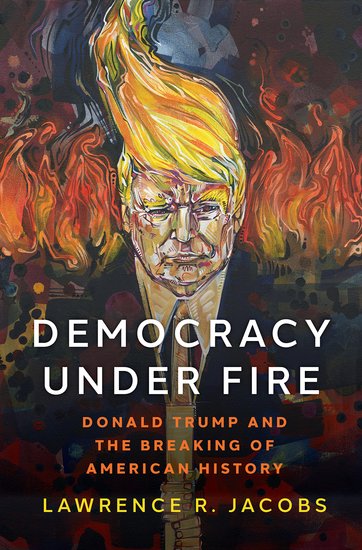 Joe Biden demonstrated in the 2020 presidential campaign that it’s still possible to build an electoral coalition on an appeal to shared values. But Americans’ belief in a shared future appears to have dissipated, and most of the Republican candidates running in the 2022 midterm elections seek electoral viability by clinging to Donald Trump and claiming that the 2020 election was stolen.

In a recent article, New York Times reporters Jonathan Martin and Alexander Burns described a brief window of time, around the 6 January attack on the Capitol, when the top Republicans in Congress told colleagues that Trump was “responsible for inciting the deadly riot and vowed to drive him from politics”.

In the days that followed, those leaders, fearful of Trump’s popularity with their supporters, made a different choice. Their decision to do nothing provided a politically weakened Trump with the lifeline he needed to stay in office, recover, and continue even after he left the White House as gatekeeper for the Republican Party.

If we remove the noise and personalities of the moment, we can see, in this example, clear structural problems in the American political system: Why is there no political incentive for elites to elevate country above party? Wasn’t the American political system specifically designed to restrain demagogues and the excess of democracy that produces them? How was a norm-breaking embarrassment of a candidate able to achieve a takeover of a party that initially rejected him?

The political scientist Larry Jacobs provides an answer to these questions in his new book, Democracy Under Fire: Donald Trump and the Breaking of American History. The book is distinguished from the many other tomes filling the shelves about the Trump era for two reasons. First, it isn’t really about Trump, it’s about key moments in American history that made the rise of a candidate like him possible. Second, Jacobs’s analysis of what ails American democracy is focused on restraining political elites versus changing partisan and/or disengaged citizens.

Jacobs reviews four critical junctures in the development of American democratic rules and procedures. He begins with James Madison’s strategic manoeuvring during the Constitutional Convention of 1787 and the formative contributions of Thomas Jefferson and Andrew Jackson. Jacobs then explains Progressive Era political clashes (1880s–1920s) as the precursor to the Democratic Party reforms in 1969–70 that established the existing presidential primary nomination system.

Jacobs’s main argument focuses on the ill effects of the primary process. He acknowledges the existence of well-intentioned political reformers who view primaries as an opportunity to shift power from party bosses to the people. But the historical record reveals that, for the most part, the political elites responsible for these reforms were motivated by their own short-term electoral interests, and the appeals focused on popular consent over elite selection were strategic versus authentic.

The existence of politicians advancing self-serving reforms in the name of “the people” will be neither surprising nor particularly disturbing to many. But Jacobs challenges readers to consider what the current system has wrought.

First, the sheer number and frequency of elections at the local, state and national level discourages active participation. Voter turnout in primary contests is very low (percentages vary, but are around 12–15 per cent). As a result, campaigns focus on a discrete pool of frequent voters, activists and donors who are more partisan and ideologically extreme than general election voters.

Candidates win primary contests by appealing to narrow factions of the electorate who extract policy commitments from those candidates. These policy commitments typically fall far afield from the preferences of most Americans who hold comparatively moderate views and value compromise. (If the candidates don’t follow through on those promises, they’re likely to face a primary opponent in the next election.)

Assuming those candidates face a formidable opponent in the general election (i.e., they are not running in a district that has been gerrymandered in favour of one party), they now contort themselves into a moderate versus a partisan to attract swing/independent voters. This dynamic is not particularly sinister – Jacobs refers to it as deception – but it’s no way to run a country.

Jacobs is persuasive in shifting a good deal of the blame, and the potential for recovery, from citizens to the political elites responsible for the rules and procedures of democracy.

Jacobs spent four years writing this book, and his diagnosis of America’s political system is illuminating, but he doesn’t have the answer. Ideally, American political parties would be strong and principled and filter out anti-democratic candidates at the nomination stage. But which political elites could be persuaded to lead this effort, and how would they persuade voters to accept the return of power to a party system that’s been billed as corrupt for two hundred years?

Jacobs makes some reform suggestions, such as increasing the number of unpledged delegates in the presidential nominating contest, and offers his expert opinion on what type of institutional reform is unlikely to work. This alone is a useful contribution given how crowded the fix-American-democracy space has become. For example, there are calls to abolish the Electoral College, create more political parties, institute rank choice voting, and make voting mandatory.

Most of these solutions are attractive, but the odds of adoption are long, and it’s difficult to commit one’s hopes or time and energy to one over the other if proponents cannot promise that their fix will guarantee America avoids the imminent threat: Trump 2024.

The authoritarian impulses of American voters remain a concern, as do the forces that feed their discontent. But Jacobs is persuasive in shifting a good deal of the blame, and the potential for recovery, from citizens to the political elites responsible for the rules and procedures of democracy. This is, after all, their full-time job.

Show Comments
Previous Article
Australia can stand up for the Afghan people, and the time is now
Next Article
Iran applies its own maximum pressure in nuclear talks