An unwelcome wake up call

A story of spies and deception and the deadly consequences of crossing a tiny nation in the heart of Africa. 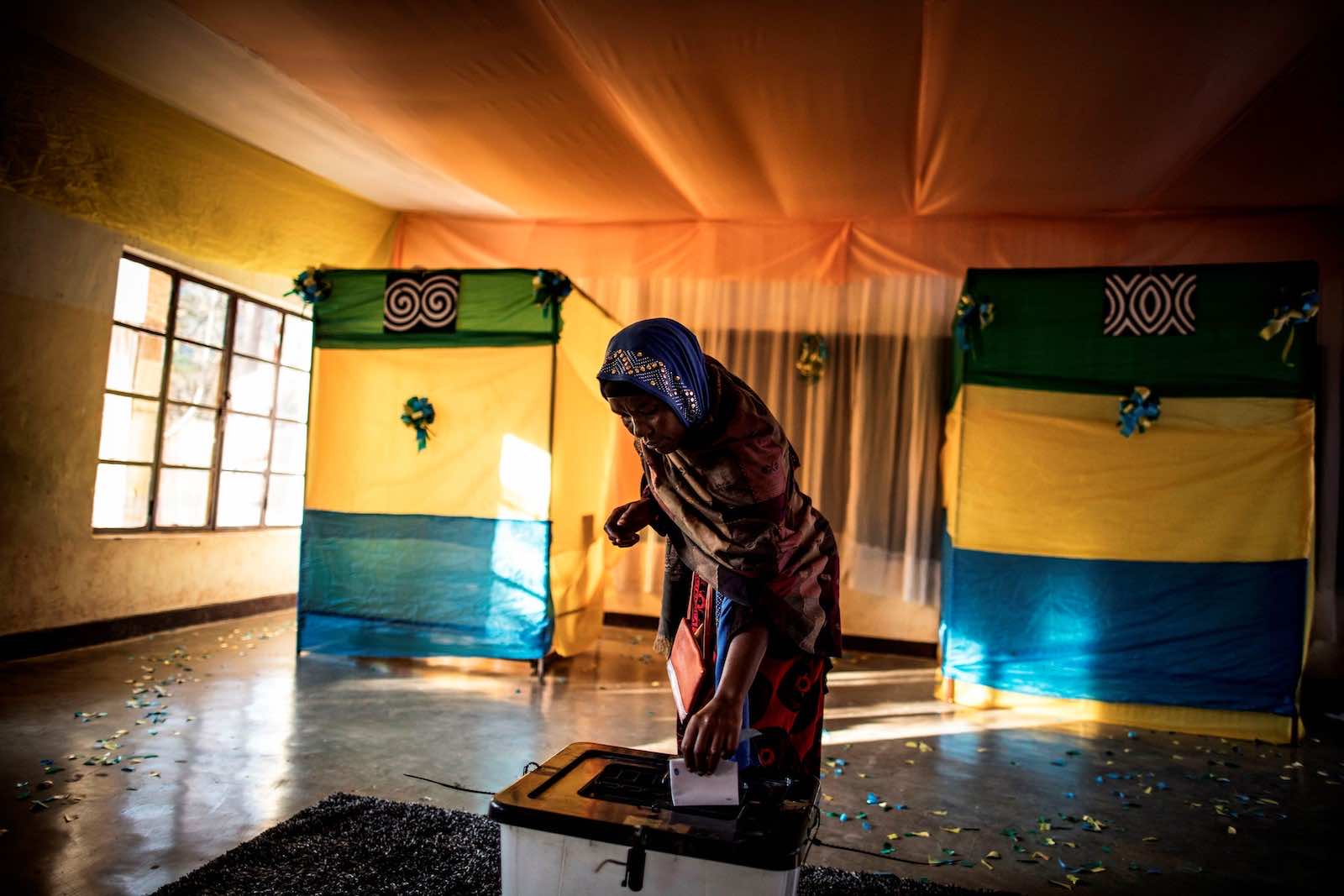 Australia’s chief spy-catcher revealed in March that a “nest” of foreign agents had infiltrated the community – chasing secrets, cultivating local politicians, and monitoring “their country’s diaspora”.

But before anyone could cry “China”, the ASIO boss was quick to add that this particular influence operation had emanated “not from a country in our region”.

“And no, I’m not going to name the country,” he went on to say. “That would be an unnecessary distraction.”

So which country could it be? Russia, perhaps? Iran? Either seems a potential culprit.

So too does Rwanda.

One Sydney-based member of the Rwandan community this month flagged he would take a case to the United Nations over allegations his two brothers in Rwanda had disappeared.

The tiny African nation might appear an unlikely member of an axis of espionage, far distant from Australia, and suffering as it has from the aftermath of the 1994 genocide. But a compelling new book by author and journalist Michela Wrong, Do Not Disturb: The Story of a Political Murder and an African Regime Gone Bad, sets out to explain the authoritarian nature of Rwanda’s government and the deadly consequences felt across the world for those defying the regime.

And while ASIO will neither confirm nor deny the perpetrator in the latest case, Australia has already heard allegations about Rwanda’s willingness to reach abroad and meddle. An ABC News investigation in 2019 found Rwandan “spies” had been sent to harass Rwandan migrants living in Queensland, “silencing critics and suppressing support for opposition parties”. One Sydney-based member of the Rwandan community this month flagged that he would take a case to the United Nations over allegations his two brothers in Rwanda had disappeared after he told the media about being approached in Australia to become an agent of influence – a claim Rwandan authorities have denied. Complaints have also recently aired in the United Kingdom about Rwandan communities being forced to pledge an oath of loyalty or risk having relatives threatened at home – again, claims Rwanda has denied.

“This is a country of 12 million people,” Wrong tells me in an interview from London, “whose government simply will not leave any stone unturned in terms of trying to reach out and either silence, intimidate, undermine or sabotage enemies abroad. It’s extraordinary.”

Wrong’s book focuses on more alarming allegations against Rwanda that earlier emerged in South Africa, about death squads dispatched to kill political dissidents abroad. It offers a vision of the country that is very much at odds with Rwanda’s international reputation as a Switzerland or a Singapore in the heart of Africa, crafted around ideals of reconciliation, progress and successful development. Wrong paints a regime with a ruthless record – paranoid, brazen and violent, where former-guerrilla-now-president Paul Kagame has effectively been in control for 27 years, snaring elections with more than 90 per cent of the vote, stoking conflict in neighbouring countries and hoovering up resources.

Rwanda’s rebuilt and now thoroughly ordered modern capital had been set this month to host a summit of the 54 leaders from the Commonwealth group of nations, only for the meeting to be postponed for a second time following a global spike in Covid-19 cases. A new date is yet to be fixed. But Wrong believes Rwanda’s human rights record should have disqualified Kigali from the hosting rights altogether:

It was a bad choice. It shouldn’t have been chosen. And it is ironic because I was looking at the list of countries that attend most Commonwealth meetings – the UK, Australia, Canada, Kenya, Uganda and South Africa, all Commonwealth countries with much longer membership than Rwanda – and they’ve all had occasions to warn members of the Rwandan diaspora living on their soil that they’re in danger from the Rwandan state.

Wrong’s book begins with the grisly assassination of former Rwandan intelligence chief Patrick Karegeya on New Year’s Eve 2013 while he was staying at a hotel in Johannesburg, South Africa, the title of her book taken from the “do not disturb” sign the killers hung on the door to the room. Karegeya and Kagame had been comrades in the fight to overthrow the former Rwandan regime, which had stoked deadly ethnic tensions between Hutus and Tutsis ahead of the genocide. But the two men fell out after Kagame became president in 2000, with Karegeya fleeing the country and founding an opposition coalition. After years of complaints that Karegeya’s killing had been brushed aside, in 2019 South Africa issued arrest warrants for two men said to be linked “directly” to the Rwandan government and implicated in his death.

Human Rights Watch has criticised the international threats by the Rwandan regime; all the while Kagame has dismissed “lectures from anybody”.

In an earlier case Wrong details in the book, Rwanda’s former military chief Kayumba Nyamwasa, another Kagame close-confidant-turned-rival, was also targeted in a failed plot in South Africa. A magistrate found the attack was politically motivated by “a certain group of people from Rwanda”. Attackers later tried to kill Nyamwasa again and three Rwandan diplomats were subsequently expelled from South Africa.

The list of allegations runs long. Human Rights Watch has criticised the international threats by the Rwandan regime; all the while Kagame has dismissed “lectures from anybody”. In a more recent plot twist, another exile, Paul Rusesabagina, the man who inspired the famous “Hotel Rwanda” story featured as a Hollywood film, was tricked last August into believing he was on a flight bound for Burundi, only to be shunted to neighbouring Rwanda where he now faces charges of terrorism.

Rusesabagina had been credited with sheltering as many as 1200 people from the killers during the genocide. News of his arrest broke as Wrong was finishing the research for the book, but she has since watched the trial unfold:

We’re getting a lot of interesting insights into how the Rwandan intelligence machinery works ­– the use it makes of decoys and informants and entrapment, in particular, and the length that it goes to catch people.

“We all fall into traps of simplifying history. And the genocide has been used as a sort of guilt card.”

Wrong tells me democratic countries have not held the Rwandan regime to account, allowing past failings at the time of the genocide to obscure the brutal practices of the regime today.

We all fall into traps of simplifying history. And the genocide has been used as a sort of guilt card, which is thrown onto the table whenever Rwanda comes up, whenever Kagame is criticised for his human rights record, his conduct of the elections, or for his adventurism into neighbouring states.

That card is thrown down. ‘Where were you when we were being massacred? Where were you when we were being slaughtered? The UN didn’t do anything to defend the Tutsi minority.’ And if you talk to former members of the regime, they’ll say that it has very knowingly used [that card] as a tool to ensure any criticism is immediately deflected. A kind of ‘How dare you take the moral high ground, given your behaviour during the genocide?’

I’m one of the many people who think that the West did behave appallingly. But that’s no excuse for what happens today.

Wrong’s book is pointedly the story of Rwanda’s dissidents and Kagame’s opponents. Critics have seized on this approach in a bid to discredit her work. Wrong says she deliberately eschewed the type of journalism that relies on gathering evidence, putting the allegations and presenting both sides, believing the Rwandan state has had plenty of opportunities to amplify its message.

That’s the choice I made. I could have gone to Rwanda for one last trip and done exactly what you’ve described. It would have been a pretty fruitless trip, because I would have been asking Kagame why he ordered the assassination of his best friend and the attempted assassination of the godfather to one of his children. So I don’t think that that interview would have lasted very long. I’d have been shown the door and accompanied to the airport soon after.

I chose not to do that because I must admit you begin to think, what is the value of that kind of journalism? We’ve had those questions raised during the Trump era, where Donald Trump says something outrageous, and then it’s like, do you report that and then the other side of things?

Kagame has been given lots and lots of opportunities to put his side over the years. And this was me giving the other side, his former colleagues saying, you know, it’s not as great as it looks and there are a lot of dirty secrets hidden under the stones. I think that’s a very valid exercise. 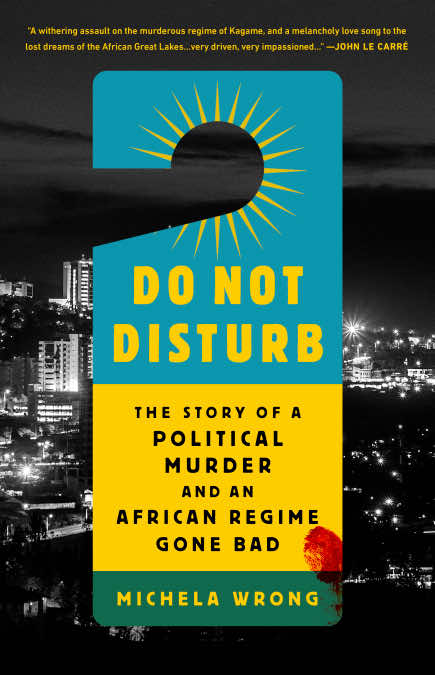 Rwanda seemed an unlikely member of the Commonwealth group of nations when it joined in 2009, having once been under Belgian rule and never part of the sprawling British empire. Even then, a report by the Commonwealth Human Rights Initiative had raised concerns about Rwanda’s suitability as a member.

The Kigali meeting has now been twice postponed. Wrong believes the Commonwealth faces an awkward choice – whether to try to gather leaders in Rwanda again, even in the face of criticism of Kagame and the challenges of the pandemic, or abandon the idea altogether in favour of a “virtual summit” at the risk of angering Rwanda and reducing what influence it has in the country.

But should the Kigali meeting ever go ahead, and for the values declared in the Commonwealth Charter to have meaning, Wrong would like to see members take the chance to press the need for international peace and security, tolerance, respect and understanding.

I’ve been talking recently to Victoire Ingabire Umuhoza, head of one of the only credible opposition movements. She was jailed for eight years in Rwanda [in 2010] and is now living in Kigali, but she can’t mobilise, she can’t meet her supporters. She can’t do what you normally do if you’re running a political party.

And she’s been writing to the Commonwealth Secretary-General Baroness Patricia Scotland and just saying … all the foreign government ministers and foreign leaders could raise these issues with the Rwandan side ­– the violation of human rights, the rigged elections, the repression and intimidation of political activists, civil society and journalists. ‘Can you at least have some feisty discussions with the Rwandan leadership?’ And that seems to be the bare minimum that the people turning up for that meeting could be doing.