An upbeat mood in Buka as Bougainville waits for a result

With civic joy fuelled by nothing stronger than coconuts and Coca-Cola, the independence ballot is only the first step. 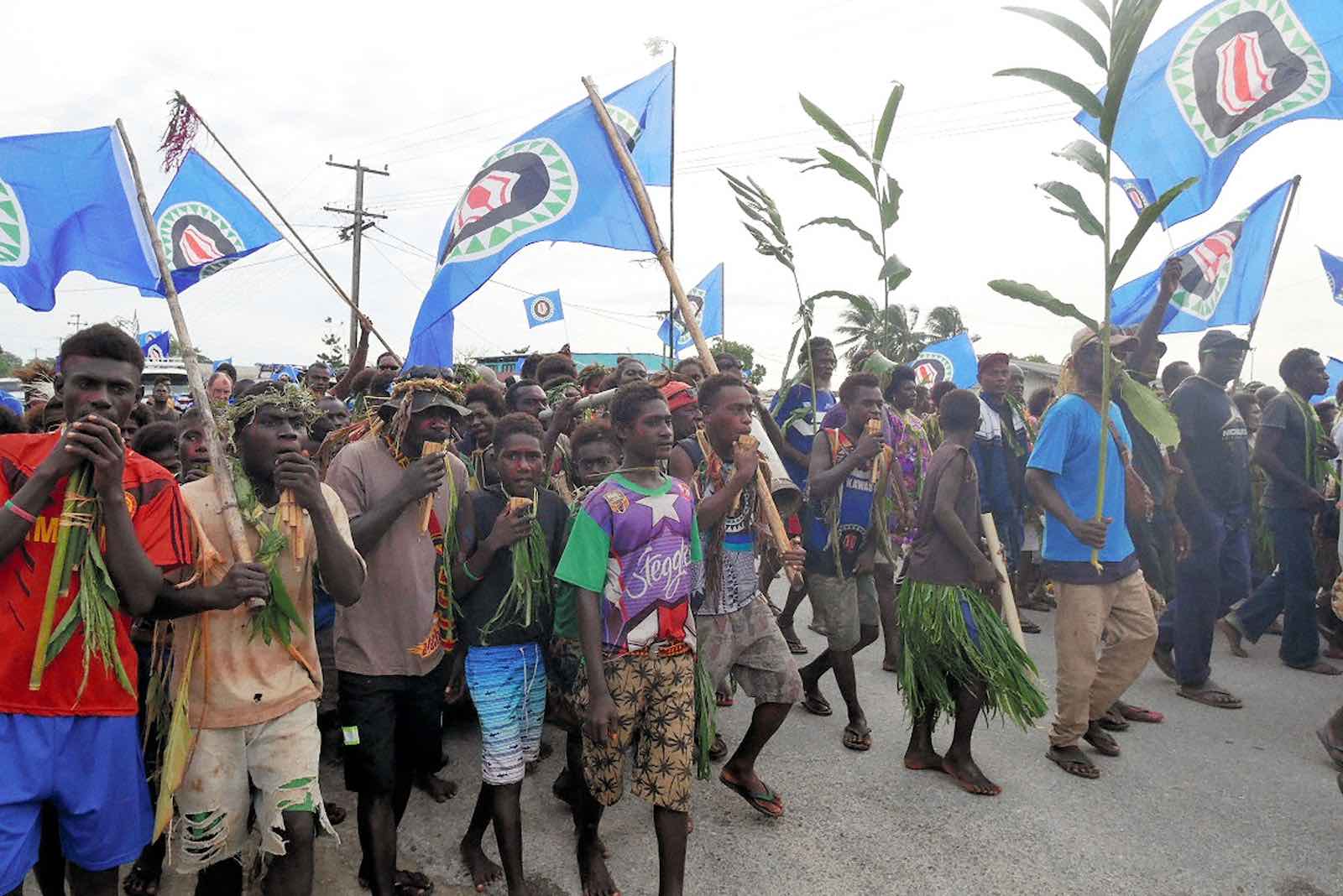 “Joyous” and “excited” aren’t the first adjectives I normally reach for to describe Buka town, but they are the ones that best encompass the mood here these referendum days.

Buka is the administrative capital of the Autonomous Region of Bougainville and centre of operations of the two-week referendum on the Region’s future political status that runs until Saturday. The choice before voters is between an enhanced version of the current autonomy arrangements or independence. The referendum is a centrepiece of the 2001 Bougainville Peace Agreement, which ended the longest-running conflict in the Pacific since the Second World War.

The referendum is not a determining vote. As per the Peace Agreement, the parliament of Papua New Guinea has final decision-making authority on Bougainville’s political future. The PNG Constitution, which entrenches the Peace Agreement, provides that after the referendum, the two governments must “consult over the results”. What “consultation” means in practice – and, importantly, how long it will take – is far from certain.

“No matter what the result, we’ll have our sweet potato and smoked fish,” said John.

But such questions are preoccupying few during the vote. For the last week, Buka has been enjoying its place in the sun. Bougainvilleans patiently queue up at polling booths, and crowds cheer when convoys of cars and flotillas of boats carrying ballot boxes from rural areas for storage arrive. An already iffy mobile network creaks further still with the weight of people sharing pictures of themselves voting.

People are relishing the uptick of attention on their islands with a small influx of international observers and media. “So many journalists in Buka last week”, said John from South Bougainville, whom I met outside Buka market nibbling on some smoked fish. “I do hope the BBC comes in for the result.”

John is one of many in Buka who bears the distinctive black ink on their right pinkie finger which indicates that they have voted. According to the Bougainville Referendum Commission, which is organising the poll, 99% of polling is completed.

Visible everywhere is the Bougainville flag: the upe, a hat of tightly wound straw used in male initiation ceremonies, against a backdrop of cobalt blue. The flag flies on lampposts, on the stumps of trees, from the backs of cars, at the trade stores. It is worn on vibrant acrylic t-shirts with appellations like “Black Power” inscribed onto earrings and necklaces and stuck onto the front of sunglasses in positions so prominent as to half-blind the wearer. On Sunday, I drove out of Buka town to places elsewhere on the island where, so limited is the reach of the government, Bougainvilleans are effectively going about their lives autonomously and independently already. A flag flew from every house.

This civic joy is fuelled by nothing stronger than coconuts and Coca-Cola. Anyone looking for a beer, wine, rasping “Namba Wan” whiskey, or even swig of home brew these referendum days is out of luck. A booze ban is in place and observed by all – an incredible indication of what can be regulated and enforced in Bougainville if there is community support. By way of contrast, the cash-strapped Bougainville government has struggled for years to get the handful of wholesalers of beer and cigarettes to collect a modest levy on their behalf.

As a place, Buka would fill only a small paragraph in a tourist guide. It has a port, an aromatic copra mill, about ten beer stores, a market with a red shingle roof, a handful of hotels, a tasty pizzeria run by the nuns, an equally fine bakery and meat pie shop, a supermarket, and some Chinese-run stores with quirky names like “Boots Camp”, “Happy Sounds”, and “New Household Supermarket”, which sell everything from face cream that purports to lighten the skin to a dazzling array of tinned meats. The 14 departments of the autonomous government are located there along with the region’s parliament, the House of Representatives, perched atop the hill a little stretch out of town.

Buka’s population is a few thousand, which swells during the day. Women come with fruit and vegetables at the market, but many come to loll around the main drag. These walkers up and downers are known by the shorthand of the “lost generation”: they were denied an education during the conflict and its aftermath. Few have jobs or obvious hopes of getting one.

A series of analyses and reports produced over the last years convey a sense of uncertainty.

Questions swirl about the financial foundations of Bougainville; the government is reliant on grants from the government in Port Moresby. What to do with an issue of such magnitude as the “lost generation”? The economy is below pre-conflict (i.e. pre-1989) levels: how can it be resuscitated? Are there enough people with higher-order public administration skills required to work through and stand up a new set of government arrangements, whether the result be “greater autonomy” or “independence”?

But few on the happy isle of Buka are descending into such disputations these heady weeks. To do so might dull the mood. These are questions for another day, for another time, for someone else to worry about and perhaps on a different plane to what the feeling is. “No matter what the result, we’ll have our sweet potato and smoked fish,” said John.

The referendum result is to be announced in Buka in mid-December. For now, we wait.