Hanoi and Pyongyang have had their share of differences, but they also have a long historical connection. 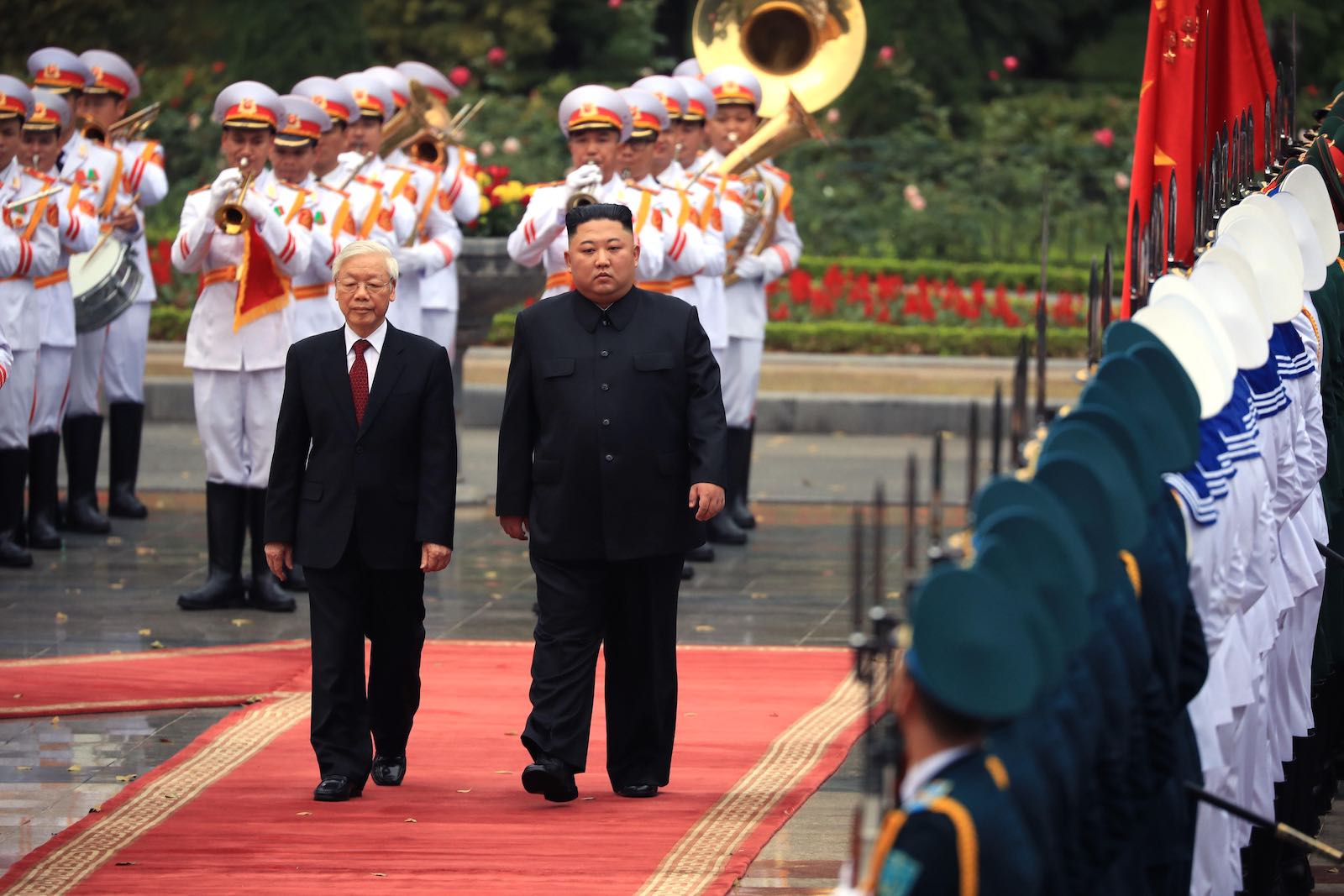 When the 2019 Hanoi summit ended in failure, then–US President Donald Trump generously offered his counterpart, North Korean Chairman Kim Jong-un, a ride home on Air Force One. Little did Trump know that unlike him, Kim was in Hanoi not only for the summit. He was also there to revive Vietnam–North Korea ties.

A day after Trump returned to America, Kim began his state visit to Vietnam – the first since 1964 by a North Korean leader. Kim met Vietnam’s General Secretary of the Communist Party and President Nguyen Phu Trong and Prime Minister Nguyen Xuan Phuc. Both sides pledged to upgrade bilateral relations established by North Korea’s founder Kim Il-sung and Vietnam’s founder Ho Chi Minh, inherited through generations, and “based on blood”.

On the 70th anniversary of the establishment of diplomatic ties in January 2020, Vietnam and North Korea affirmed their commitment to deepen bilateral relations as agreed in Hanoi in 2019. North Korea and Vietnam later congratulated one another on the success of the ruling party congresses that they both held in January this year.

Recent upticks in Vietnam–North Korea relations after 2019 are not separate events but a trend of reconciliation that began with North Korea’s desire for economic reforms.

For the most part of the last 70 years, however, Vietnam and North Korea were not on one another’s good side. Hanoi and Pyongyang were close allies during the Vietnam War years (1954–75), due to their common Communist ideology and shared hatred towards the US presence, but the alliance ended after 1975, and Hanoi and Pyongyang found themselves on opposite sides of the Sino-Soviet split. The Soviet Union supported Vietnam’s occupation of Cambodia, while Pyongyang denounced Hanoi’s ambitions in Indochina and stayed silent when China launched a border war against Vietnam in 1979.

Relations improved a little at the end of the 1980s as Vietnam withdrew troops from Cambodia. Still, when Vietnam established ties with South Korea in 1992, both sides halted high-level government exchanges for the next eight years. What explains all the ups and downs in Vietnam–North Korea relations for the past seven decades, and what do they mean for the future of the relationship?

A feature of both Vietnam and North Korea’s foreign policy is a combination of Communist ideology and nationalism. North Korea’s Juche ideology and Vietnam’s Ho Chi Minh Thought are rooted in nationalist anti-colonial struggles against Japan and France. Both emphasise the need to preserve national independence through socialist national construction. Moreover, as two single-party states, Vietnam and North Korea cannot separate the security of the state from the security of the Communist regime. Consequently, a pattern emerges that Vietnam and North Korea were close allies only when both countries shared common national security interests and ideological values. When there was a major difference with respect to either national interests or ideology, Hanoi and Pyongyang would downgrade bilateral ties.

Hanoi allied with Pyongyang during the Vietnam War for this reason. In 1958, during Kim Il-sung’s visit to Hanoi, the two countries signed a joint declaration committing one another to the united cause of building socialism and opposing the US military presence. North Korea was so committed to helping North Vietnam that Kim was willing to delay his economic plans to provide his ally aid as if the Vietnam War were Kim’s own war, and even sent pilots to fight against the Americans over North Vietnam. However, Pyongyang was not pleased when Hanoi started peace talks with Washington in 1968, as that would relieve the military pressure and allow the United States to shift its focus back to Korea. Cracks began to deepen in early 1970s, when the two countries disagreed over how to deal with America.

The US withdrawal from Indochina in 1975 meant that Vietnam and North Korea no longer had the same enemy. Hanoi’s aspirations of an “Indochina Federation” went against North Korea’s national interests, especially its close ties with Cambodia and China. Vietnam even suspected that North Korea was jealous of its victory over the US as proof of its superiority. The two countries also competed for influence in the Non-Aligned Movement. North Korea wanted to exclude Vietnam from the movement, and in return Vietnam opposed Pyongyang’s bid for the vice chair position. When Vietnam began to withdraw from Cambodia, Hanoi and Pyongyang slowly improved relations with the meeting of Vietnam’s Chairman of the Council of State Vo Chi Cong with Kim Il-sung. During the visit, Vo awarded Kim the Gold Star Order in 1988 to recognise Kim’s contributions to the relationship on the 40th anniversary of North Korea’s founding.

However, when Vietnam established ties with South Korea in 1992, following the footsteps of China and Russia, North Korea perceived the move as a “betrayal of socialism”. Hanoi and Pyongyang stopped the annual Intergovernmental Committee on Economic, Scientific, and Technical Cooperation meetings immediately after. In 1996, North Korea failed to pay Vietnam for 20,000 tons of rice worth $18 million. Several years after, Pyongyang sent a delegation to Hanoi to ask for rice out of desperation due to the ongoing famine, but Hanoi refused. Relations recovered in the early 2000s as North Korea accepted the need to reform its economy and turned to Vietnam and China for their reform experiences. The two countries resumed high-level exchanges with the visit of North Korea’s foreign minister Paek Nam-sun to Hanoi in 2000.

Recent upticks in Vietnam–North Korea relations after 2019 are thus not separate events but a trend of reconciliation that began with North Korea’s desire for economic reforms. Indeed, current Vietnam–North Korea exchanges often focus on how Pyongyang could implement the Vietnam model of economic reform within its own context. However, North Korea’s pursuit of nuclear weapons, although it does not affect Vietnam’s security, will put a cap on its ties with Vietnam. Vietnam’s businesses are ready to invest in North Korea, but international sanctions have been a huge barrier. Resolving differences of opinion on China is a further challenge. Only when North Korea re-joins the international community, as Vietnam did in the early 1990s, can both countries become close friends again. Unfortunately, that day seems to be far into the future.