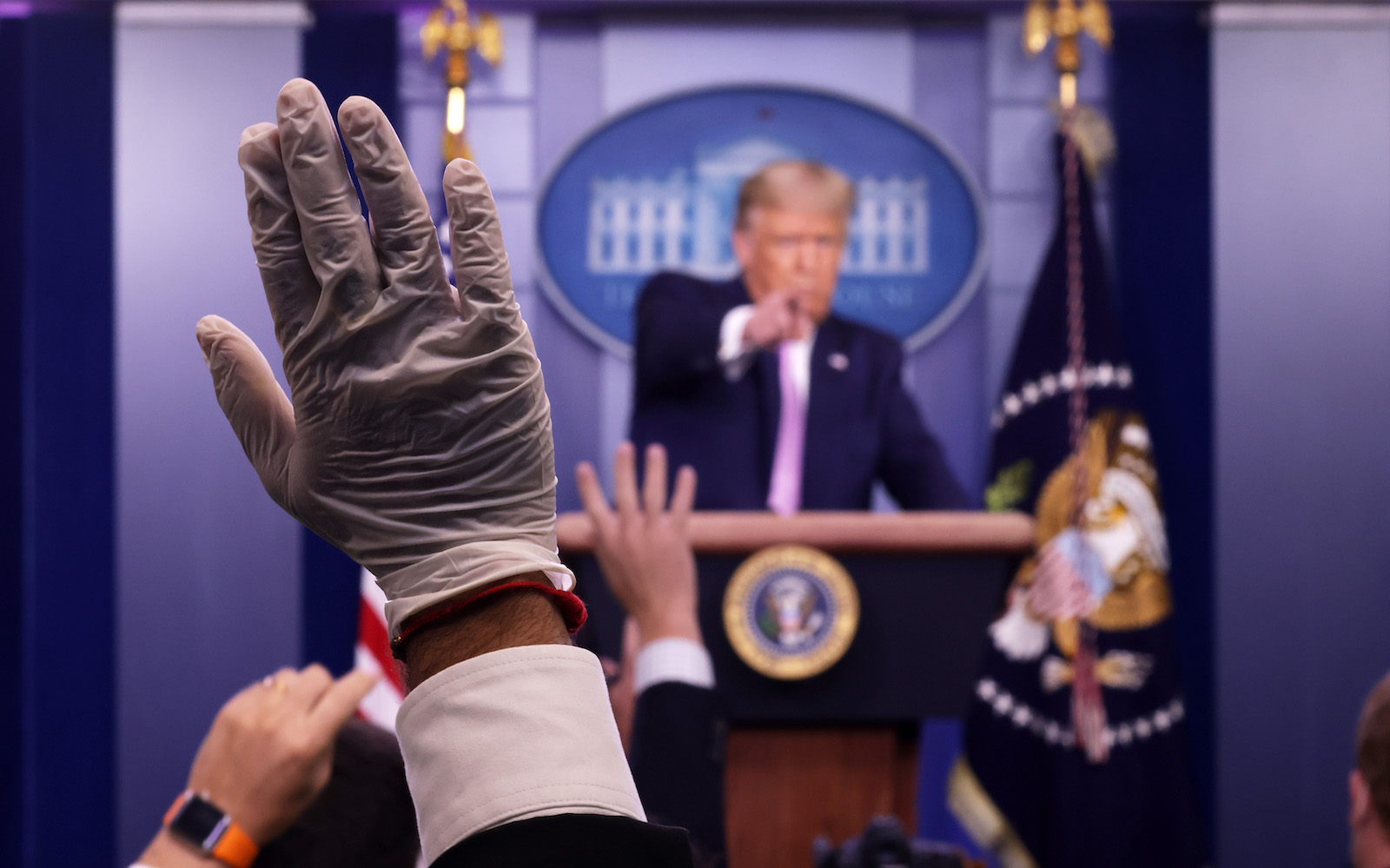 It’s August and most Americans are hot and sticky and impatient with the ongoing failure to manage the coronavirus pandemic.

Despite 160,000 Covid-19 deaths and one out of every five American workers claiming unemployment insurance, the US Congress remains deadlocked over a fifth pandemic relief package. The enhanced unemployment benefits provided in earlier legislation expired last Friday, and the moratorium on evictions also lapsed. Over the weekend, President Donald Trump signed a patchwork of legally ambiguous executive actions that are unlikely to help anyone. And parents in major cities who are still employed are grappling with the decision by many public school districts to open the school year with online-only learning.

The dynamics of the 2020 presidential race have remained relatively unchanged throughout the American summer. Trump’s job approval numbers resemble those of Jimmy Carter in 1980 and George H Bush in 1992 – the two incumbent presidents in modern American history to have lost re-election. The combination of Trump’s underdog status and the absence of much action on the political scene – with the exception of Joe Biden’s naming of Senator Kamala Harris as his vice-presidential running mate – have led to a media environment inundated with warnings about the scenarios under which Trump might remain in office.

Trump’s hysterical dystopian version of reality could frighten people – but could it frighten them more than a raging pandemic and deepening recession?

Most commentary of this type is fairly shallow, with columnists often concluding with the throwaway line “anything can happen”. While that statement is technically true, it feels inadequate, given the level of suffering across the country.

Yes, anything can happen – but the conditions that would result in the presidential race tightening in the next 80 days to produce a Trump victory are not mysterious: 1) the Biden campaign could make a series of mistakes, and/or 2) the Trump campaign could formulate an effective strategy, and/or 3) there could be an “October surprise”, or late-breaking event that shifts voters’ attention in a way that favours Trump.

Conservative commentators have suggested that Biden could lose by moving too far to the left for moderates to feel comfortable with him. Others have suggested that Biden’s failure to follow his party to the left means the Bernie Sanders wing of the party won’t show up on election day. But Biden has run a cautious, effective campaign and has remained true to the centrist politics that generated majority support for him within the Democratic Party.

And the Democrats learned from their struggle in uniting the party around Hillary Clinton in 2016. The Biden and Sanders campaigns created a joint task force in May that incorporated a number of high-profile progressives, and Bernie Sanders has been unequivocal in his support for Biden. The task force released a series of proposals in July to inform the party platform. Biden leaned to the left in some areas but didn’t fundamentally change his positions, or court controversy: he’s not going to embrace Medicare for all, and he is not going to support efforts to defund the police. With the selection of Harris, a pragmatic former prosecutor, Biden has elevated a woman of color to the vice-president spot for the first time – a long-overdue moment for the Democratic party – while also reinforcing his centrist policy preferences.

It’s doubtful that the Trump campaign can meaningfully persuade voters outside of its hard-core, MAGA base, but Trump will of course be an aggressive opponent. Trump has trialled three types of attack against Biden: Biden is a socialist/puppet of the left, Biden is corrupt, and Biden is declining mentally and not up to job.

The not-cognitively-nimble criticism of Biden is the most credible, but it’s worth considering how one septuagenarian demonstrates that another septuagenarian is mentally unfit. Biden has remained out of the news cycle by design. With the collapse of the party conventions into virtual-only events, the three presidential debates in late September and early October stand out as the main opportunity to judge the candidates in real time.

In recent sit-down interviews, Trump has appeared particularly inept in responding to obvious questions. He looked foolish on Fox News attempting to demonstrate his intellectual acuity, and in a recent interview with Axios fumbling with charts on Covid-19 deaths. The Axios interview also provided a vivid display of Trump’s detachment from the reality of the suffering throughout the country. Biden is known to produce cringeworthy moments in debates, but empathy is his strength.

The former vice president is performing reasonably well in terms of fundraising, but the Republicans are almost certain to raise more money. It seems likely that this massive war chest will be employed in political advertising that plays out Trump’s hysterical dystopian version of reality. This approach could frighten people – but could it frighten them more than a raging pandemic and deepening recession? I would apply the same critique to the likelihood that an October surprise event could sway voters’ in Trump’s direction. It’s possible but not likely.

Trump’s most likely path to remaining in office beyond 2020 lies in squeaking out a technical victory through the Electoral College, as he did in 2016. Because he has performed so poorly as president, and he is running against a less polarising political figure, Trump will need to lean into the authoritarian tactics he has embraced previously to manipulate the election – i.e., discredit the system, divide and rule, suppress the vote, distort the truth and attack the news media.

These tactics align with long-standing Republican efforts to restrict opportunities to vote. Democrats expect to fight Republicans on several fronts to ensure equal voting rights, but the breadth of Trump’s disregard for democratic norms is unique among his predecessors. The precarity in the current moment flows from not knowing how vulnerable the American electoral system is to the specific threat posed by the person now in office.