Washington's hard line on abortion and the ICC almost sank Germany’s plan to improve the prosecution of perpetrators. 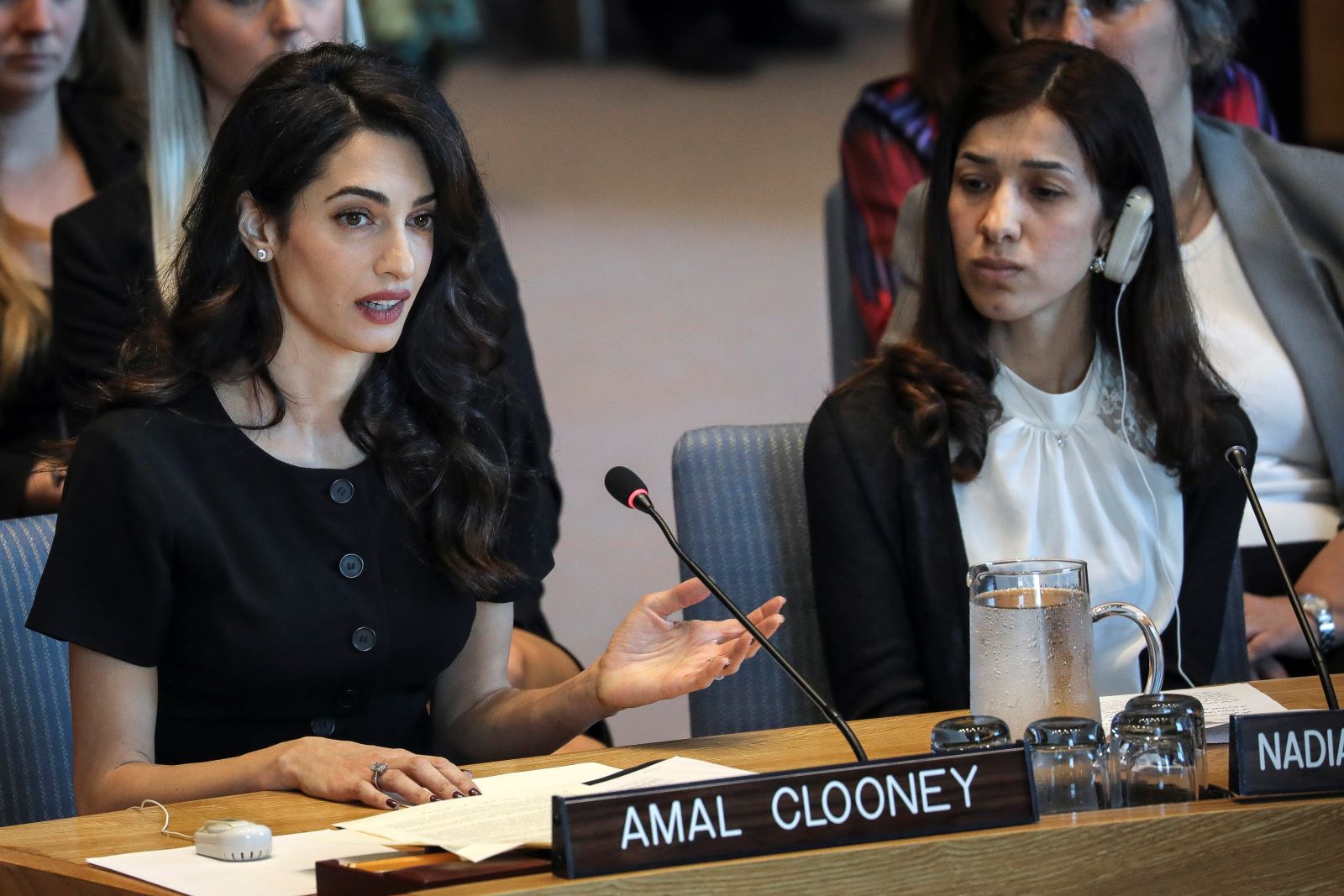 Overnight, the UN Security Council held its annual Open Debate on Conflict Related Sexual Violence. As current president of the Council, Germany hosted the debate. It has been preparing all year and held an Arria Formula meeting in February on strengthening accountability for conflict-related sexual violence. Germany wanted the debate to cover two key issues: accountability and survivor-centred responses. Germany wanted the Council to pass a new resolution, but negotiations flipped the script on its head.

The US threatened to veto the resolution because of provisions on sexual and reproductive health rights of survivors, as well as language on the role of the International Criminal Court (ICC) in prosecuting perpetrators. These are both hugely controversial points of negotiation and when the debate came around, 90 member states made statements.

Clooney said we have a unique moment in time help end impunity for conflict related sexual violence by investigating and prosecuting foreign fighters who travelled to Syria and Iraq.

However, after Germany agreed to US demands, the Council eventually passed resolution 2467, with Russia and China abstaining.

The US objection to language on the International Criminal Court (ICC) appears to be linked to Secretary of State Mike Pompeo’s recent remarks that “the ICC is attacking America’s rule of law.” Not long after that statement, the State Department revoked the visa of ICC Chief Prosecutor Fatou Bensouda.

China backed the US on this issue and developed alternative language that emphasised the importance of national prosecutions. This is notable given China’s opposition to "internationalising" the Rohingya crisis despite the Burmese military’s widespread rape of Rohingya and other ethnic minorities. The Burmese government shows no signs of holding perpetrators to account for these crimes. Indeed, based on its report to the Committee on the Elimination of Discrimination Against Women earlier this year, it remains institutionally unwilling and unable to prosecute offenders.

Luckily, the Rome Statute of the ICC has more legal weight than a Security Council resolution on general matters of accountability. Under the Rome Statute, sexual violence can be prosecuted as a war crime, crime against humanity or genocide. When States Parties are unwilling or unable to investigate and prosecute these crimes, the ICC has the jurisdiction to step in. But the number of successful prosecutions for these crimes remains woefully low.

Not only should the Security Council be doing all it can to support prosecutions of conflict-related sexual violence, but member states should be undertaking investigations and prosecutions in their own courts. Several members of the Security Council highlighted this point. Indeed, States Parties to the ICC are obliged to investigate and prosecute war crimes, crimes against humanity and genocide in their own court systems. As human rights lawyer Amal Clooney highlighted in the debate, we have a unique moment in time help end impunity for conflict-related sexual violence by investigating and prosecuting foreign fighters who travelled to Syria and Iraq from countries like Australia, the UK, US, France and Germany.

It is not possible to have a survivor-centric response to conflict-related sexual violence if you trample all over the human rights of survivors. There has been a global outcry against US threats to veto the resolution over language on comprehensive sexual and reproductive health. Even once the resolution had passed, many Council Members spoke out in support of earlier language including sexual and reproductive health rights and expressed their deep concern about the removal of this language from the final text.

The representative from Belgium explained: “we urged that provisions of comprehensive healthcare services to survivors be included in the resolution. That includes freedom of choice and access to safe abortion for women who have been raped.” France’s Francois Delattre said “we are worried that the threat of veto was used to bring into question 25 years of precedent of women’s rights.”

In this context, the final language used is offensive in its allusion to choice. It “recognises that women and girls who become pregnant as a result of sexual violence in armed conflict, including those who chose to become mothers, may have different and specific needs.”

For twenty years, resolutions on women, peace and security have been built on a foundation of women’s rights. Operative paragraph nine of UNSCR 1325 “calls upon all parties to armed conflict to respect fully international law”, specifically including the 1979 Convention on the Elimination of All Forms of Discrimination against Women. The preambles of six of the eight previous resolutions recall the Beijing Platform for Action, which remains the strongest document of women’s rights and gender equality.

The US position is connected to the longstanding policy of Republican administrations known as the Global Gag Rule that prevents non-government organisations from providing or referring women to legal abortion services. But the US approach to these negotiations goes far beyond this policy and is more likely to be directly linked to the deeply conservative views of Vice President Mike Pence and Secretary of State Mike Pompeo.

While the passing of UNSCR 2467 marks some progress toward improving the operationalisation of the women, peace and security agenda, sexual and reproductive health is a gaping hole in the resolution. It falls short of the stated aims of the Council president and opens a space for an expanded “unholy alliance of the US, the Russians, the Holy See, the Saudis and the Bahrainis” who have been working to undermine women’s rights at a plethora of UN forums.