The killing of George Floyd snapped America awake to racism – again. The problem runs deeper than a rogue president. 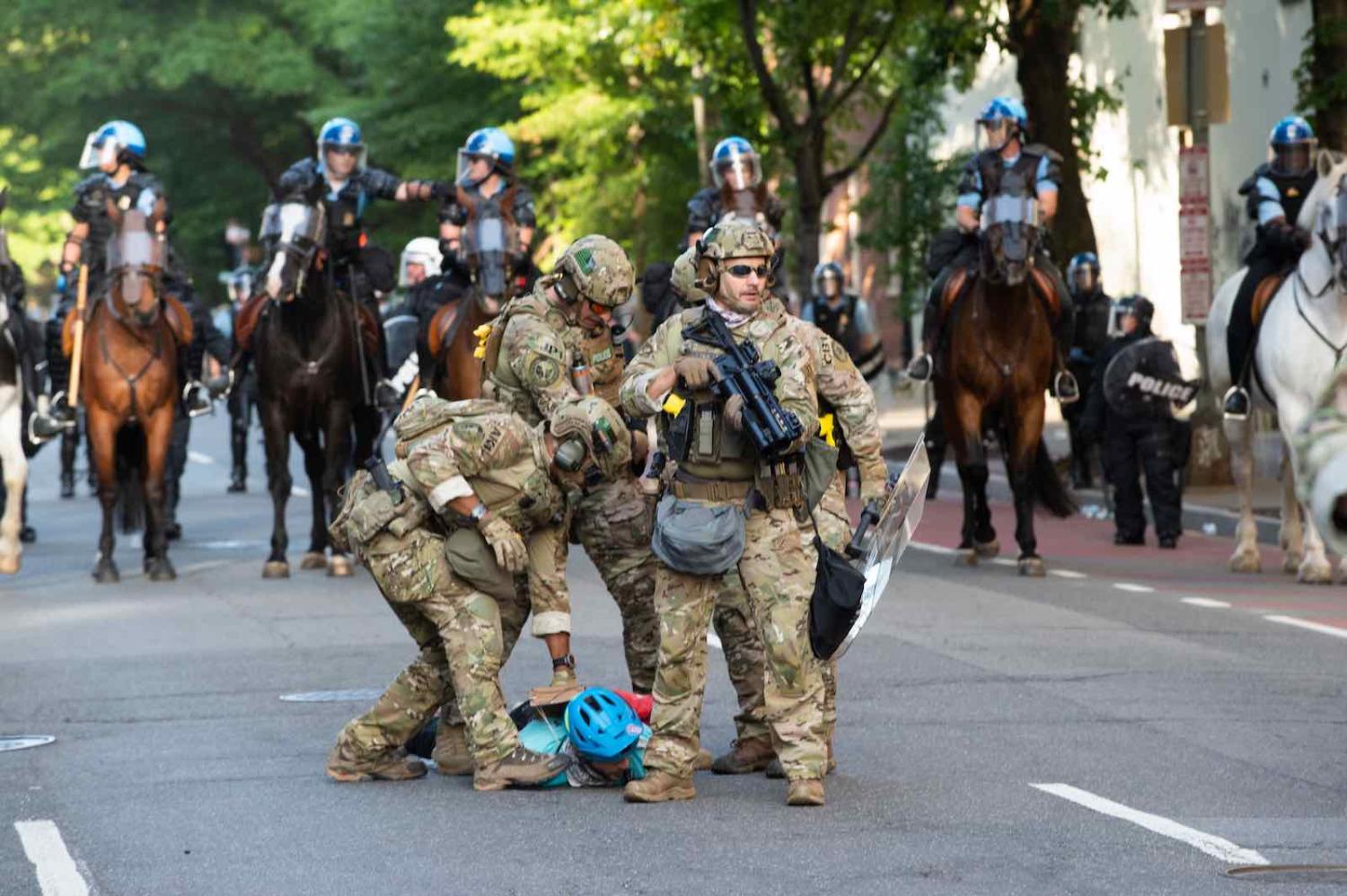 In reaction to the death of a black man in police custody in Minneapolis – its brutality captured on video – mass demonstrations arose across 140 American cities and around the world this week. The protests have been, and continue to be, dominated by people peacefully holding signs that read, “I can’t breathe” and bearing witness by calling out the names of the black Americans who have recently died in police custody (George Floyd! Breonna Taylor!) or by the hand of white vigilantism (Ahmaud Arbery!).

The current unrest also includes images of people breaking windows, looting shops and destroying property. In Minneapolis, where George Floyd was killed, the police station and surrounding businesses were set ablaze. The people committing these acts of violence are a small fraction of the whole, but their actions have an outsize impact, as they make for dramatic news footage and also enable detractors to label all the protests with the same broad brush.

Members of Black Lives Matter (BLM) form an important part of the current protests. The movement originated in 2013, following the acquittal in Florida of a white man in the shooting death of unarmed black teenager Trayvon Martin, which sparked a national outrage over white impunity in such crimes. During this week’s demonstrations, local BLM organizers could be seen on television and in videos posted on social media pleading with people to remain non-violent and non-destructive.

The response by law enforcement to the unrest has differed from city to city. Approximately 74,000 members of the National Guard have been activated across the US. Police departments in even small American cities have appeared in full riot gear and deployed aggressive tactics. But there are also police chiefs walking with the protesters, like in Flint, Michigan, and individual police officers taking a knee in solidarity with the protesters – in homage to football player Colin Kaepernick, whose silent protests led President Donald Trump to pronounce, “Get that son of a bitch off the field”.

If this moment is going to matter in terms addressing systemic racism, Americans need to avoid getting distracted by Trump and acknowledge that electing Joe Biden is no replacement for a real reckoning with the brutality of American history.

Most people didn’t need Twitter to warn them that Trump’s words and actions in response to the protests this week were likely to glorify violence. Trump’s tweets included racially charged language echoing 1960s southern segregationists, threatening “thugs” that “when the looting starts, the shooting starts.”

The President didn’t directly address the American public until Monday night. In an effort to project strength, Trump planned to follow his public remarks in the White House Rose Garden with a walk out of the front gates of the White House and across Lafayette Park to nearby St John’s Church (which had been the site of a small protest-related fire). There were peaceful protesters in this area all day.

Reporting by The New York Times has revealed that Trump was furious after a weekend of news reports that he believed made him look weak. He was also angry with state governors for failing to control the unrest. He berated them and threatened to deploy the military to defend life and property. Secretary of Defense Mark Esper reinforced Trump’s message, telling the governors to “dominate the battlespace”.

Around 6:30 Monday evening, Trump began his brief remarks in the Rose Garden, stating, “I am your president of law and order and an ally of all peaceful protesters.” As he spoke, National Guard members rumbled up to the White House in military-style trucks, and heavily armed members of the Secret Service started moving towards the protesters. An aggressive show of force – including mounted police, police in gas masks, smoke and flash grenades, and pepper spray – drove the protesters, along with some clergy from St John’s, out of the area.

In addition to the display outside the White House, General Mark Milley, Chairman of the Joint Chiefs of Staff, walked the streets of Washington in his battle dress uniform, with military helicopters hovering low. The National Guard was deployed throughout the city, including a formation that blocked the entrance to the Lincoln Memorial. The Washington Mayor Muriel Bowser called the use of force outside the White House, which began before the city’s 7 p.m. curfew, “shameful”, and said she wants federal military assets deployed outside of the White House complex to get out of Washington.

There was so much wrong with what happened on Monday that even former Defense Secretary Jim Mattis couldn’t stay silent, stating that Trump “tries to divide us” and that Americans are “witnessing the consequences of three years without mature leadership”.

Much has been made of the parallels between this past week and April 1968, when protests and riots broke out following the shooting death of Dr Martin Luther King, Jr. In November 1968, the specter of disorder directly contributed to the election of Richard Nixon, a so-called “law-and-order” president (whose law-breaking eventually forced him to resign before he could be impeached).

The upside for Trump’s political opponents is that Nixon was not running as an incumbent president in 1968. And if the issue of race is going to be front and center in the 2020 campaign, it seems unlikely to benefit Trump, whom most Americans consider to be a racist.

But if this moment is going to matter in terms addressing systemic racism, Americans need to avoid getting distracted by Trump and acknowledge that electing Joe Biden is no replacement for a real reckoning with the brutality of American history.

This reckoning is difficult, even for many progressives who are invested in a storyline that connects the civil rights movement, racial progress and the election of Barack Obama – a storyline that effectively bypasses the last 50 years of implicit bias and racial injustice.

In a forthcoming book, Begin Again, Princeton Professor Eddie Glaude Jr mines the work of writer and civil rights activist James Baldwin for lessons that would apply today. Glaude argues that Americans must confront Baldwin’s core message that America’s basic creed of equality is, and always has been, a lie.

But Glaude also highlights a path forward in the title of his book. For those who are willing to acknowledge the pervasiveness of America’s unjust treatment of black people, it’s time to begin again. Quoting Baldwin: “Not everything is lost. Responsibility cannot be lost, it can only be abdicated. If one refuses abdication, one begins again.”

It is breathtaking just how quickly Donald Trump’s recklessness has eroded the US position in the world.
Stephen Grenville, Roland Rajah 17 Sep 2020 07:00

Funding the deficit is a necessary short-term measure, but “free money” can lead down a dangerous path.
2 Feb 2017 16:47