What rumours about the Russian president’s health reveal about the Kremlin – and the rest of us. 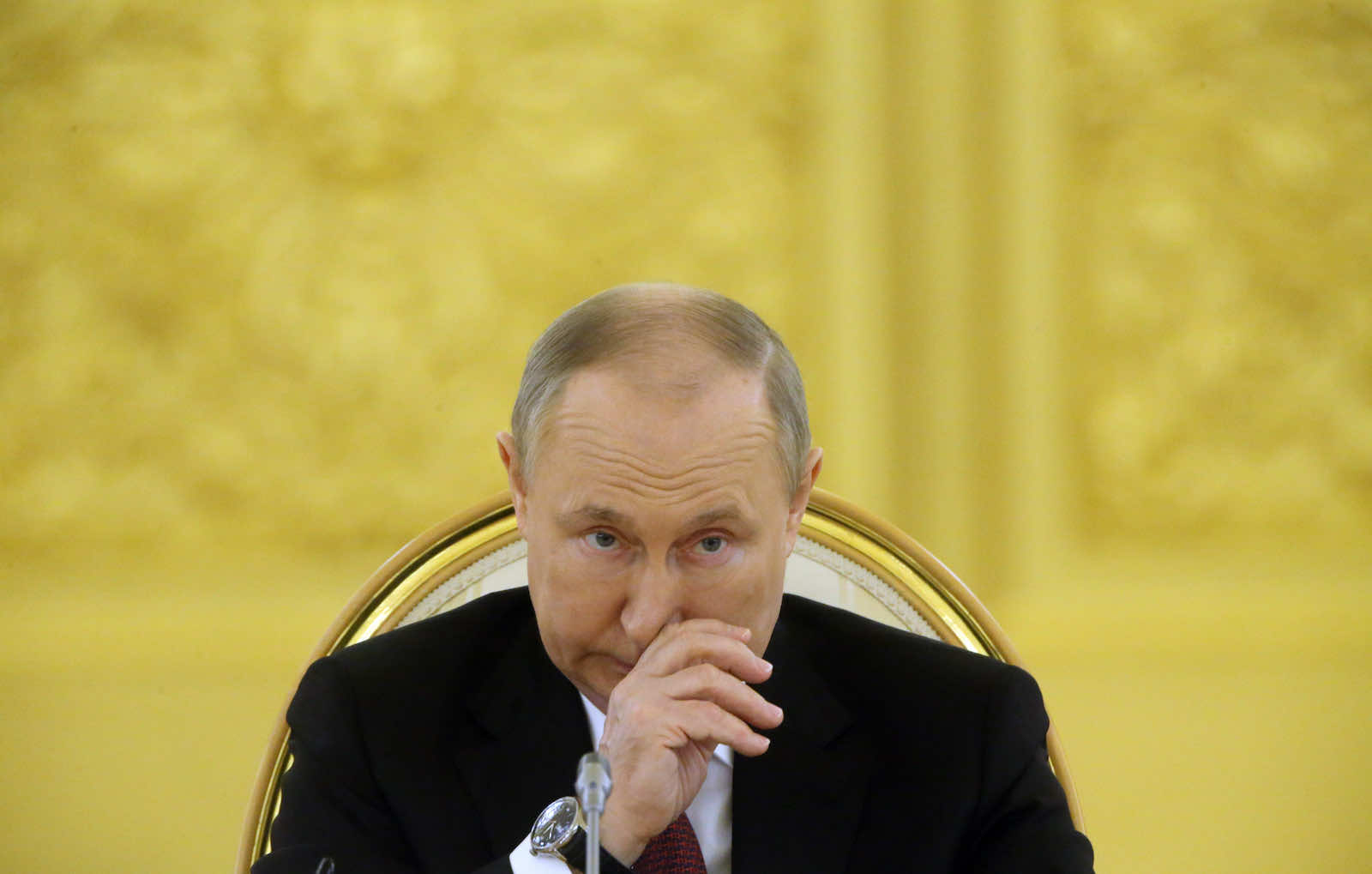 Even if illness is a poor explanation for the errors Vladimir Putin has committed to date, it may inform the future (Getty Images)
Published 7 Jun 2022 09:00   0 Comments       Follow @MSewillo

Smoke hangs low over Europe’s skies. Most rises from pulverised Ukrainian cities, ruined by Russian artillery. Some, however, emanates from the ceaseless swirl of rumours about Vladimir Putin’s health. If there is smoke, does fire necessarily follow? What is gained by speculating about the dictator’s health? What might his wellbeing say about his decision to invade Ukraine and subsequent conduct of war? And what might it reveal about our own beliefs?

Today’s whispers have two sources. The first is Putin’s dramatically changed appearance. As recently as five years ago, his face was lean and ruddy: past its best, but still passable for the staging of photos that depicted his impeccable machismo. Photos from this year tell a different story: Putin’s face is now grotesquely bloated. The second is a meeting between the Russian leader and his Defence Minister, Sergey Shoigu, on 21 April. The footage, which has been analysed as though it were a lost Zapruder tape, appears to show Putin gripping the table in an apparent attempt to remain upright.

Some believe Putin’s physical transformation is the result of an overzealous commitment to fillers or botox, perhaps inspired by his friend Silvio Berlusconi. Others contend that it is simply the normal ageing process of a man now nudging 70. But undoubtedly the loudest voices belong to those who believe Putin is seriously ill.

According to an exclusive report in Newsweek, American intelligence has concluded that Putin was treated for “advanced cancer” in April. His health is apparently the subject of active discussion inside the Biden administration. Students of the Shoigu meeting are convinced Putin has Parkinson’s Disease. An anonymous FSB officer has claimed that Putin has been diagnosed with an aggressive liver cancer and has just three years to live. Ukraine’s Defence Intelligence chief Kyrylo Budanov, meanwhile, has trumped them all, asserting that Putin in fact has several serious illnesses. So loud have the whispers become that Shoigu himself recently denied them.

Many claim that Putin’s decision to invade was itself a sign of illness. Barely 100 days old, the war has come at such a catastrophic price – in blood, treasure and prestige – that surely it could only have been the product of an ailing mind, or one which no longer cares about the future? Perhaps. But the Kremlin’s strategic blunders are much better explained by the fact that Putin has built a regime where frank and fearless advice is a career-limiting move, and toadies get ahead.

In truth, it is impossible to make a firm judgement about Putin’s health because reliable intelligence about the Kremlin is in short supply. Remember that the vast majority of credentialled analysts greatly overestimated Russia’s military strength prior to its invasion of Ukraine. Earlier than that, key details about Putin’s private life and regime were kept under tight wraps. Journalists and dissidents who attempt to shed light on the regime’s inner workings are murdered with impunity. Whatever credible intelligence remained has largely evaporated as a result of the Covid-19 pandemic and Russia’s diplomatic isolation since 24 February invasion.

But serious analysts, regardless of their proximity to power, should still be preparing for a scenario where Putin is ill. Why? Because even if illness is a poor explanation for the errors Putin has committed to date, it may inform the future.

In the near term, Kyiv and its allies cannot dismiss the possibility that an ailing Putin will continue to make irrational decisions. Perhaps he will become even more indifferent to the loss of Russian and Ukrainian life. Or, knowing he will not be alive in the world that follows, he may ignore the usual principles governing the use of nuclear weapons. It is difficult to deal with a madman – or a sick man with nothing to lose.

Looking further ahead, provisionally accepting the hypothesis that Putin is indeed ill will help the West prepare for the political reverberations his death will cause in Russia. Whether Putin dies in six months, three years, or clings to life and power for another decade will have major implications for the sort of country Russia will be in a generation. The sooner he dies, the higher the variance of military outcomes in Ukraine and political outcomes at home. The longer he remains, the more likely the consolidation of his despotic political order, Russia’s continued isolation from the west, and its search for insalubrious allies.

To put it plainly, lots of people want Vladimir Putin dead. Partly, this stems from an understandable desire for revenge. But such a wish reflects our lack of understanding or influence over how the war he started will end.

Putin’s health is an important factor in how the war plays out. Whether it is delivered by an assassin’s pistol or by his Maker, his death will cause rejoicing and chaos in near-equal measure. In the meantime, just as we must guard against misinformation regardless of its source, we should also be alert to wishful thinking and motivated reasoning. Beware of anyone who has pivoted smoothly from amateur epidemiology, to geopolitics, to faraway oncology.