It seems Trump has been co-opted by the powerful military and foreign policy establishment in Washington - memorably described as 'the Blob' by former Obama adviser Ben Rhodes. 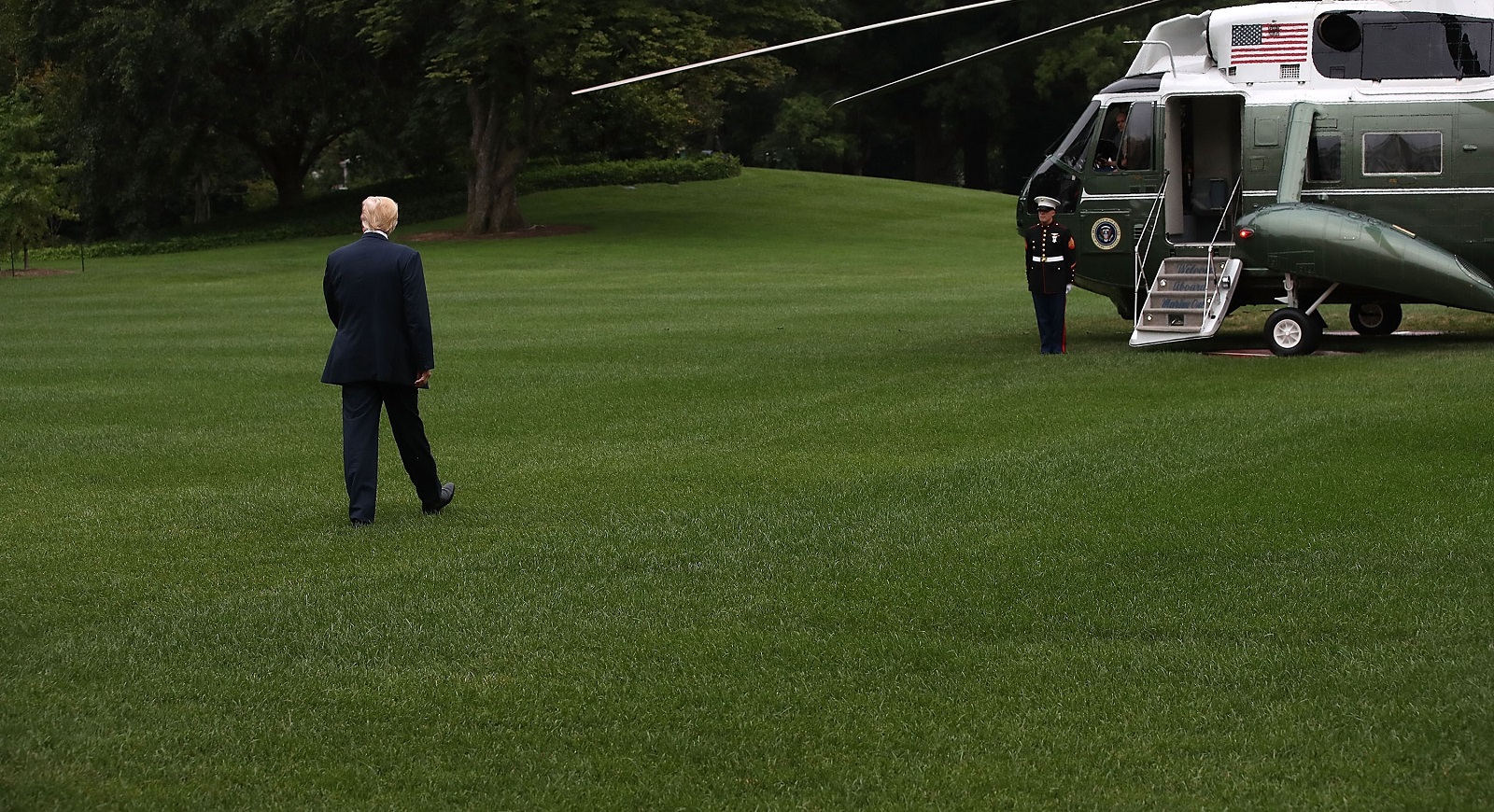 The task of those who will determine, at some later stage in the 45th US president’s tenure, what exactly constitutes the ‘Trump Doctrine’ may have become easier this week.

Donald Trump the Republican candidate campaigned as a committed opponent of nation-building and other traditional tenets of US foreign policy. In power, he has continued to call into question support for European and Asian allies and preferred to praise authoritarianism - or at least authoritarian leaders - ahead of democracy and other liberal ideals.

Yet, in Monday’s decision to prolong American involvement in the protracted conflict in Afghanistan, Trump appears to have categorically abandoned neo-isolationist stance. And, while the President has previously adopted more orthodox positions when challenged on particular issues, only later to retreat and return to his original, radical viewpoint, there is good reason to believe this most recent reversion to the mean will have staying power.

It's worth noting that by, journeying beyond what he described as 'his original instinct to pull out of the conflict', Trump has followed a path similar to that trod by his predecessor. Barack Obama came to power promising to pull the US back from the world stage (albeit in a more gradual and orthodox fashion than Trump advocated), but ultimately succumbed to a certain level of adventurism that disappointed non-interventionists. This included a particularly ill-fated endeavour in Libya and, in 2009, ordering a major escalation in Afghanistan. It's interesting to note Obama's decision to send an additional 30,000 troops (while also promising to start bringing forces home in mid-2011) was announced in a manner that seemed to presage his successor’s: same military academy setting; same invocation of Afghanistan as the ‘epicentre of extremism’ or similar.

In terms of the merit of Trump's new policy, there is certainly a strong argument to be made that the US has an obligation to finish what it began in Afghanistan and, as Trump alluded to, avoid creating a security vacuum like that in Iraq and Syria that allowed the creation of the Islamic State. But, given the past evidence from the country and the dire state of modern day Afghanistan, it remains doubtful that once more increasing troop levels while attempting to apply pressure to Pakistan in an effort to bring the Taliban to heel will have a lasting effect. As far as managing the threat of extremism goes, the reality is that a large and prolonged foreign presence in a country - and particularly if it involves Americans in a Muslim nation - has a pronounced effect on levels of radicalisation, as evidenced in Iraq and also documented in academic literature.

Many prominent figures, United Nations Secretary-General Antonio Guterres among them, continue to stress that there can be no lasting military solution in Afghanistan. And, after 16 years of failing to achieve one, US politicians and policymakers might reasonably take them at their word.

Trump is unlikely to want anything to do with what many Afghanistan experts contend is the only possible lasting solution to the crisis - a robust peace process involving direct negotiations with the Taliban - but it's far from certain that doubling down on the military option will serve the long-term interests of US security. It certainly won't please Trump’s sizeable number of isolationist supporters, many of whom turned on him after the airstrikes in Syria earlier in the year.

So why has Trump chosen to pursue a potentially politically damaging move at a time when he, suffering basement-level approval ratings, desperately needs to maintain the support of his most rabid supporters? One possible reason is that he hates losing and can’t countenance another unsuccessful withdrawal from a theatre of conflict.

Yet Trump as a candidate expressed no compunction in calling for a withdrawal from Afghanistan. The change in his overall foreign policy position has also been remarkably pronounced when we consider that, in referring to the Venezeulan crisis, the president raised a military option seemingly out of nowhere, while National Security Adviser HR McMaster’s George W Bush-like invocation of preventive war against North Korea appears to have gone unchecked.

A much more likely explanation is that Trump has simply but quite effectively been co-opted by the powerful military and foreign policy establishment in Washington - memorably described as 'the Blob' by former Obama adviser Ben Rhodes, and which Trump supporters might identify as a subsection of the Swamp - which typically advances a more activist international agenda than the general public and, at least for the last two administrations, the White House.

As with the earlier Syrian strike, which prompted CNN’s Fareed Zakaria to declare that Trump ‘became president’, the Afghanistan decision appears to have conferred a new degree of legitimacy in the eyes of many. Senator Lindsey Graham, for example, declared himself ‘proud’ and ‘relieved’ by the plan, while Senator Marco Rubio tweeted that the strategy was ‘put together the right way’ and ‘very good’. It is significant that both are among the most committed foreign policy hawks in US Congress and both had also recently criticised other Trump moves, including his tepid response to white nationalist violence.

Such respect might be enticing for a president who has been sorely lacking it recently, though that won’t stop the likes of former Trump chief strategist Steve Bannon, now back at home at the firmly isolationist Breitbart News, of either attempting to modulate the president’s newfound positions through renewed mobilisation of his base, or again inciting populist rage in favour of disrupting the establishment itself. Such efforts won’t outlast the war in Afghanistan, but they could certainly incite some nasty battles.