What to do about North Korea's nuclear weapons program, how the US is ceding its position as leader of the global economic order, PNG's election and more. 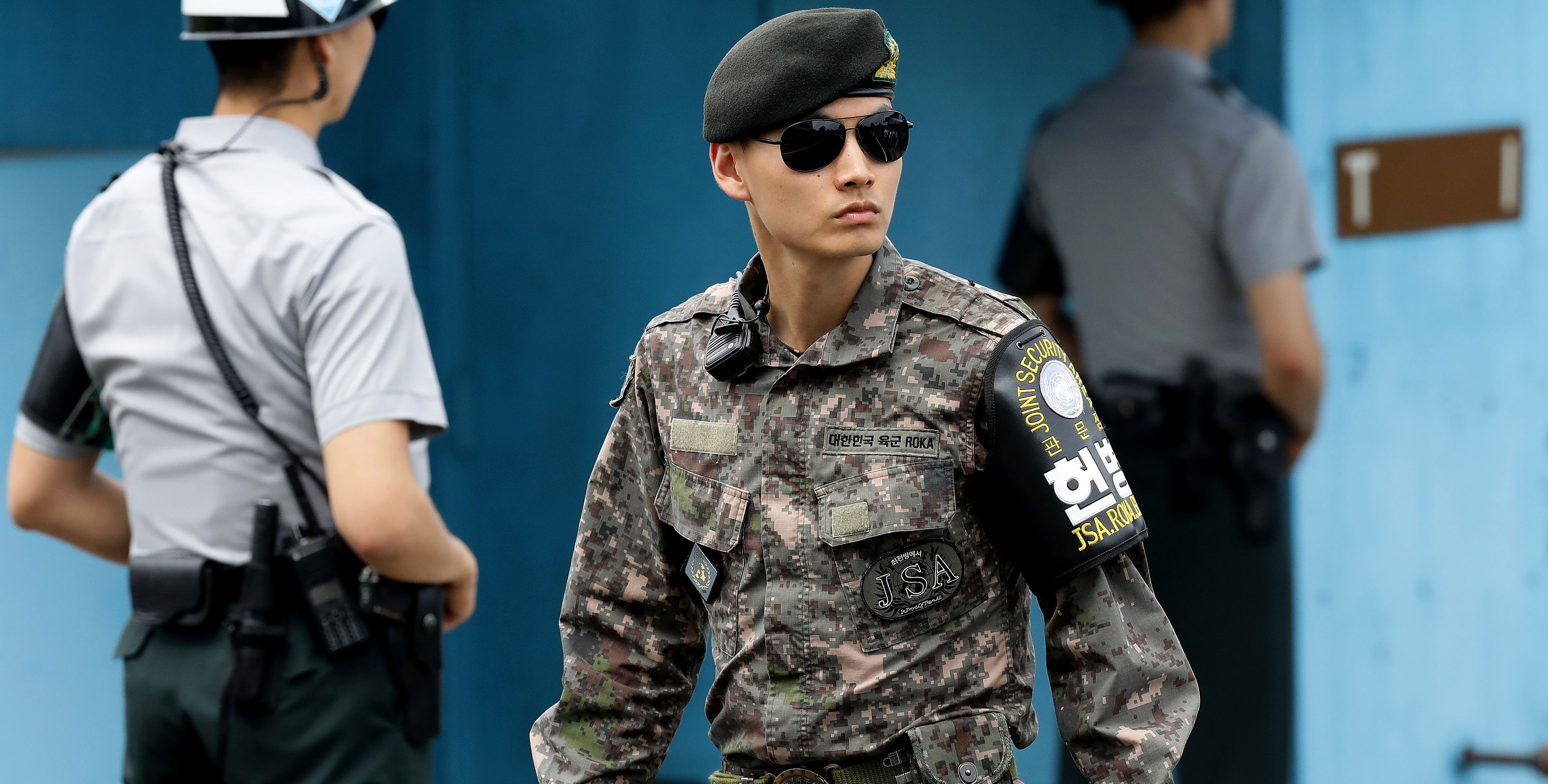 Last week's intercontinental ballistic missile test by North Korea is still being dissected on The Interpeter. What can be done to disrupt North Korean progress on nuclear weapons? Peter Layton:

The conventional options have been tried. Sanctions, diplomacy and military threats have all been employed and found ineffective. Some advocate repeating these earlier efforts, but that seems pointless. But there are a few other alternatives that might impose pain on North Korea and its long-term protector, China. Without pain, why would either nation reconsider the path they are on?

Despite this development, war on the Korean Peninsula remains unlikely, argues Robert Kelly:

There are other reasons why military action won't happen, including the possibility of Chinese involvement spiraling into a Sino-US shooting war, and North Korean use of human shields around bombing locations. But the South Korea veto alone is sufficient to stop this, and it is in place for at least the next five years.

Morris Jones weighed in on the claim from South Korean intelligence agencies that the ICBM potentially failed to produce a successful warhead re-entry after launch:

It is highly probable there was indeed no successful re-entry on this flight, but that should not be immediately interpreted as a setback for the program – North Korea has successfully tested re-entry technology on previous missile launches, effectively proving that a warhead can survive the plunge to its target. It is thus possible that North Korea did not actually install a proper re-entry vehicle on this ICBM test, choosing instead to focus on the performance of the missile itself.

With Australia's north now within hypothetical range of a North Korean nuclear strike, the prospect of missile defence systems reared its head once again in the national debate. Stephan Fruehling:

In a debate based on analysis-by-soundbite, a range of basic factors – the significance of the threat; the systems that might be useful to defend Australia; indeed, what ‘missile defence’ actually is – risk being very much confused.

Following the test, the UN adopted a draft treaty that would ban the development, production, possession, stationing or deployment of nuclear weapons. John Carlson on the treaty's significance, as well as its limitations:

There are some serious problems with the text. These problems reflect the fact that negotiations took only four weeks, an unprecedented pace for a treaty of such importance, and that the treaty was adopted without the usual practice of consensus.

The resignation of the members of Election Advisory Committee a week ago, however, has cast a dark cloud over the Electoral Commission’s credibility as an independent institution. Among other reasons, committee members claim they were starved of certain baseline data and information. They also claim they were not as sufficiently resourced as they should have been by law.

Earlier this week the Chinese literary star, human rights activist and Nobel laureate Liu Xiaobo died aged 61 in hospital in China, where he was being treated for liver cancer. The Australian government's silence on the plight of Liu and his family is shameful, argued Elaine Pearson, Australia Director of Human Rights Watch:

Prime Minister Malcolm Turnbull likes to speak of freedom. This week in London he said, ‘to defend freedom we cannot give free rein to its enemies’. It’s time to stop having those discussions in the abstract and speak up on behalf of courageous people in China such as Liu Xiaobo, especially when they most need it.

Following the G20 summit, John Edwards wrote on US President Donald Trump's slow acclimation to the realities of global trade:

They don’t say so, but European leaders probably also recognise that US presidents are usually difficult on trade issues, and for all his efforts Trump has yet to prove himself more unsatisfactory than his predecessors.

With the US increasingly ceding its position as leader of the international economic order, the G20 grouping may prove a workable substitute, wrote Roland Rajah:

As the US increasingly vacates its role in leading the international economic order, it is clear that no other single country is capable of filling its shoes. China and Germany have been cited as potential contenders. But neither is really up to it. China is not ready, and probably not as interested as it portrays. Germany’s economy, despite its strength, is too small on its own to corral others’ cooperation.  The EU has significant economic weight but, as as a group of nation states subject to their own domestic politics, it cannot make up for the absence of US leadership.

This is where the G20 comes in.

Greg Earl on the EU-Japan free trade pact, what it might mean for the TPP11, and what both indicate about the changing nature of global trading norms:

It seems clear the joint shocks of Trump’s election and the Brexit vote helped to push these two major economic powers – which owe much of their post-WW2 prosperity to US-led globalisation - to fill the gap now left by the US. The brevity of the official statement on the eve of the G20 meeting about the so-called 'cars for cheese' agreement between the two suggests there is a lot still to be resolved. Nevertheless, this is the first major demonstration of countries pushing ahead with new pro-globalisation measures amid the uncertainty about the US.

The Malabar naval exercises (featuring the US, India and Japan, with Australian officials observing) were underway this week, coming at a time of heightened tension between India and China. Shashank Joshi:

While India blocked Australian participation in this year’s Malabar for reasons that continue to be debated, India and Australia did hold a substantive bilateral naval exercise in June, and Canberra is present at Malabar as an observer. More importantly, Indian officials have hinted that Malabar 'is likely to become a quadrilateral exercise, with Australia’s inclusion, perhaps as early as next year'. If true, this would be a major development for the Indo-Pacific, resuscitating 2007’s Quad in more propitious circumstances: nationalist leaders in office in three of the four capitals, Australian anxiety over Chinese political influence, and a downward slide in Sino-Indian relations.

Later this month, China will engage in naval exercises of its own with Russia in the Baltic Sea. James Goldrick on how the exercise may suggest an alignment between the two nations on their respective approaches to their bordering seas:

What littoral states must fear is some form of Baltic quid pro quo for Russian support of China’s artificial islands and domination of the South China Sea.

While the South China Sea is not directly in India’s interests, containing a rising China now seems to be in order to prevent what Ram Madhav, senior leader of India's BJP, recently termed a '21st century version of neo-colonialism'.

For Vietnam, more friends is always the better option.

In Europe, Google has copped a €2.4 billion fine for advantaging its own products in its search engine. Stephen Grenville on how to go about globally regulating the tech giants:

There may be room for different rules in different countries but, for a medium-size country like Australia, the room for setting our own rules is limited. In a world where global rules are scarce and under pressure, Brussels’s tentative rule-making in these new areas of market power should be applauded as an attempt to provide some de facto global rules for the technology giants.

And finally, Matthew Dal Santo on Trump's controversial address in Poland, and the merits of the message (if not the messenger):

On the other hand, issues of social solidarity and how it is generated must arise in a multicultural society that no longer posits a single unifying culture, ethnicity or creed. As we celebrate ‘diversity’, the possibility of discerning the common good – even its status as the goal of the political process – fades from view.